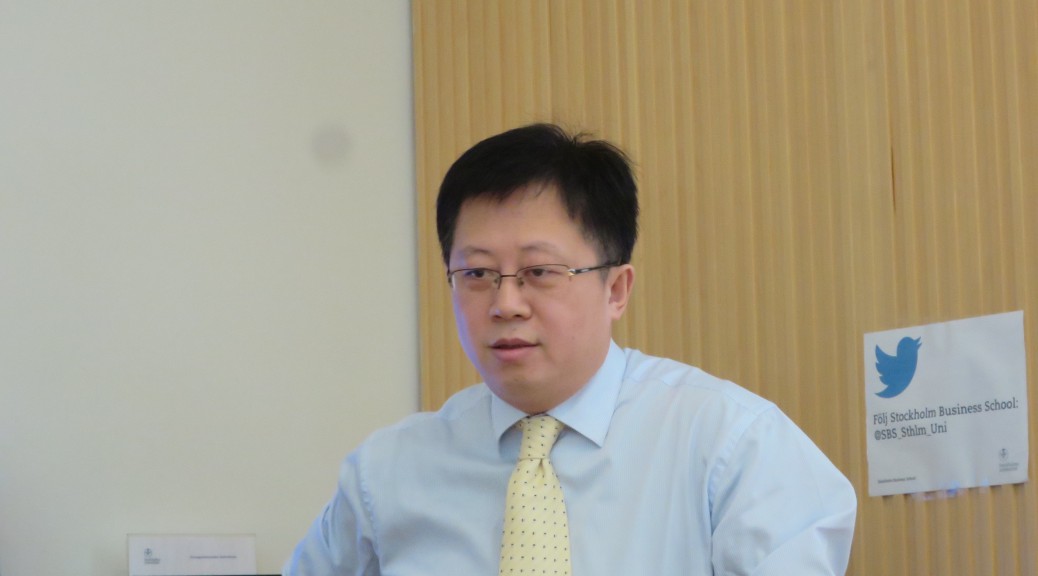 STOCKHOLM, Feb. 25(Greenpost)–Chinese Economic &Commercial Counsellor Han Xiaodong at the Chinese Embassy in Sweden attended a seminar on Chinese economy and Sino-Swedish economic and trade relations organised by the Business School of Stockholm University on Thursday. 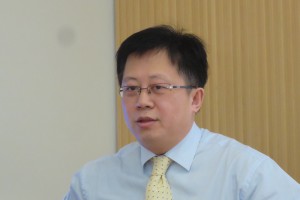 He said Chinese economy is at a “New Normal ” situation transformed from the vicious cycle of high speed, unbalanced structure and being unsustainable to benevolent cycle of reasonable speed, high quality and balanced structure.

Chinese President Xi Jinping has put up forward the strategic development blueprint of belt and road aiming at helping neighbouring countries in Asia and Central Asia along the silk road to develop infrastructure such as fast train.

In Shanghai,  the new free trade zone has been established so that the registration time reduced to three days from 10 days.

Through over 30 years of development at a rate of 10 percent on average, China has become the second largest economic community. But the per capita GDP in China is still lagging behind that in developed countries.

Last year China invested 14.8 billion US dollars in 49 countries along belt and road.

Han didn’t forget to mention that there are also some problems in China such as environmental issues,  saying that one third of the population are affected by smog.

This was due to the large number of vehicles and the power plants as well as other reasons. 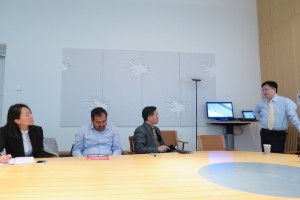 He pointed out that the new potential areas for bilateral trade will be based on China’s huge markets, industrialisation, IT, urbanisation and agricultural modernisation. He said high speed train will be an important product for China’s export.

The seminar was hosted by Professor Tony Fang.  Two vice professors, one assistant professor and some PhD students attended the seminar held  at the business school of Stockholm University.