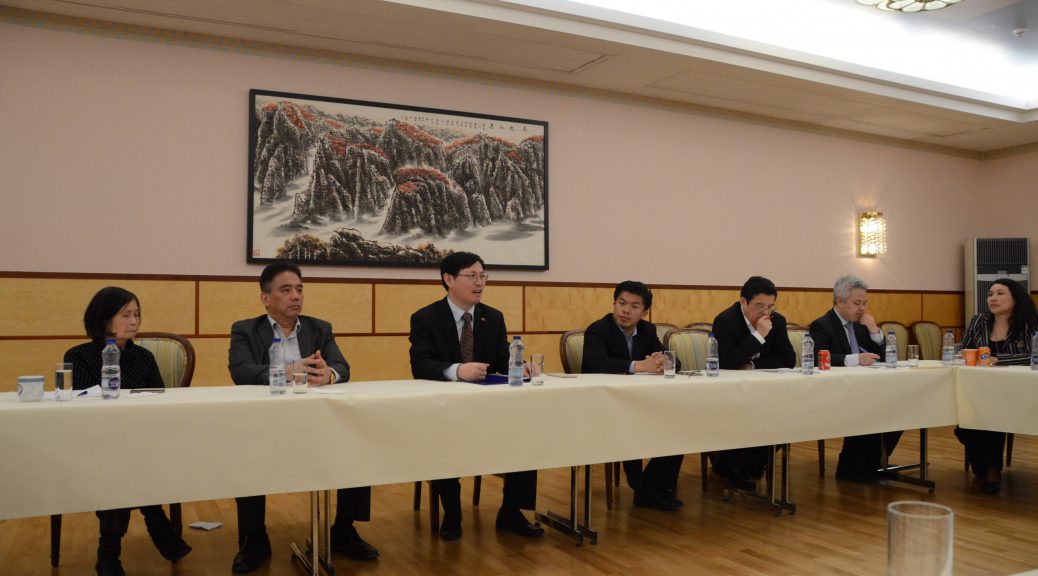 STOCKHOLM, May 4(Greenpost)– Overseas Chinese leaders in Sweden Wednesday gathered at the Chinese Embassy in Stockholm to discuss the situation in the South China Sea. 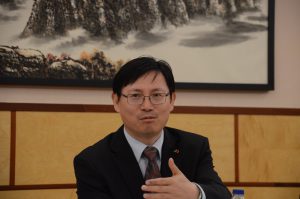 Li Junfeng, Charge D’affair at the Chinese Embassy said at the gathering that he has heard some western reports proposing such questions such as South China Sea Islands are so far away from Chinese mainland, how can that belongs to China?

“The territories and jurisdictions are not decided by how far it is away from the mainland. Hauwaii sits far away from the American mainland, but no one can deny that it belongs to America.  In fact, South China Sea Islands belong to China since ancient times. China is the first to discover, name and develop these islands. Chinese government exerted its sovereign rights over these islands. Chinese government has published the names of these islands in 1935, 1947 and 1983. ”

During the Japanese invasion and occupation of China in the 1930s, the islands were temporarily occupied by the Japanese. But after the Second World War when Japanese was defeated by the Atomic Bombs thrown in by the Americans, China took back these Islands with the observance of the United States and the International Communities. It was well recognised by the International Communities.

There were no disputes before the 1970s. However,  after the 1970s, the Philippines illegally occupied eight small islands through four military actions causing the South China Sea dispute.

In 1999, the Philippines sent a ship to an island there and left there. When the Chinese side went to ask them to leave, the Philippine side said they lost a screw in the ship. They would leave later when they get the ship repaired.  But that was an excuse. Since then they never left.

He also said that China insists on solving the dispute through peaceful negotiations and ASEAN countries should work together for a common prosperity in the region.

“China believes in that saying: Relatives from far away is not as useful as a neighbour which lives nearby.  Let alone China and the Philipines share similar oriental culture. Sooner or later, the friendly relations between the two countries should be resumed, and that should be the right track,”  said Li.

“China has never changed its stance of leaving dispute aside and achieving common development,” said Li.

His stance was supported by the Chinese in Sweden. 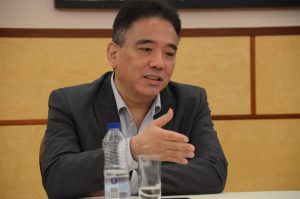 James Wang, President of the Chinese Federation of Industry and Commerce in Sweden said South China Sea Islands belonged to China since ancient times. It is hard to believe that other countries claim them.  China has the full right to protect its own territories. 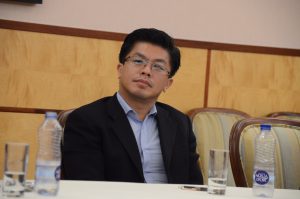 Peiqun Ye, Executive Director of Swedish National Federation of Chinese Associations said as China grows stronger, the dispute will be less. He hopes that in a couple of years, the situation will change for the better. 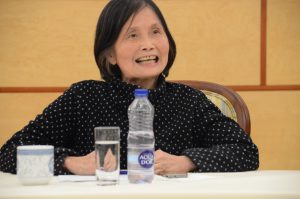 Liran Yang, former chairwoman of Stockholm Chinese Cultural Association said all the women of the Chinese origin or second generation should exert their influence by giving true explanation of Chinese history and evidence that China owns the South China Islands. 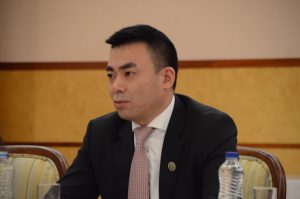 Yuli Wang, Vice President of the Swedish Chinese Federation of Industry and Commerce said he doesn’t rule out the possibility that some people are jealous of China’s develepment over the past years and want to disturb the peaceful environment China enjoys.

Jisheng Wang, honorary Chairman of Swedish Chinese Federation said China has no doubt to hold its bottom line about the South China Sea Islands which belonged to Chinese since ancient times.

“The Philippines has been colonised many times by other invaders, but with China, similar to other parts of China, the Philippines used to pay tribute to the Chinese. It is right not to recognise the Philippines’ unilateral action about the South China Sea Islands,” said Wang.

About 20 Chinese leaders of various associations in Sweden attended the talk and expressed support for China’s stance on the so-called South China Sea issue.

For Chinese it is not an issue, but other countries around the South China Sea began to claim some islands and even occupy them illegally. 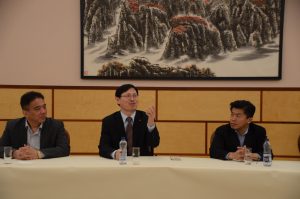 Li Junfeng said the Philippines claimed Huangyan Island and other smaller islands belong to them. But the fact is that according to the Paris Treaty signed in 1898, The Washington Treaty signed in 1900, British and American Treaty in 1930, the Philippines’ western border lies in 118 degree in longitude.  And Huangyan and other Islands lie in the west of 118 degree in longitude. After the Philippines got independent, its national law recognizes the relevant treaties about its territories.

In 2013, the Philippines sued China to the International Arbitration Tribunal in the Hague. China accused the Philippines went against their promises of solving the problems through bilateral negotiations.

It is hoped that the current Philippine presidential election will vote out the Aquino government so that the South China Sea issue calms down.

Swedish Foreign Minister Margot Walström said at least the South China Sea area is in peace. In deed, China has actually played a great role in stablizing the Asian situation and bringing prosperity in the region with the focus on  booming economic development.

Many people in China actually think the government was not tough enough in dealing with the dispute. But many wise Chinese drew the lessons of American invasion of Iraq.

It is easy to enter into a war, but it is difficult to withdraw from the war.  “Man can say that they won the war but lost the peace,” said Li.

He said hegemonism doesn’t work because China is still a developing country and China needs a peaceful environment for economic and social development. Some super powers have taken impulse actions and created a lot of enemies for themselves. That is not good for a harmonious world.

China still embraces the idea of building a harmonious world with its neighbours and all the people who love peace.