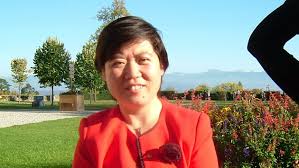 Stockholm, Feb.6(Greenpost)– What makes economy grow?  Investment. In 1994, I started a program at China Radio International. It was called Investing in China. I chose the music and I wrote every report. At that time, China opened its arms and welcomed any investment she can get.

The early stage investment mostly came from Hong Kong, Taiwan, Singapore and Japan as well as many other Asian and European and American companies. Mostly overseas Chinese. In 1996, Citrön car from France settled in Wuhan, Hubei Province and Singapore Industrial Park just started to build.

Zhejiang and Jiangsu province were the vanguard of the provinces that attracted foreign investment. It proved that wherever the investment goes, there will be rapid growth.

After five years attracting investment for basic production, China survived Southeast Asian financial crisis. Why? Fan Gang, a famous Chinese economist said China produced a lot of basic products or low end of goods which are necessities, thus it is not affected by economic crisis.

The same is true.  My classmate opened a grocery store and sold milk to local Canadian customers. During 2008 financial storm, she continued to earn money and was not affected very much.  Whenever there is a crisis, it often affects the luxurious products.

In the current world, the production capacity was too much. Why can that happen? I think there are three reasons. One is the wrong calculation or planning of the National Reform and Development Commission. The other is the corruption which means unnecessary projects carried out due to bad intention. The third is the idea of Great Leap Forward to continue to keep fast growth.

The growth is still very fast in China, but the side effects are huge. The environment is a key side effect. The other is the hectic life style.  During the 1980s, Chinese people lived a very cozy, inefficient but kind of slow life while people in America worked 17 hours a day and many democrats didn’t like it.

Now the Chinese worked so hard while people in the west realised that was not sustainable. Many people become old now.

Has China been saturated in investment? I don’t think so at all. There is still room to build schools, kindergartens, hospitals, elderly homes, swimming pools, sports playgrounds and many more.  There will be more need in home services, elderly services, psychological services and good parks in the small towns or countryside.

I believe there will be a trend that more people like to go back to the countryside or remain in the countryside.  Big cities are too big to be comfortable.  Too many cars to avoid smog.

It is also imperative to collect rain water and build artificial lakes wherever possible.

Investment in the poor areas is still necessary. Once every village has safe drinking water, safe decent toilet and good road, swimming pool and playground, or cinema, then I will say China’s development will enter a slow 2 or 3 percent growth.  Thus investing in China still pays, in my opinion.