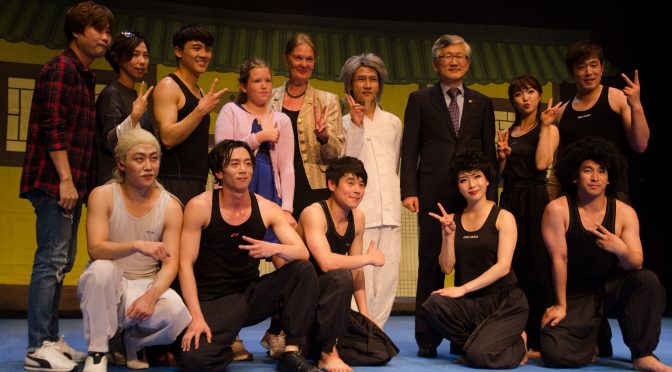 STOCKHOLM, June 19(Greenpost)–South Korean Martial Arts Jump has been performed in Stockholm and warmly welcomed by the Swedish and Korean audience recently.

“There are nine characters in the group and it is about a big family whose members are all good at Taekwondo  or South Korean Martial arts. The story is about their dealings with thieves.” said Producer Kyeong-Ah Han in an interview with Greenpost before the performance. 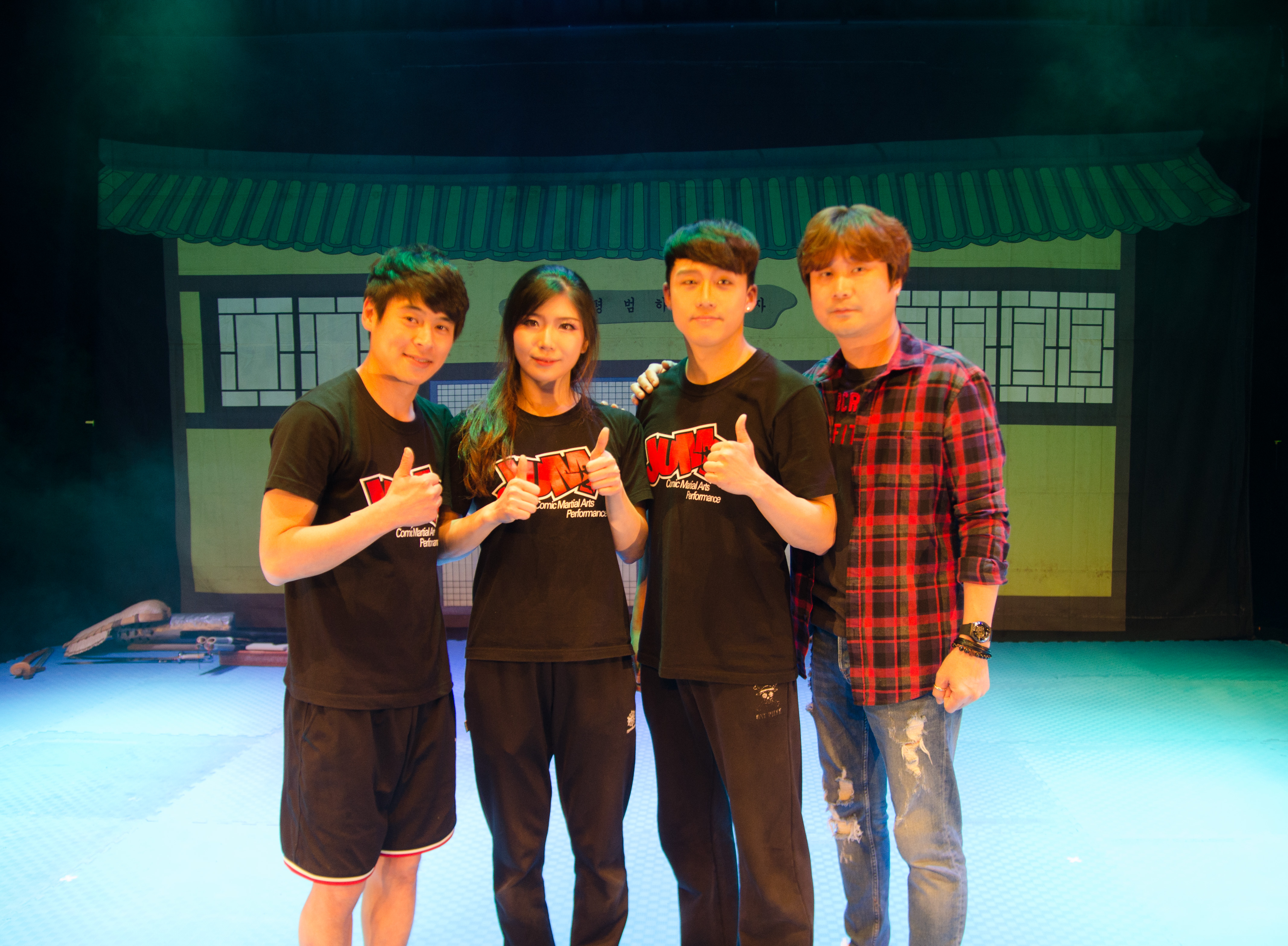 Art Director June-Sang Lee said the story is taken a style of Taikwondo or South Korean Martial Arts with funny actions. Taikwondo has been very popular in South Korea since it has been put into the school curriculum. It is a national sport. 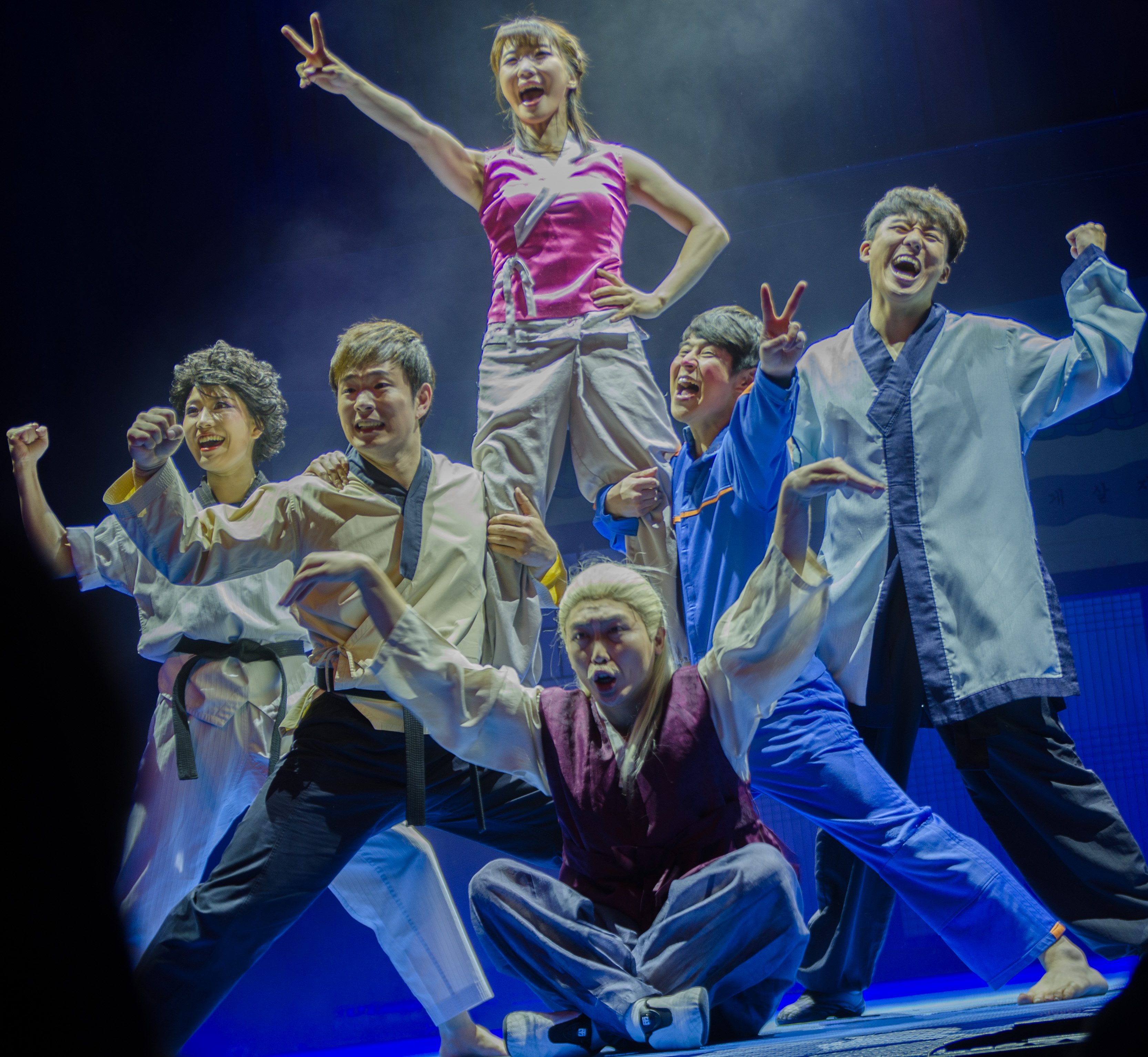 “The performance is mainly funny actions, thus was loved by audience and we have performed in many countries in the world including the US and Japan. This time we came to Europe to show South Korean culture,” said  Lee. 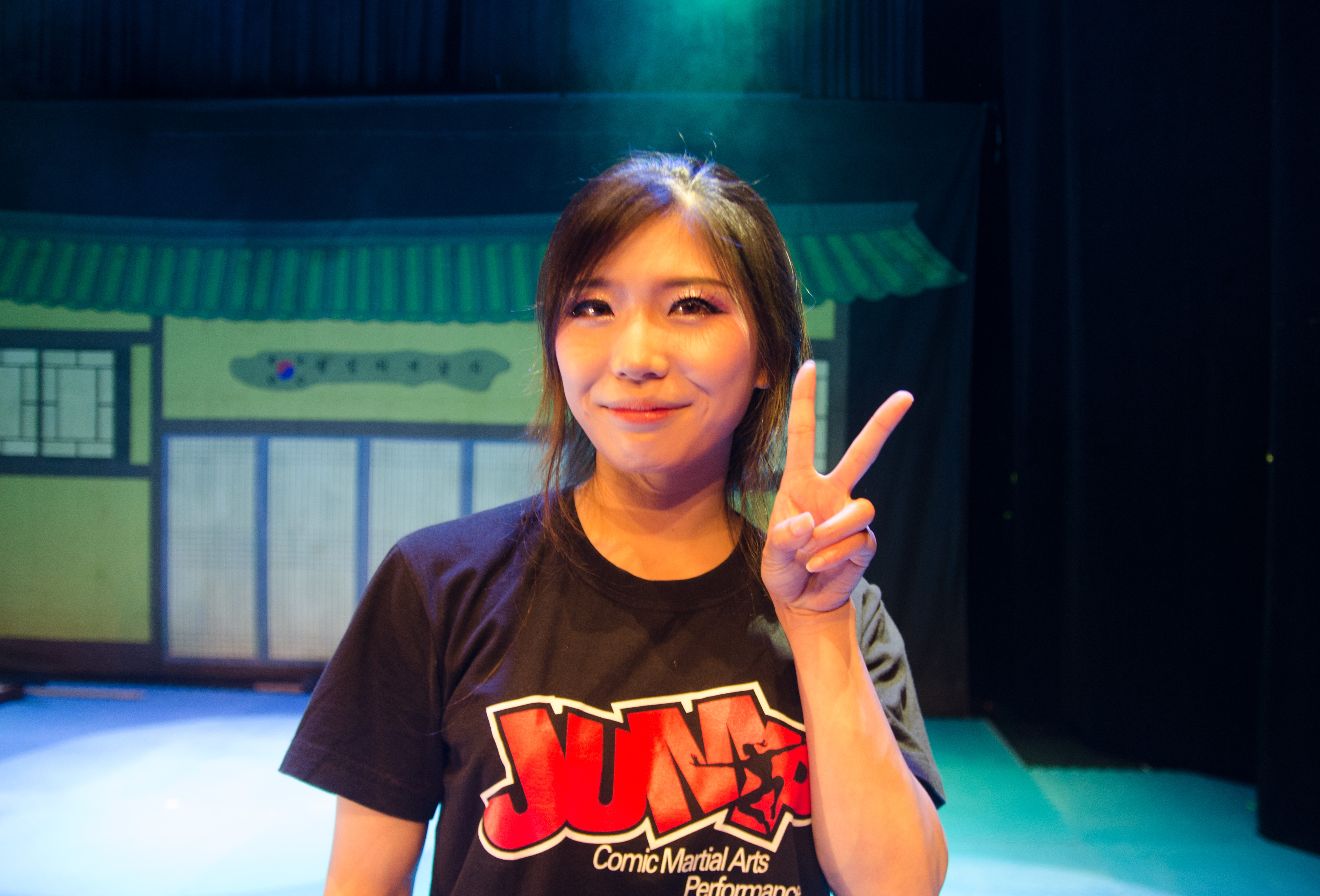 Hyeran Ahn is one of the two actresses and performs a  mother in Jump.

“I am 30 years old and have performed  for five years. I studied sports first and then I studied performance subject. At the beginning I was a little worried because I was performing with boys. But as I am familiar with it, I enjoy it very much. ” 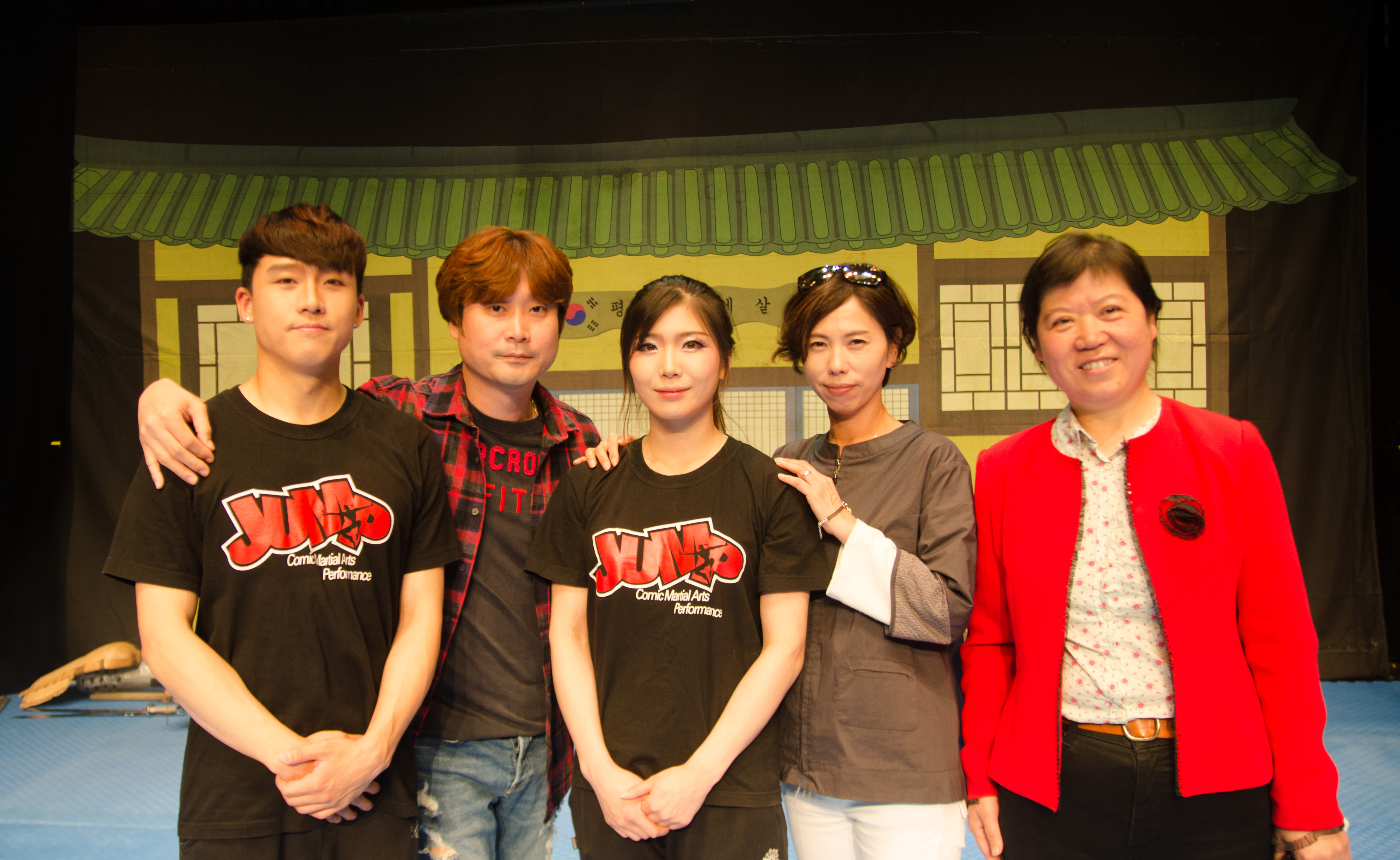 The middle three, from left to right, is Art Director Lee, Actress Ahn and the Producer Han. The woman in red is the journalist Xuefei Chen Axelsson. The very left is one of the actors. 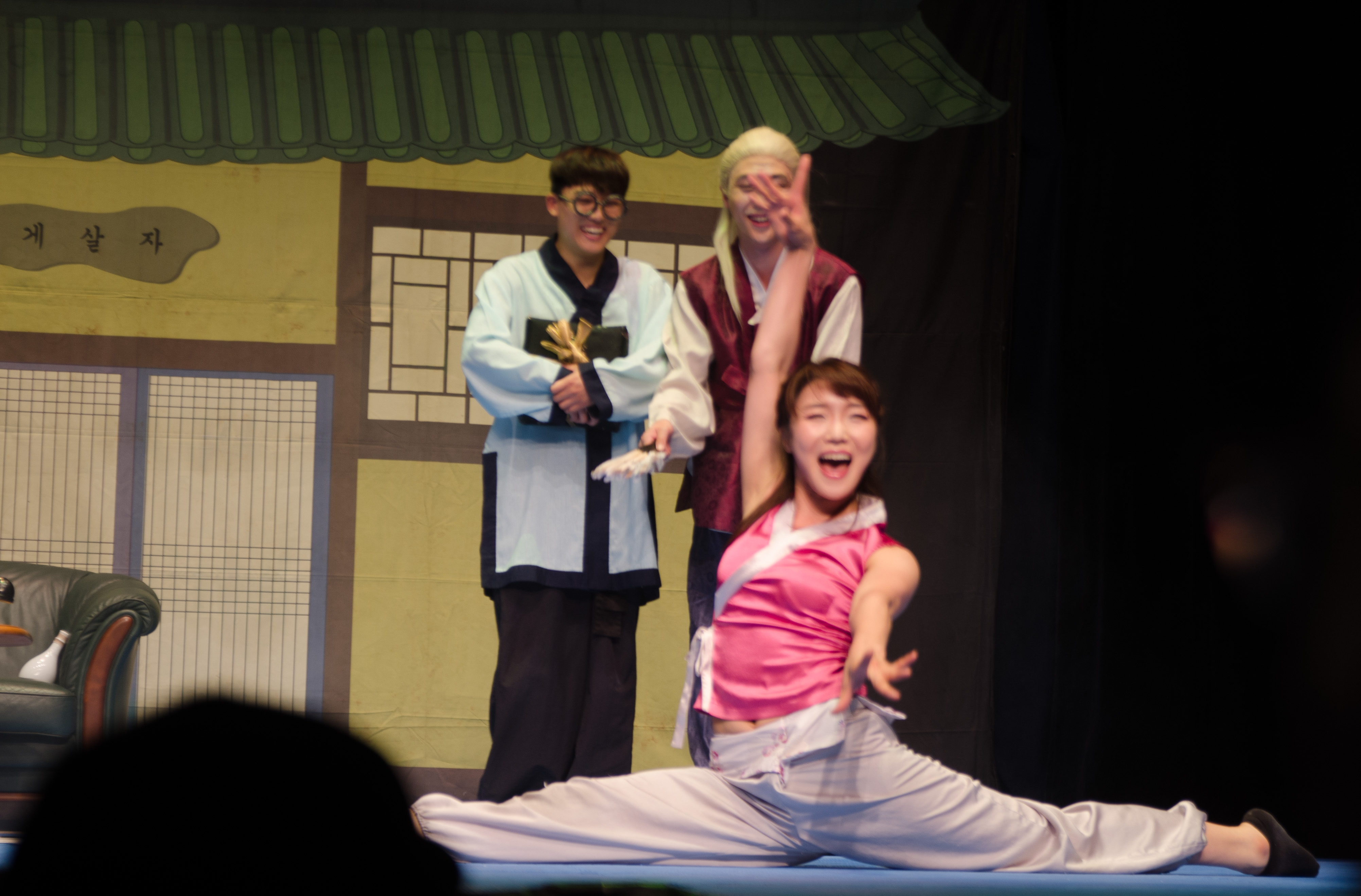 This was the first appearance of the actress Ahn at the very beginning.  The two in the back were also very funny during the performance. 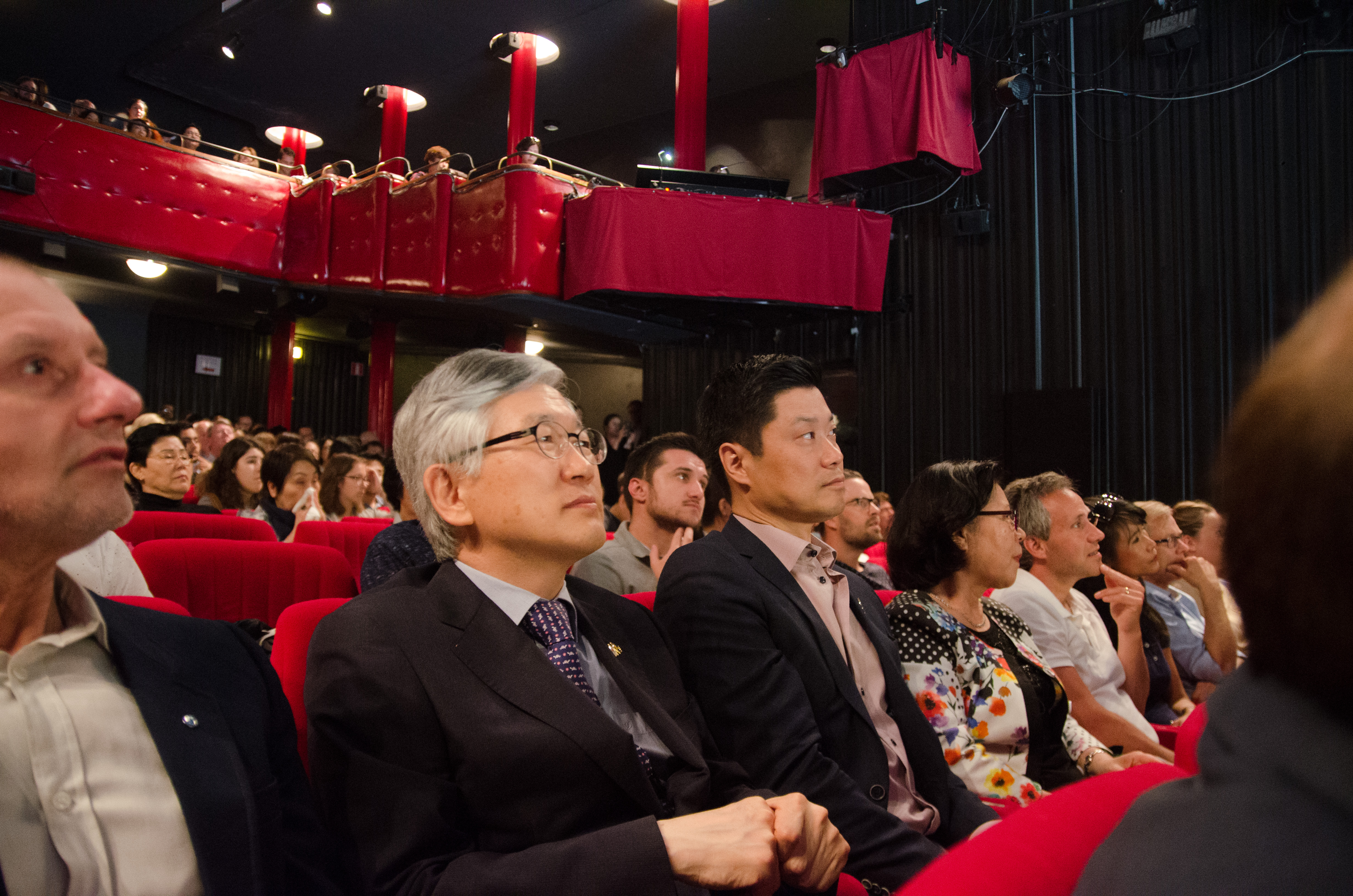 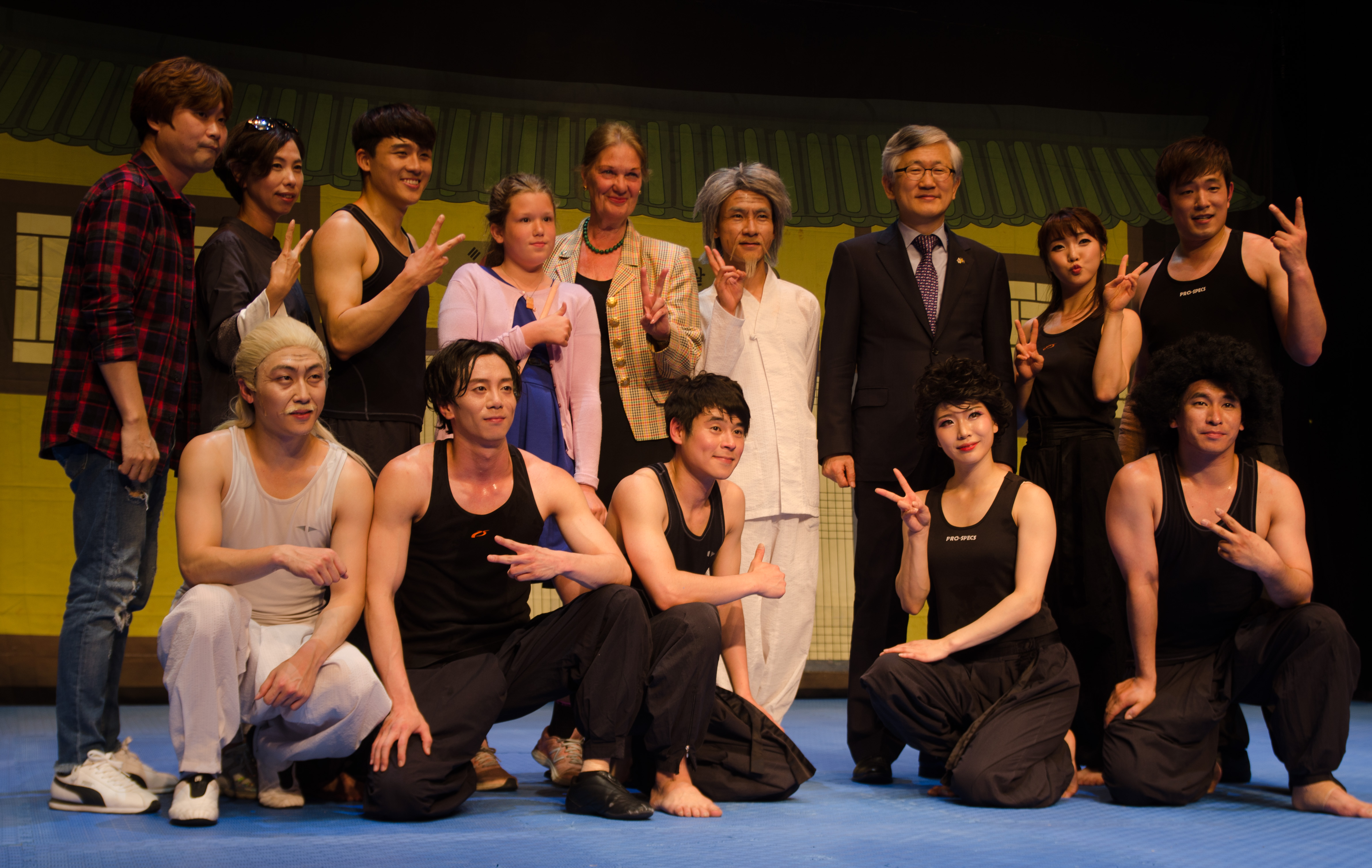 Most interestingly is that Jump began with an old man with white clothes and a walking stick walking towards the Ambassador and at the beginning, we thought it was a mistake. But the ambassador obediently went out with him and the old man even asked the ambassador to take him on the back  to the stage! and the Ambassador cooperated! So it was the beginning of the show! Such a mutual movement with the audience.

Every movement and every action got a funny sound to accompany. Thus the show gave people such a good audio and video effect! People can’t help bursting into laughter!

Even at the beginning the Ambassador said” it is very funny!”

At the later parts there were mutual actions with the audience too, both Korean and Swedish audience. 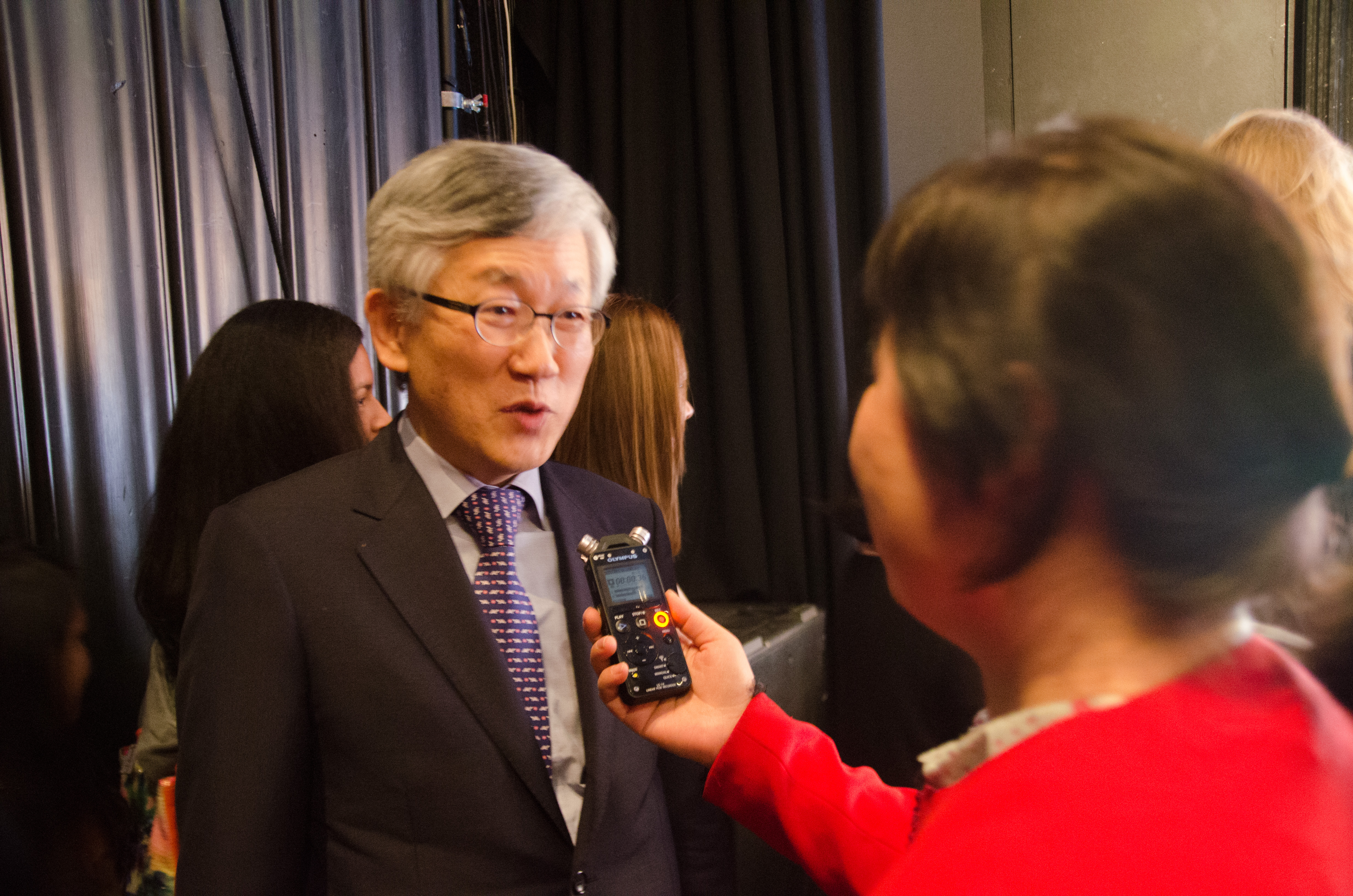 An interview with the ambassador Nam Gwan-pyo. Shot by Jan Peter Axelsson 。

Ambassador Nam Gwan-pyo told reporter that the performance is very good. One can feel it from the applauses and laughters from the audience.

“Indeed it was influenced by Martial arts master Jacky Chan. They love him and the performance is really wonderful, you see that. ”

The 600 seat theatre was full of people including the second floor.