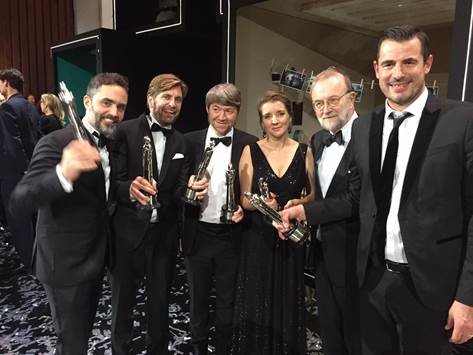 For the second year in a row a Swedish film has been nominated for an Oscar in the Best Foreign Language Film category. *

Since winning the Palme d’Or in Cannes in May The Square has received several other international awards, including six European Film Awards in December. The film was recently nominated for a Golden Globe and the fact is that many of the awards and nominations spring from American film critic’s organizations. It is director Ruben Östlund’s first Oscar nomination. Last night, at “the Guldbagge gala”, the Swedish national film awards ceremony, he was awarded Best Director for The Square and Fredrik Wenzel received the award for Best Cinematography.

– The Oscar nomination crowns an amazing year for Ruben Östlund,The Square and Swedish film. Ruben shows us that it is possible to reach the stars with an ambitious idea for a film. It is truly inspiring for the future of Swedish film, says Anna Serner, CEO at the Swedish Film Institute.