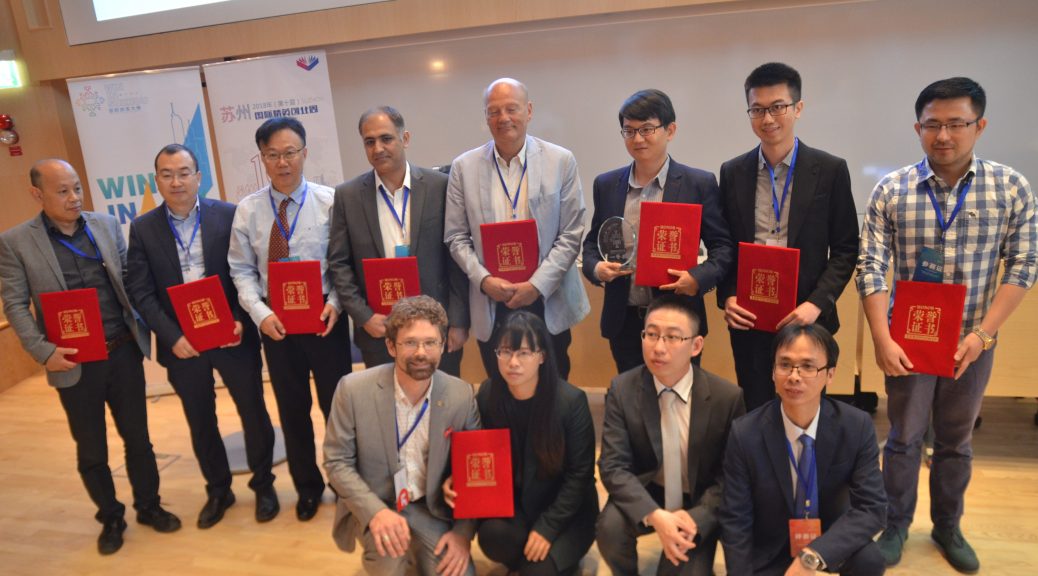 Dai Gang, Counsellor of the Science and Technology Department of the Chinese Embassy in Sweden, said Sweden is the world No.1 in startup survival rate after three years of establishment. Thus it is a good choice for Suzhou to hold the venture contest in Sweden. Suzhou has good innovation environment and incentive for development. He hopes the contest entrepreneurs seize the chance to cooperate with Suzhou.

Zhou Wenrong, Deputy Director from Suzhou Municipal government said Suzhou is not only a paradise for silk, but also a paradise for innovation. In order to become a strong city with high level talented people, they have issued a series of incentives to attract them to Suzhou including as high as 50 million yuan or 6 million Euro project grant.

In order to encourage the presentation of the entrepreneurs, the organizing committee also arranged a one minute talk show which was quite impressive.

The contest was held in a modern conference room at the new Karolinska Hospital  building just opposite to Karolinska Institute where the Nobel Prize in Physiology or Medicine was announced every year.

About 170 scholars and professors including Yang Weihong and Cao Yihai, Jack Yu Jiang and Peng Changgeng attended the contest.