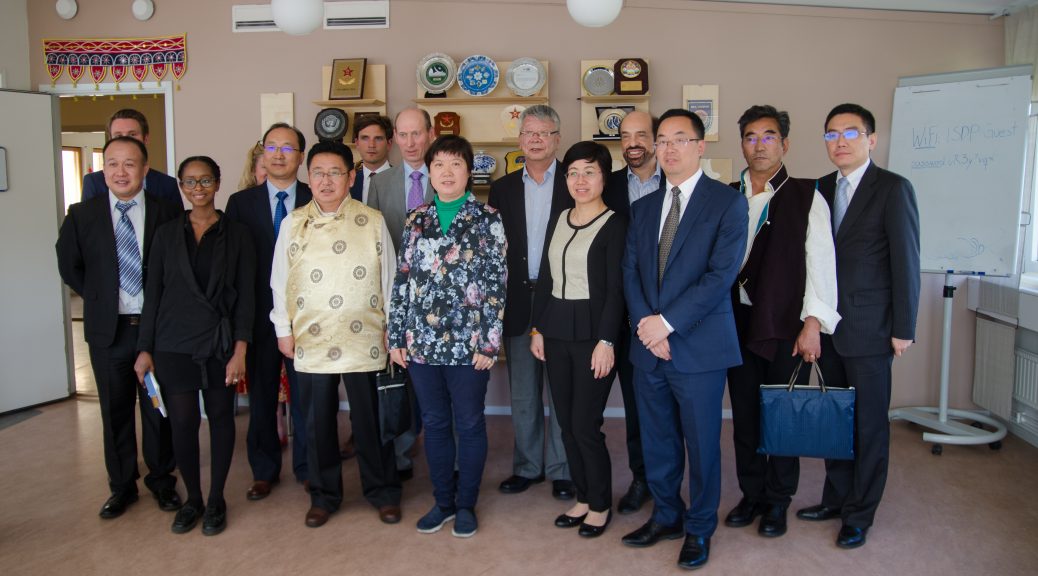 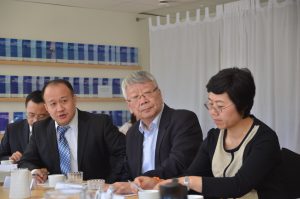 He made this clear at a seminar in Institute For Security and Development Policy on Tuesday when he led a delegation of Tibetologists from China to visit Sweden. 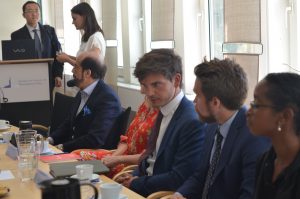 This was also an answer to the question asked by Oskar Gustafson, editor of ISDP on what problem China is really facing between the central government and the Tibet Autonomous Region or Dalai Lama.

Hao said the Chinese central government had kept contact with Dalai’s private representative for  a long time. But after the March 14th incident took place in Lhasa in 2008 and the disturbance of the Beijing Olympic Torch, Dalai Lama issued a MOU. To summarize the content of this MOU, China held that the so-called Middle Way is an idea that took place in colonized countries after the Second World War.

“He also borrowed the idea of Hong Kong SAR to ask the central government to implement one country two systems idea. But this idea is against the Chinese Regional ethnic autonomy system. Tibet Autonomous Region has been a part of China. Due to this different ideas, China held that there is no way to continue the dialogue. Although Dalai Lama said he wanted to have dialogue, his stance left no room for further dialogue. The condition to have dialogue is to admit that Tibet is already a region of China. “ said Hao. 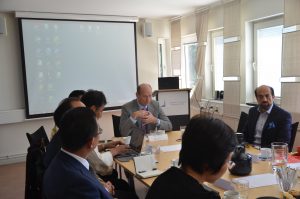 ISDP’s Mats . Engman presided over the seminar and he said Sweden likes to have dialogue with China on Tibetan issue even though Tibetan issue is not a focus for ISDP. 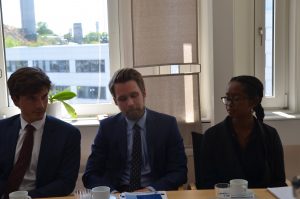 Erik Isaksson from ISDP explained that ISDP is an independent research institute which has two offices, one in Sweden and the other in the US.  They mainly research on Asia, Central Asia and Caucus’ areas.  Since their establishment in 2007,  it has received many Chinese, North Korea and South Korean researchers. Currently they have two researchers from Chinese PLA Academy. 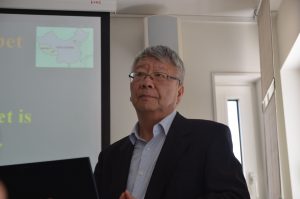 Hao Shiyuan gave a presentation about the History and Reality of Tibet. In his presentation, he gave a sharp contrast picture of the past and the present.  He said before the liberation of Tibet, it was a political entity with a combination of politics and religion. Only 5 percent of the chiefs and religious leaders enjoyed the privilege while 95 percent of the total population were serfs and slaves who had no personal freedom at all. Even the British historian Goldstein described Tibet as a primitive medieval place. But Dalai Lama has described Tibet as a heaven in human society.  Maybe it was true for his 5 percent of the population, but for majority of the Tibetans, it was suffering.

Hao said in 1951 when Chairman Mao met with Dalai Lama, the latter agreed to 17 provisions of peaceful revolution and reform. Maybe he understood that the Tibetan political system came an end, yet the reform will also end the system. According to the 17 provision agreed by both Dalai Lama and the central government, Dalai Lama position would remain the same. But after he attended a meeting in India in 1959, Dalai Lama changed his stance. After his flee to India, Tibet experience a democratic reform and the serfs and slaves became the master of themselves.

Hao said Dalai Lama think of how to get independent while central government is thinking of how to improve the living standards of the Tibetan people.  In Tibet, tourism is one of the pillar industries.  Pregnant women and baby death rate are very low and the rights level are up to the national average. By 2020, Tibet will also have to eradicate all the poverty as planned. 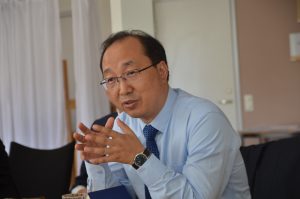 Zhaluo said in Tibet Autonomous Region, there are mainly the Gelu sect of Buddhists, but there are a few others too. Even some people believe in Christianity and Islam. 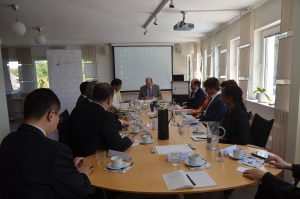 Mats. Engman asked “Tibet must fall into the debate of border issues between India and China since there is still disagreements on territory in that region. What is China’s approach to ensuring that all partners are brought to the table to discuss the potential security dilemmas on this issue?”

Hao said Sino-Indian border issue has great to do with the British legacy of irrelevant borderline, but has nothing to do with Tibet.

About Chinese map, Hao said before 1949, Chinese map was decided according to history. For example from Qin Dynasty to Song Dynasty, people often thought land outside the Great Wall did not belong to China. But when the Mongolians united China, Chinese map became larger and larger. Tibet Autonomous Region is a historic assets to China left from Chinese history. Only after 1949, China has entered into a modern country.

Gustafson asked: how can the PRC better engage with the Tibetan Government in Exile (or the Central Tibetan Administration) and what issues could they see arising if effective dialogue is not achieved?”

Hao said if Dalai Lama really changes the Tibetan system, it will definitely cause great contradiction. But according to Chinese regional ethnic autonomy system, Tibetans enjoy autonomous freedom. Meanwhile, the economic and social development in Tibet will resist the violence.

Hao said Dalai Lama announced in 2011 that he would retire and then established a so called exiled government.  Chinese government does not recognize this organization, nor will contact it, or treated as representative of Dalai Lama.

Engman said“ISDP strives to anticipate where future conflicts might break out. 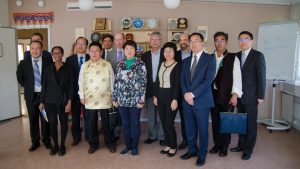 Zhang Biao, Charge  D\affair at the Chinese Embassy, Chen Jiliang, Director of Political Department of Chinese Embassy, Cirenpingcuo, Gesangyixi,Xiaojie and Wang Lixin from the delegation and Fatoumato Diallo from ISDP attended the seminar.  Journalists Jorge Navarro from Mexico, Ulrika Bergsten from Sweden and Xuefei Chen Axelsson from Green Post in Sweden were also present at the seminar.