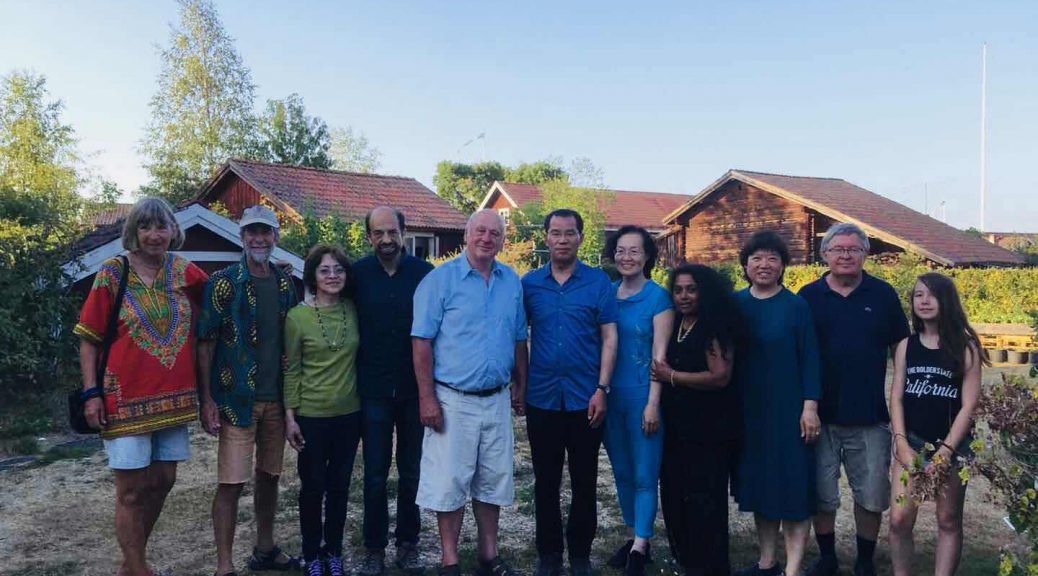 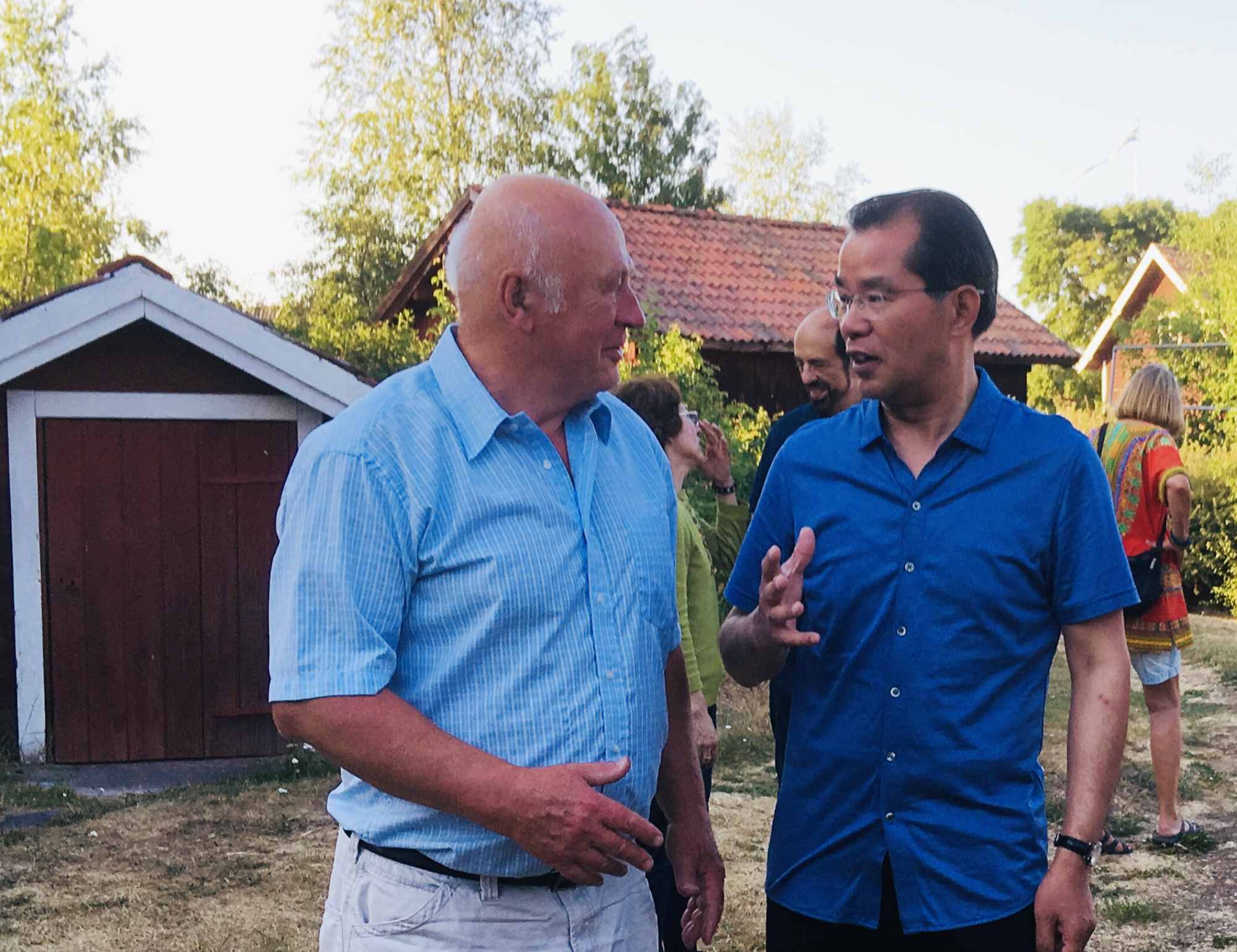 Goran Skarner, director of Almo Association gave a good introduction about the village saying that houses there have a history of 500 years and mostly well kept as they were.

However, this area is also very international  because a lot of Swedish in the area married with people from other countries. This has brought a lot of vitality to the area. 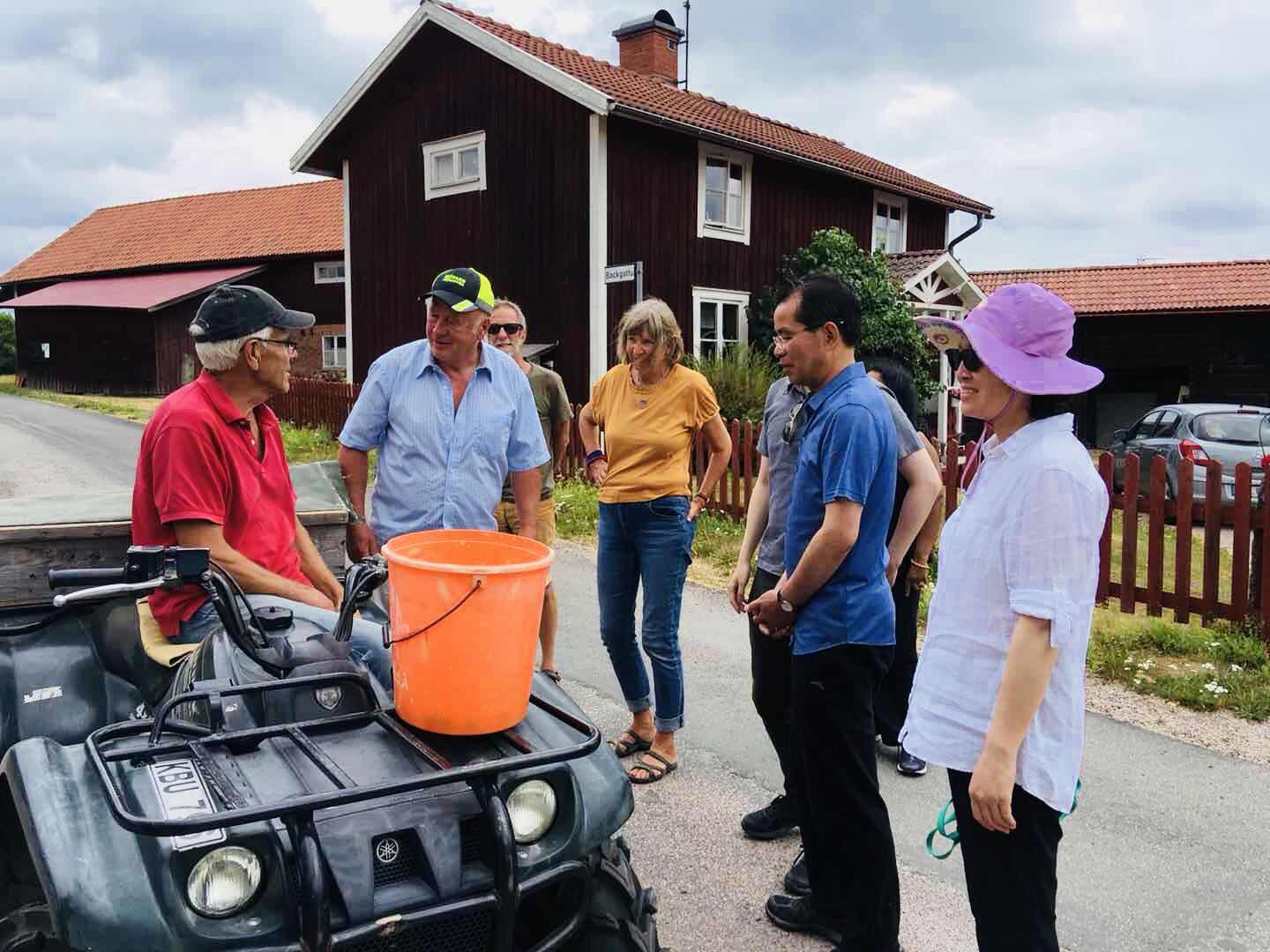 For example, they not only keep the old houses well, but also build new houses to attract pilots from all over the world.

He said so far there are fourty households in the area。 Each owns an airplane and can drive the airplane.  Russel is from Scotland and he came to this area three years ago.  He has a big house to hold the small airplanes and he himself is also a pilot.  He said he get to know the area through the internet. 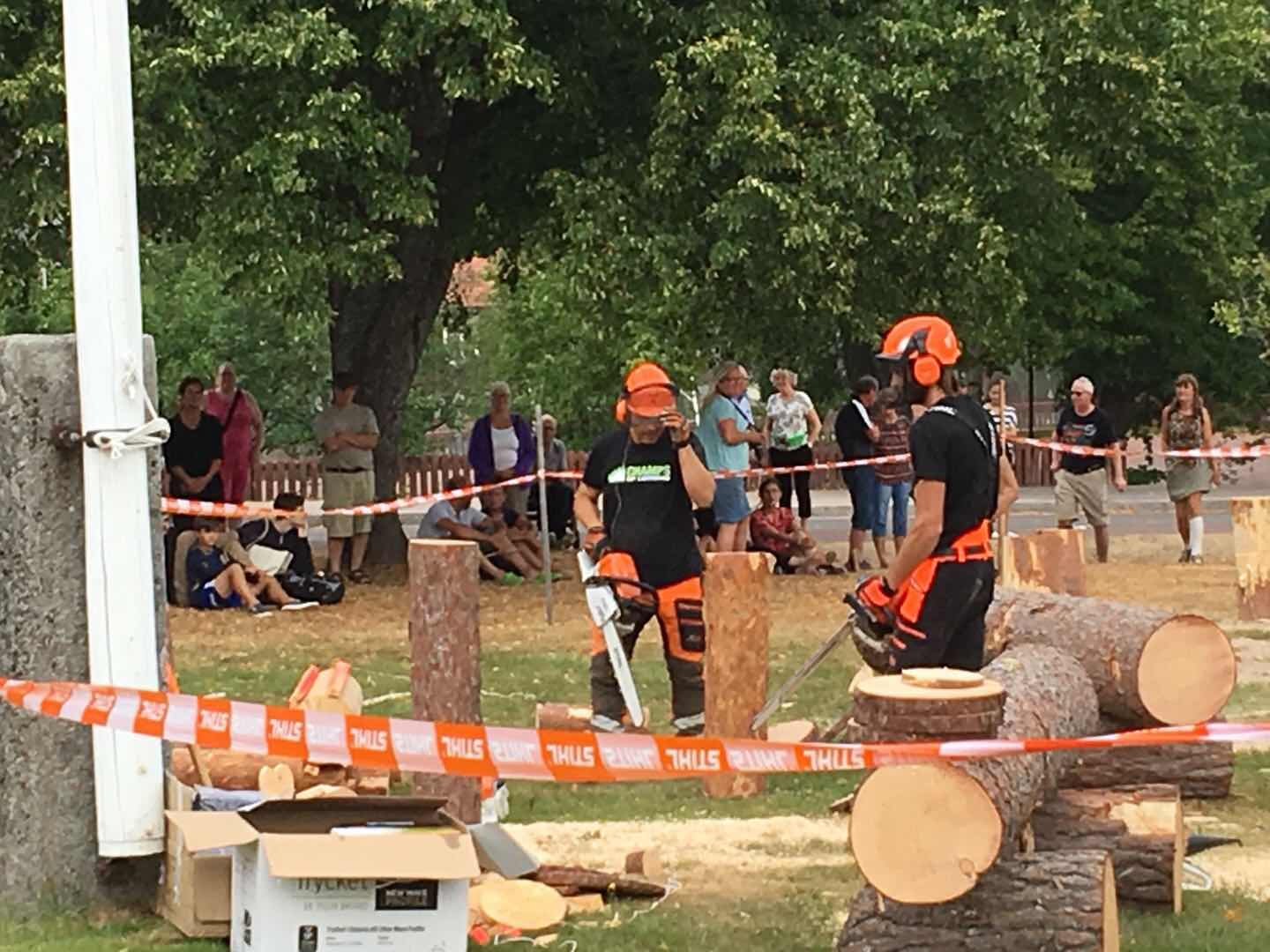 Today there is also a tree cutting competition.  Forests workers compete with each other to see how fast and accurate to cut certain trees.

Skarner said the village is managed by different kinds of associations  to take care of various services such as roads and forests.