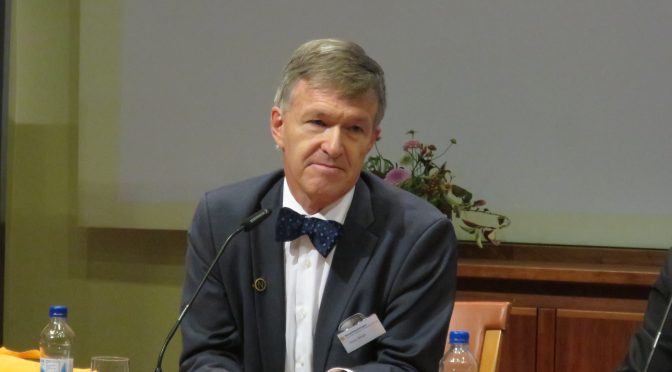 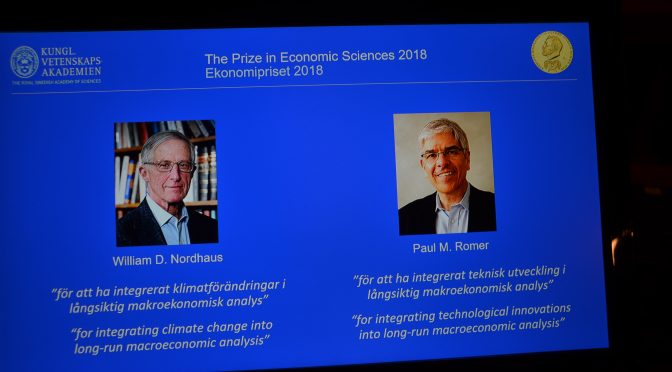 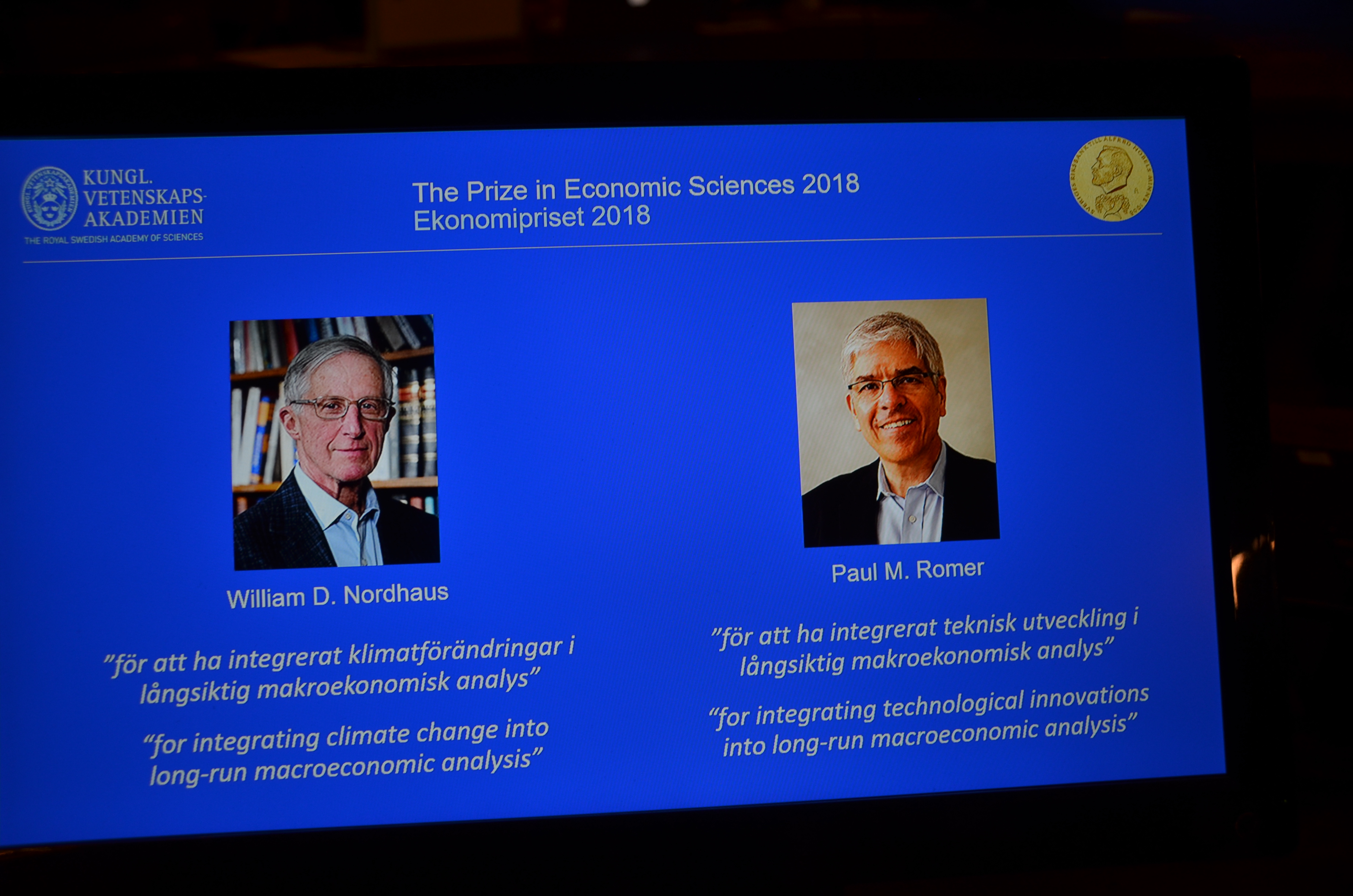 At its heart, economics deals with the management of scarce resources. Nature dictates the main constraints on economic growth and our knowledge determines how well we deal with these constraints. This year’s Laureates William Nordhaus and Paul Romer have significantly broadened the scope of economic analysis by constructing models that explain how the market economy interacts with nature and knowledge.

Technological change – Romer demonstrates how knowledge can function as a driver of long-term economic growth. When annual economic growth of a few per cent accumulates over decades, it transforms people’s lives. Previous macroeconomic research had emphasised technological innovation as the primary driver of economic growth, but had not modelled how economic decisions and market conditions determine the creation of new technologies. Paul Romer solved this problem by demonstrating how economic forces govern the willingness of firms to produce new ideas and innovations.

Romer’s solution, which was published in 1990, laid the foundation of what is now called endogenous growth theory. The theory is both conceptual and practical, as it explains how ideas are different to other goods and require specific conditions to thrive in a market. Romer’s theory has generated vast amounts of new research into the regulations and policies that encourage new ideas and long-term prosperity.

Climate change – Nordhaus’ findings deal with interactions between society and nature. Nordhaus decided to work on this topic in the 1970s, as scientists had become increasingly worried about the combustion of fossil fuel resulting in a warmer climate. In the mid-1990s, he became the first person to create an integrated assessment model, i.e. a quantitative model that describes the global interplay between the economy and the climate. His model integrates theories and empirical results from physics, chemistry and economics. Nordhaus’ model is now widely spread and is used to simulate how the economy and the climate co-evolve. It is used to examine the consequences of climate policy interventions, for example carbon taxes.

The contributions of Paul Romer and William Nordhaus are methodological, providing us with fundamental insights into the causes and consequences of technological innovation and climate change. This year’s Laureates do not deliver conclusive answers, but their findings have brought us considerably closer to answering the question of how we can achieve sustained and sustainable global economic growth.