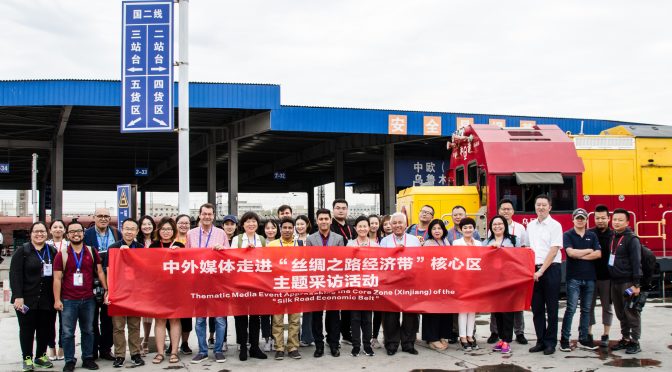 Urumqi, Aug.25(Greenpost)—Believe it or not, it is very likely that a bottle of tomato ketchep on the table of a Naples family is transported by China Europe Express via Urumqi  realignment center, capital of Xinjiang Uyghur Autonomous Region. 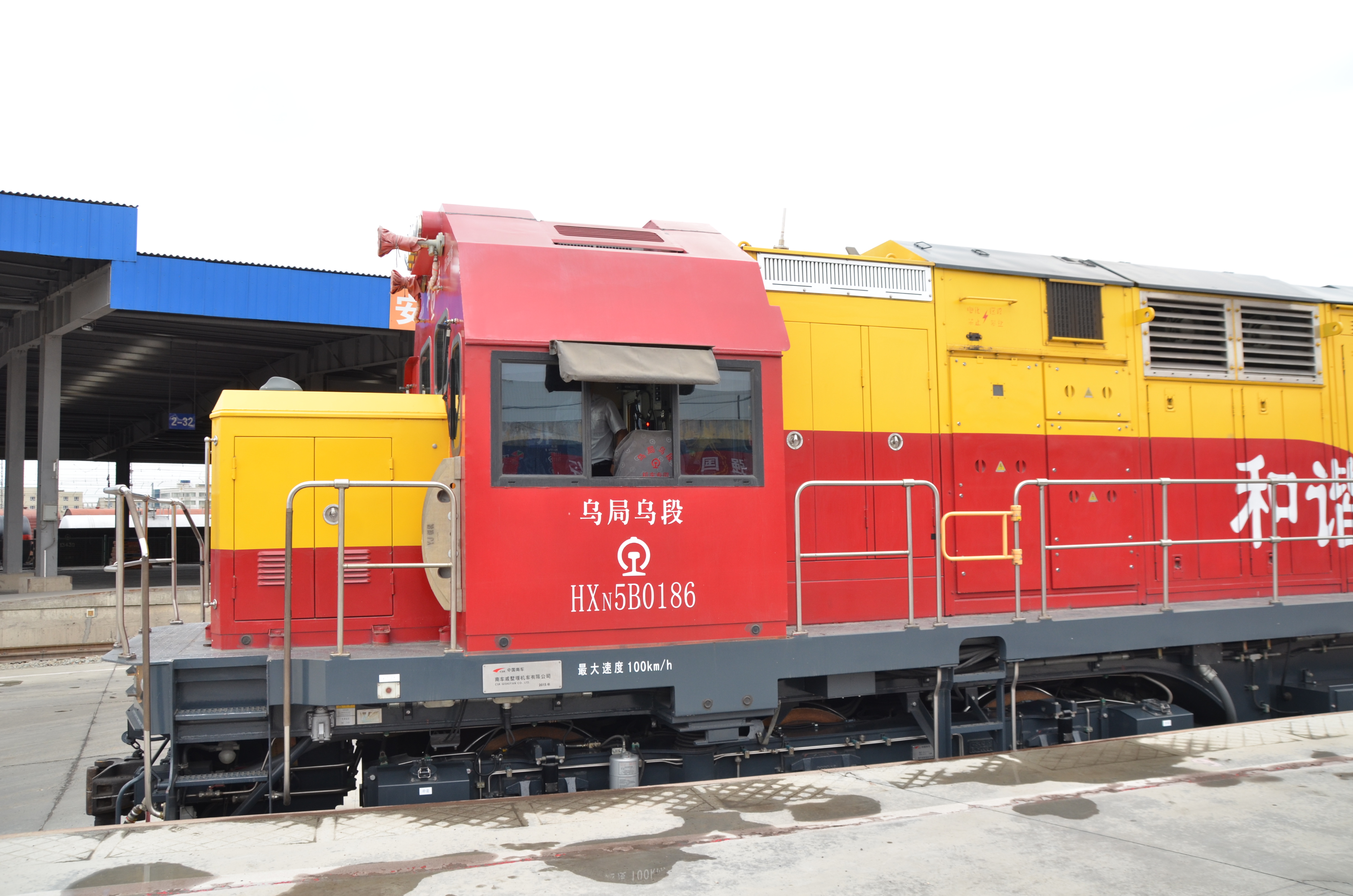 As a journalist from Greenpost, together with 14 journalists from 14 countries in Asia and Europe, I have been to Urumqi  realignment center and witnessed the Harmony Freight Train set off from here to Horgos Port and go on to Europe with a full load of cargo in 41 European standard cabins. 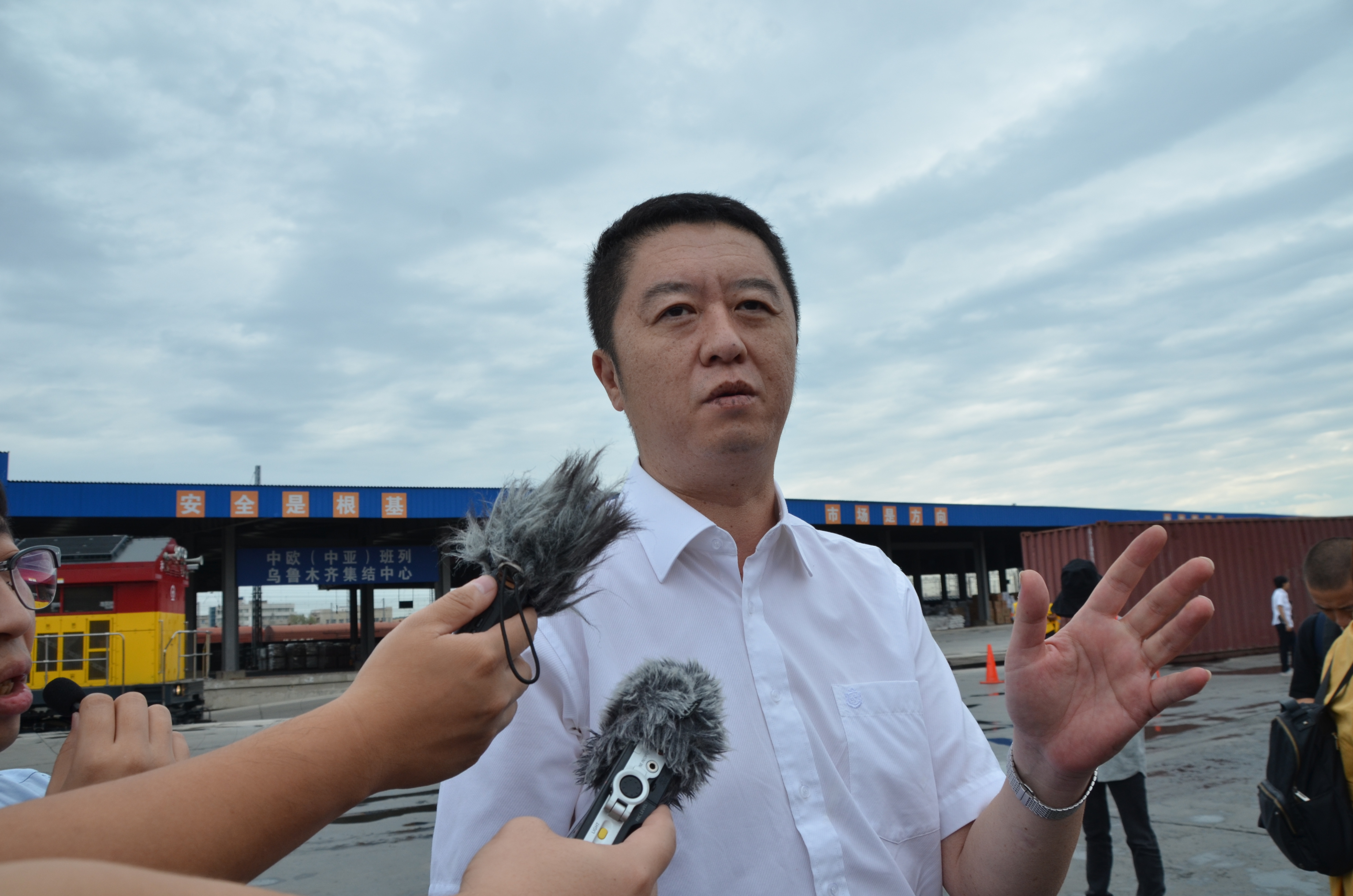 Nan Jun, Vice General Manager of Xinjiang Railway’s international transportation Co. Ltd. said that “the train that will start now is the 1486th train since May 26, 2016 and the 654th since January 1, 2018″. 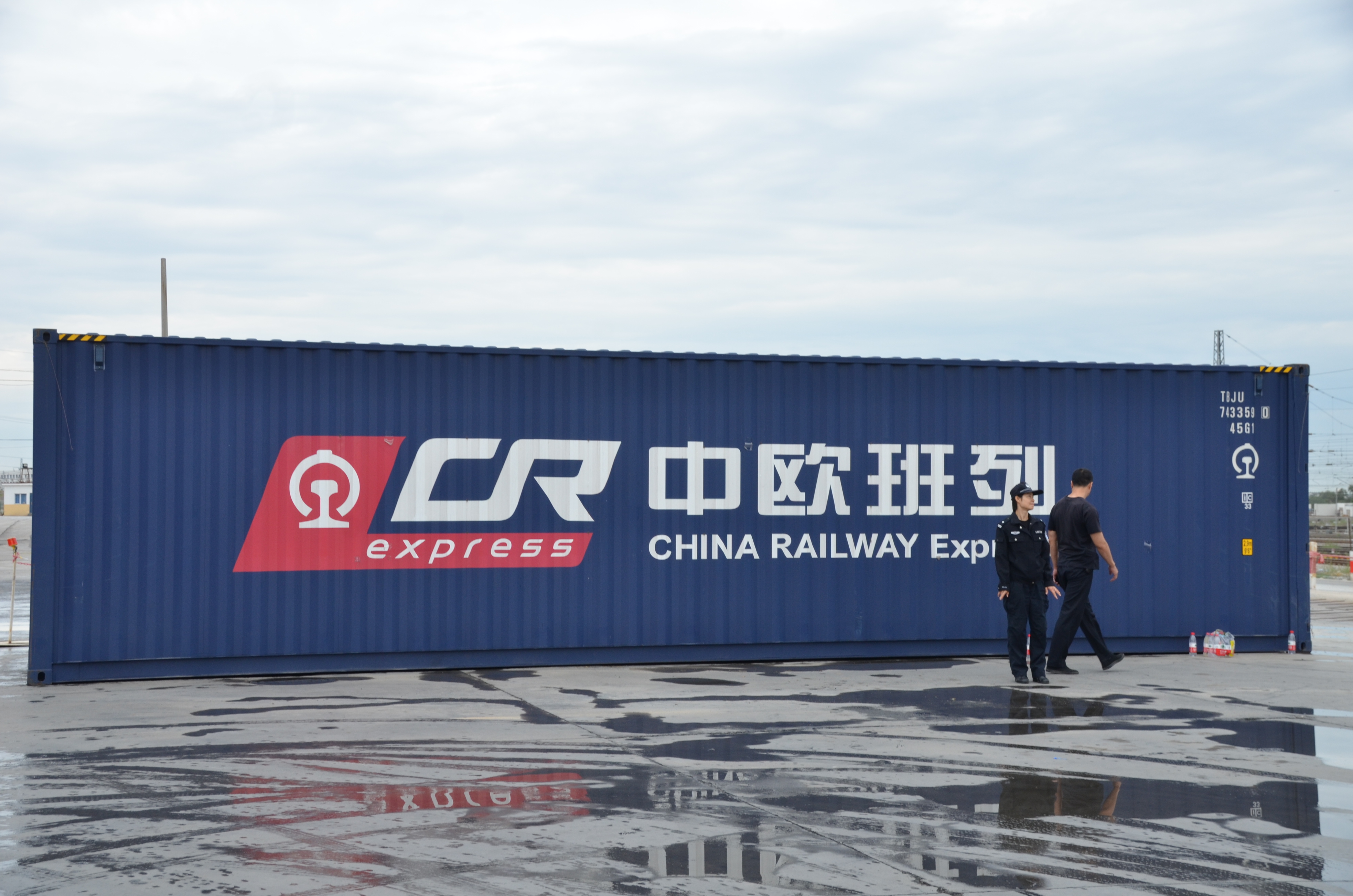 “Since the start of China Railway Express, we have been welcomed by our customers because we have increased our transportation capacity substantially from once a week to once a day and now three times a day. So our railway lines are also increasing from 4 lines to 19 lines covering 23 places. The speed is increasing further by optimising the domestic transportation time and through active cooperation with our partners abroad. We have shortened the time from 66 hours to 44 hours and now it takes only 40 hours to arrive in Almaty. The time to Germany has also been shortened from 16 days to 13.5 days. The cost is also decreasing. ” said Nan. 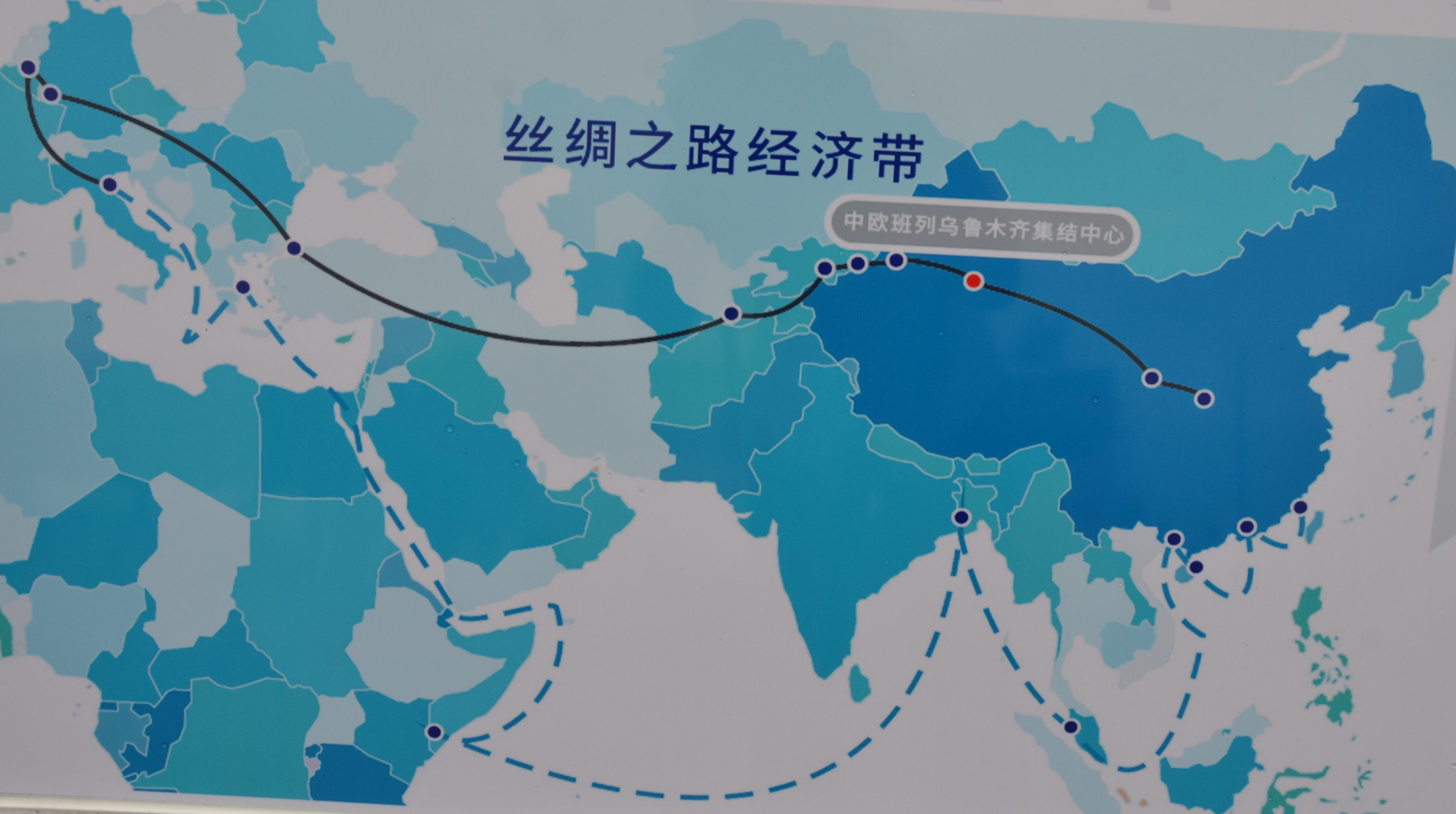 Nan Jun said that the train can reach as far as Naples in Italy via Russia, Belorus, Poland, Germany and Italy. When the train came back, it came with pulp from Finland and transported to Korla in Xinjiang to produce green products. Meanwhile, other European products were also transported back. 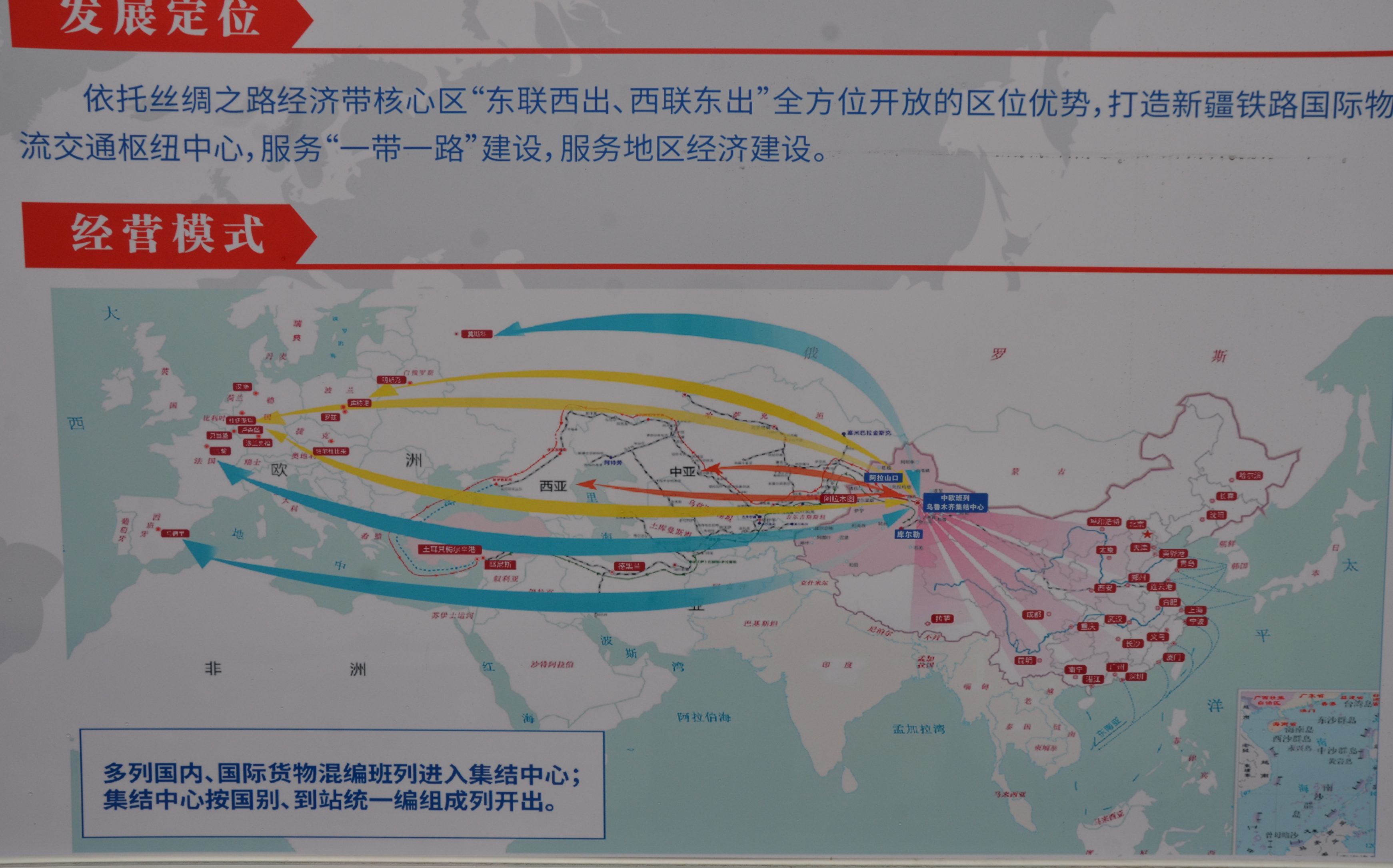 He said this year’s goal is to reach 1400 times and there will be 80 percent of them to be from point to point. The products they sent out is not only to be Xinjiang Products, but also containers from Yiwu, east China’s Zhejiang province. It only takes one day to arrive here. And then it will be sent to London. The train is in international standard because the train that goes to Britain, will change the track since it is using different track. Urumqi cargo realignment center makes the urgent products go first and other products go after. It is here that they will change the track and change the cars. The cost decreased and the efficiency increased. 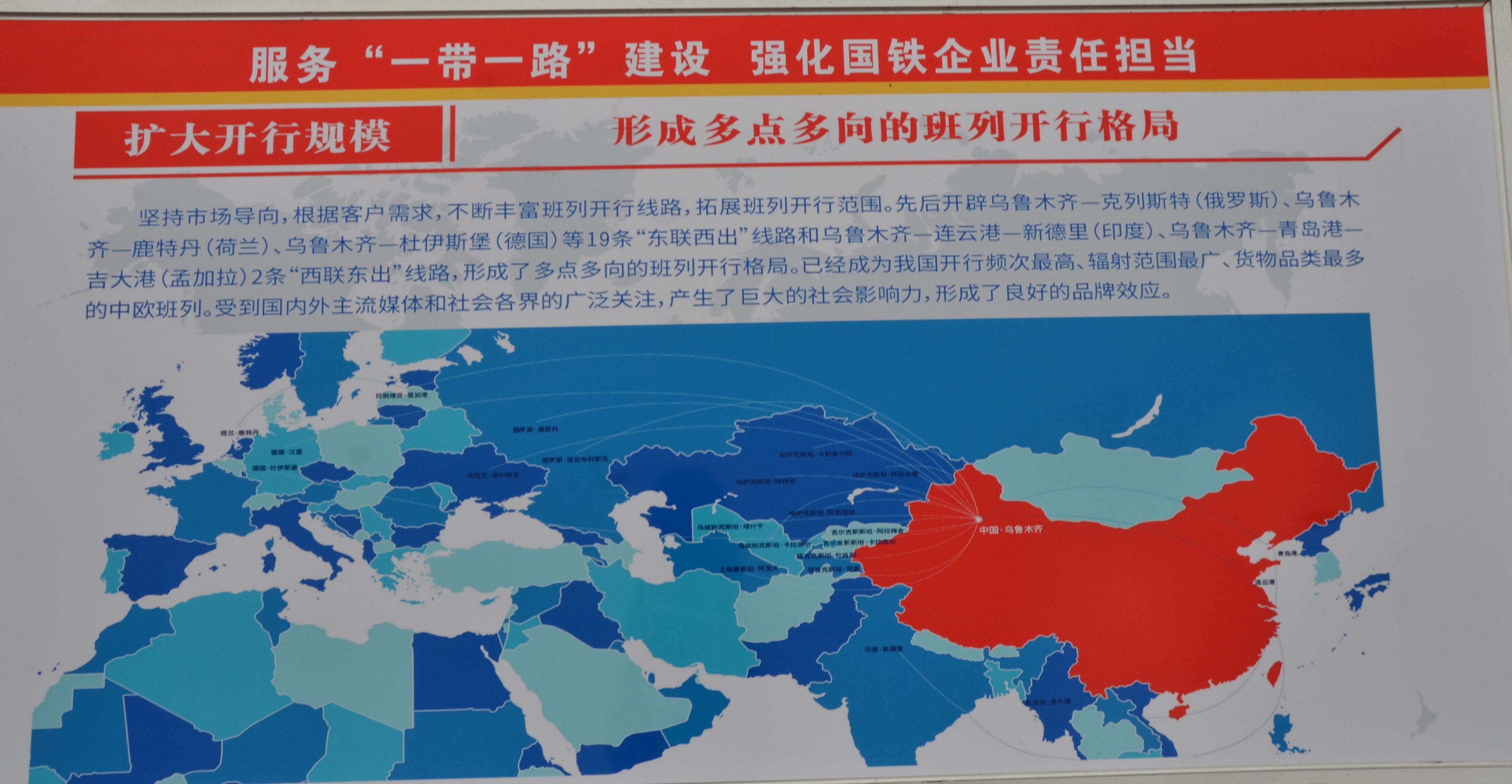 China Railway Express in Urumqi makes Xinjiang  a communication hub for Belt and Road Initiative linking China and central Asia and Europe  and become the core zone in promoting the economic and trade with relevant countries. This has been the contribution made by Xinjiang which even substantially contributes to the world trade. 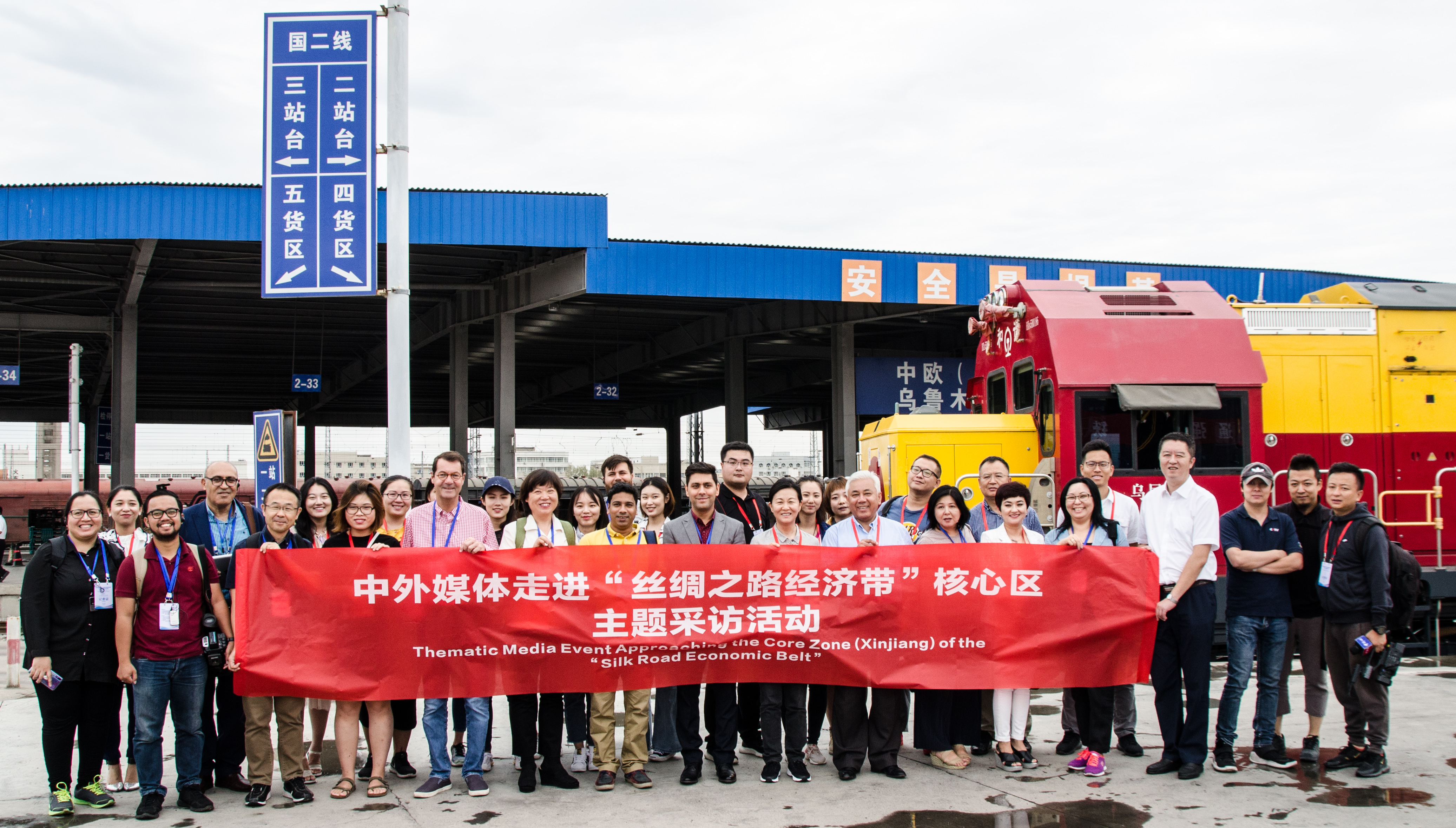 This was the first stop Chinese and foreign journalists have stoped. Its second stop will be Xinjiang Software park. Please stay tuned.