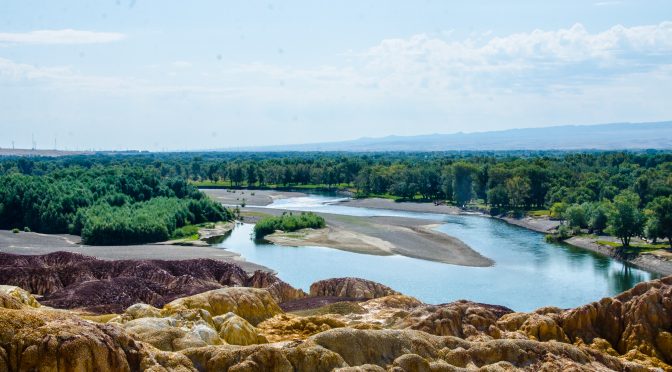 STOCKHOLM, Oct. 23(Greenpost) — On the morning of August 28th, Green Post reporter went together with the Chinese and foreign journalist group to the colorful beach in Burqin County, Xinjiang’s No.1  Beach.

On that day, the weather was fine and the sky was clear. The three big sheep in front of the colorful beaches left a deep impression. 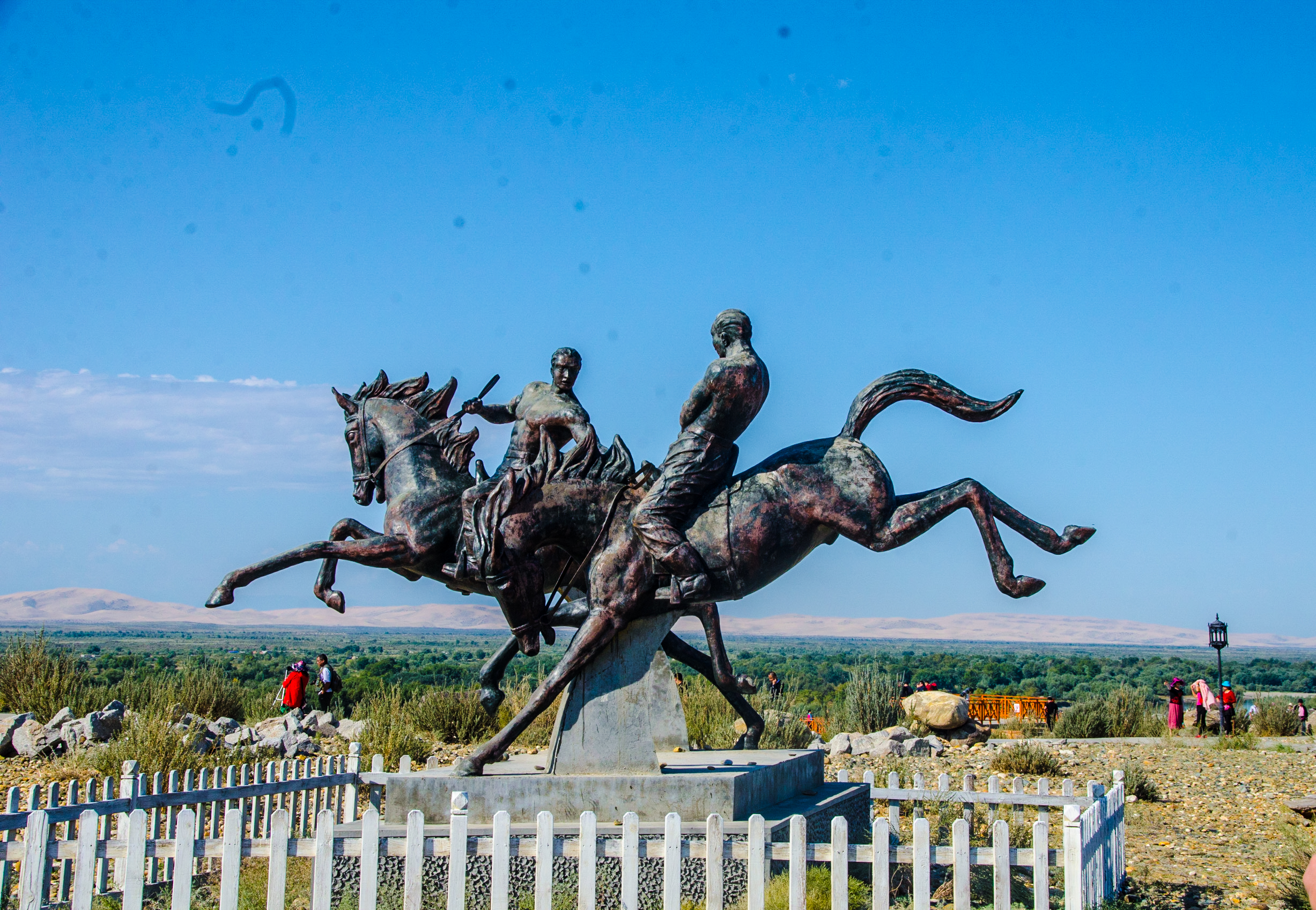 Going inside, the first thing that comes into view is the two galloping horses. This is one of the few artificial art. 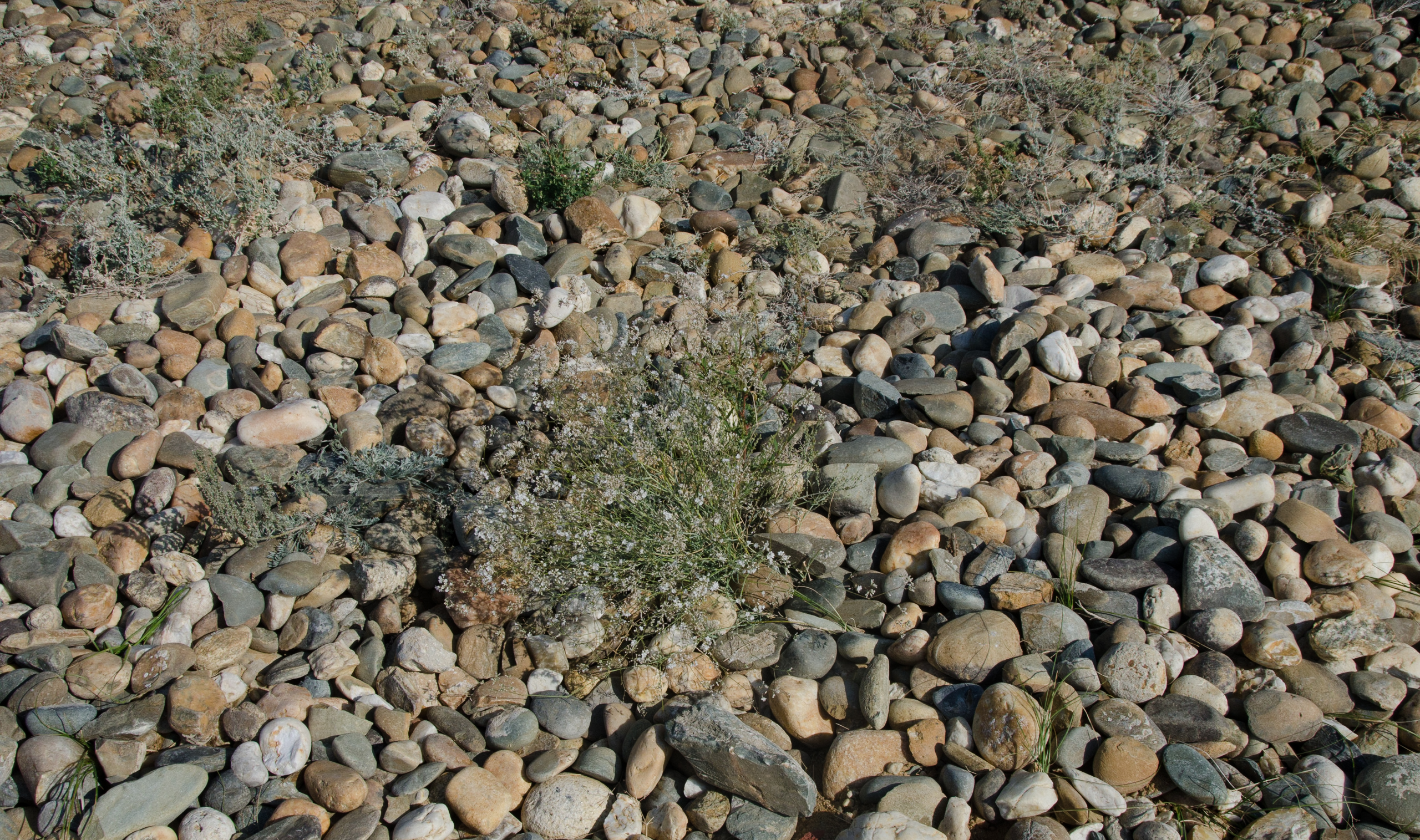 The reason why the colorful beach is special is because it has a desert scenery, a desert climate and plants, a strange Yadan landform, a river flowing into the Arctic Ocean and an indomitable Populus euphratica. 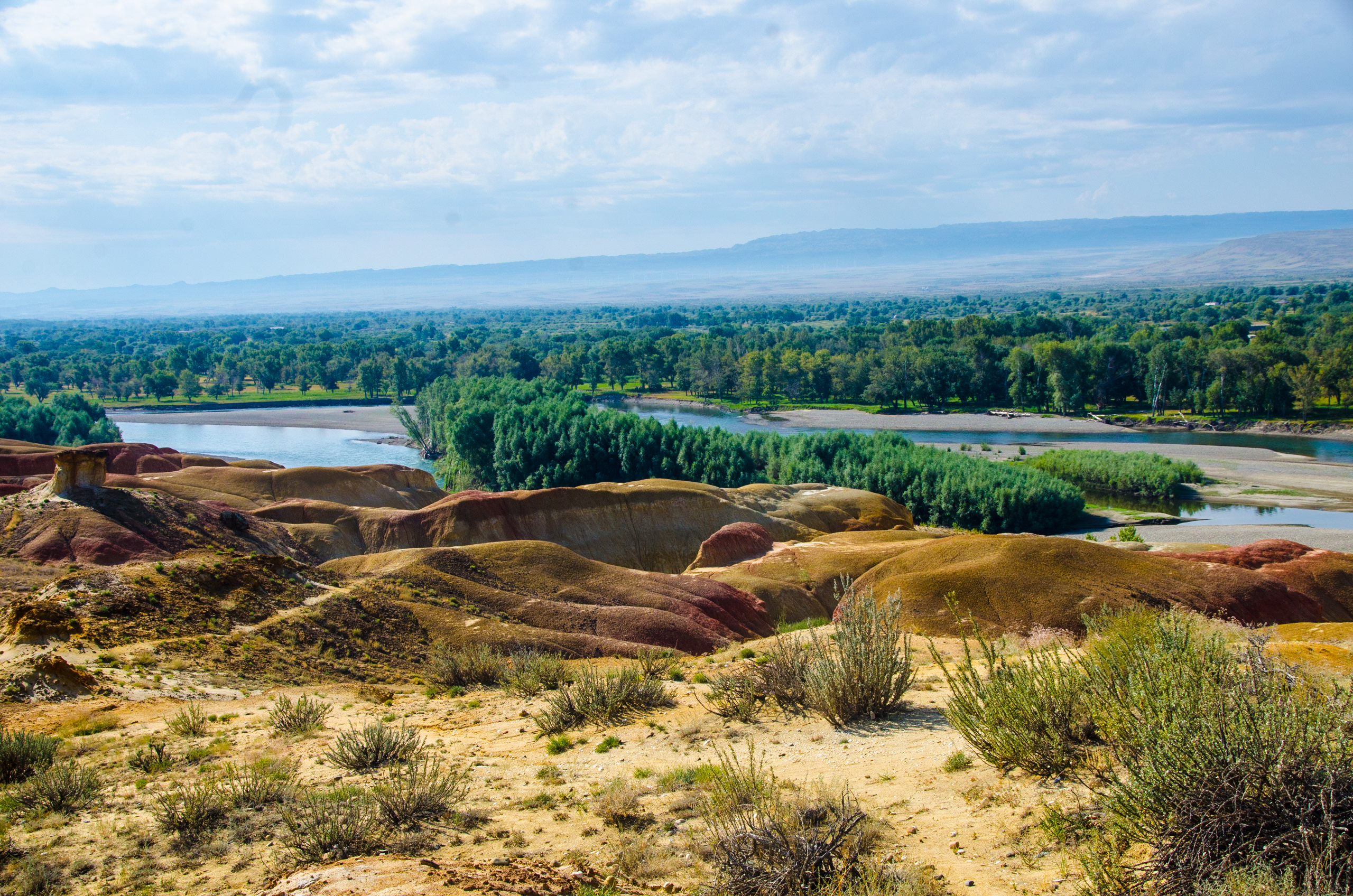 The word Yadan is actually the name given by the famous Swedish explorer Sven Heding. It refers to the landscape that is subject to wind erosion. It is very fragile and cannot be trampled, but it is very strange. The shapes can be left to people’s imagination. The Yadan landform, or Yardang, is a typical wind erosion landform. “Yadan” means “a hill with a steep wall” in Uyghur. Due to the abrasive effect of the wind, the lower part of the hill is often subjected to strong denudation and gradually forms a concave shape. If the rock formation in the upper part of the hill is relatively loose, it will easily collapse under the action of gravity to form a steep wall, forming a Yadan landform. Some of the landforms look like ancient castles, commonly known as the Devil City. The famous Devil City Scenic Area is located in the World Devil City Scenic Area in the Urhe District of Karamay City. It is understood that the Yadan landform has only been formed for more than 250 years. 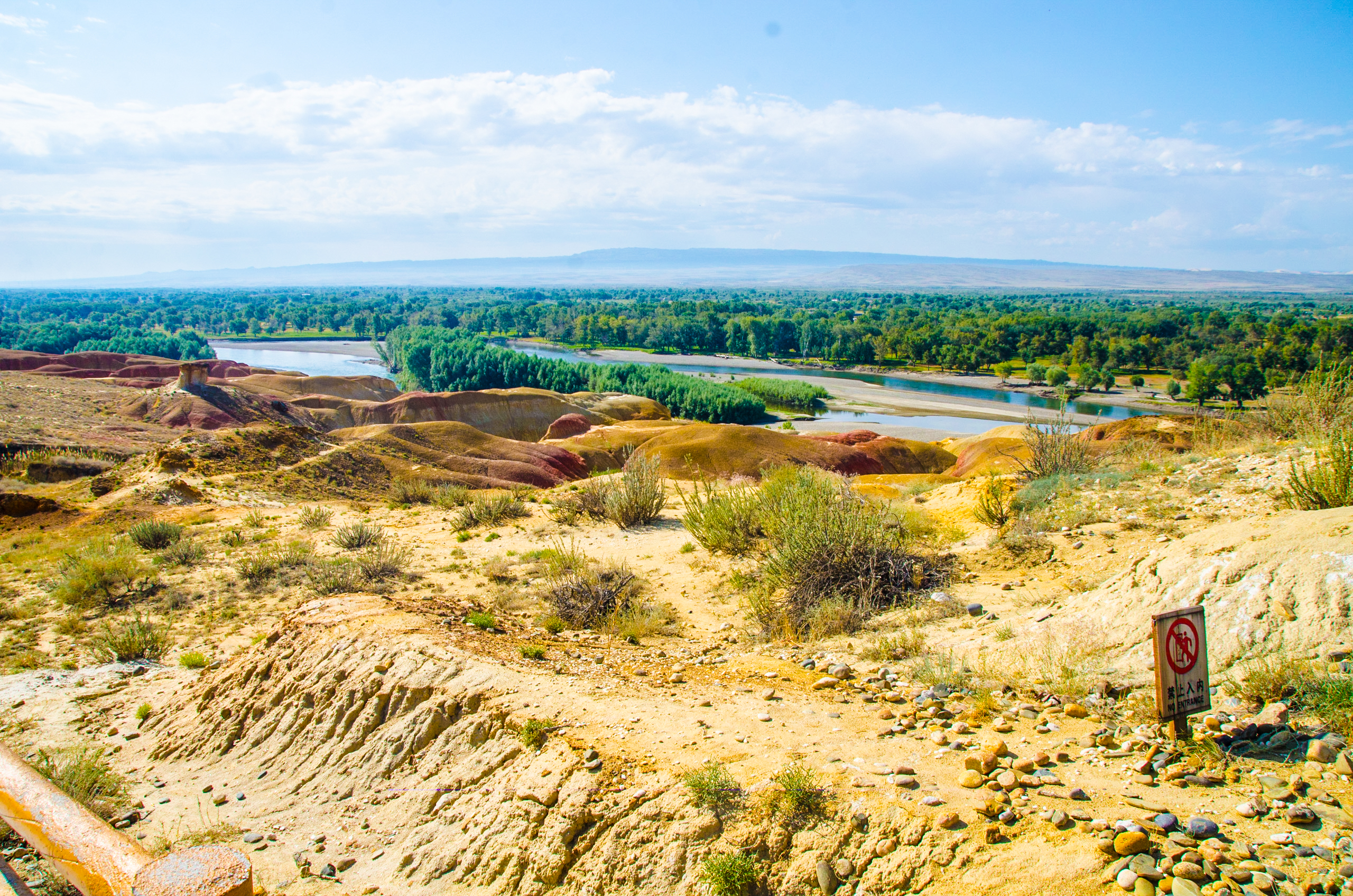 The landform of the colorful beach is so colorful. Red, yellow, green and white are available. 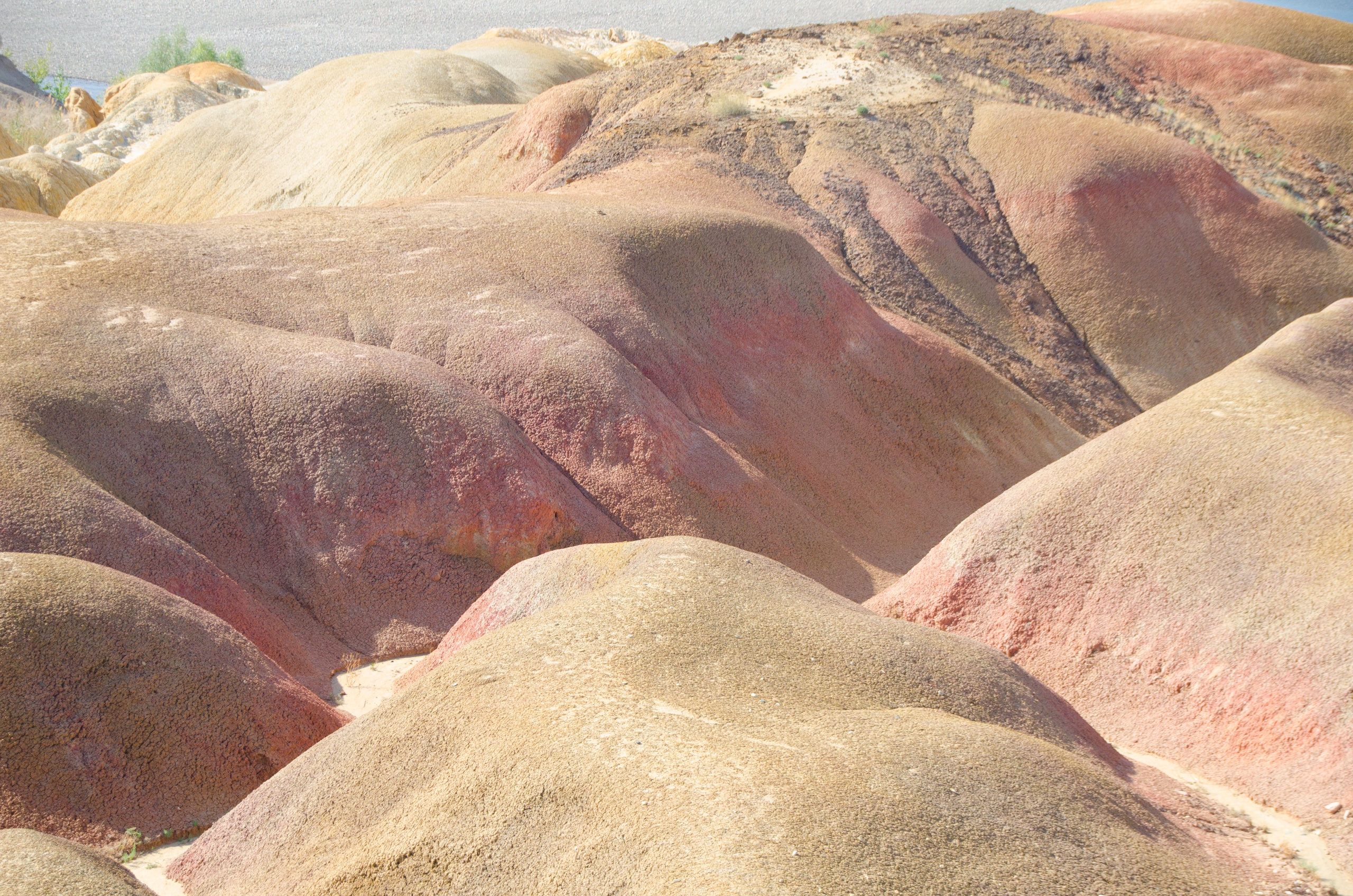 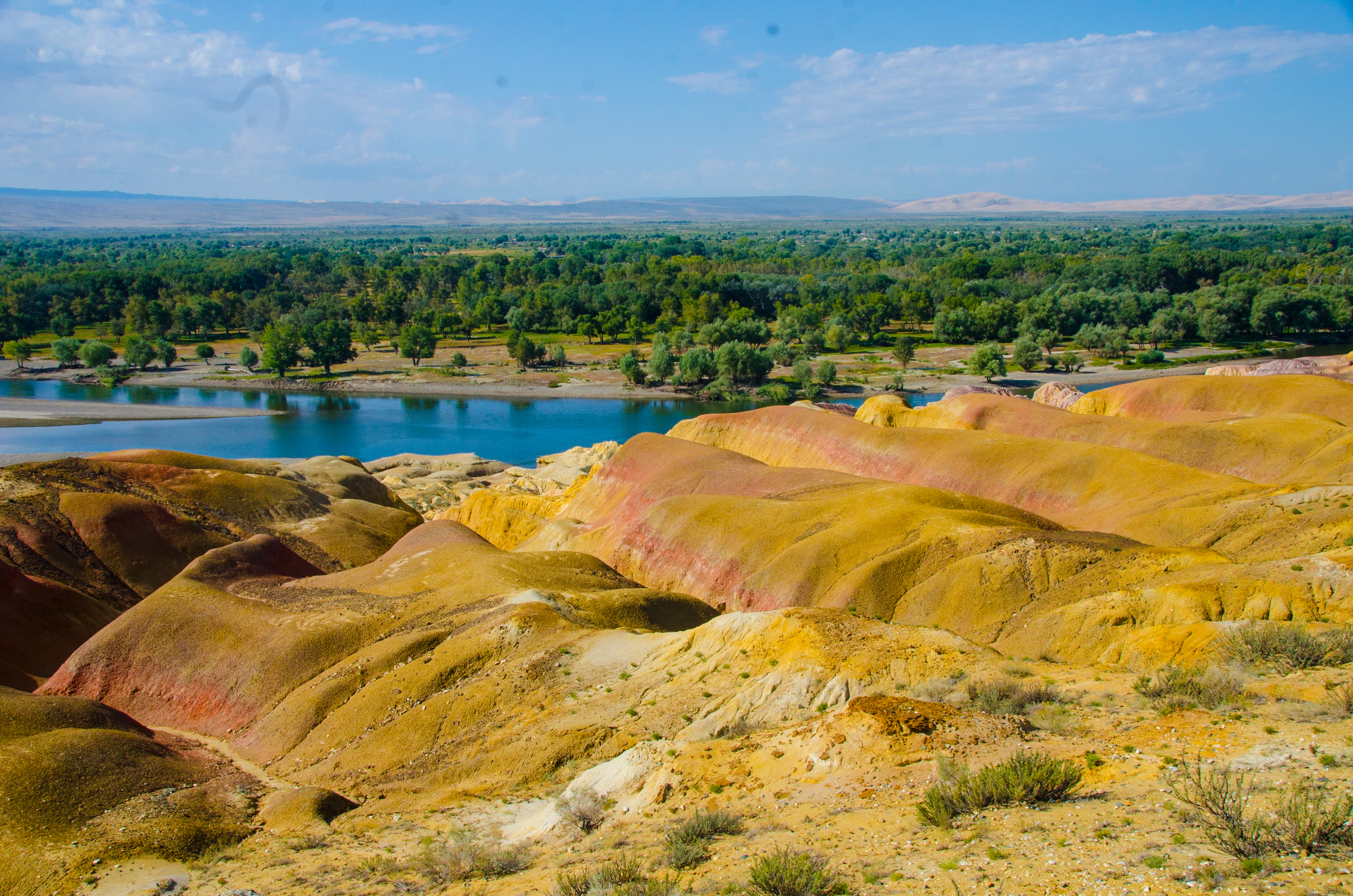 The river here is called the Irtysh River and is more than 4,000 kilometers long. It is the only water system in China that flows to the Arctic Ocean. According to the tour guide, the river flows northwest, just the opposite of all other rivers in China. The fish in the river is called a pike, a fish that eats fish. This year, the climate is relatively dry, so there is a small island like a turtle in the middle. When the amount of water is large, it will be submerged. The river is almost never frozen because it is a flowing river. 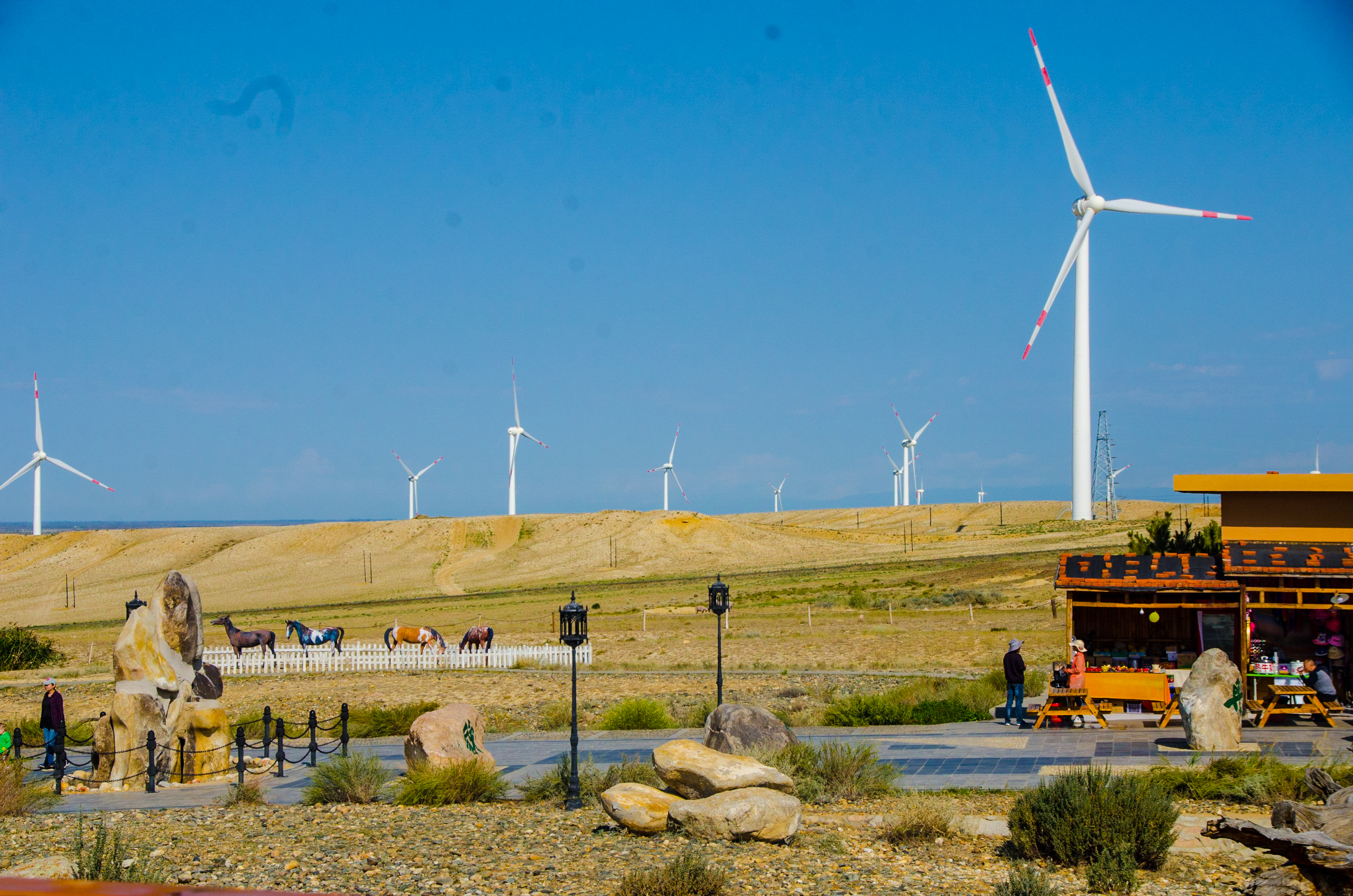 Another landscape of the colorful beach is wind power. Wind power does not belong to tourist attractions, but it gives visitors another view. The two companies don’t talk about it, but when they look together, they are so harmonious and beautiful. Wind power is a clean energy source. Just in line with the concept of ecological civilization. 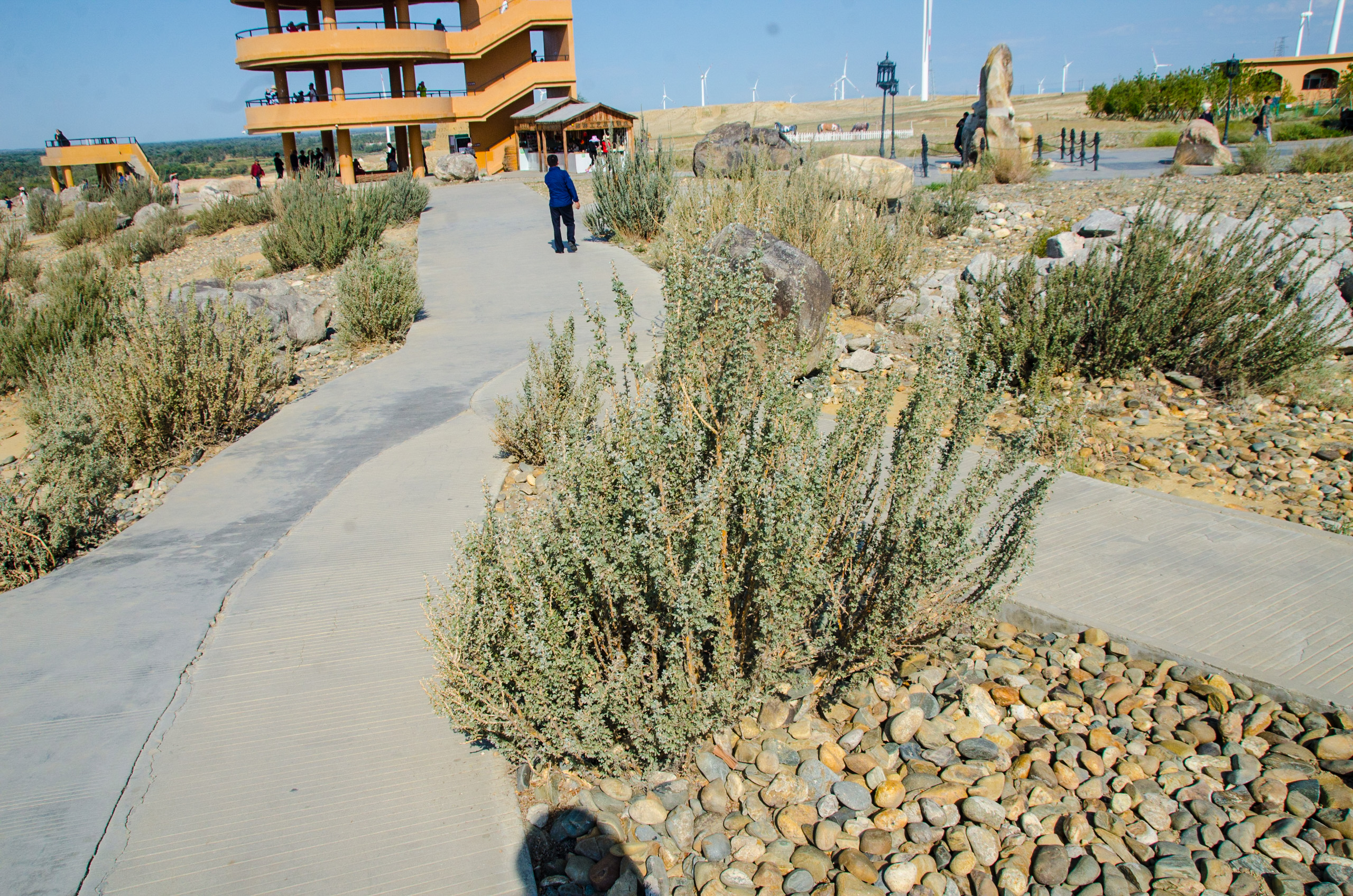 Liu Qiang, head of the colorful beach scenic spot in Burqin County, said that the plant is called a camel thorn, mainly grown in the Gobi Desert. He said that the colorful beaches showed different colors according to the different angles of the sun’s refraction. Its four-star tourist attraction has attracted 300,000 visitors this year. They hope to attract 500,000 visitors by the end of the year. This scenic spot is still under construction. In the future, electronic interpretation equipment will be provided, sculptures will be set up, local customs will be introduced, and more public toilets will be established. 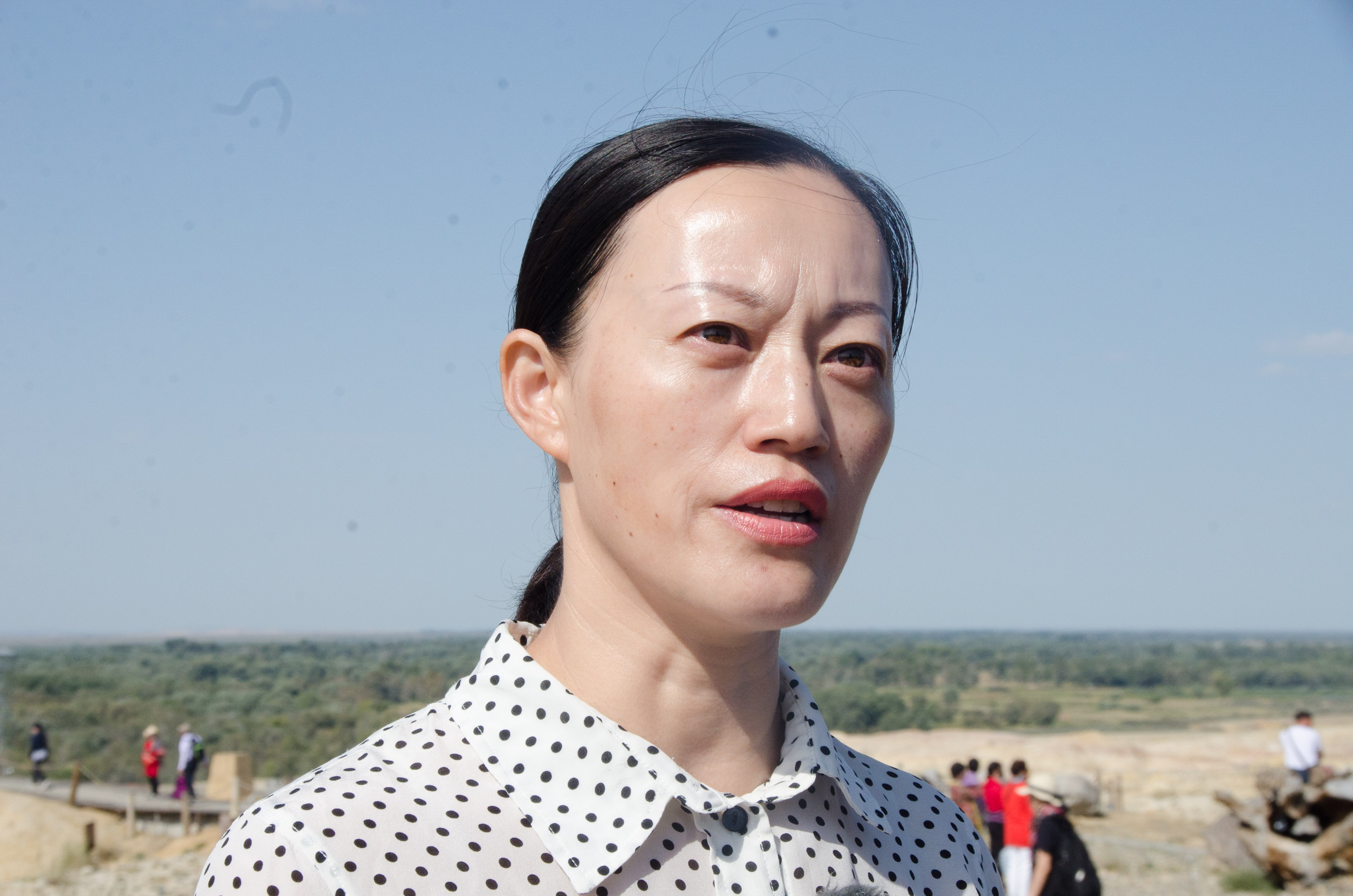 Ye Suqin, director of the Burqin County Tourism Bureau, said that this year, the tourism industry in Burqin County is expected to attract 5 million tourists. The development of the global tourism industry has driven the development of related industries. Tourism has accounted for 42% of the national economy. The tourism-driven employment rate accounts for 35% of the total employment rate. Taxes account for 16%. Per capita tourism income accounts for 35% of total income. This is also evidence of the Burqin County tourism brand. They built this as a five-A scenic spot. Realizing the integration of property rights, the integration of tourism city and the integration of people and scenery, is Jingmei, people are more beautiful, the whole city is a scenic spot, everyone is a tourism ambassador, she said. 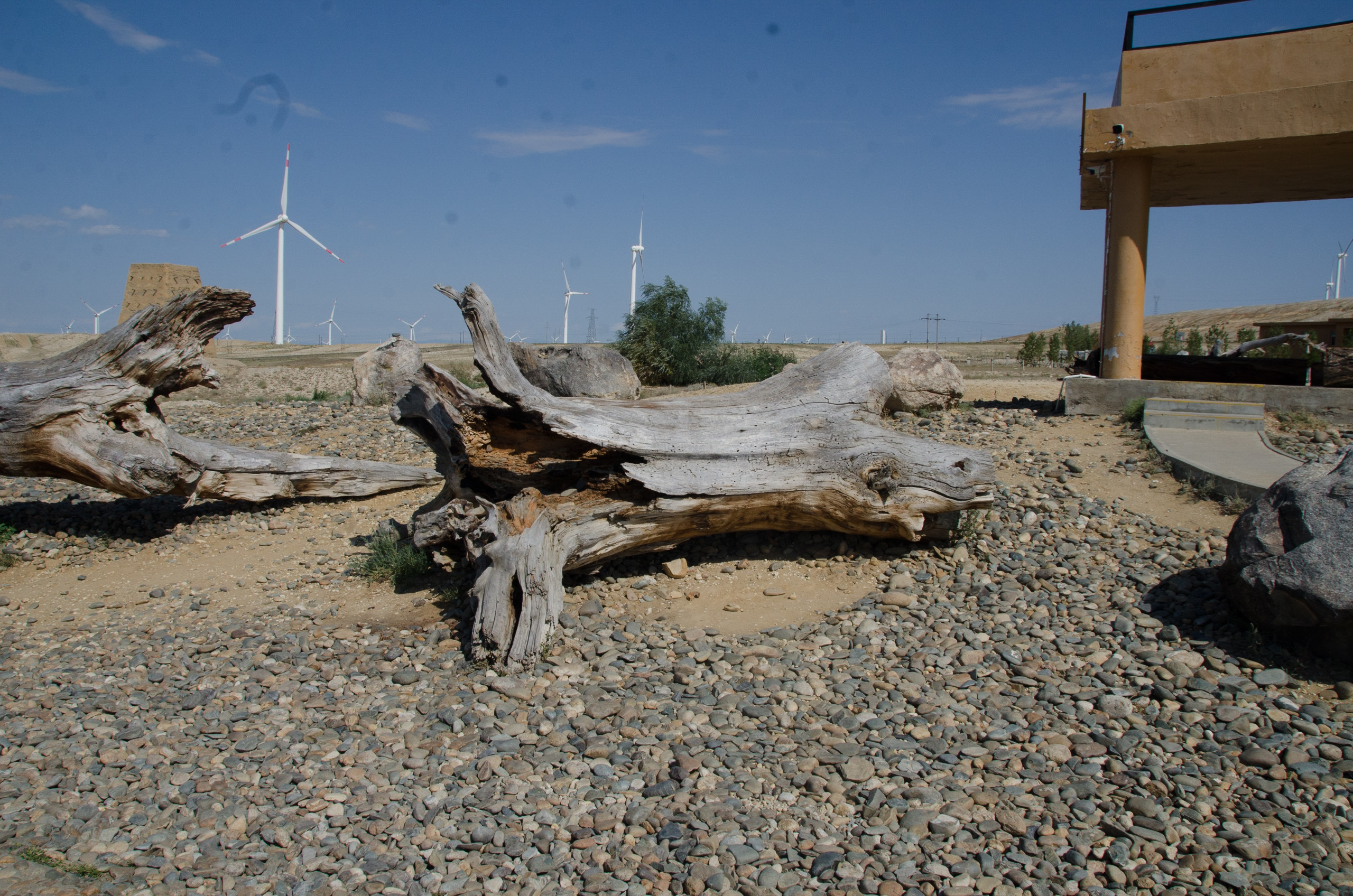 The dead tree crown is also a manifestation of biodiversity, it may produce aphids to attract birds! 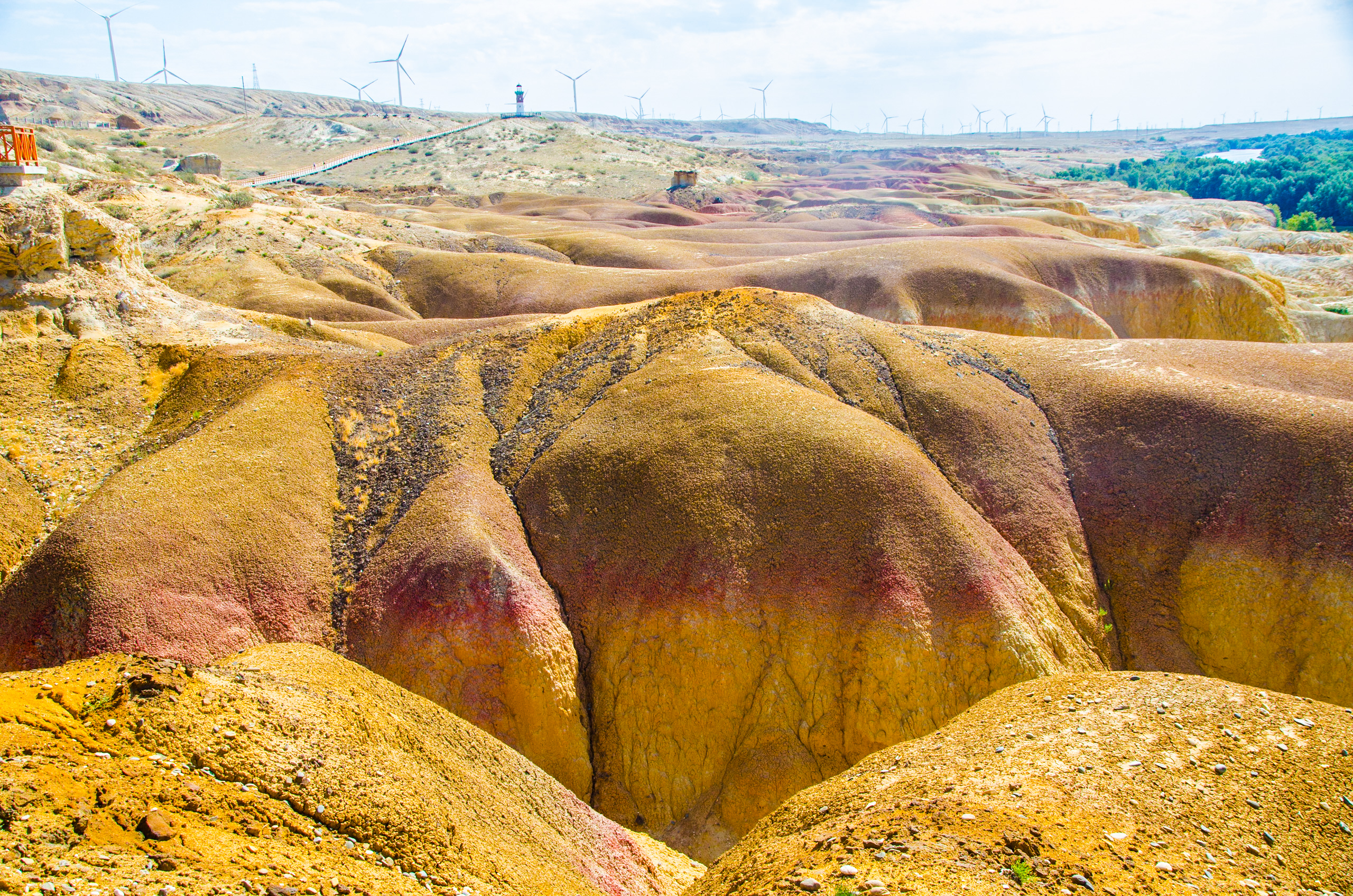 It is yellowish here. 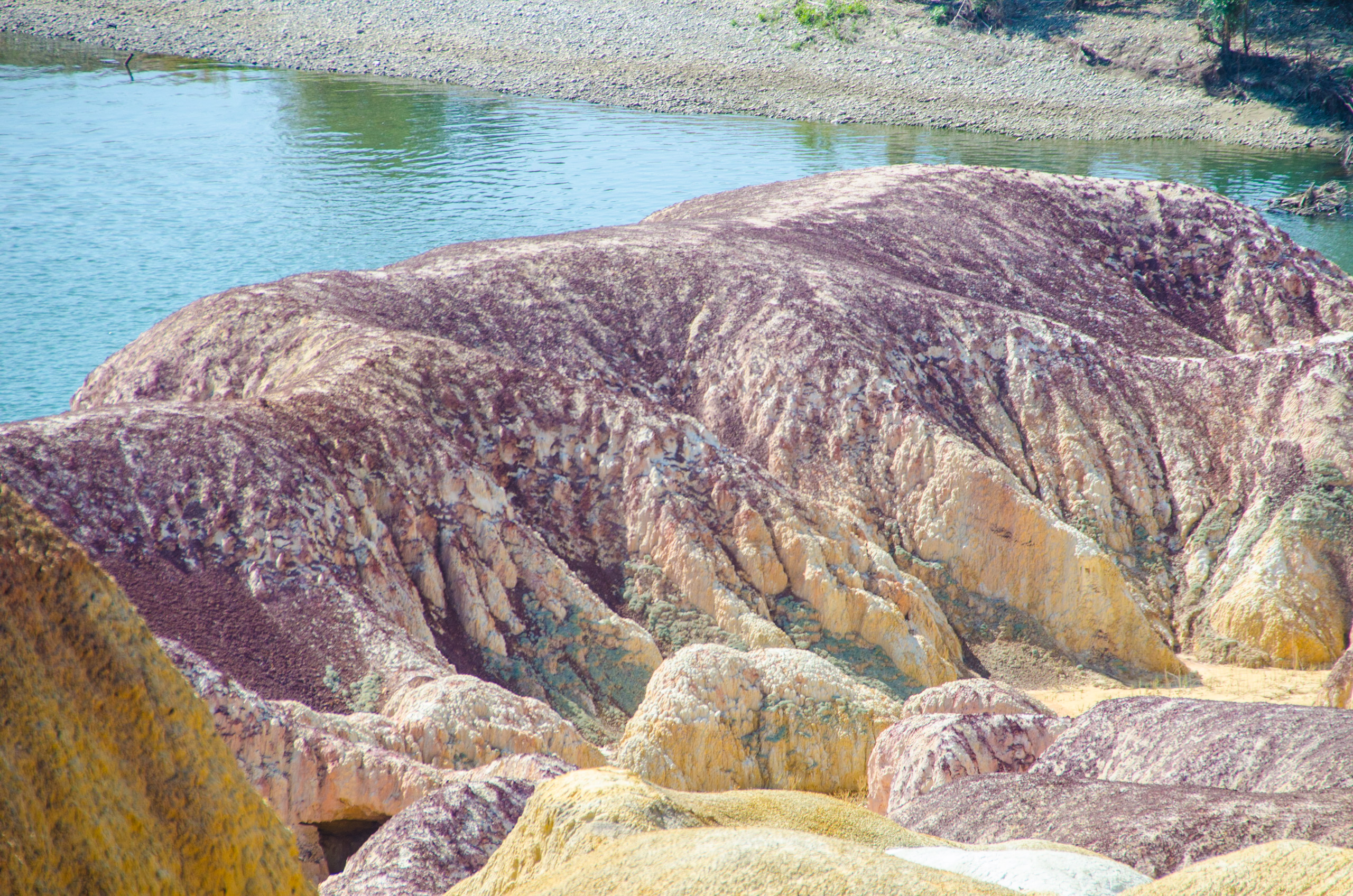 Here it is purple! 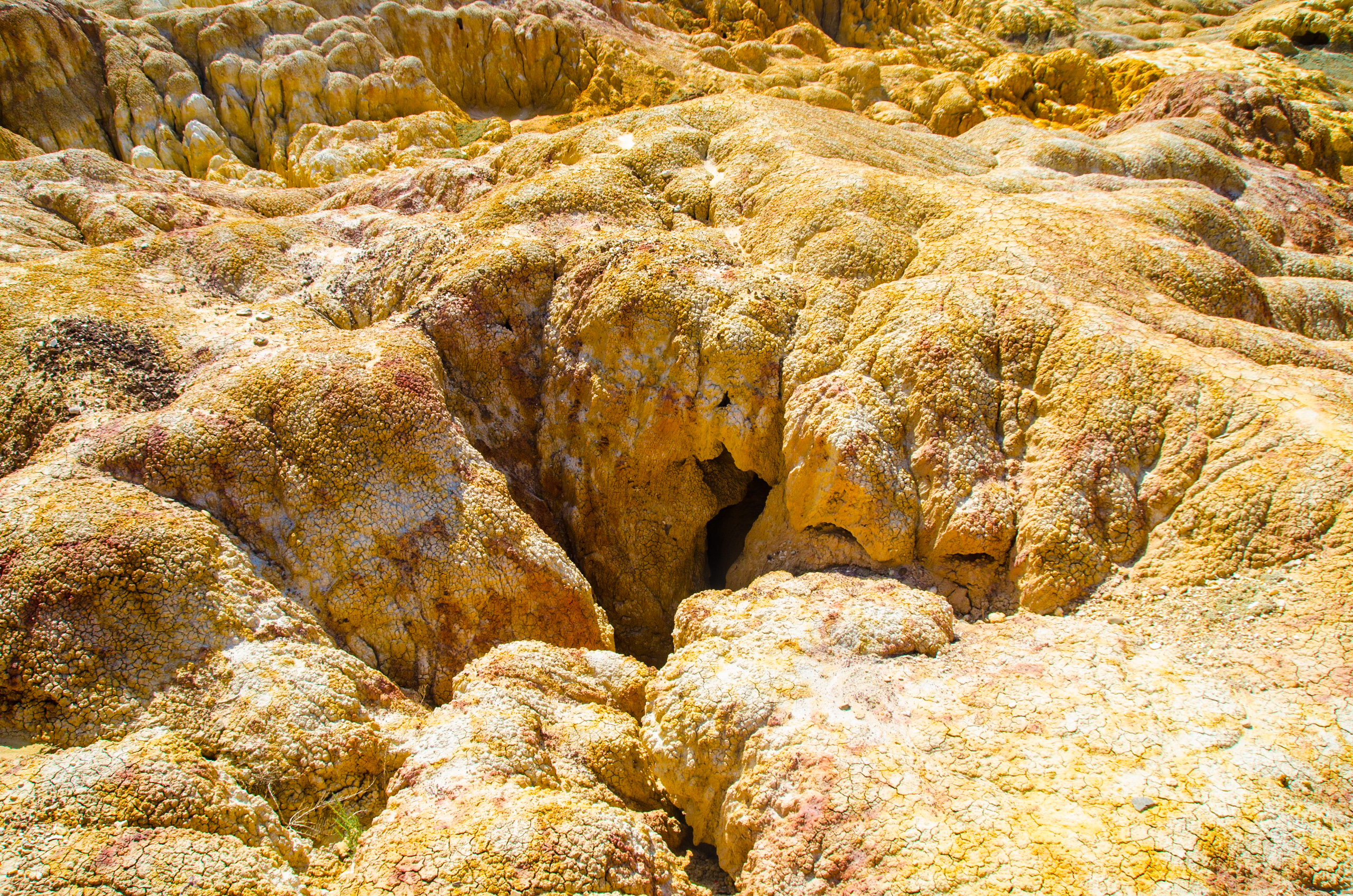 Here is a hole! 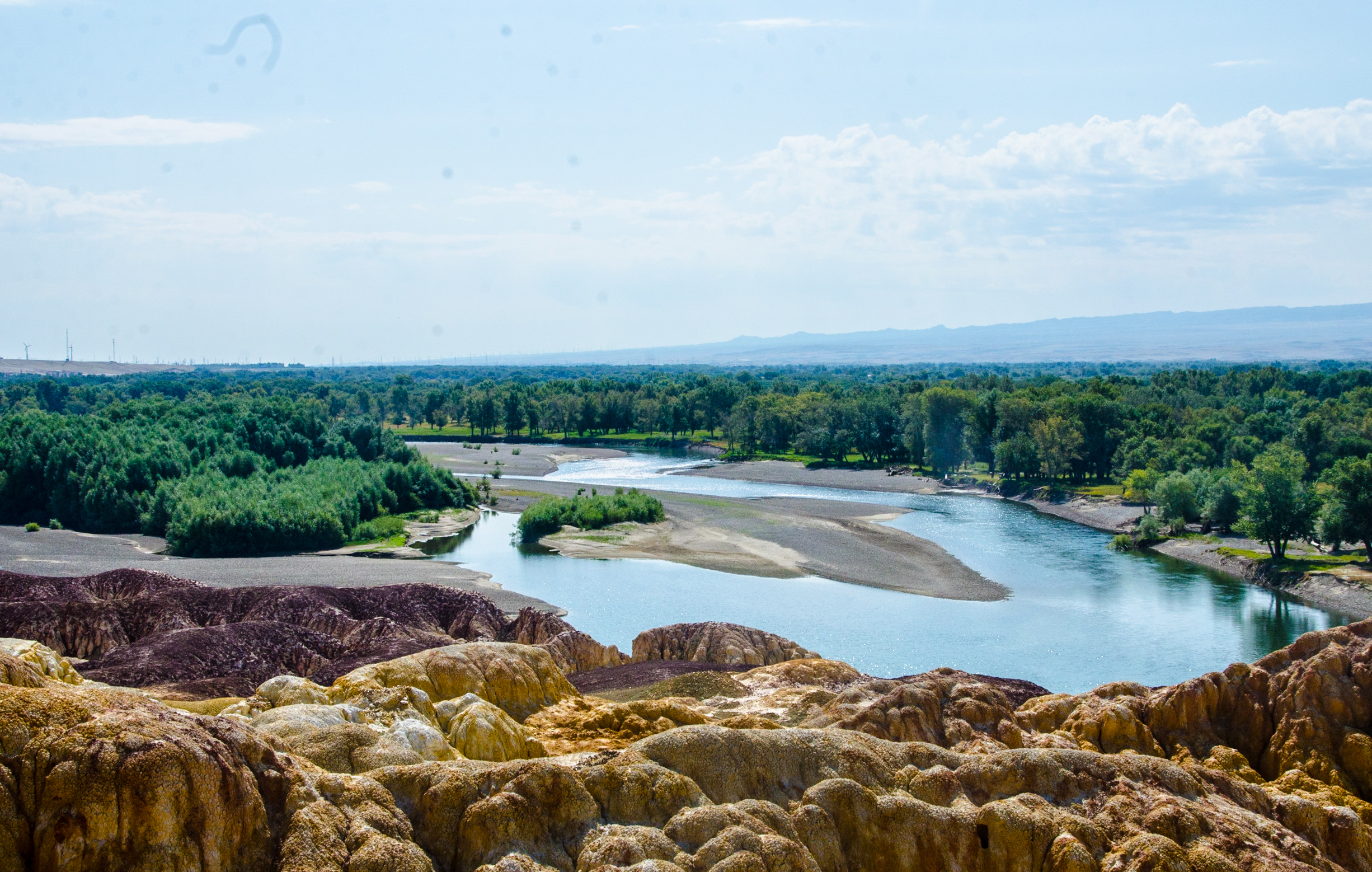 All kinds of wonders and colorful colors coexist harmoniously to form a beautiful picture. 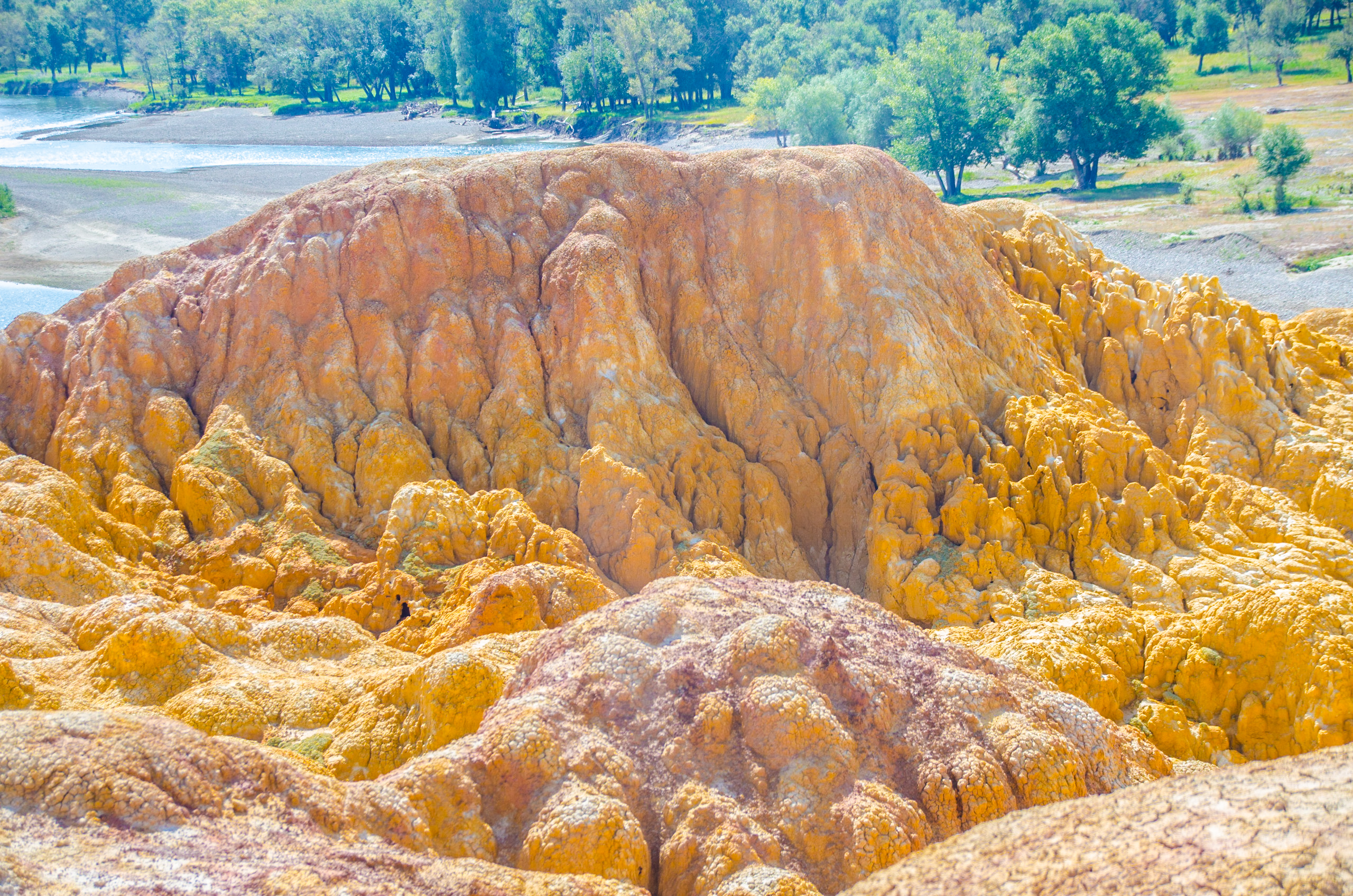 Look at this landform, as if it were a terracotta warrior, and it seems to be  thousand horses. It is shocking.

The foreign media participating in this reporting trip include NHK from Japan, Nordic Green Post Network of Sweden, Echo News of Belgium, Toro News of Afghanistan, Gikabar National News Agency of Kyrgyzstan,  media from Bangladesh, NET TV of Indonesia, and journalists from India, Egypt, Pakistan, Malaysia, Turkey and Uzbekistan. They are journalists from countries along the Silk Road Economic Belt and come to explore the mysteries of the core area of ​​the Silk Road Economic Belt in Xinjiang Uyghor Autonomous Region.