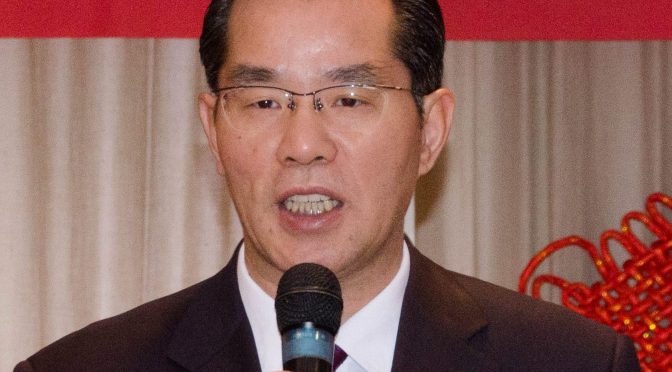 Q: Dear Ambassador Gui Congyou, how do you evaluate the development of Sino-Swedish relations in the past year? 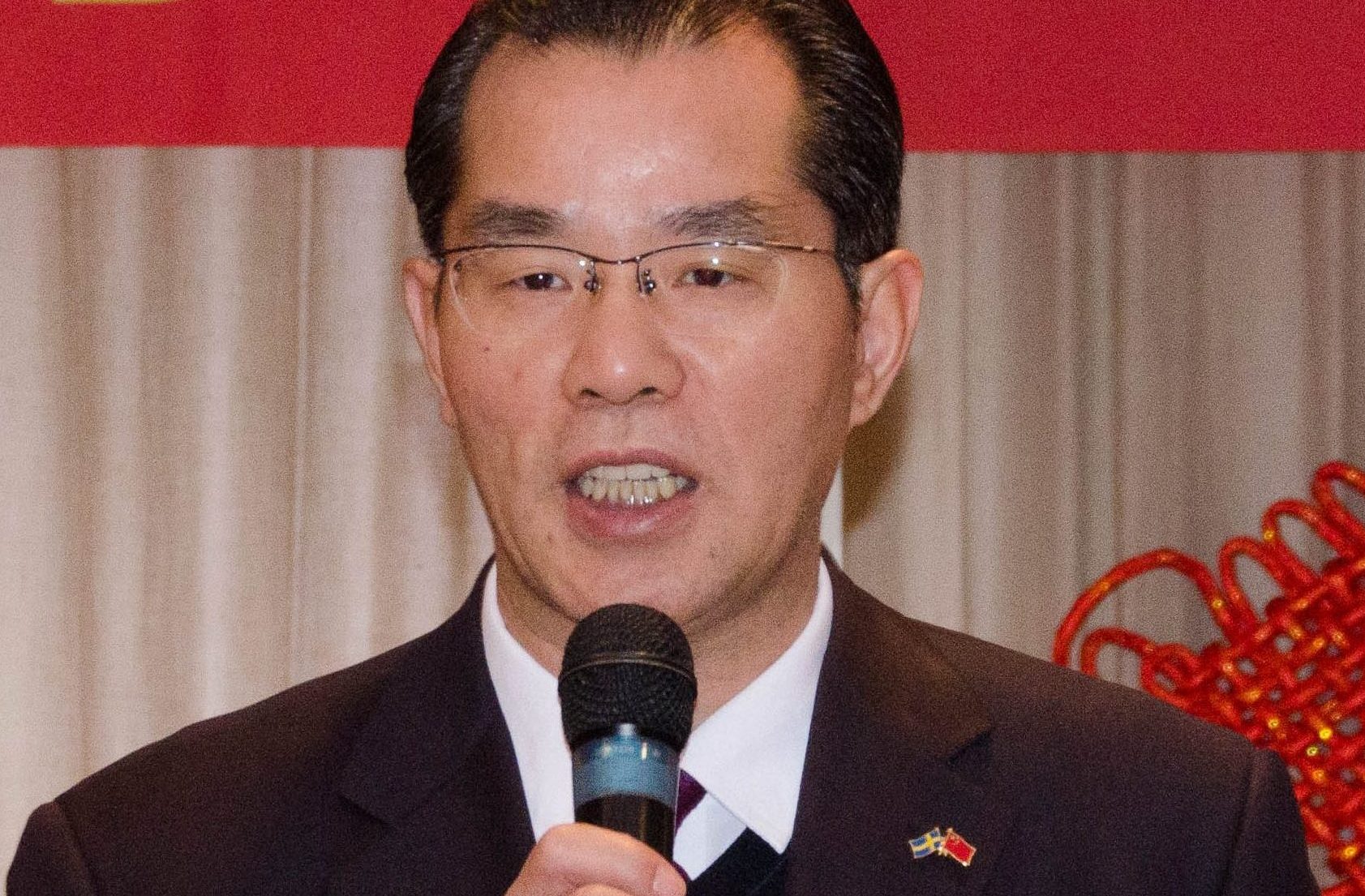 A: 2018 is a very important year for both China and Sweden. The year 2018 is the first year for China to fully implement the spirit of the 19th Party Congress and the 40th anniversary of China’s reform and opening up. Sweden held a general election in September. Over the past year, Sino-Swedish relations have maintained an overall stable development, and new achievements have been made in pragmatic cooperation in various fields.

First, the two sides maintained exchanges at all levels and in various fields. The diplomatic departments of the two countries maintain regular communication. Swedish Infrastructure Minister  Tomas Eneroth led a delegation to attend the first China International Import Expo held in Shanghai in early November this year. The pragmatic cooperation of the two countries and provincial and municipal delegations frequently exchanged visits, and exchanges between the economic, trade, scientific research and education sectors were close.

Second, economic and trade cooperation continued to grow rapidly. From January to October, Sino-Swedish bilateral trade volume increased by 17% to 12.4 billion US dollars. The annual trade volume and Sweden’s trade surplus with China are expected to reach new heights. China-Sweden “One Belt, One Road” cooperation has made positive progress. China Eastern Airlines has opened a direct flight from Shanghai to Stockholm. The Swedish province of Dalarna has opened its doors to China in the city of Ganzhou, Jiangxi Province. During the first Expo, Swedish companies signed a contract worth US$500 million with China.

Third, exchanges and cooperation in science and technology, culture, and education have maintained a good momentum. Professor Chen Zhu, a famous Chinese scientist, won the Swedish Sjöberg Prize. The China Association for Science and Technology and the Royal Swedish Academy of Engineering signed a cooperation agreement. The first Chinese Culture Festival was successfully held in the King’s Tree Garden(Kungsträdgården) in Stockholm’s landmark venue. Many outstanding Chinese art groups gave performances in Stockholm, Gothenburg and Falköping  and were well received by the local people.

Fourth, China and Sweden have conducted close communication and coordination in the multilateral arena. Facing the uncertainty of the  international situation, China and Sweden firmly support multilateralism, advocate free trade and oppose unilateralism and protectionism. The two sides have conducted effective coordination within the multilateral framework such as the UN Security Council, and conducted sound communication on hot issues in the DPRK nuclear and Yemen, and jointly committed to maintaining world peace, stability and development.

At the same time, we also saw that China-Sweden relations have been disrupted by some negative factors this year. The Swedish police treatment of the three Chinese tourists harmed their basic human rights such as personal safety and dignity. The Swedish TV station produced an insulting program which caused strong indignation and solemn protests from all Chinese people and the vast number of overseas Chinese in Sweden. This has damaged the good image of Sweden in China. We continue to urge the Swedish side to openly and sincerely apologise for the above negative events. Being ignorant about China, some politicians, media and forces in Sweden have wrongly accused China  and even interfered in China’s internal affairs. These negative factors have undoubtedly created unnecessary obstacles to the development of China-Sweden friendly cooperation. We are firmly opposed to this.

In general, I feel that friendly cooperation is the mainstream of Sino-Swedish relations. Promoting the positive development of bilateral relations is the common aspiration of the two peoples. The deepening of Sino-Swedish relations has deep potential and broad prospects. China has always been committed to promoting the continuous development of China-Sweden friendly cooperation. It is hoped that the Swedish side will go hand in hand with the Chinese side. On the basis of mutual respect and equal treatment, seek common ground while reserving differences, build consensus, and achieve win-win cooperation, creating favorable conditions for the healthy and stable development of China-Sweden relations.

Q: The Swedish media has a new understanding of you. They think that you like to confront the Swedish media. You often point out their mistakes. What is your comment on this comment?

A: The media is an important bridge between the two peoples and plays an important role in enhancing mutual understanding between the two sides. I have noticed that with the rapid development of China and the continuous expansion of China-Sweden cooperation, the Swedish media is paying more and more attention to China. There are many objective and positive reports on the development achievements of China’s reform and opening up over the past 40 years. Mutual benefit cooperation in economic and trade investment, scientific and technological innovation, energy conservation and environmental protection. Such reports will help the Swedish people to fully and accurately understand China and facilitate the smooth development of bilateral relations.

At the same time, there are still some media and journalists in Sweden who look at China with colored glasses. They are full of prejudice, stereotypes, ignorance and arrogance against China, and blame China without any basis. The China they wrote about is far  from the real contemporary China. Some media only allow themselves to distort China, but they cannot allow others to speak about China’s achievements and China’s position. This is a serious violation of the moral principles of the journalism profession. It is a typical media tyranny and public opinion dictatorship, and is not conducive to the smooth development of Sino-Swedish relations. In order to prevent these false reports from misleading the Swedish people and affecting the friendly cooperation between the two peoples, we shall realistically point out their mistakes and clarify China’s position. We welcome the constructive comments of the Swedish friends, but we have to respond to some of the crimes that are completely unconventional and with prejudice. The reason that we take the trouble to  point out the mistakes that some media and journalists have made is hoping that they will join in the Sino-Swedish friendly cooperation. We hope that the Swedish people will have full access to information and understand an objective and authentic China. I hope that some Swedish media and journalists will let go of arrogance and prejudice, truly follow the professional ethics of journalism, and treat China in an objective and fair manner. As an ambassador, the door to dialogue and communication has always been open.

Q: 2019 is the 70th anniversary of China’s founding of the People’s Republic of China, and the 69th anniversary of the establishment of diplomatic relations between China and Sweden. What is your outlook on Sino-Swedish relations in this important historical period? What major events are expected to occur?

A: 2019 is the 70th anniversary of the founding of New China. It is a crucial year for winning the goal of building a well-off society in an all-round way and achieving the goal of the first century in China. On the basis of summing up the achievements of the reform and opening up experience over the past 40 years, we will start with new morale and inherit the new development concept of innovation, coordination, green, openness and sharing, and continue to strive to achieve the goals of “two hundred years” and realise the dream of rejuvenation of the Chinese nation.  This will definitely bring new important opportunities for the development of Sino-Swedish  relations.

In 2019, China and Sweden will carry out more dialogues and exchanges at all levels and in various fields to enhance the frequency of exchanges and enhance mutual understanding. The Swedish cabinet formation process is still ongoing. After the formation of the new Swedish government, we are willing to communicate with the Swedish side to jointly plan the development of bilateral relations in the next stage. The two sides should continue to expand pragmatic cooperation in various fields, implement the consensus reached, and actively expand cooperation in the fields of innovation, green economy, energy conservation and environmental protection, and high-end manufacturing, so that the two peoples can gain more sense of gain. We are willing to join hands with Swedish friends to celebrate the 70th anniversary of the founding of the People’s Republic of China and the 69th anniversary of the establishment of diplomatic relations between China and Sweden. We will carry forward the traditional friendship between the two countries and give full play to the potential of cooperation to inject positive energy and new impetus into Sino-Swedish relations.

Q: What are your will and expectations for the overseas Chinese in Sweden?

A: In 2018, the embassy resolutely implemented Xi Jinping’s socialist ideology with Chinese characteristics in the new era, upholding the principle of “diplomacy for the people”, actively implementing the party and government’s Huiqiao Huimin policy(policy that benefits overseas Chinese and Swedish Chinese), and ensuring that the motherland’s concern for the vast number of overseas Chinese is implemented. The Embassy highly appreciated and actively supported the overseas Chinese  in their efforts to build a harmonious overseas Chinese society, carry out Chinese education, and safeguard the legitimate rights and interests of compatriots in Sweden, and implemented a series of convenient measures to apply for consular documents.

In 2019, the consular department of the Embassy will be officially renamed the Consular Affairs Department. This change highlights the increasingly important position of the overseas Chinese work in the overall work of the Embassy and reflects the determination of the Embassy to better serve the overseas Chinese. I hope that through our efforts, the vast number of overseas Chinese companions will feel happier and happier. The process of China’s 40 years of reform and opening up has fully proved that the vast number of overseas Chinese are important witnesses, participants and contributors to reform and opening up. It is hoped that the overseas Chinese compatriots will seize the historical opportunity of the new round of reform and opening up of the motherland, continue to carry forward the glorious tradition of patriotism and love the country, firmly safeguard the motherland’s reunification, care for and support the development of the motherland, actively promote the pragmatic cooperation and humanities exchanges between China and Sweden, and promote outstanding Chinese culture. To make new contributions to the Chinese dream of building a well-off society in an all-round way and realizing the great rejuvenation of the Chinese nation.

2019 is coming soon, I would like to take this opportunity to extend the blessings of the New Year to the vast number of overseas Chinese. I wish you all the best in the new year, taking advantage of the development of the motherland, sharing the dividends of the motherland’s prosperity and revival, and achieving a better life pursuit. 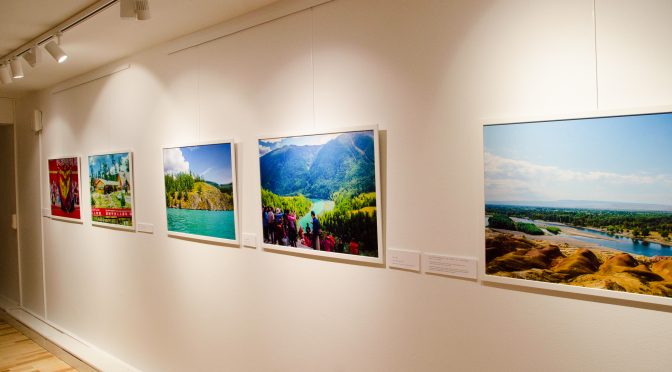