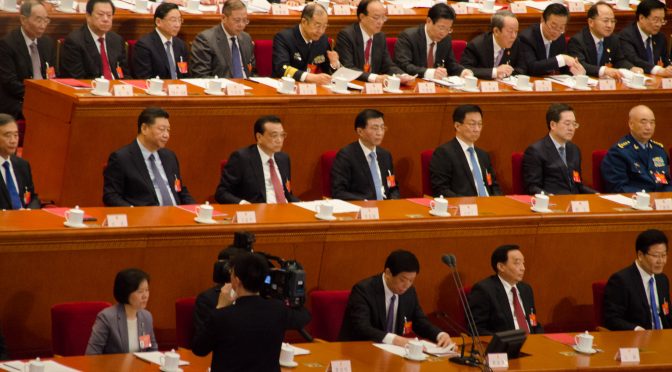 Stockholm, May 7th (Greenpost)– The annual National People’s Congress 2019 concluded on March 15th with the votes for various reports concerning the government’s work for this year.

The National People’s Congress is the supreme legislative body and represents all walks of life and all ethnic groups in China which has 56 ethnic groups.

The following are the results of the votes for various reports including government work report, budget, judicial report and Supreme Court report as well as financial report and Foreign Investment Law.

The NPC session started on March 5 and concluded on March 15th. After this meeting, local leaders and legislators will go back to their province, counties and cities, villages to implement what they have discussed and passed during the congress.

China’s success lies on this disciplined congress every year and the setting and implementation of their five year plans, and every year action plan. Since the founding of the new China and the founding of the NPC and CPPCC, China has been carrying out what they well planned in improving people’s living standards. During the cultural revolution, it was somewhat disturbed.

But after 1978 reform and opening up, China has been strictly implementing its five year plans and long term and mid term goals and targets. With such discipline, China has seen rapid development with clear goal oriented and released great productivity and vitality in the construction of China.

Now in Beijing, you still can see a lit bit of old Beijing in the very inner part, but outside the third ring road, almost all the buildings were built in recent 20 years. Chinese have been working hard and creating great wealth for themselves and for the world such as inexpensive clothes and many other products. Thus contribute greatly to the world development.