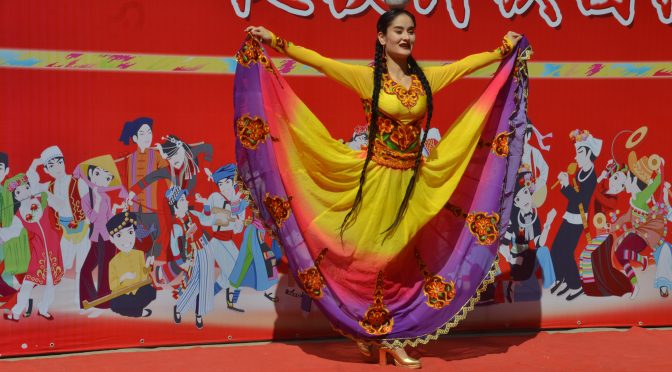 STOCKHOLM, July 15 (Greenpost) — Chinese government is determined to solve the Xinjiang problem and they wanted to solve it from the basic, economic development.

I went to Xinjiang last year from August 24-September 2 to visit many places in Xinjiang.

I was told that before 2016, Xinjiang was suffering a lot of violence and potential terrorists attacks. Since July 5, 2009 when the largest scale and most severe violence took place in Xinjiang, Xinjiang people had been suffering from the terrorist attacks in many ways. People were afraid to go to street or go to the market places. But since 2016 when a series of measures were taken to uproot the root cause of terrorism, China opened education centres while investing massive amount of money in building infrastructure and creating more jobs.

When I was in Xinjiang many people said now Xinjiang was safe and there was no bombing at all. More tourists visited Xinjiang and Xinjiang also opened its arms to more tourists. Xinjiang becomes very popular and tourism became a pillar industry.

Traditionally people often think of Xinjiang as a poor province and a difficult area. But in fact, Xinjiang is a rich area full of various resources and beautiful environment. Xinjiang is proud of its various environment. For example along the road from Urumqi to Dabancheng and Turpan, there is a lot of wind and large wind farms are established to supply green energy to Xinjiang and all over China.

The problem started from the uneven development in China plus the three forces from outside to disturb. Because China started opening up in eastern region and eastern provinces developed first. Now it is time for western China to develop.

Since Xi Jinping became President, hundreds of billions of yuan have been invested in Xinjiang to create jobs and improve living standards.

So far, Xinjiang people enjoy a much better life and feel much safer. Those who were educated are gradually released and found jobs for a living.

It is understandable that the security is tight and more strict rules are implemented. It is believed that Xinjiang will be better and better.