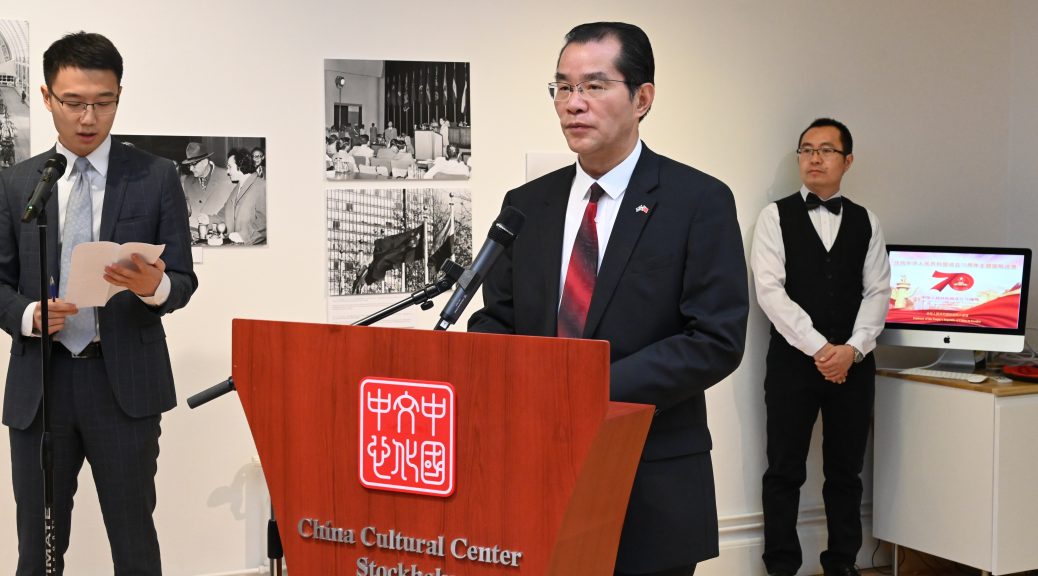 STOCKHOLM, Dec. 9(Greenpost)– A large scale photo exhibition featuring on China’s development over the past 70 years is underway in Chinese Cultural Center in Stockholm.

“The founding of the People’s Republic of China 70 years ago was of immense significance in the 5000 years of history of the Chinese nation, which profoundly altered the destiny of the Chinese people. Over the past 70 years, under the leadership of the Communist Party of China, the Chinese nation has achieved a great transformation, from standing up to becoming rich and growing strong, trailblazing a path of Socialism with Chinese characteristics and creating a miracle of rapid economic growth and long-lasting social stability.

To help other countries get a more objective, comprehensive and accurate understanding of China and better grasp the opportunities presented by China, we specially host this international exhibition of pictures. It has three sections: “Standing-up of the Chinese People”, “Spring Breeze of Reform and Opening up” and “Forging Ahead in a New Era”. The more than 160 precious and vivid pictures speak of every small step of the journey of the seven decades traversed by the new China, bringing to life the memories shared by the Chinese people and displaying the chronicle of the transformation of the country. I believe this exhibition will give you a better understanding of the past, present and future of China, and an idea of how Chinese people hope to join hands with people around the world for a community with a shared future for mankind and building a brighter future.