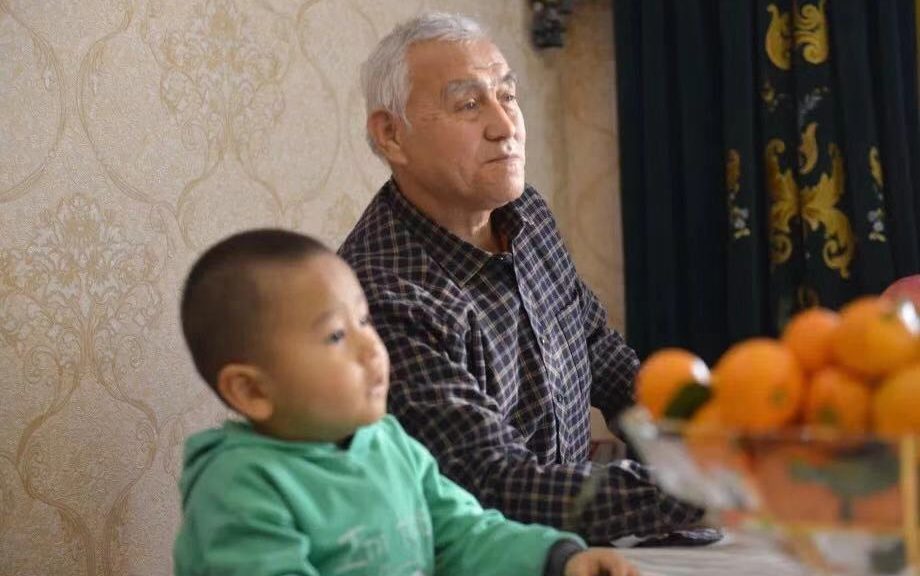 STOCKHOLM, Dec. 28(Greenpost) — At a press conference held on December 9, the Information Office of the State Council, Xinjiang Uygur Autonomous Region Party Committee Deputy Secretary and Autonomous Region Chairman Xuekelai Zakr announced that all the students who have participated in the studies aiming at eradicating extremist ideas and getting vocational skills education and training have graduated now.

However, some people who are overseas have recently announced on foreign social media that their so-called “relatives” and “friends” in Xinjiang are currently silent and have no trace of them. To answer these questions, Global Times sent out two journalists to Xinjiang to find these “relatives ” and “friends” and they found them in their home.

For this happy family, the elder brother Matito Totti Atavola is a pain that everyone does not want to bring up. A Global Times reporter learned from relevant departments that Metotoh Attawura left the country in September 2018, frequently smeared Xinjiang on foreign social media. Recently, he declared on foreign social media that Ruze Maimaiti Atavola was “missing”.

More than 2 months ago, Abdul McGee Attawola and Methito Hetti Atta Wola were on the phone, and this was the last time the whole family contacted their eldest brother. Abdugmadji Atawula said, “The elder brother asked Rutmemaiat Atawula at the time. I told him that his brother had already graduated and now he was working. I do n’t know why he tells lies. “

“Some people say I’m missing, but I’m doing well here. These are rumors that have ruined our lives and slandered Xinjiang. ” Taier Ablaiti, who was also used to make rumors about “missing”, told Global Times reporter in an interview.

Taier Abreti, 26, is an ordinary villager in Alali Township, Shule County, Kashgar, working in a restaurant in the town. When a Global Times reporter came to interview, he was serving the guests.

Taier Ablait led the reporter to visit this restaurant named “Bright Star”. Traditional Xinjiang cuisine is served on the first floor, and lamb skewers are grilling on the shelves at the door. The second floor is a western food area opened by the restaurant owner on the advice of Tail Abletti, which is new to local villagers.

Global Times reporter saw that the wall on the second floor was affixed with a wallpaper printed with a starry pattern. There was a red sofa near the table and a coffee machine on the counter. “We can make burgers, pizzas, and young people and children alike.” Speaking of his own Western food area, Taier Ablaiti looked particularly excited. With regard to his current job and a monthly salary of more than 3,000 yuan, Taier Ablaiti is very satisfied and plans to save some more money to open his own restaurant in the mainland.

“My younger brother is studying accounting in Xi’an,” said Taier Abletti. If possible, it would be better to open a restaurant in Xi’an to take care of his younger brother while earning money.

Also missing on foreign social media were an old couple who lived in Kuqa County, Aksu Prefecture, 63-year-old Aziz Niyazi and 55-year-old Maiye Yiyi. Aizizi, who had been working in the Kuche River Water Management Bureau of the Kuche Water Resources Bureau, retired in July this year.

Now he lives with his eldest son, Yusupu, to help take care of the young grandson and enjoy the happy family life. When the Global Times reporter came to Aziz Niyaz’s house, he was playing with his grandson with a toy car. “The child is more than 3 years old and is ready to go to kindergarten. He can now count to 30. He has also learned a few English words with his father.” Mentioning his grandchildren, Ai Zezi, like all the elderly people, cannot help smiling all the time.

Ai Zezi lives a simple and regular life after retirement. He gets up at 7 o’clock every morning, goes downstairs to do morning exercises, and then goes home to take over his son-in-law to take care of his little grandson.

In addition, Ai Zezi likes watching news programs. “Our country is developing very fast now. I ’m a farmer. I used to have a hard time. I relied on livestock to grow mechanized farms.” Aiziz told the Global Times reporter about the good days now.

“My retirement pension is more than 5,300 yuan per month. The state’s various policies for benefiting the people in Xinjiang involve all aspects of life, medical care, pensions, road transportation, and 15-year compulsory education from birth. We don’t have to worry about it. ” The Aziz Niyaz couple had three children, all of whom studied medicine. After his eldest son, Yusup Aiziz graduated from Xinjiang Medical University with a master’s degree, he has been working in Kuqa County People’s Hospital since 2015. Aiziz Niyazi told the Global Times reporter that the eldest daughter Ma Yiremu went to Canada to study, and the youngest daughter Buaguier has gone to school in France. They have not contacted us for 2 years.

“How are you doing, I hope they can come back early to reunite. ” Yusupu told the Global Times reporter that parents often miss two younger sisters, especially their mother, and whenever they mention them, they cannot help crying.