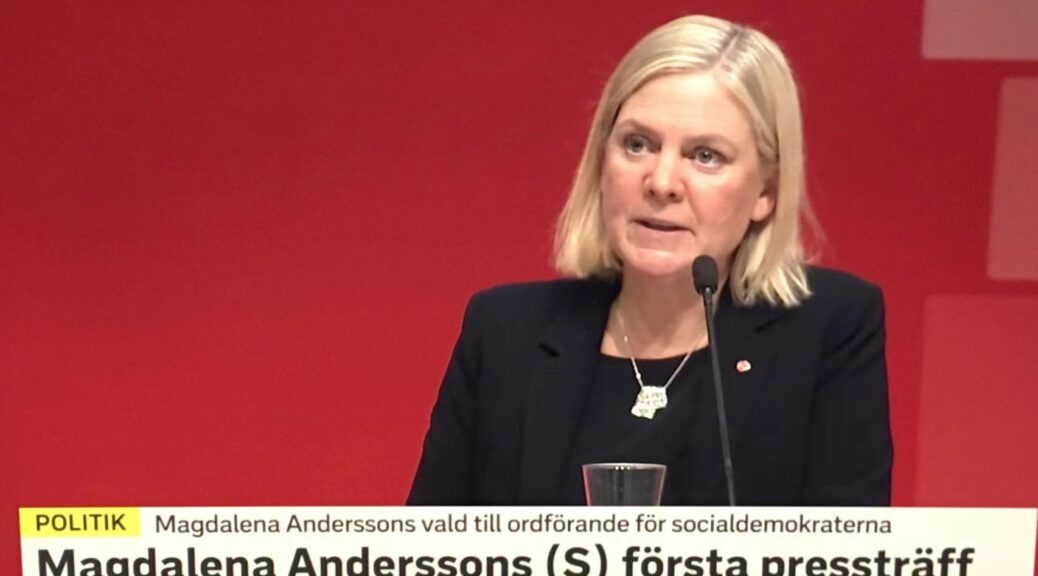 He complaint about Swedish Environmental Party’s abrupt announcement of leaving the government and causing new Prime Minister Andersson to resign just a few hours of being nominated by him.

He said this behaviour has caused harm to Swedish Parliament’s credibility and people’s confidence in parliament.

“If I knew the environment party had taken this action, I could have called for voting for the budget first or delay the voting for the Prime Minister, anyway, it is a surprise for me as well as Prime Minister Andersson. Now I make this announcement and there will be Friday for people to talk and on Monday the new voting will be held.” said Norlen.

Norlen said he had asked Andersson if the budget will be passed like this, will she continue to be Prime Minister or she will be like Löfven to resign. Andersson said she will continue.

According to Norlen, when he talked with various party leaders they didn’t change their opinion about Andersson. So it is expected that the result will be the same and Andersson will likely be voted back to be Prime Minister, the first women prime minister in Swedish history.

She will be the 34th Prime Minister in the 53rd government in Swedish history.

This year marks Sweden’s 100th anniversary of the founding of the parliament and establishment of Swedish democracy.

At that time, there was only five women members of the parliament. Thus the environmental party, center party, left party, liberal party and the independent member all welcome Andersson to be the first Swedish woman prime minister.