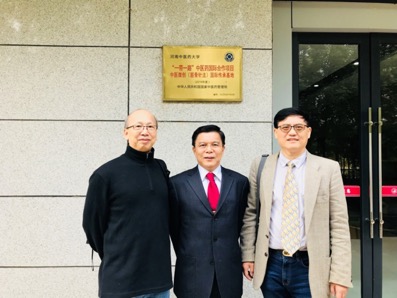 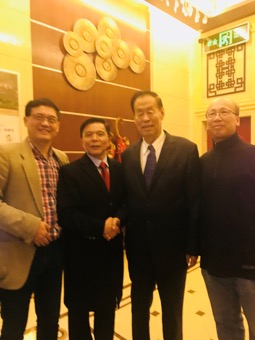 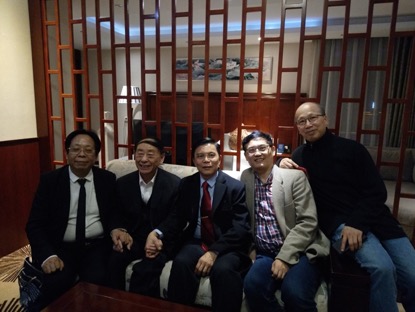 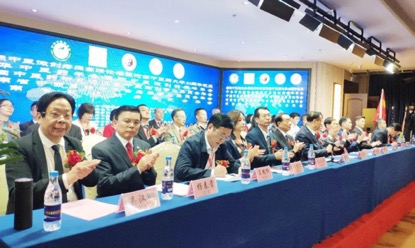 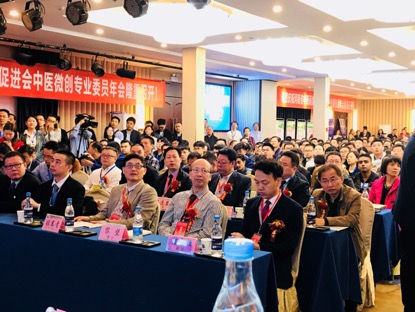 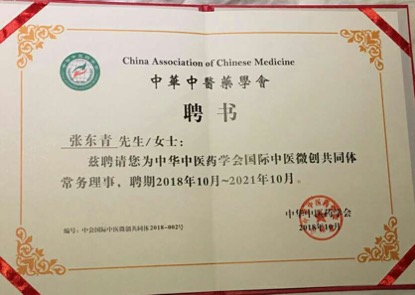 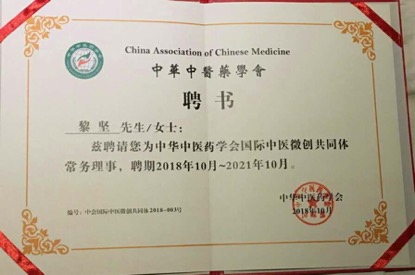 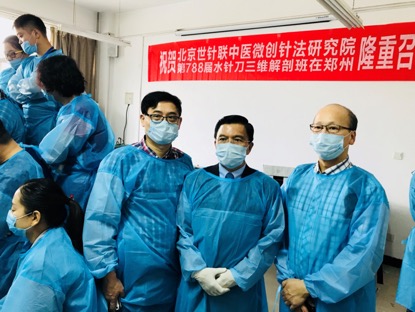 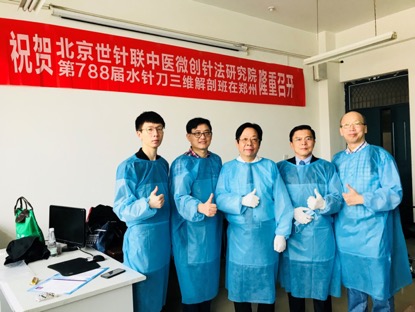 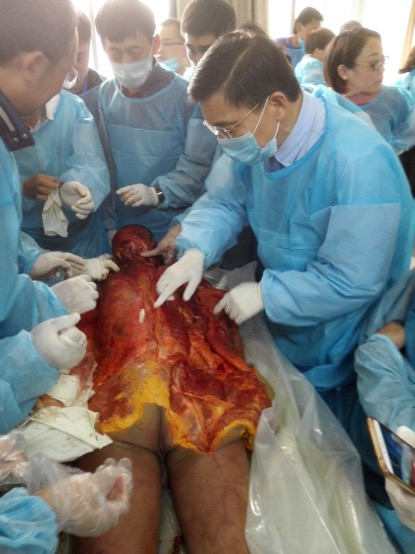 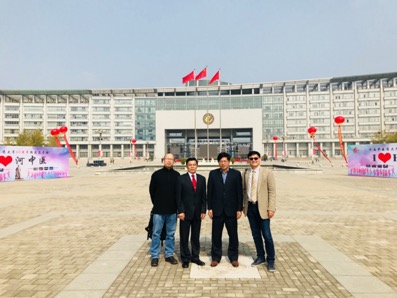 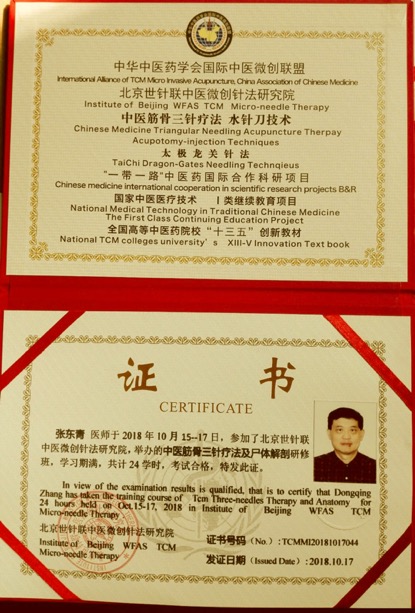 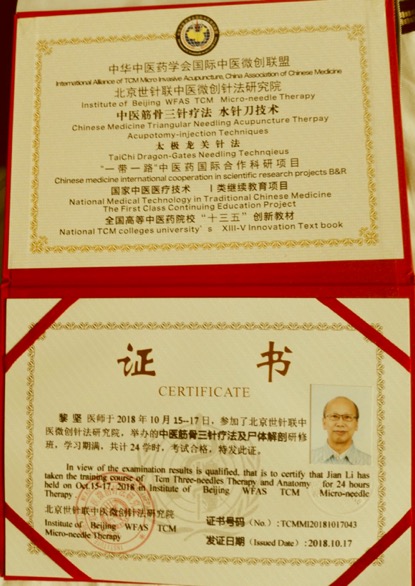 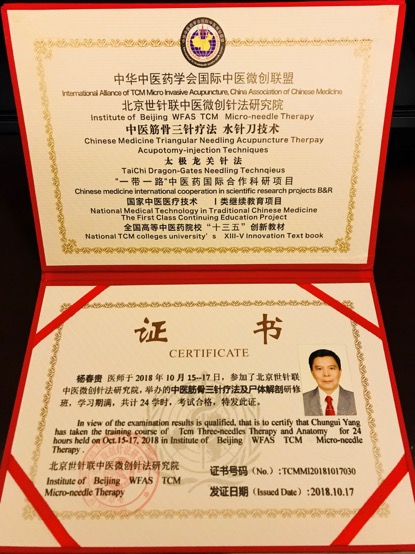 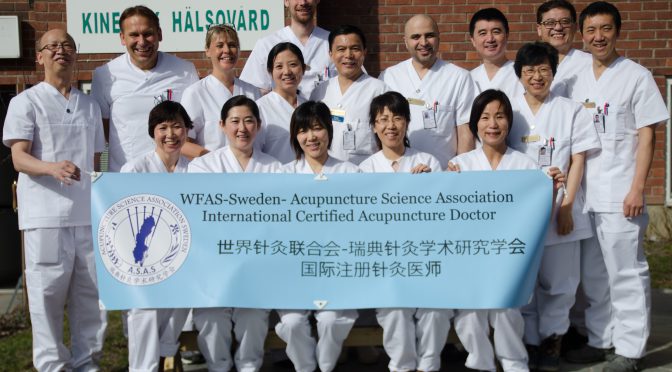 Medical experts in Sweden are suggesting a combination of western medicine with traditional Chinese medicine is best for patients.

Doctor Yang Chungui, President of the Acupuncture Science Association in Sweden explains the significance of the graduation.

“Acupuncture has been practiced in 183 countries in the world and the test is designed in line with the WHO Guidelines on Basic training and Safety in Acupuncture for those who have completed systematic acupuncture education or training. This is the first time the WFAS International Proficiency test results for Acupuncture have been issued in Sweden. ”

Doctor Yang said the certificate and card serves as a license for students to practice acupuncture. In fact, most of these students are already very experienced doctors and have been running clinics for many years in Sweden. In the future, his association plans to campaign to get Acupuncture included in the Swedish medical care system. 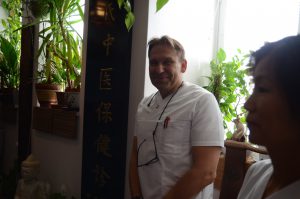 Gustaf Foghammare is a psychiatrist and family doctor. But he also practices acupuncture. He congratulated the students and was full of praise for this graduation event.

“It’s fantastic. It’s the first step to move and definitely something new, and adding to the health treatment in Sweden. We are in the position with good knowledge, and with lot of experience with TCM and we can have a good position and really make people and patient feel good. ”

Foghammare said his patients often have pain, allergies or exhaustion and sometimes he uses traditional Chinese medicine to treat them.

“I really like to see the western medicine to be together with the Chinese because I think one plus one can be three, not only two. ” 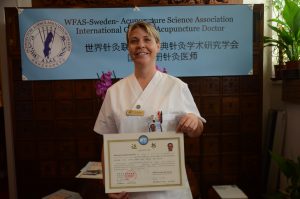 Asa Haglund expressed the same opinion hoping Chinese medicine can be included in the treatments offered by the Swedish medicare system.

“It’s very important, it will help a lot of people I think, it will be very good to work together as you do in China, it is perfect. That’s what we are working for in Sweden, now if the patients want something to help with TCM, they have to pay themselves and it costs a lot of money. We want that to be included in the health system. What is best for them is you can choose sometimes you have to take an X-Ray in the western medicine and then you need an acupuncture afterwards. That’s perfect to work together.” 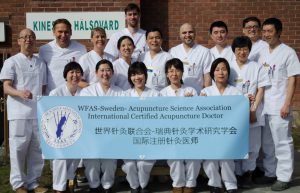 A recent survey has shown that 70 percent of highly educated people in Sweden are well disposed towards Traditional Chinese medicine.

Treasures from Qin and Han dynasties previewed in New York

One of the first released pandas has died in the wild