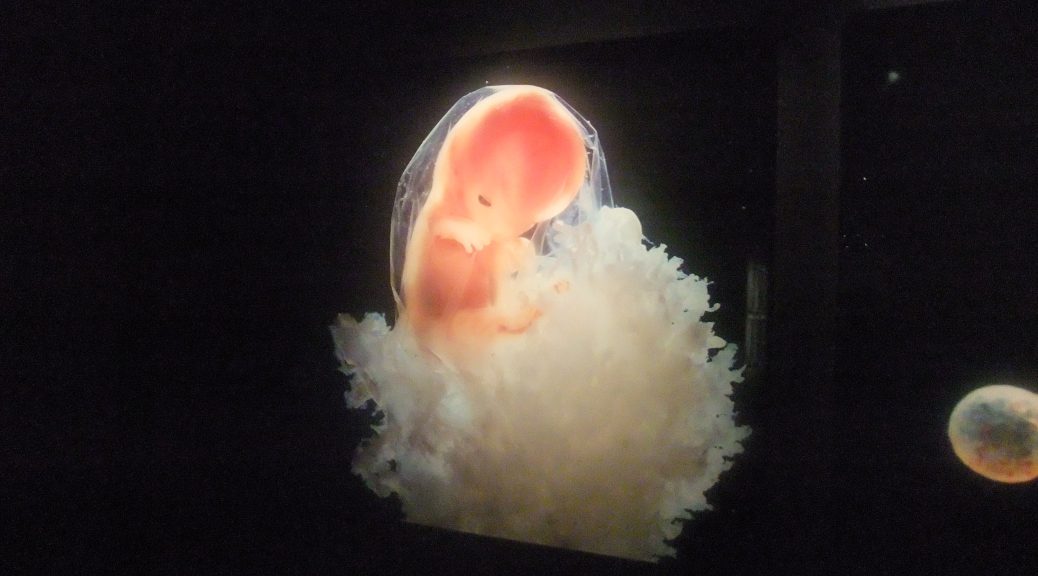 Swedish master medical photographer Lennart Nilsson is a pioneer in medical photography. In association with researchers and with the help of advanced, specially designed equipment, he has documented the inside of man down to the level of a cell with his camera. Lennart Nilsson photo by: Xuefei Chen
Born in Strängnäs, a satellite city of Stockholm, in 1922, Nilsson got his first camera from his father when he was 11 years old. From the early stage, he has been interested in looking at ants and taking photos of them.Throughout the years, he has devoted special attention to capturing the creation of a human being, from conception to birth.

In 2006 when his photo book Life was published in both Swedish and English, he was invited to give a lecture at the Stockholm bookstore. He vividly described to the public how he took the photos so that the development process of the embryo can be understood better.

Finally when he was signing his name in the book, I asked him what made him so passionate about working on this, he stopped writing and thought for a second, “I think it is the respect for life,” Nilsson said.

Nilsson began his career as a photographic journalist in the middle of the 1940s and published a number of photo-essays in Swedish and foreign magazines, including “Polar Bear Hunting in Spitzbergen” (1947) and Midwife.

In order to take a good photo of a midwife who had helped deliver 2500 babies, Nilsson followed her for months and finally, he published a collection of the women who later donated the album to a local museum.

“In 1953, I got an assignment for Life to photograph Dag Hammarskjold’s arrival in New York as UN Secretary General and then got the assignment of photographing of the human embryo, I took the two kinds of photos to the editor, the editor said the embryo is extraordinary,” Nilsson told reporters recently at a press conference in Stockholm when the new contemporary photography museum Fotografiska opened in the Stockholm Harbor.

Instead of taking a portrait of the Secretary General, Nilsson gave a full picture of the UN chief’s office with a table, three sofas and a telephone showing a world leader full of thoughts and vision for the whole world.

“When I went to the professor to take the embryo photo, I was looking around and then I saw something which was unbelievable, it was a tiny human embryo lies in a very special place, a 10-20 millimeter embryo with hands, arms and eyes, and I got a shock,” Nilsson said.

Nilsson began experimenting with new photographic techniques in the mid-1950s to report on the world of ants and life in the sea. His revealing macro-studies were published in his book on ants, Myror (1959), and in the Life in the Sea (1959), and in Close to Nature (1984).In the 1960s special designed, very slim endoscopes made it possible for him to photograph the blood vessels and the cavities of the body with the necessary depth of field and, in 1970,he used a scanning electron microscope for the first time, he was also considered the vanguard for three dimension digital pictures of the body organs. A baby in the womb, photo by Lennart Nilsson.
After his photographs of human embryo were published, he was encouraged to continue photographing the origins of human being.

In order to show the foetal development from the earliest stage he used macro-lenses and instruments with special wide-angled lenses.

“This takes many years, and it was taken black and white first and after about a year with special interference condenser, they were made colored,” Nilsson explained to People’s Daily Online in his exhibition gallery in the museum.

The publication in 1965 in Life, ‘The Drama of Life before Birth’, became a milestone. His famous book A Child is Born was published in the same year and has since been published in five editions in over twenty countries, according to the information from his webpage.

“In 1958, I believe, I was thinking about giving up photography for five years to study medicine. I didn’t want to become a doctor, but wanted to learn the basics. But a professor I was working with advised against it. He said, ‘Lennart, don’t lose those five valuable years. Read the literature and then put us researchers to use – we’ll have all the latest news!’” he said in an earlier interview.

He was under contract as a photographer for Life from 1965-1972 and produced stories on the heart and heart attacks, the microscopic view inside the body and the brain.

His experiments with photography and light microscopy were succeeded by his use of the scanning electron microscope, which provided not only magnification of hundreds of thousands times but sharp three-dimensionality.

Nilsson has established an international reputation for his films for television on the human body, but he has also directed his attention to the animal world and the plant and insect world.

He was the first person to take the photo of HIV virus and through that process scientists found that some people in Africa can never get HIV. He has also taken photographs of cancer cells for research.

Talking about the technology, he revealed that light was the enemy for him to take photos because the subject he took was always too small and in dark place.

Nilsson has received a number of eminent awards and prizes for his photographic work. He was the first recipient of The Erna and Victor Hasselblad Foundation’s Photography Award in 1980 and received the ICP Infinity Award in 1992 among others.

In 2009 the Swedish Government awarded Nilsson the honorary title of professor.

NASA’s unmanned spacecraft Voyager I and Voyager II both carried photographs from A Child is Born on their journey through the solar system and out into the universe.

As a result, his work has been collected by a number of museums and institutions, including the British Museum in London, Tokyo Fuji Art Museum, MOMA in New York, Hasselblad Foundation in Gothenburg, National Museum and the Modern Museum in Stockholm.

“I like to read biographies about people who have contributed a lot to humanity. I listen to classical music when I work, ideally Beethoven. And I hum and sing when I work. It could be old narrative songs or anything at all,” Nilsson said when he was interviewed earlier by the local media.

Nilsson is very modest and sincere. At age of nearly 88, he is still cooperating with colleagues in Karolinska Institute where the Nobel Prize in Physiology or Medicine is selected every year.

“If they have an interest, be persistent, I have many assistants and students and this is very important because they are welcomed to get connection with Karolinska Institute, it is very important to feel welcomed and to be there and get more information from it, Karolinska Institute is working for one reason, that is for health, to discover ways to deal with cancer, so I am very glad to be included in the program in autumn,” Nilsson said to People’s Daily Online on advice to young scholars and how he keeps fit.

“He can forget all the other things when he is working and he is still working diligently,” Mrs Nilsson told People’s Daily Online.