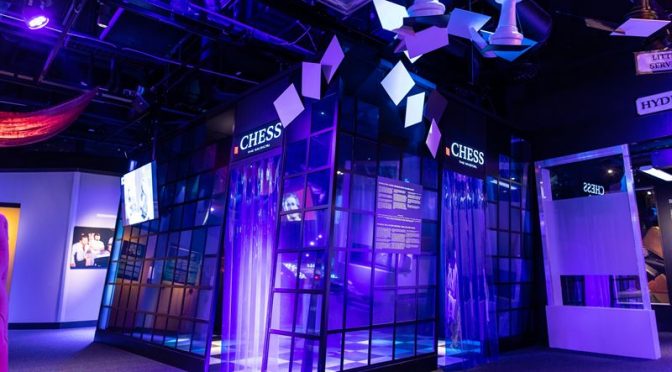 STOCKHOLM, May 9 (Greenpost)– FOLLOW THE STORY OF THE MEMBERS FROM 1982 UNTIL THE PRESENT DAY – THE NEW EXHIBITION OPENS TO THE PUBLIC ON MAY 8th 2018!

See, whether it is purposely or not, it is true that the promotion was decided to be on May 8th, 2018! 8 matters not only in China, but also in Sweden, because it sounds good luck and wealth in Chinese.

36 years have passed since Sweden’s most successful music export stopped playing together, but these days their songs are listened to more than ever before. ABBA The Museum celebrates its 5th anniversary in 2018 and is marking the occasion by opening a new interactive exhibition with 15 new attractions.

Five years ago ABBA museum opened and the news spreaded to all over the world due to the international correspondent, maybe, at least a young friend coming from Paris told me that she just liked to have a visit to ABBA when she came to visit Stockholm late last year.

The new exhibition at ABBA The Museum begins with a film produced by Jonas Åkerlund, with material from all four members’ own projects from 1982 until the present day. The various attractions include the Chess display (where visitors can try their hand at conducting the Gothenburg Symphony Orchestra in an interactive experience to the score of Chess or One Night In Bangkok), the Mamma Mia! display (where visitors can virtually help Donna paint a door and window shutters), and the BAO display (where visitors can dance to the Benny Anderssons Orkester as it is projected on the wall). The exhibition also features special displays dedicated to the careers and solo projects of the four members after 1982, with video clips, live performances and newly recorded interviews.

– We depict the musicals, solo albums and films through the use of both digital and analogue techniques. In true ABBA The Museum style we create imaginative settings and tell the story with exciting interactivity, says Ingmarie Halling, Creative Director/Curator, ABBA The Museum.

– Some music never dies – it multiplies, is the best way to sum up the new interactive exhibition, which will be an important complement to the existing attractions at ABBA The Museum. The pop sensation that was ABBA remains a never-ending source of musical inspiration, and it is only right that we have a permanent exhibition dedicated to the worldwide achievements of the band’s members. This exhibition will provide a huge boost, not only for the museum itself, but for the whole of Djurgården as a tourist attraction in Stockholm. I heartily welcome visitors from all corners of the globe to ABBA The Museum on May 8th 2018, says Mattias Tengblad, Managing Director and Group CEO, ABBA The Museum at POP House Stockholm.

INTRO FILM – Jonas Åkerlund has produced a new film! It signals the start of the new exhibition. Visitors get to enjoy a 4-minute-long film with material from all four members’ own projects from 1982 until the present day.

THE AIRPORT – Visitors get to go through a gate at Stockholm-Arlanda airport that symbolises when the four band members flew to London for a record release that would turn out to be their last such release together as ABBA.

CHESS – The Conductor, an interactive experience. A chance to try one’s hand as a conductor to the score of the musical pieces Chess and One Night In Bangkok. The points are saved on the ticket.

LYRICS – On two walls in the exhibition we focus on lyric writing in general and Björn Ulvaeus in particular. This attraction includes interviews with Kristina Lugn and Marie Nilsson from Ainbusk Singers, who discuss their views on writing lyrics.

BAO – A dance floor where visitors can experience, and dance to, the Benny Anderssons Orkester as it is projected on one of the walls.

FRIDA AND AGNETHA – Two ”houses” dedicated to Frida and Agnetha and their solo projects and careers after 1982. This attraction includes clips from music videos, live performances and interviews as well as original clothes etc.

KRISTINA FRÅN DUVEMÅLA – Original objects from the 1995 production of Kristina Från Duvemåla, including the stove that is the centrepiece of the room. This attraction also allows visitors to see and listen to songs from the musical.

QUIZ – A chance for visitors to test their knowledge about the four members and their respective projects after 1982.

BJÖRN AND BENNY – An attraction dedicated to Björn and Benny’s own projects, including newly recorded interviews and press clips from their various adventures.

MAMMA MIA! – An attraction that provides visitors with the experience of virtually painting a door and window shutters on Donna’s house – Help Donna fix the house. Other features include video clips from both Mamma Mia! films, behind-the-scenes material and original clothes. Adjacent to this attraction there is also a display of the original model for Mamma Mia! The Party that was made by Bengt Fröderberg and Anna Söderberg.

MIXBOX – A chance for visitors to mix music by using various pre-recorded soundtracks.

SING-ALONG WITH KALLE MORAEUS – This attraction provides an opportunity to interact with Kalle Moraeus and Göran Arnberg from BAO. Visitors are also invited to sing along when they perform Thank You For The Music!

LISTENING STATIONS – A chance to listen to all the music created by the four members after 1982.