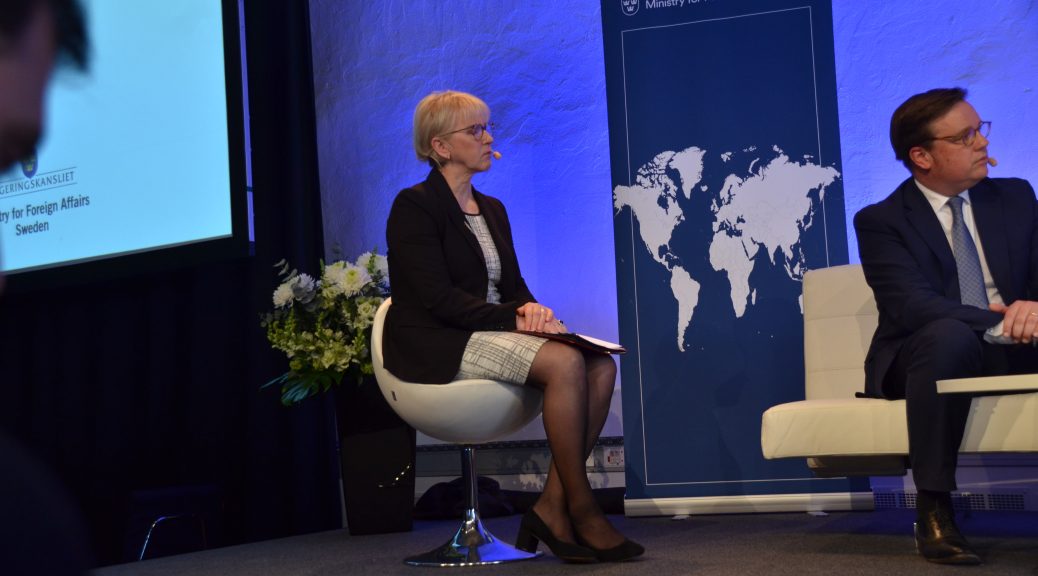 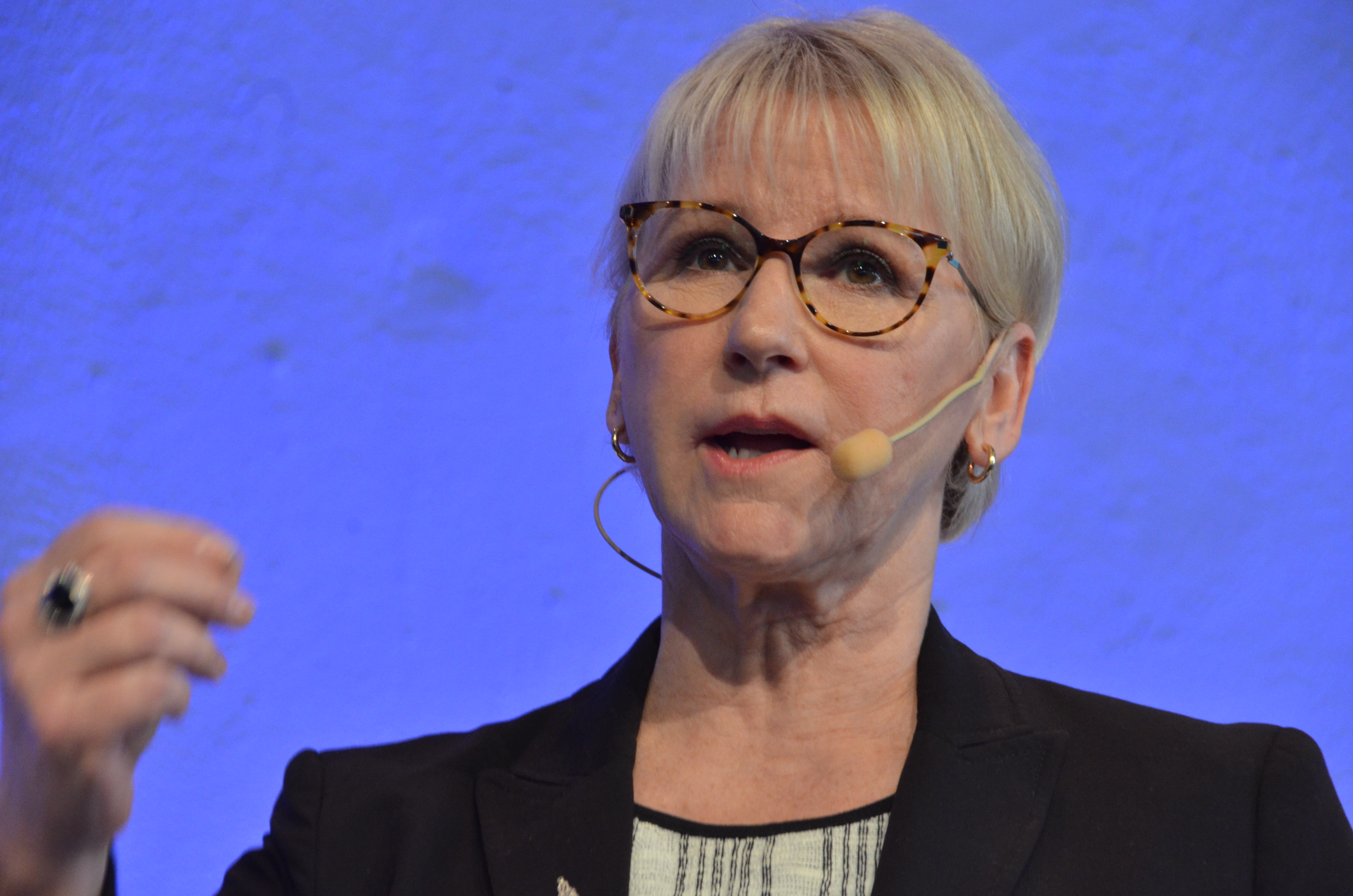 Today the members of the United Nations Security Council are meeting to discuss climate change and security for the first time in seven years. In recent years, clear signs of climate change have made it difficult to turn a blind eye.

The aim of today’s meeting, chaired by Sweden, is to increase understanding about the exacerbating effects of climate change on conflict. 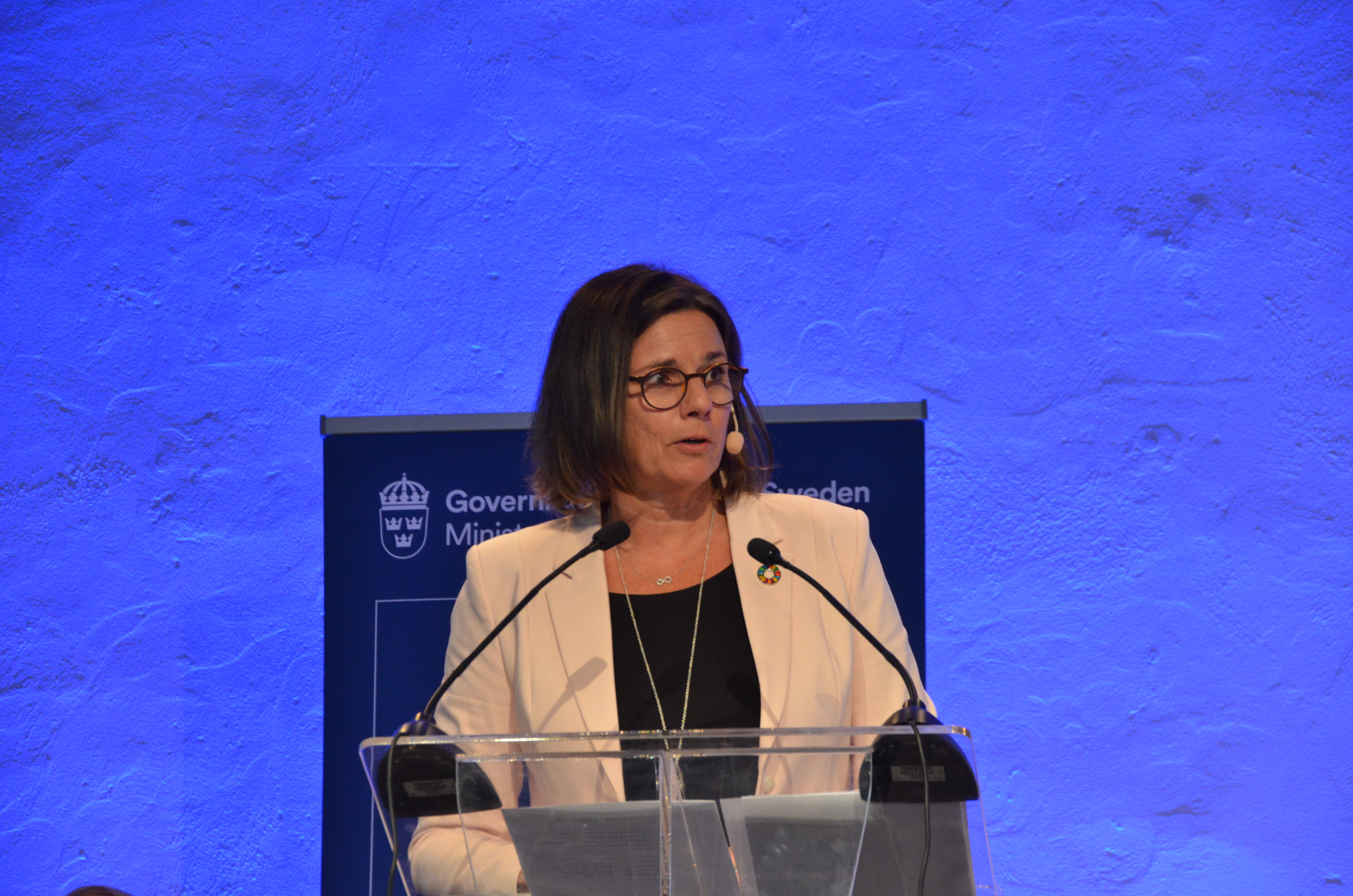 In Sweden this year, spring and summer have been characterised by extreme weather. Water shortages, forest fires and crop failures have become recurring news stories. The issue feels increasingly relevant and part of our reality. Extreme heat is now also affecting Canada and California, while extreme rainfall across Japan has led to two million people being evacuated from their homes, and more than 120 people have died.

But people in poor countries are those hardest hit by the adverse impacts of climate change. There, resilience to extreme weather events and crop failure is extremely low. Women are often disproportionately vulnerable in these situations. Fragile countries risk being stuck in a vicious cycle of instability and climate risks.

A few days ago, Swedish Minister for Foreign Affairs Margot Wallström, UN Deputy Secretary-General Amina Mohammed and other United Nations and African Union representatives conducted a joint visit to Chad and Niger. In doing so, we continue the focus on a region where the link between climate change and security is particularly clear. This will help us better understand the various dimensions of the conflict, such as links to terrorism, lack of development, gender inequality and the impact of climate change. The visit made clear that traditional security measures are not enough to promote peace and security.
Last year, the Security Council also travelled to the Lake Chad region. After the trip, Sweden initiated a ground-breaking resolution that was the first to identify the impact of climate change on a specific conflict, and called for the UN to strengthen its capacity to respond. This marked the beginning of a new approach to climate change in the Security Council.

The Sahel region of West Africa has been hit hard, especially Mali and the Lake Chad region. Shorter and less predictable rainy seasons have increased competition for scarce resources, exacerbating existing tensions between herders and settled farmers. People’s livelihoods and food security are threatened, further increasing people’s vulnerability. In countries where resilience to crisis is weak and social and economic security extremely limited, we see more and more people being recruited by extremist groups offering money and food. Many choose to leave their homes and flee.

Another telling example is the many small island state that are at risk of being submerged when sea levels rise. It is difficult to image the consequences of entire nations potentially disappearing.

These are only a few examples of the link between climate and conflict. We need to better understand how climate interacts with, and at times reinforces, patterns of conflict. Without this understanding, we — the international community — will never be able to take fully informed decisions to promote peace and prevent conflicts.
Sweden has worked intensively to bring greater international attention to the issue. The international community must be better at understanding, highlighting and committing to action against the threats of climate change. This means improving conflict prevention work.
The United Nations Security Council, whose primary responsibility is the maintenance of international peace and security, must lead the way. We simply cannot ignore this issue in our quest for sustainable and peaceful development. Since Sweden took its seat on the Security Council, we have worked continuously to raise awareness of this issue. And we have achieved many important results. Sweden is working with other like-minded countries to draw attention to climate-related security risks, and we have seen results in regions including West Africa and the Sahel, and countries such as Somalia and Mali. We also work strategically with incoming Security Council members to ensure that the issue continues to receive the attention it deserves when Sweden is no longer a member.

Sweden is doing its share, in foreign policy, climate policy and aid policy. Sweden is demonstrating global leadership in climate finance and development cooperation, and is the highest per capita donor to most of the largest multilateral climate funds. Climate and conflict perspectives are continuously integrated into development cooperation, and a range of contributions focusing on climate and security are being implemented.

The Government also supports the establishment of an international research centre for climate and security, the Stockholm Climate Security Hub, which will engage some of the leading Swedish research institutes in the field. This will be launched in conjunction with World Water Week in August with the aim of promoting knowledge development and policy dialogue in the area, not least to support the UN and other multilateral actors with evidence-based analysis.
Today’s Security Council debate on climate and security was far from self-evident. But our efforts are met with ever-clearer support from countries on all continents, and with great gratitude especially from the many affected countries that are already experiencing the grave effects of climate change.

We are now looking ahead to next year’s UN climate summit. If we are serious about the Global Goals, including global sustainable development and peace and security, then climate-related security risks must be on the global agenda. The situation is acute. And we have no time to lose.