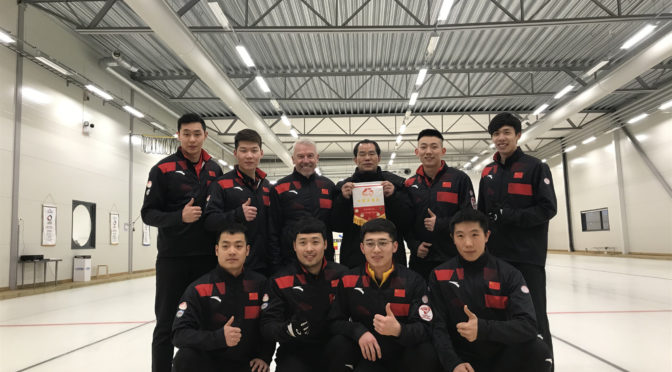 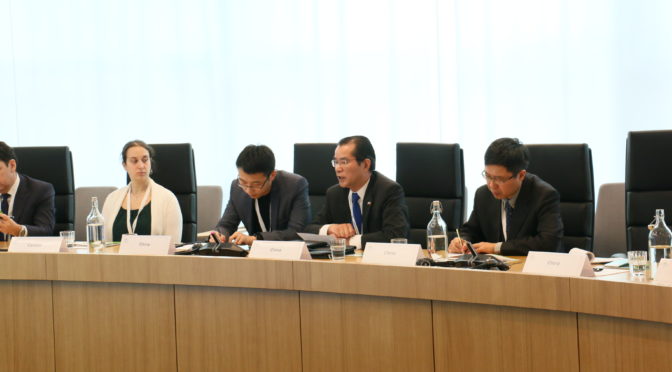 Stockholm, Feb. 24(Greenpost)– On 20 February, Dr. Andrea Ammon, Director of the European Center for Disease Prevention and Control (ECDC), held a briefing for the diplomatic missions in Sweden at the Center to introduce the new developments of COVID-19 and the close exchange and cooperation between the ECDC and the China Center for Disease Control and Prevention. She also recommended that the missions keep in contact with the ECDC and obtain objective information from the Center’s website. Ambassador Gui Congyou attended the briefing together with diplomatic envoys of more than 30 Embassies in Sweden, including Italian, Croatian, Austrian, Lebanese, and Bulgarian Embassies.

Ambassador Gui expressed his appreciation for the ECDC and Dr. Andrea Ammon for their professionalism in presenting the developments of COVID-19 in an objective way, which helps prevent spread of rumor and panic.

Ambassador Gui said that after the outbreak of COVID-19, our Embassy was instructed by the Chinese Government to maintain close communication with relevant departments of the Swedish Government and experts and provide updates in a timely manner. Some Swedish experts told me that there is no need to panic since an epidemic can occur in any country or region, and what is crucial is to make all-out efforts to prevent and control it. The Communist Party of China and Chinese Government have taken stringent measures above what is required by WHO standards and the International Health Regulations, and implemented the national joint prevention and control mechanism, which have generated positive results. The number of newly confirmed cases in areas other than Hubei Province dropped from more than 800 cases on 3 February to 45 yesterday, decreasing for 16 consecutive days. The daily number of new cases in Hubei Province decreased from more than 2000 to less than 1000. Since 1 February, the number of cured cases has exceeded the number of deaths. These positive changes indicate that China’s prevention and control measures are effective, and that the epidemic is preventable, controllable and curable.

Ambassador Gui said that as experts from various countries are yet to fully figure out the pathogens and modes of transmission of this new type of corona virus, it will still take some time to develop effective medicine and vaccines. The Chinese Government will continue to take stringent containment and mitigation measures. By doing so, we shoulder the responsibility not only for the Chinese people, but also for people around the world.

Ambassador Gui said that China has been maintaining close communication and cooperation with relevant countries and the major disease prevention and control centers all over the world, including the ECDC, in the principle of openness and transparency. The epidemic is a challenge not only to China’s public health security, but also to the international public health security. We hope that all countries will strengthen solidarity, follow WHO recommendations, avoid overreactions and maintain normal people-to-people and trade exchanges, to jointly overcome the epidemic.

The diplomatic envoys gave their thanks to Ambassador Gui for his introduction, applauded China’s great efforts and sacrifices to contain and mitigate the epidemic, and expressed the confidence that China can overcome the epidemic at an early time. 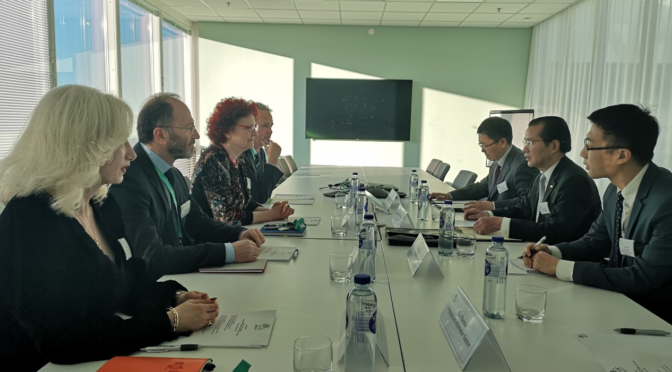 Stockholm, On 13 February, Ambassador Gui Congyou visited European Centre for Disease Prevention and Control (ECDC), and briefed Director of ECDC Dr. Andrea Ammon on the efforts by the Chinese side to control the Novel Cronavirus Pneumonia (NCP) epidemic.

Ambassador Gui said, there is a Chinese saying that goes “lives are of paramount importance”. Immediately after the unexpected NCP outbreak, the Communist Party and Government of China took the most comprehensive, thorough and stringent measures even beyond the standards of WHO, which is to put the security and health of 1.4 billion Chinese people at first and to prevent the epidemic from spreading to other countries to the maximum extent out of responsibility for people all over the world. The Chinese side is launching a general offensive against the outbreak by preventing new infections, decreasing the number of cases and doing our best to reduce the rate of severe cases and mortality, increasing the number of cured patients and patients discharged from hospitals. The Chinese side is confident and capable of defeating the epidemic at an early date. In a globalized world, no country is insulated from the others. The Chinese side is willing to strengthen cooperation with ECDC to jointly fight the epidemic and contribute to the global cause of public health.

Dr. Ammon said, since the outbreak, every day the Chinese Center for Disease Control and Prevention provides data and information regarding the virus to ECDC transparently and openly, which helps ECDC to provide recommendations to EU member states based on scientific evidence. I sincerely thank my Chinese colleagues for that. There are some cases in Europe where Chinese people were discriminated, which my colleagues and I regret to see. It is not the European way. Health authorities from EU countries stressed the importance of being united with China at the difficult time. A number of EU countries also donated medical supplies to China via WHO. The ECDC hopes to keep close contact with Chinese authorities, and work to defeat the outbreak as soon as possible.

After the meeting, Dr. Ammon accompanied Ambassador Gui and his delegation on a tour around ECDC.