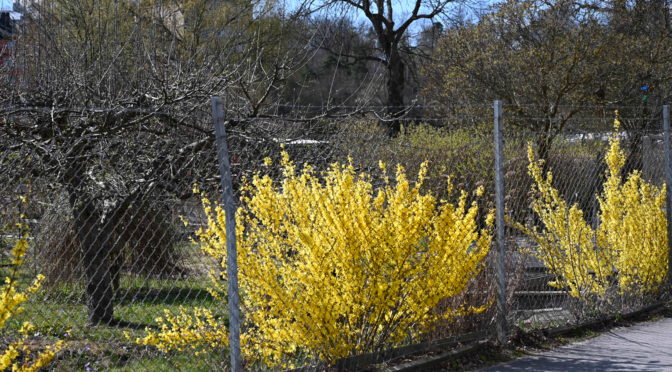 STOCKHOLM, May 4(Greenpost) — For a long time I couldn’t understand why President Trump keeps on saying that China has hidden the corona virus disaster. After a long time of thinking I understood that he couldn’t believe why only less than 4000 people died from corona virus related disease in China. He simply couldn’t believe it because both in Europe and America there have been such a huge death toll.

He was shaken and he was angry. Thus he couldn’t believe China did so successfully in terms of lives saving. Thus he kept on saying China was hiding.

But the truth was that China didn’t hide. Even China hid, it was just about a few hundred. For example, when Chinese scientists published articles, they took 41 samples by January 10th. And then there were two weeks there were not many reports about the cases.

Then by Jan. 22 China found it has the danger of spreading from person to person. By then how many cases China had? I read the number it was about four hundred cases, at most one thousand infected because there was overload of patients in the hospitals. Then there was a panic and Academician Professor Zhong Nanshan, focal person for China’s antivirus campaign announced this news and together with other Chinese doctors they suggested Wuhan closed down so that the virus would not spread all over the country, even to the outside world.

From then on, China made use of big data to calculate the patients, using AI to identify those who have contacts with the patients. All the modern technology was used.

Most importantly, Chinese medicine was used to prevent people from getting worse.

From the beginning, Chinese traditional medicine doctors who are colleagues of Nobel Prize in medicine winner Tu Youyou were invited to go to Wuhan to participate in treatment. Zhang Boli, who used to be the boss of Tu Youyou and colleague who was also renowned for his advanced experiences in dealing with virus.

So we can say that traditional Chinese medicine played an important role while more and more people sacrifice their life and time and energy to take care of the patients. It was this kind of sacrifices spirit that have saved more lives in Wuhan, Hubei Province.

3000 doctors and nurses got infected and about 200 of them died during the campaign. China sacrificed a lot in terms of economy because the whole nation was closed for over a week and many provinces for two weeks. In Wuhan it was till April 8th.

During the inspection of the WHO, both experts and journalists seemed not to publicise Chinese medicine very much. As a result, in the west, people can only rely on the breathing machines or respirators, no other medicine. But in China, they used Chinese herbs to help patients to sleep, to get rid of fear and help patients to improve the immune system.

With the cooperation of western and Chinese medicine, it was a great practice. Of course, at the beginning Chinese people were not satisfied and many people thought still too many lives were cost.

But when the virus took place in Europe or in America, then we realised how the Chinese medicine or Chinese thinking or the whole hearted anti virus campaign actually worked not badly.

I don’t want to make comparison, but I can’t help. Chinese way is to put people in the center. China cost a lot of economy, but to prevent the virus from killing people, they can earn money later.

China doesn’t mean to keep itself what they did as a secret. China likes to share its experiences. But indeed, I have to say that kind of caring and generous method was hard to learn. And in the long run, whether there were psychological consequences or not, we didn’t know. I couldn’t imagine if there was because it was during the Spring Festival time and people should stay at home and reunited with the family any way.

Thus it was possible for many people to stay at home because staying outside, it was too dangerous during the first three months of this year.

China liked to help and share, but encountered a lot of misunderstanding and criticism. Only time will tell how China could be understood.