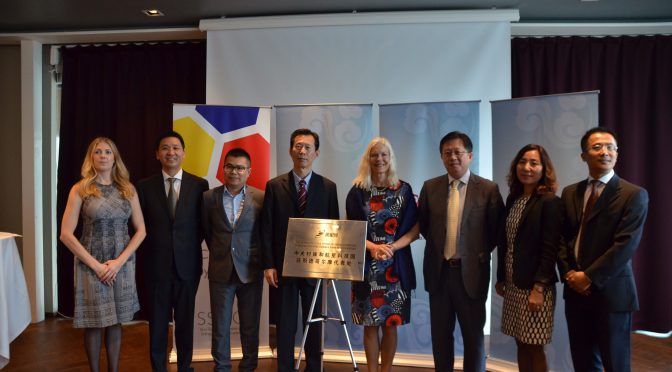 “Sino-Swedish Innovation and Entrepreneurship Center is a great example of such cooperation when Chinese and Swedish professionals come together with government agencies to create this platform and as Swedish Ambassador in China, I welcome such initiative in motion. We should all welcome, encourage and support the multitude platforms and initiatives taken by several levels but with different stakeholders.” 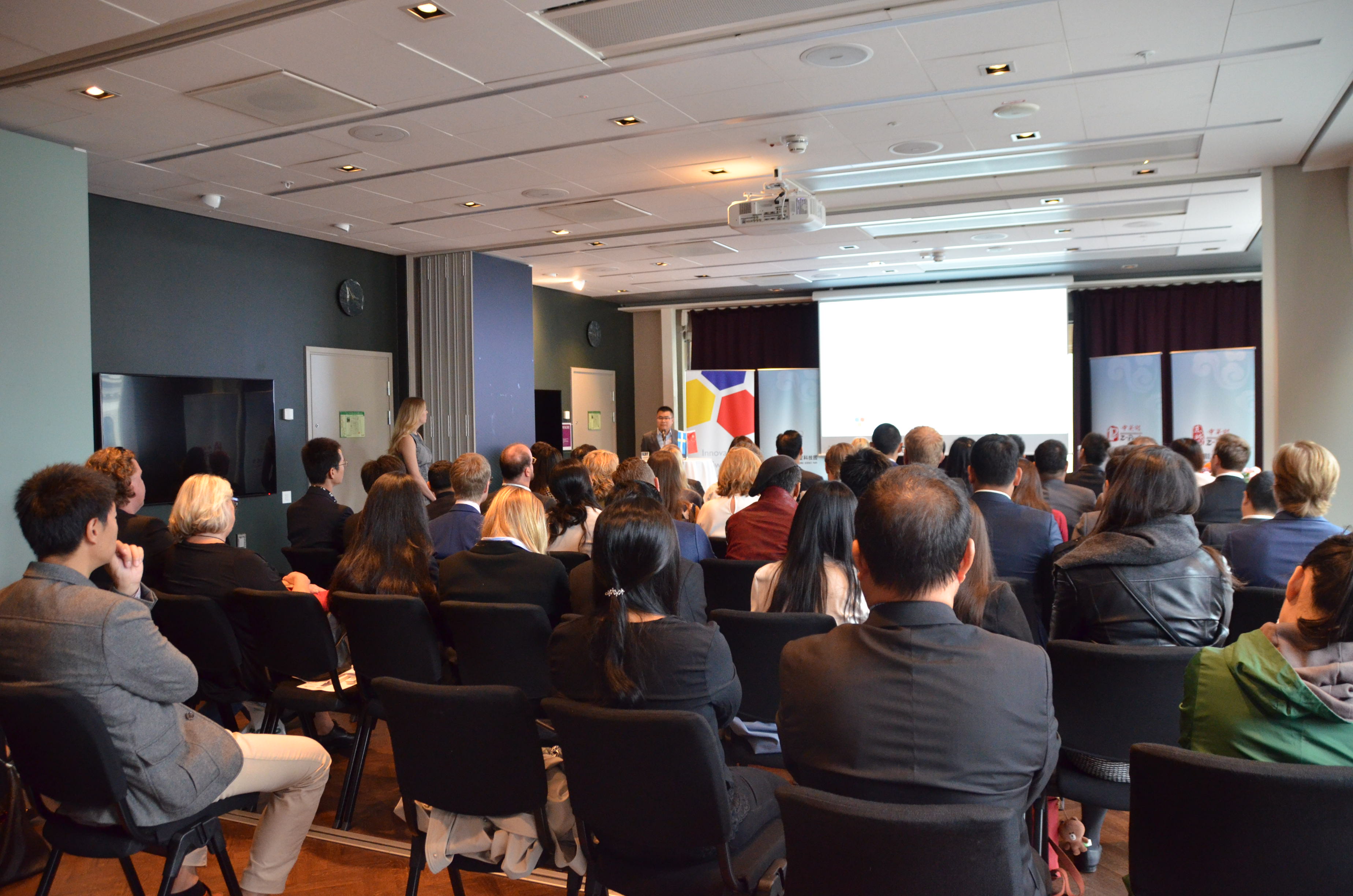 Lindstedt said more accessible and cooperative platforms are needed to fulfil the compatibility that existed between our two countries.  Last year, she also unveiled the plaque in Zhouguancun in Beijing.

Han Xiaodong, Counsellor of Commerce at the Chinese Embassy in Sweden also spoke at the ceremony.

“Innovation is one of the five development concepts in China and the Chinese government is encouraging the young people to do business creatively and driving innovation. And Sweden is very strong in innovation, so I would say we have a lot of common interest to further collaborate.”

Han hopes that the innovation centre will make more efforts to help Swedish companies to go to China and more Chinese companies to Sweden.  Last year, China imported more goods from Sweden than exported to Sweden. 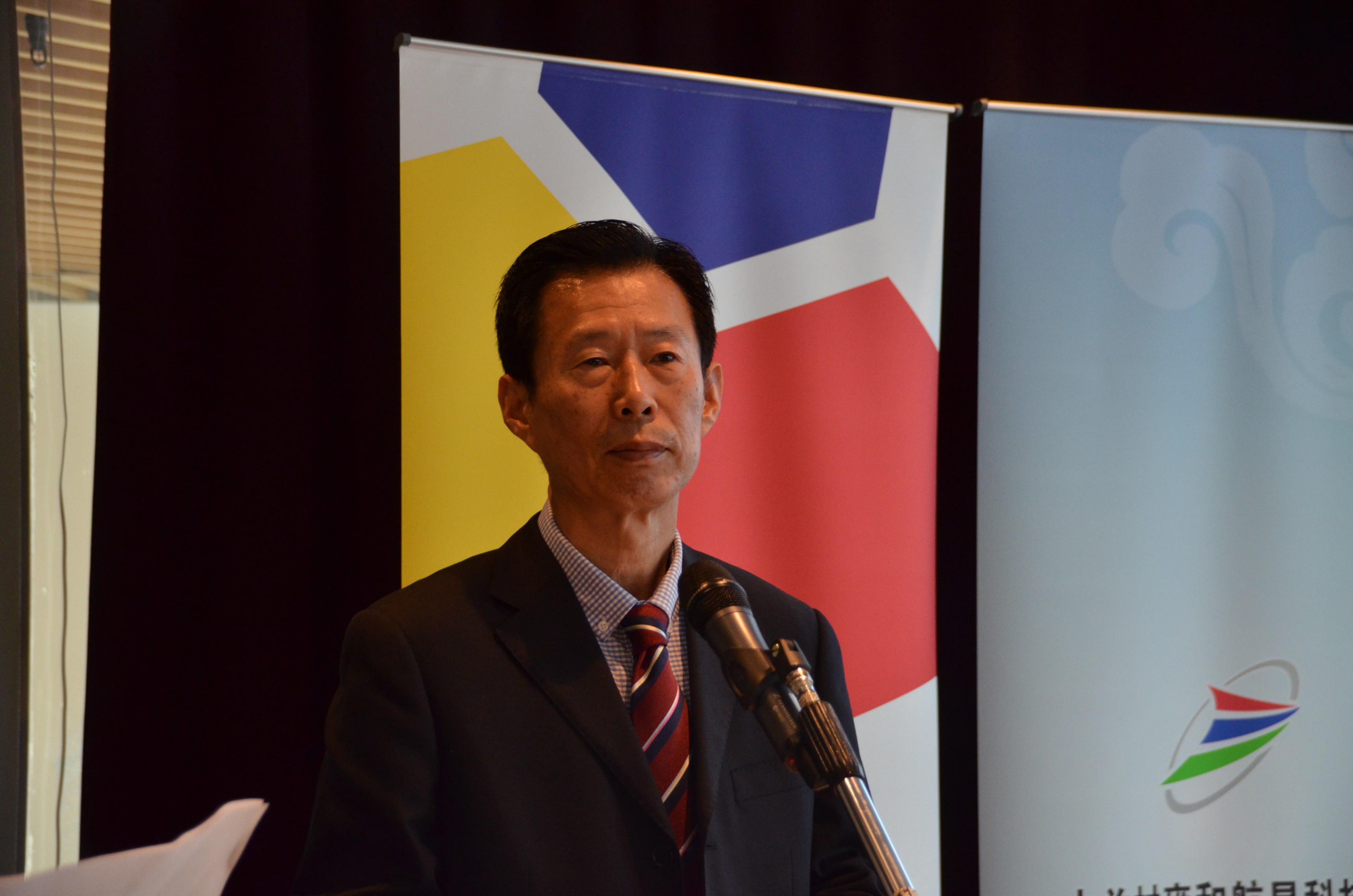 Sun Shaoming said their centre will actively promote bilateral cooperation through an interpreter.

“SSIEC is the first platform built for creating exchange and cooperation in science and the technology, culture, innovation and entrepreneurship between our two countries, the center will provide efficient, convenient and high quality services for the Swedish enterprises in China and will actively promote business cooperation between the two countries.” 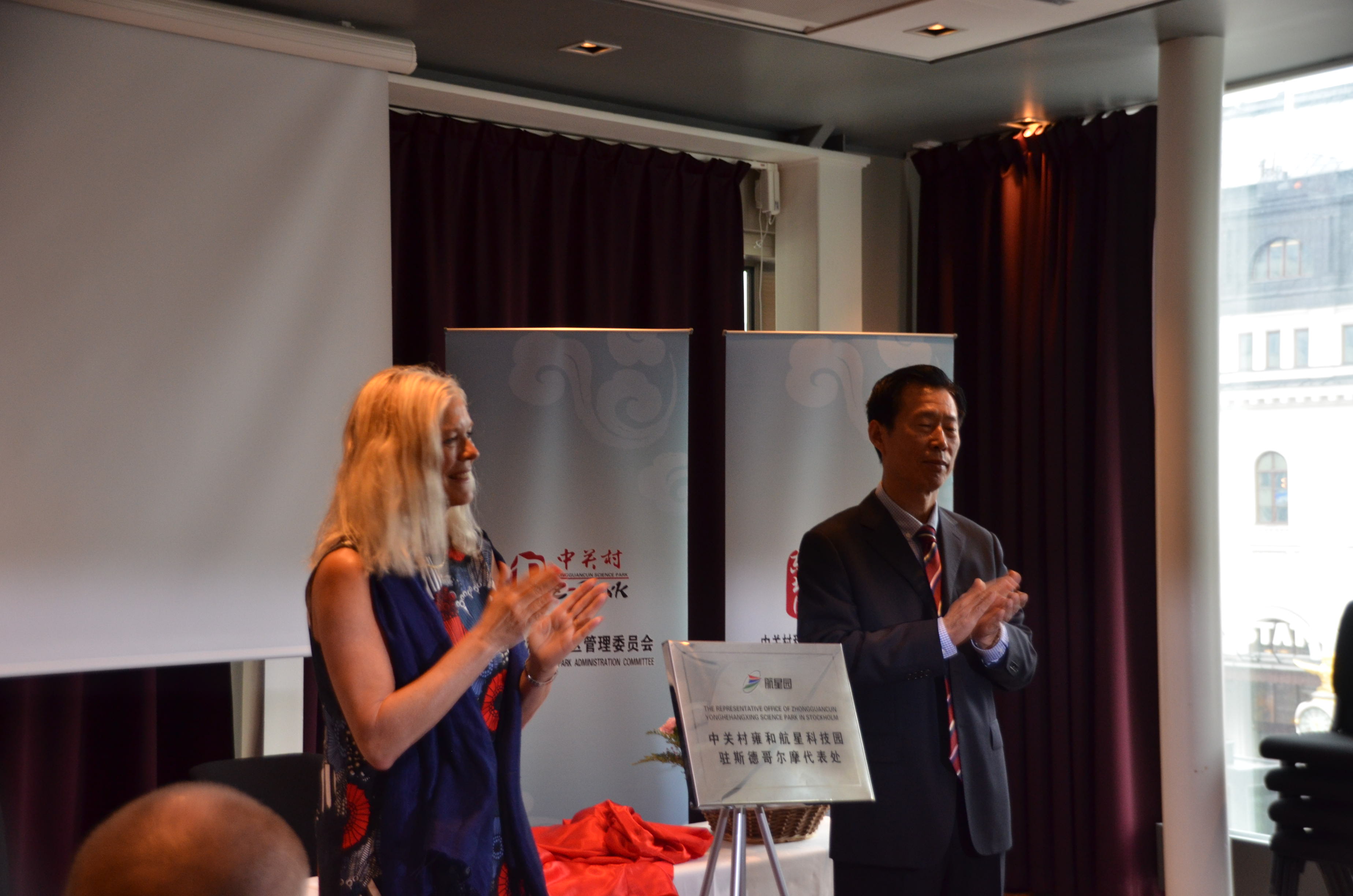 Lindstedt and Sun Shaoming jointly unveiled the plaque for the centre. 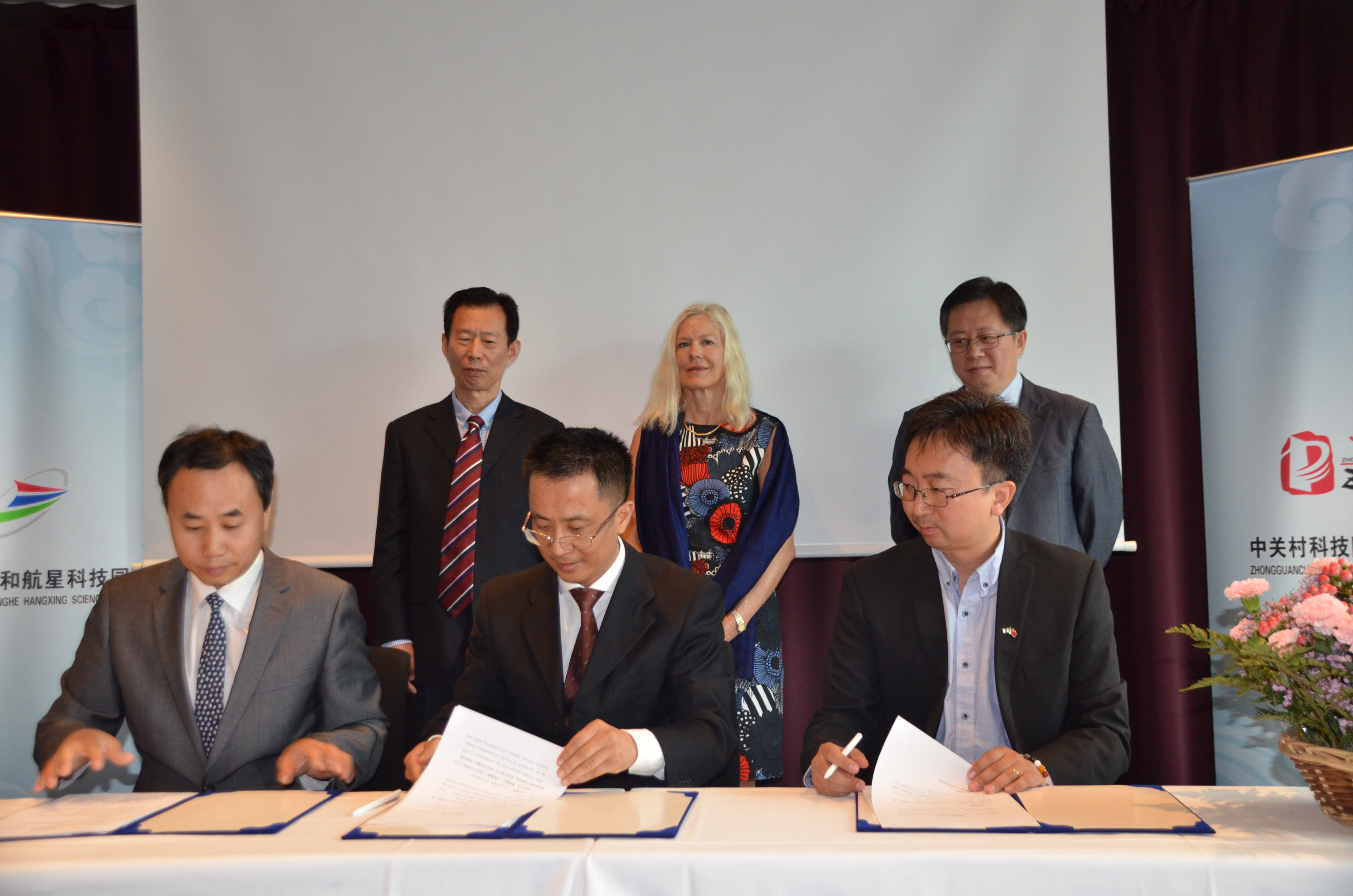 Several companies including China and European Entrepreneur Association signed agreements or MOUs during the conference. 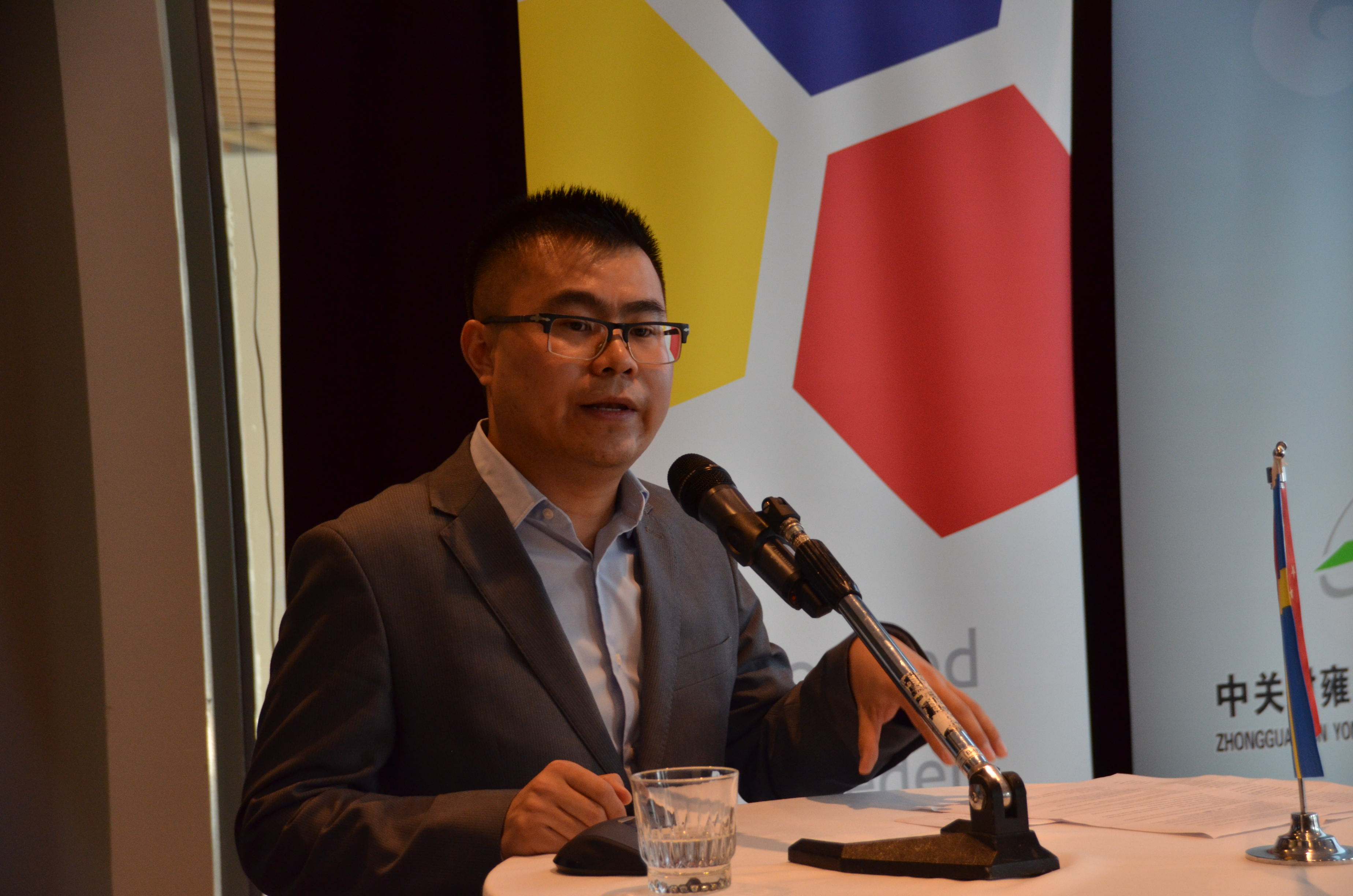 Zhang Ling gave an introduction about the new centre. 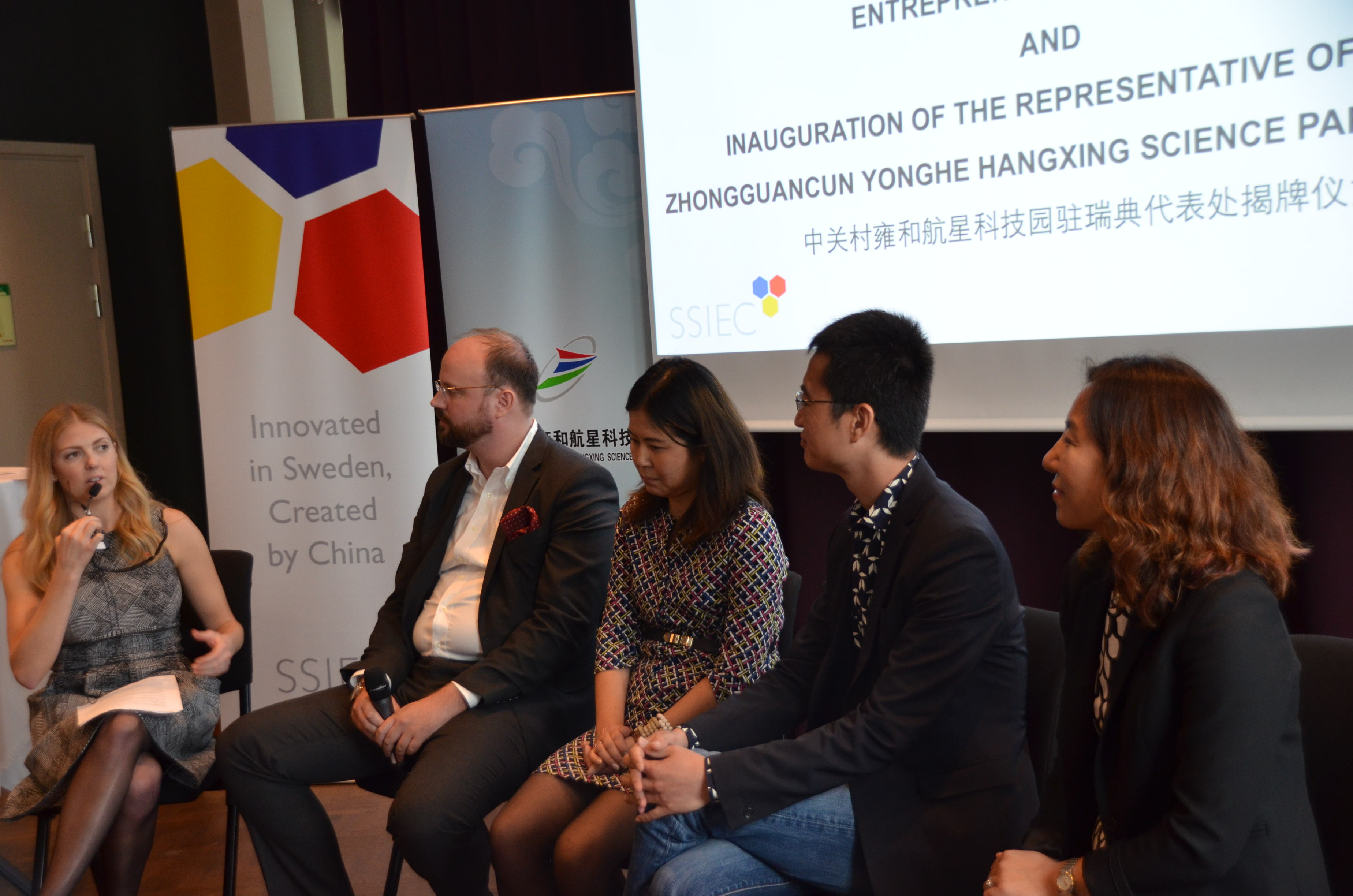 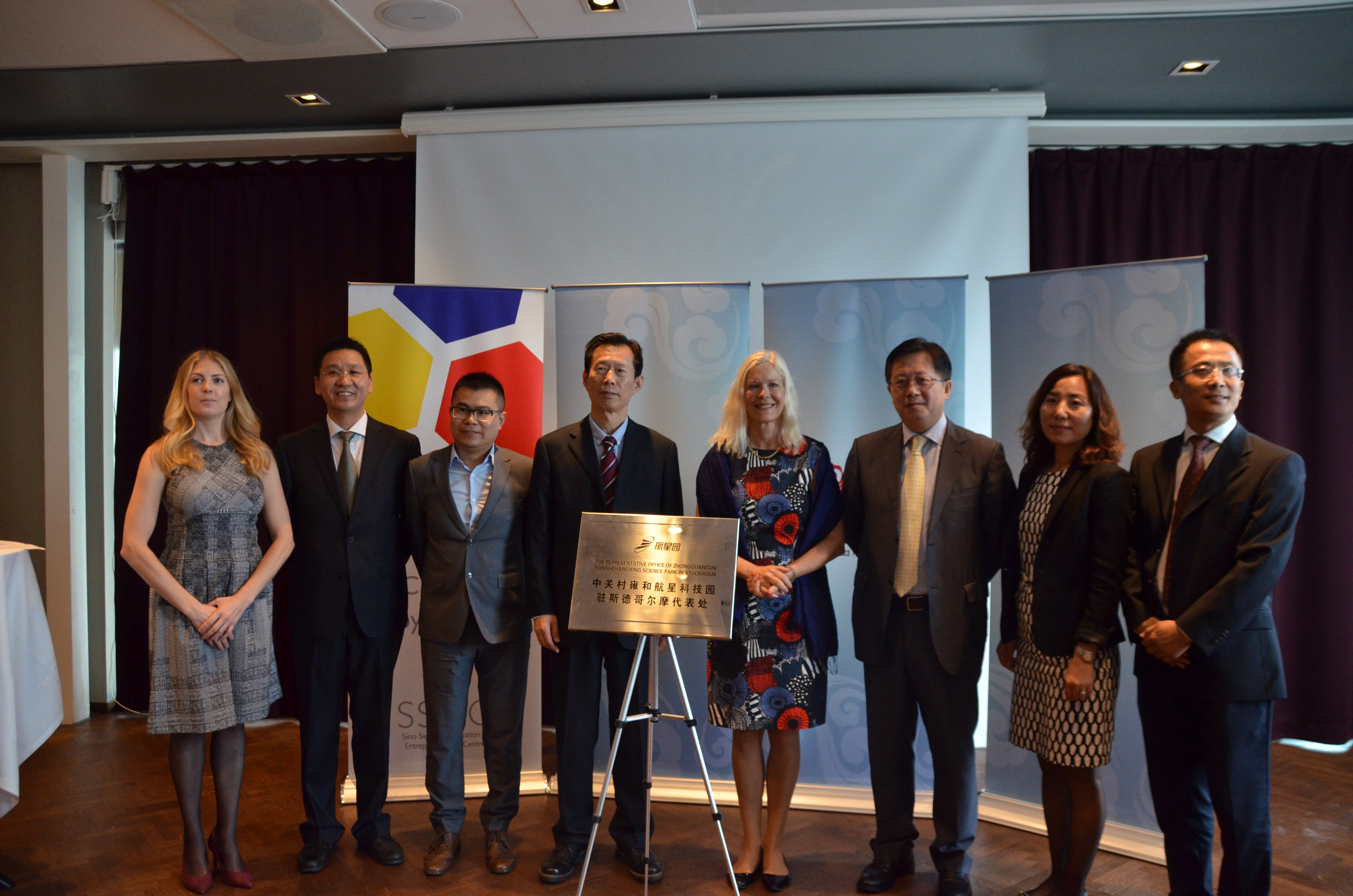 Wang Kaihong(second from right) was appointed to be the first representative of the Zhongguancun Yonghe Hangxing Science Park in Sweden.