BEIJING, Aug. 19 (Greenpost) — Global investors are focusing more on renminbi assets in China, primarily to diversify asset allocation and seek higher returns amid the prospering economy, according to a report by Standard & Poor’s Ratings Services. 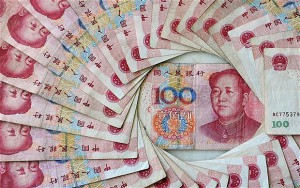 Ongoing improvements in self-governance and information transparency in the securitization market are likely to support the development of China’s capital market, according to “China securitization: linking international investors and renminbi assets”, released Tuesday by the leading rating agency.
“China’s securitization market is small compared with its bond market, but its evolution might indicate answers to some questions regarding China’s capital markets,” said Standard & Poor’s credit analyst Vera Chaplin.
Starting in late 2014, a number of infrastructure enhancements in China’s securitization market had raised issuance efficiency and promoted market self-governance, while narrowing information gaps, Chaplin noted.
For instance, the formal information disclosure requirements in China’s asset-backed securities (ABS) and residential mortgage-backed securities (RMBS) securitization, set out by China’s National Association of Financial Market Institutional Investors in May, enhanced transparency and enabled investors to better understand the performance of transactions.
The result has been an increase in interest from international investors, he said.
Participation of global investors are believed to benefit China’s capital markets. Apart from providing additional capital, a more international scheme will support funding diversity for issuers and promote market infrastructure construction to meet international standards.
“More than 140 billion yuan (21.9 billion U.S. dollars) in securitization transactions was issued under the two major securitization schemes in China in the first six months of 2015,” Chaplin said.
“The transactions reveal a standardized platform for asset collections and how to allocate assets’ economic value, the disclosure of more information so that risks could be analyzed, and the isolation of asset sellers’ credit risk,” Chaplin said.
“As a result, international investors now have an opportunity to reach economic sectors that in the past they could not because of the smaller scale of the issuers or difficulties involved in finding the value of the assets,”  Enditem