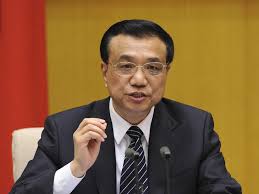 “Each and every country has its own unique strengths, or comparative strengths, in its urbanization process,” Li told business leaders during the annual meeting of the New Champions, also known as the Summer Davos Forum.

The premier added that China is developing underground infrastructure, with latest progress having been made in underground urban utility pipeline networks.

The Summer Davos Forum is being held from Sept. 9-11 in China’s northeastern city of Dalian. Li is expected to give a keynote speech on Thursday. Enditem