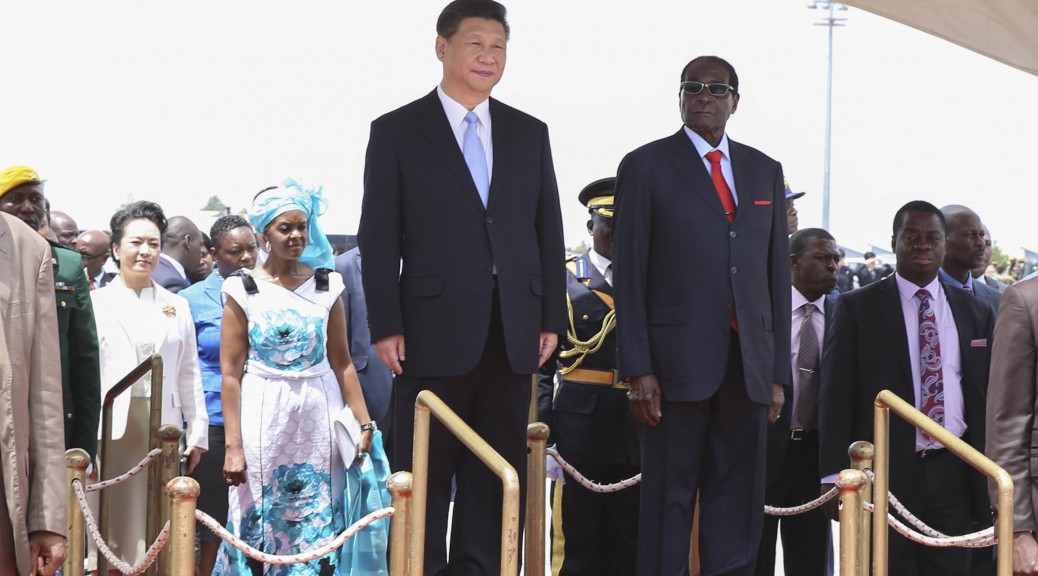 HARARE, Dec. 1 (Greenpost) — China and Zimbabwe agreed Tuesday to translate their time-honored friendship into stronger impetus for bilateral practical cooperation so as to achieve common development and prosperity.

China and Zimbabwe, with their traditional friendship both having a long history and growing ever stronger now, are “real all-weather friends,” said Xi, adding that they should not only be good friends on politics but also be good partners on development. 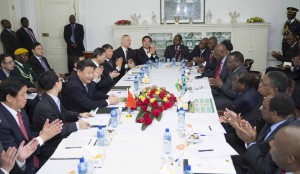 “My visit is aimed at consolidating the China-Zimbabwe traditional friendship, deepening practical cooperation and lifting bilateral relations to a higher level, so as to bring more benefits to our two peoples,” said the Chinese president.
Reaffirming Beijing’s commitment to the principles of sincerity, real results, affinity and good faith as well as a right balance between upholding principles and pursuing shared benefits in its Africa policy, Xi said China will continue its joint efforts with Zimbabwe to turn the two countries into good partners, good friends and good brothers that treat each other as equals, support each other and pursue win-win cooperation and common development. 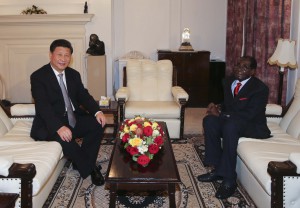 China will, as always, support Zimbabwe in safeguarding its interests in sovereignty, security and development, and playing a bigger role in international and regional affairs, he added.
The Chinese president suggested that the two sides maintain high-level contact, strengthen inter-party, parliamentary and sub-national exchanges, and promote their cooperation in various fields in an all-round way.
China stands ready to shift bilateral economic and trade cooperation towards manufacturing, investment and management and encourages more Chinese enterprises to invest in Zimbabwe, he added.

They also need to boost people-to-people exchanges in such areas as education, culture, health, tourism, youth and media, so as to gain more public support for the China-Zimbabwe friendship, Xi added.
He also reiterated Beijing’s readiness to strengthen coordination and collaboration with Harare on the 2030 Agenda for Sustainable Development and other major issues as well as in international institutions, so as to safeguard the legitimate rights of developing countries and advance the democratization of international relations.

Noting that he and African leaders will gather in Johannesburg for a summit of the Forum on China-Africa Cooperation (FOCAC), Xi said he looks forward to working with African friends to strategize the development of China-African ties, open up new prospects for China-Africa friendship and cooperation, and set a new milestone in the history of China-Africa interaction.
Mugabe, for his part, extended a warm welcome to the Chinese president, and expressed deep appreciation for China’s sincerity in dealing with Zimbabwe and other African countries as well as profound gratitude for China’s long-running valuable support for his country in various fields. 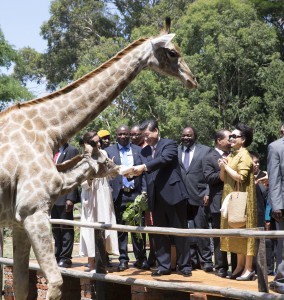 Calling China an “all-weather” friend of Zimbabwe, Mugabe said his country hopes to learn from China’s experience in socioeconomic development, receive more assistance from China and expand bilateral cooperation in such fields as agriculture, industry and infrastructure.
After their talks, the two presidents witnessed the signing of a bilateral economic and technological cooperation agreement and a series of other deals covering such fields as infrastructure construction, production capacity, investment and financing, as well as wild life protection.
Xi flew to Harare from Paris, where he delivered a speech at the opening ceremony of a highly anticipated UN climate change conference. His ongoing three-nation trip will also take him to South Africa for a state visit and the Johannesburg summit of FOCAC.  Enditem