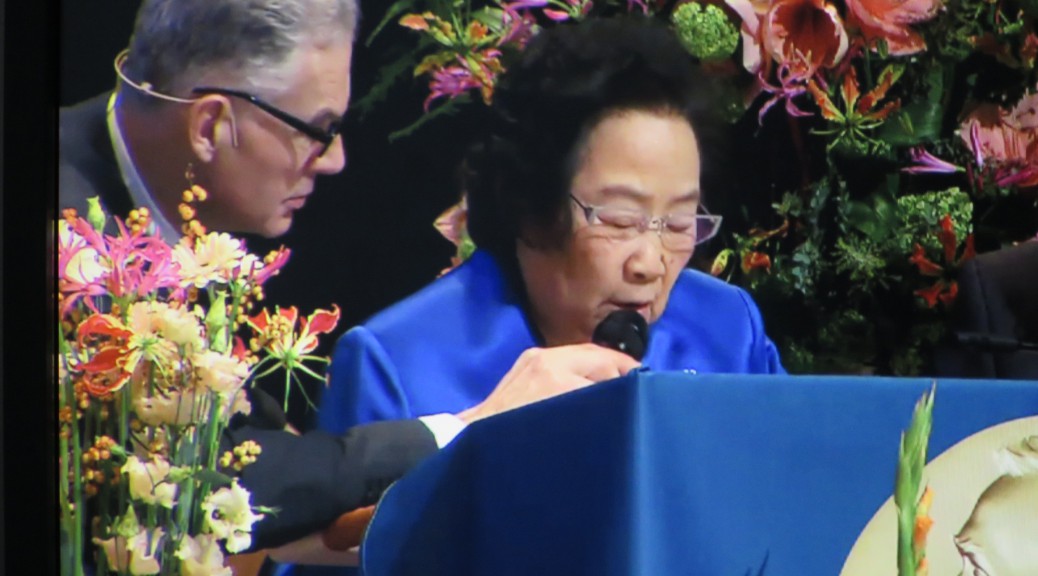 STOCKHOLM, Dec. 7 (Xinhua) — Artemisinin, the most effective drug that combat malaria today is “a gift from Traditional Chinese Medicine (TCM) to the world”, said Tu Youyou, in her presentation at Nobel Lectures in Physiology or Medicine in Stockholm on Monday. 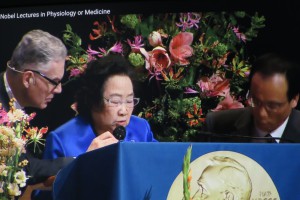 In the half-hour-long lecture at Karolinska Institutet in central Stockholm with full participation of a thousand audience, Tu detailed a vivid story in the 1970s of how a group of Chinese researchers despite various challenges successfully developed a cure to treat malaria.

Tu won 2015 Nobel Prize in Physiology or Medicine for her discoveries concerning a novel therapy against Malaria, artemisinin.

Drawn from valuable research experiences in developing artemisinin, Tu believes “Chinese medicine and pharmacology are a great treasure-house”, which “should be explored and raised to a higher level.”

“Since ‘tasting hundred herbs by Shen Nong’, China has accumulated substantial experience in clinical practice, integrated and summarized medical application of most nature resource over the last thousands of years through Chinese medicine,” Tu said.

“Adopting, exploring, developing and advancing these practices would allow us to discover more novel medicines beneficial to the world healthcare,” Tu stressed.

“The sun along the mountain bows; The Yellow River seawards flows; You will enjoy a grander sight; By climbing to a greater height!” Tu quoted a poem from China’s Tang Dynasty in her speech.

“Let’s reach to a greater height to appreciate Chinese culture and find the beauty and treasure in the territory of traditional Chinese medicine!” She said. 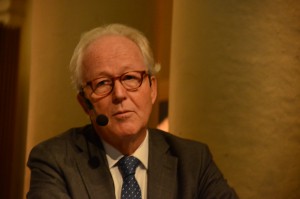 “I enjoyed it very much, it’s fascinating story when she recalled how she went back to TCM and found this method that’s so very important for mankind,” Lars Heikensten of the Nobel Foundation told Xinhua, “it’s truly enjoyable moment.”

Despite Tu presented in Chinese and had her English version in PPT on background screen, Jan Lindsten, emeritus professor and former Secretary-General of Nobel Committee for Physiology or Medicine, understood and enjoyed very well.

“She made a very mature comparison between modern pharmacology and Traditional Chinese Medicine (TCM), which I think is extremely important and well worth to pursue in future to find treasure from TCM in developing new drugs,” Lindsten told Xinhua.

“I am quite sure we will have future medicine comes from nature!” Birgitta Rigler, head of the Rehabilitation Clinic in Dandryd’s Hospital in Stockholm, told Xinhua.

“Chemical industry may be faster in developing new drugs, but perhaps nature-based things are more durable,” she said. Enditem