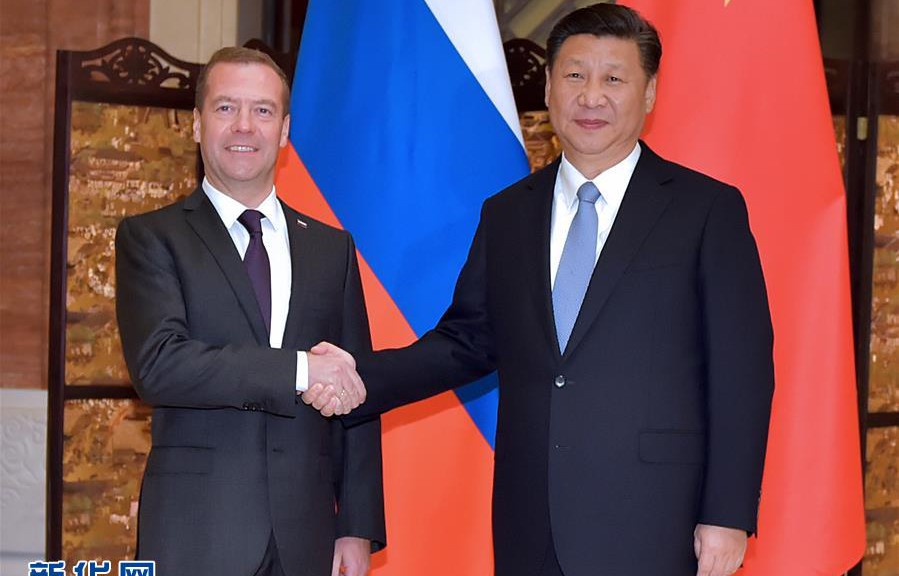 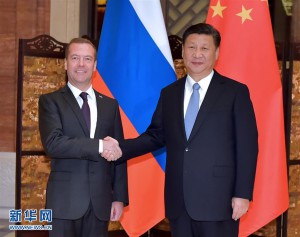 Xi made the remarks during a meeting with Russian Prime Minister Dmitry Medvedev in Wuzhen in east China’s Zhejiang Province.

Hailing achievements of bilateral cooperation in 2015, Xi said that he and Russian President Vladimir Putin had agreed to adhere to the policies on deepening China-Russia comprehensive strategic partnership of coordination, no matter how global and regional situation change.

China and Russia are also committed to efforts to promote their common development as well as to safeguard international justice and world peace and stability, according to Xi.

Both countries are facing a key period of economic mode transformation and structural adjustment, Xi said, calling on the sides to work together on the alignment between China’s Silk Road Economic Belt construction and Russia-led Eurasian Economic Union (EEU). 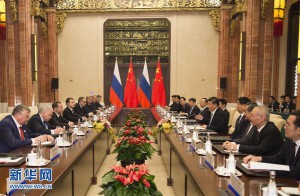 Medvedev said the Russian side is pleased with the high-level development of Russia-China ties, and is happy to see the constant growth of bilateral economic, cultural cooperation.

Russia is dedicated to the strategic docking of the EEU and the Silk Road Economic Belt initiative, he said, vowing to deepen cooperation with China in infrastructure, energy, finance, investment, information networks and other fields.

Russia is also willing to enhance communication and coordination with China on international affairs, strengthen cooperation with China under the frameworks of Shanghai Cooperation Organization (SCO) and Asian Infrastructure Investment Bank (AIIB), said the prime minister.

Xi and Medvedev are in Wuzhen to attend the second World Internet Conference, a multilateral event which begins on Wednesday. Xi will deliver a keynote speech at the opening ceremony.