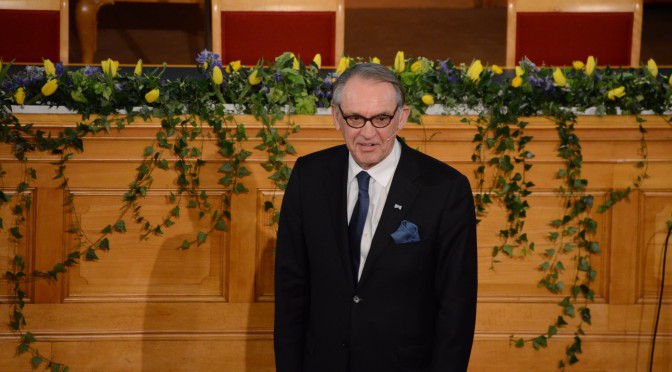 Stockholm, Jan. (Greenpost)– 2015 Stockholm Peace Talk was held in the parliament in January.  UN special envoy Jan Eliasson attended the talk and made a speech. 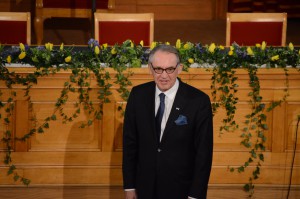 Eliasson talked about his experience in peace mediation in Sudan. 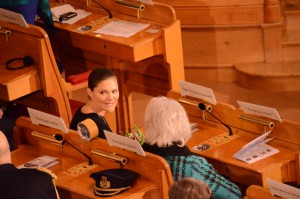 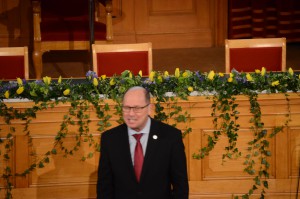 Parliament Speaker Urban Alin talked about peace during the talk. 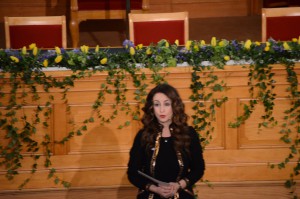 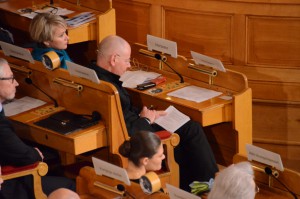 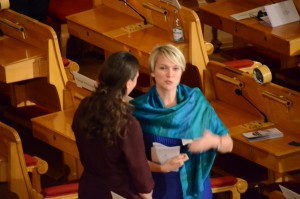 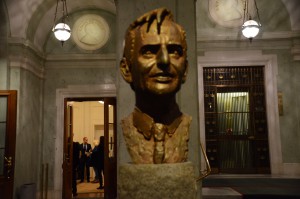 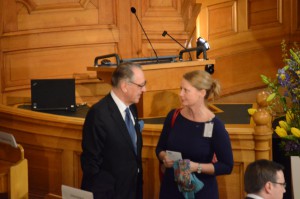 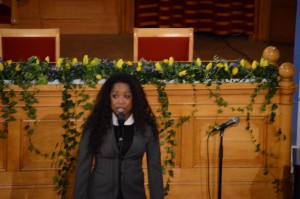 Beautiful voice as a melody during the talk. 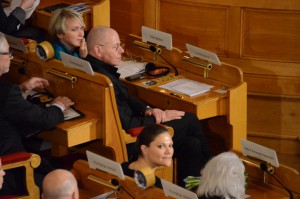 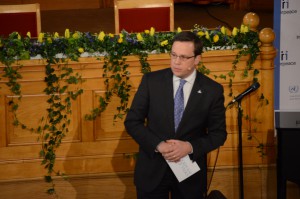 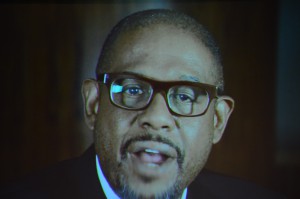 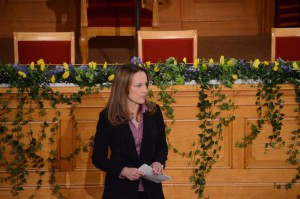 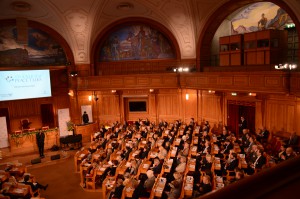 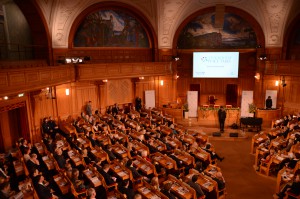 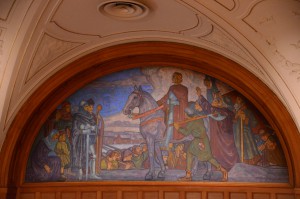 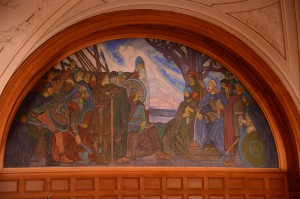 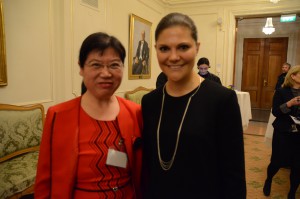 Victoria said it would be unfair if she didn’t take a photo with me since she just had one with another journalist. She also said Ni Hao to me in very standard Chinese. Before she got married, she had been in China for a training for a month. Then she wrote 30 letters to her boyfriend, whom later she got married with. It was at their grand wedding ceremony, Prince Westling revealed this.  Here I realized how tall she is and how elegant she is. She is very beautiful and nice. I felt very privileged and so excited that I couldn’t help laughing. 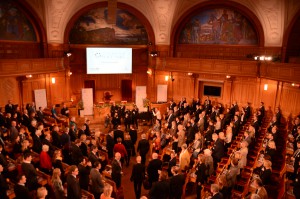 When Victoria came, the public politely stood up to welcome her.