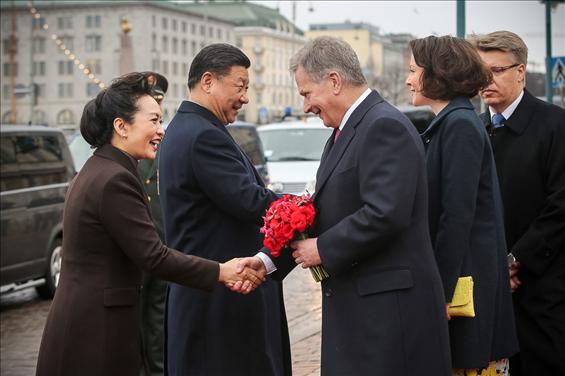 President of the Republic Sauli Niinistö and his spouse, Mrs Jenni Haukio, are hosting the visit. President Niinistö and Mrs Haukio will welcome their guests at an official ceremony in the Presidential Palace on Wednesday 5 April 2017. 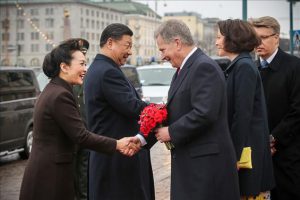 The agenda for the state visit includes talks between the presidents and discussions between the delegations. Themes of the discussions will include political and economic relations between Finland and China and topical international affairs. A high-level delegation accompanies President Xi to Finland.

During his visit, President Xi will also meet with Speaker of the Finnish Parliament Maria Lohela and Prime Minister Juha Sipilä.

President of the Republic Sauli Niinistö made an official visit to China in April 2013, during which he met with President Xi on Hainan Island. President Niinistö and President Xi last met bilaterally in The Hague, Netherlands, in March 2014. They also met in 2010, when Mr Xi visited Finland as Vice President of China and Mr Niinistö was the Speaker of the Finnish Parliament.

The first and only presidential visit made so far from China to Finland occurred in 1995, when President Jiang Zemin made a state visit to Finland.