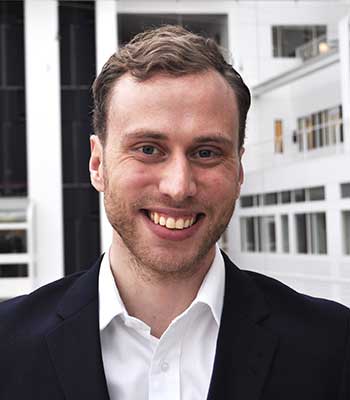 STOCKHOLM, June 10(Greenpost)–A recent report proves that regionalisation is on the rise and has brought about a new automation and robotics offensive. Klas Ericson at Business Sweden maps the progress.

Out of 600 international companies, nearly half have expanded their manufacturing in Sweden in the past three years. A majority of these investments have gone into automation and robotics as a way of bringing operations closer to European markets.

The findings were made in a recent survey on current trends in the manufacturing industry commissioned by Business Sweden, the Swedish Trade and Invest Council. The results also show that a third of all investments have been made in direct competition with low-cost countries.

“We are witnessing a global pattern of regionalisation, or re-shoring, as it is sometimes called. Companies are increasingly locating manufacturing operations closer to home in order to enhance deliveries to European markets. This also brings opportunities to streamline and automate certain aspects of production”, says Klas Ericson, Senior Investment Manager, Manufacturing, Business Sweden.

The survey is a main feature of the report “Why we manufacture in Sweden”, or “Därför tillverkar vi i Sverige” in the original title, which was recently published. It focuses on companies that have at least 20 employees and at least one division in a foreign country. Notable participants included Atlas Copco, ABB, Husqvarna and AstraZeneca.

According to Ericson, who is also one of the co-authors of the report, a positive future lies in store for Swedish industry. Nonetheless, he calls for a range of strategic improvements.

“The fact that a growing number of manufacturers are investing in automation and optimisation right now has to do with the widespread adoption of technology in Sweden. This is partly due to the historically high cost of labour but is also a result of a long tradition of available IT expertise. Consequently, taking the next step in production automation has proven to be easier than in other countries,“ Ericson explains.

“That said, many companies are stressing the need for more automation and greater efficiency in order for them to stay competitive.”

What are the advantages of developing automation locally compared with outsourced manufacturing in low-cost countries?

“Among the largest benefits is that companies have greater control of the production process. They can make continuous improvements and adapt more quickly to customer requirements. Acquired expertise is also kept within the organisation. A third plus point is that the flow of goods is reduced which enables major cost savings on storage and transport.”

What can be done to ensure that more companies expand their manufacturing in Sweden using automation and robotics?

“A large challenge for increasing the use of automation and robotics in the future is fixing the skills gap. Manufacturers in Sweden are sending a clear message that they’re having difficulties finding people with suitable skills. As technologies become more advanced, the educational system has to pay closer attention and renew itself in order to match demand. Deeper integration between manufacturers and the educational system is one way to go, and there are others too.”

“Several successful initiatives are now supporting developments in robotics and automation. One of these is THINGS in Stockholm which brings together international manufacturing companies and academia and stimulates an exchange of expertise and know-how. In addition, it is important to work actively with international companies that already have operations in Sweden, with the aim of encouraging them to expand.”

What impact does digitalisation have on the investment climate and how is it affecting the image of Sweden’s industry?

“Digitalisation will benefit Sweden’s competitiveness in manufacturing. But other countries have shown to have a faster pace of development as well as national strategies supporting the process. Sweden has everything to gain by politically engaging with manufacturers and increasing their possibilities to adopt new application areas within the Industrial Internet. There is also a need for increased R&D funding within production systems, digitalisation and processing technologies.”

Ericson maintains that the image of Sweden as a successful manufacturing country must be conveyed in a stronger way.

“Many citizens in Sweden are under the impression that the national manufacturing industry is fading, which is not true,” he says.

“Not only does increased connectivity broaden the horizon for what industry can entail in the future, digitalisation and automation have also brought about exciting possibilities for attracting skilled, young generations to the industry workplace.”

Klas Ericson is Senior Investment Advisor, Manufacturing within the investment group at Business Sweden, which is co-owned by the Swedish government and private entities. The organisation’s official assignment is to promote Swedish exports and to stimulate companies abroad to locate and expand their business operations in Sweden.