Beijing, March 18(Greenpost)– Li Keqiang will continue to be Chinese premier.  He was nominated by President Xi Jinping according to the Chinese constitution and voted to be premier and Xi Jinping signed his order in front of the NPC deputies too.

This procedure was conducted during the plenary session of the NPC on Sunday morning. 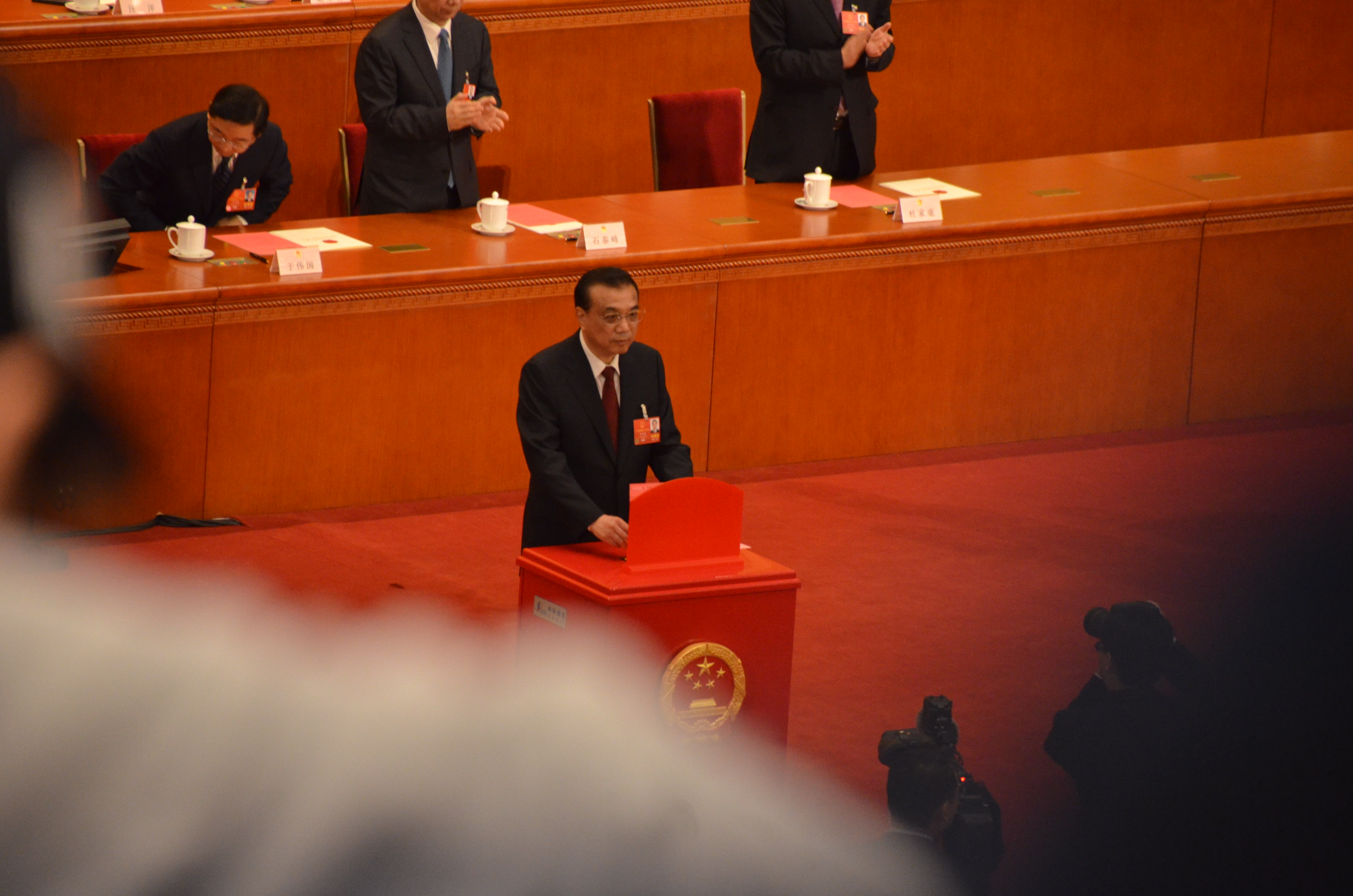 The NPC also elected Zhou Qiang as the Supreme Court President and Zhang Jun, President of the Supreme Procuratorate , as well as the members of the Standing Committee of the National People’s Congress.