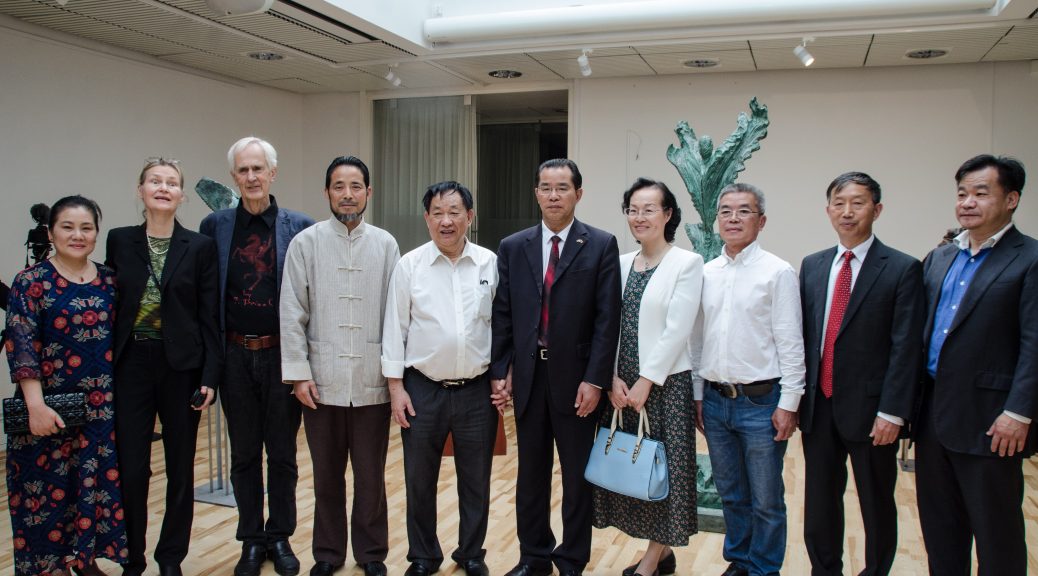 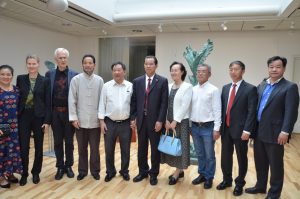 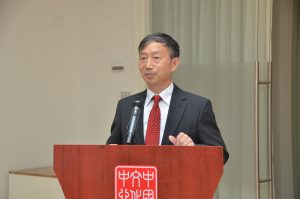 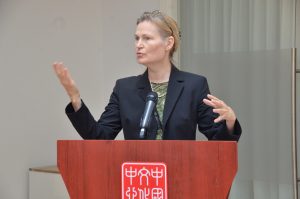 Ylva explained that the theme of this exhibition is meeting because it is the meeting between Swedish and Chinese arts. 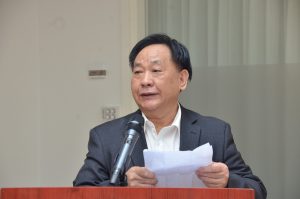 He said Qingtian Stone Sculpture was the cause for Qingtian people to go abroad and live and work all over the world, especially in European countries. It can serve as a good link between China and Sweden.  He wishes the exhibition a great success. 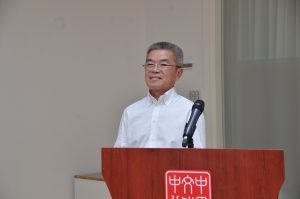 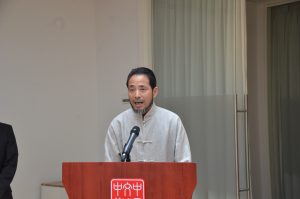 Wang Jinchuan master of Yixing Clay Teapot art thanked the organizers for the meeting and exhibition. 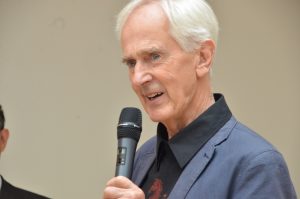 Richard said he is very glad to see that Chinese arts and Swedish Arts can meet here.  Although they are very different, they can stay together harmoniously.

Richard’s works have been exhibited in China’s Chang’an Dramaten. 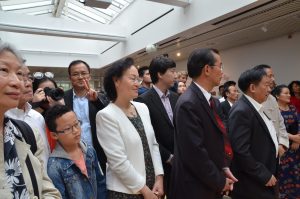 A total of 200 people attended the opening of the exhibition. The exhibition will last till July 11. 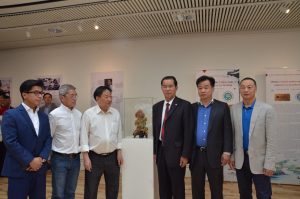 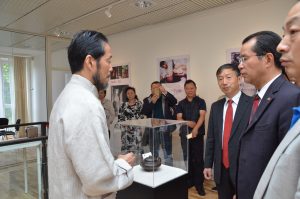 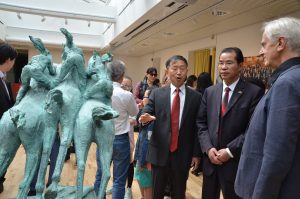 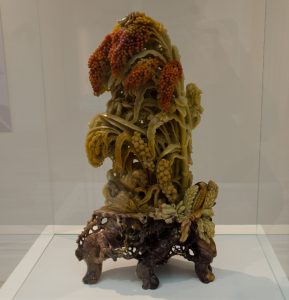 Qingtian Stone Sculpture was also exhibited in Millersgården in 2013 for a month. 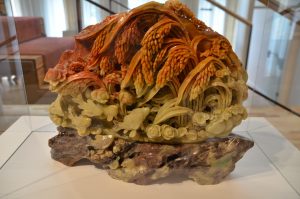 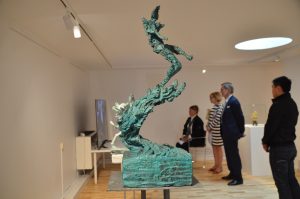 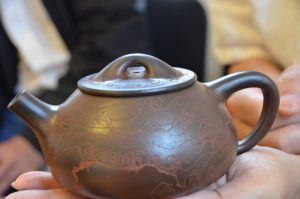