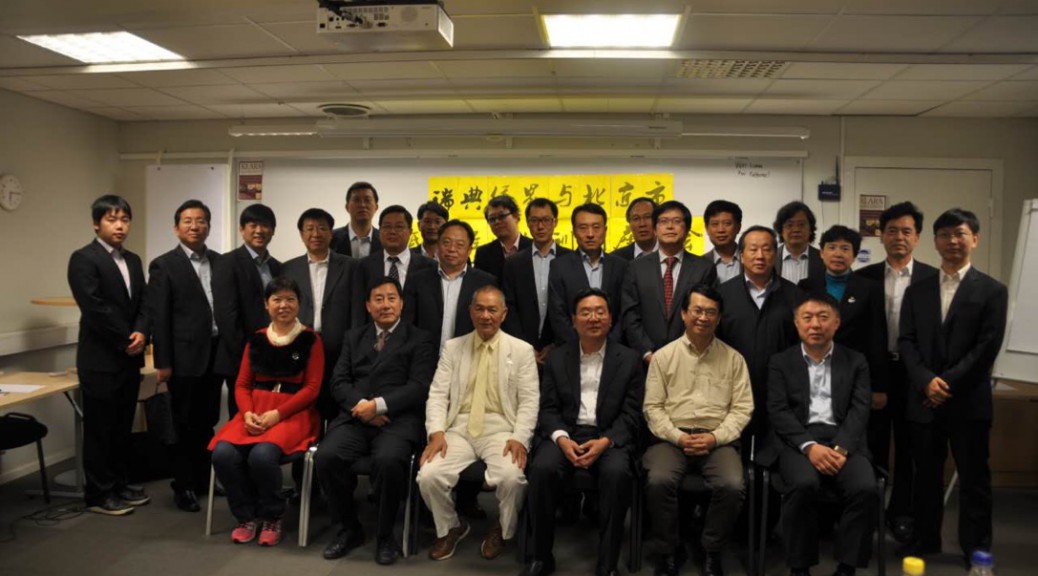 Stockholm, Sept. 3(Greenpost)– Beijing low carbon delegation has been trained for two weeks in Sweden thanks to the arrangement of Beijing CPC’s organization department and Swedish Environment Institute with the coordination of the Swedish Embassy Beijing.

As the last part of the training journey, the delegation held a seminar with the Chinese community in Sweden.

“Today is a special day due to Beijing’s historical Parade in Tiananmen Square. On behalf of the Riksförbundet, I warmly welcome the delegation,” Wu said.

Tang Bing made an introduction about Chinese in Sweden, history, formation of various organizations and their activities such as the China Festival in 2013 and the Pingpong competition in 2014 with the participation of Swedish player and judge Waldner or Lao Wa.

Chang Wei, head of the 25 member delegation said   delegation consists of officials from the government, business sector people and the professors, lawyers and other professionals.

They have had courses in Swedish Environment Institute in Swedish low carbon and energy efficiency, waste and waste water treatment, sustainable traffic and transportation and environmental protection policies and measures.

They have also visited waste water treatment plant, Royal Seaport and Hammarbysjöstad in Stockholm. They travelled to Malmö to study the policy and best practices there too.  They visited sustainable companies.

With a holistic method of having both policies and practices, the arrangement was very good, commented Chang.

Meeting with the Chinese community was the last part of their study visits.

Miyun Mayor Wang Haichen said this was his first visit to Sweden and he felt he had learnt a lot in sustainable development.

Zheng Shuanhu said he had been to Sweden before and he himself was dealing with energy saving and environmental protection practices in Beijing. Sweden has a lot of good practices which can be learnt.