Upplands Väsby, Sept. 4(Greenpost) — An interesting China Day was held in Sandberg’s School in Upplands Väsby in Sweden on Aug. 28.

The weather is so fine that students have begun the program outside in the playground with the Lion Dance. 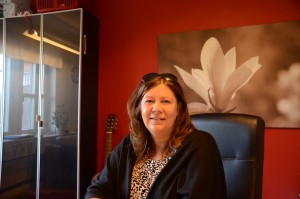 Headmaster Eva Svensson said her school was a private school, but with a lot of efforts and investment in building relations with China. They have become sister school with Wenlan School in Hangzhou in Zhejiang province since four years ago.

“The purpose of holding this China Day is to let pupils learn Chinese language and culture through interesting activities with Chinese elements,”  said Svensson.

According to Svensson, there are about 300 students and 35 teachers with nine grades and 11 classes. 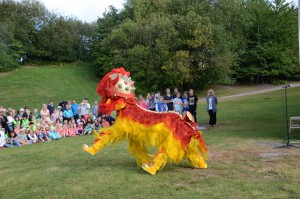 The students  are impress by the lion dance and even tried to learn kongfu excercise from the coach actor and actresses.

Then they moved inside the classroom. Some students   wrote characters, cut it and then made a Chinese dragon. Some students made kites and some made Jianzi. 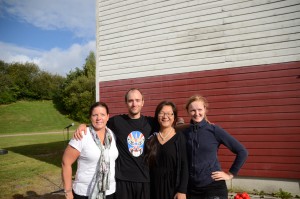 Chinese teacher Sun Kai said she was impressed by her Swedish students because they like to study Chinese and if you give them an idea, they can really make a product for you. 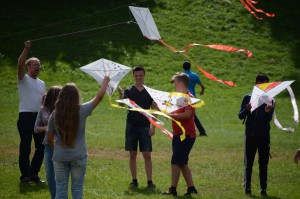 The last program was to fly all the kites they made themselves.

Many pupils said it was a very lovely day and very interesting.