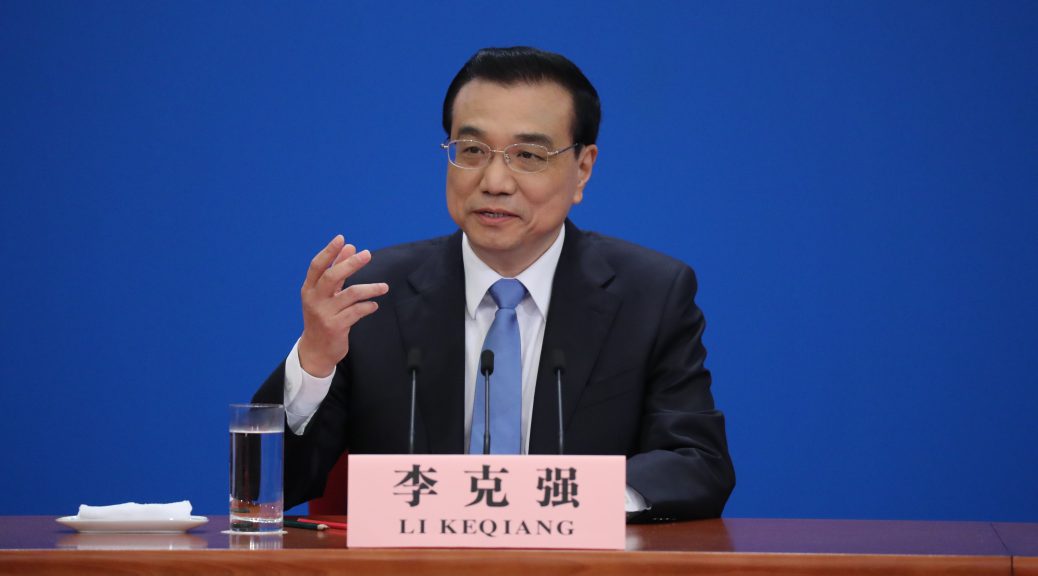 STOCKHOLM, March. 15 (Greenpost)– As usual, Chinese Premier gave a two hour press conference briefing journalists from all over China and all over the world about China’s overall action plan and China’s view on many questions journalists are interested in through 19 questions. 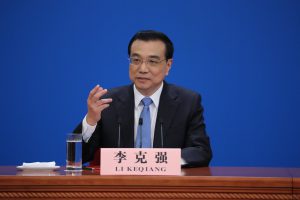 Premier was very frank and direct in answering various questions.

About China-US relations asked by CNN, he said he is still optimistic about relations between China and the United States. He said despite twists and turns between the two countries over the past years, Sino-US relations are still going forward.

He said one fundamental political foundation for Sino-US relations is one China policy. With this as a foundation,  China and US can further negotiate about economic and trade issues.

About Trump’s remarks of China stealing US jobs and currency exchange rate, Li Keqiang said as far as he knew, about more than 90 percent of the enterprise profit in China has been taken by the US and China only gained 2-3 percent.  Just last year, China has provided one million jobs to the US. Maybe the statistics from the two sides are different because they used different methods to calculate. But both Americans and Chinese are wise people and they should use their wisdom to talk about the dispute between them.  No matter what happened, the two sides should use their wisdom to expand their common interest. 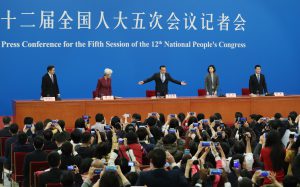 He also answered questions relating to laidoff workers due to reduction of production capacity and closing down factories,  providing more jobs, innovation and establishment of businesses, currency exchange rate, finance, Sino-Russian relations, Asian Pacific regions’ order, relations across the Taiwan Straits,  tense situation in the Korean Peninsula,  China’s Property law on 70 years ownership and so on. In total, 19 journalists from China and abroad asked questions and Premier Li answered including one from France. 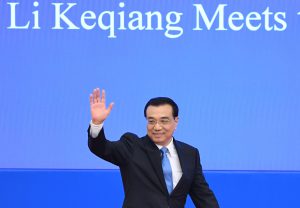 It is interesting to see that how Chinese government has changed and treated media with interesting sequences.  The first question was asked by CNN on Sino-US relations.

It is an open secret that all the questions are almost set  and the CNN was picked up first to ask questions. That is an important signal that China pays great attention to questions relating to Sino-US relations while the European journalist was given a chance in the end.

Caixin, a new media was given a chance much earlier than the Xinhua journalist. It looks very much a random choice, but it covers all the areas journalists are interested in and what the Chinese government likes to say. 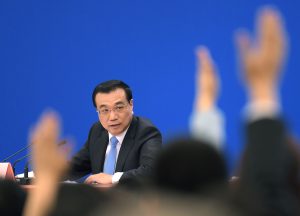 Of course, Premier Li is very open and frank with journalists and answered all the questions including the sensitive Taiwan and Korean issues.

About relations across the Taiwan Streets, Li said Chinese government’s attitude towards Taiwan has been consistent and will issue more policies to improve better communication between the two sides. Last year alone, about  five million tourists from the mainland to visit Taiwan Island. 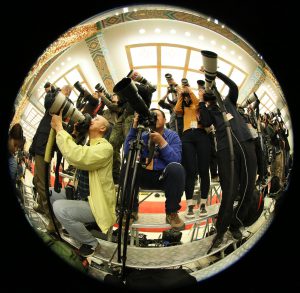 On the Korean Peninsula issue, Premier Li said China’s principle is that there should be no nuclear proliferation in the peninsula. China is implementing the UN resolution on Korean issue.

“China hopes that all sides should relax now and sit down around the table to talk about it and solve the problem through negotiation.  With the tense situation, it is easy to resort to arms, but it will be harmful for both sides.” said Li. 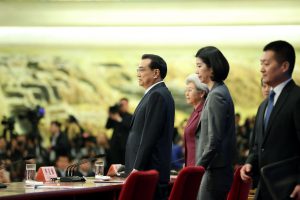 Li has stressed that in many occasions that those extremely poor families without any one earning an income should get supported by the local government and the society. 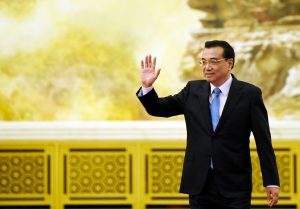 About questions of the property rights, he said after 70 years of owership, Chinese people still have the right to own their apartments or houses and enjoy the right to sell them.  Relevant departments are drawing new laws to guarantee this.

In 2003, when Premier Wen Jiabao was in power, journalists ask the same questions and he said if we say it doesn’t change for 50 years, it will not change forever.  He refers to the contract of mountains and fields peasants own.  Now the questions relate to ownership of properties in cities because China has built so many houses and buildings over the past 17 years or about 20 years.

In the end, Li also answered a question about air pollution. He called on the people to help and make joint efforts to solve this problem.

“We are in developing period, we have the development pressure, but we have made several action plans and we shall do our best to make the sky blue so that the blue sky should not become a luxury.” Li answered this question to a New Beijing Newspaper reporter.