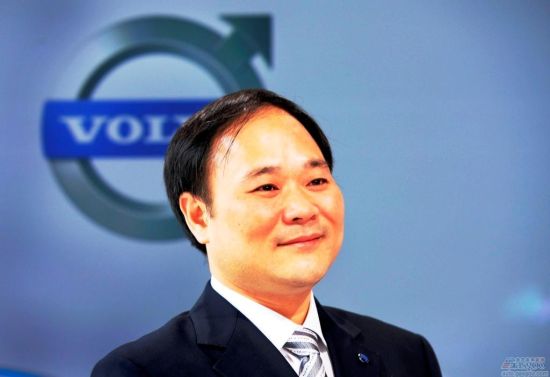 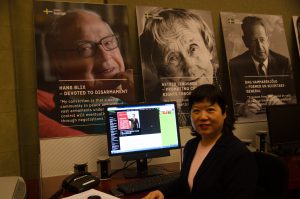 STOCKHOLM, March 16 (Greenpost) – Seven years have passed after Chinese private car group Geely purchased Volvo in 2010 with the witness of Chinese President(then vice president) Xi Jinping in March 28, 2010.  What has happened after that? Especially under the circumstances that there were a lot of questions and suspicion among the Swedish Media and small enterprises which supply spare parts for Volvo Cars. Greenpost chief editor Xuefei Chen Axelsson has a followup about this purchase case.

The most successful international purchase case in the world 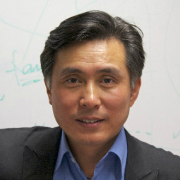 Professor Fang Xiaohui from Business School of Stockholm University told Greenpost that  this is one of and probably the most successful international purchase case in the world looking at the achievements Volvo Cars has made and the experience of management.

“It shows the great Chinese wisdom embodied in Li Shufu, President of Geely Group’s management method. That is to let Swedish manage Volvo Cars and keep its DNA and continue to expand design and production,” said Professor Fang.

“The great achievement Li Shufu or Geely made is to keep the Volvo grow and many people are employed. This is a big success. Chinese enterprises can learn from this case and further utilize the world’s resources and talented people.” Fang continues to say.

Volvo Cars was established by Gustaf Larson and Assar Gabrilsson who used to work for SKF, a bearing company in Sweden and well-known in the world. Larson was an engineer and Gabrilsson was a sales manager.

These two people had great passion for cars and saw the great future and joined hands in September 1925 to persuade the board of directors of SKY to allow them to have an assembling workshop in Torslanda in west coast of Sweden. On April 14, 1927, Volvo Öv4 car model came to the market.

In 1935, Volvo became independent from SKF and produced both personal cars and vans and even trucks.

Volvo was the first company to invent and product safety belt. It is still inventing new types of children safety belt and seats even for babies.  Volvo’s ambition was zero death from Volvo cars.

Volvo has also been famous for the world’s safest cars and favorite cars in an European survey last year.

On August 2, 2010 when Ford finally transferred everything to Geely, Li Shufu promised that Geely is Geely and Volvo is Volvo. He will not take Volvo to China. But he will open two new factories to increase the production of new Volvo cars.

Professor Fang said Volvo’s success was based on the full utilization of the potential of the local human resources, international research and development resources, keeping the local workers and contribute greatly to local employment. This is of course welcomed by the Swedish side.  Of course it is also a guarantee of both quantity and quality of Volvo cars.

Last year SUV XC60 was sold very well globally and accounting for one third of the total sales. It was labelled as the favorite car by the Europeans.

Swedish media says Volvo flies up like a phoenix

The mainstream media DN used three pages in economic page to report Volvo’s development over the past 7 years.

First it says Volvo’s XC60 is participating the car exhibition in Geneva. And it gives a picture of the past years’ figure of Volvo personal cars.

In 2010, Ford sold Volvo to Geely and the turnover immediately increased to 2.3 billion kronor.

Then in 2012, there was a year that the result was stagnant.

In 2011, Stefan Jacoby was employed as CEO of Volvo Cars. He gave the first press conference that year. But due to various pressure, he was sick in 2012 and he was replaced by Swedish CEO Lars Samuelsson who will celebrate his 66 birthday this coming Sunday on March 19.

In 2013 and 2014, Daqing and Chengdu factories have been into operation respectively to produce XC 60 and XC90.

The total production surpassed half a million for the first time in 2015 and the profit reached 11 billion kronor in 2016, five times more than that in 2010.

Li Shufu has completely eliminated the worries of Swedish suppliers and workers by purchasing all the small suppliers too. Thus he was dubbed as Mr. Volvo Personal Car.

The future plan of Volvo  is to establish new factories in South Carolina in the United States. The production is expected to be 100 thousand per year.  And electric cars will be manufactured in 2019.

Volvo’s next target is 800 thousand per year production capacity.

No matter how people compare,  Li Shufu who was born in 1963 has done a great job and his purchase of Volvo cars has been recorded in the history in international purchasing cases. His name will be listed in history forever as the first Chinese who has done such a big case abroad and done so well in the world.

Sino-Swedish relations can never be separated with Volvo and both Chinese and Swedish are talking about it.

Of course when a country becomes strong, the large enterprises or companies will naturally come out to purchase other companies, takingWang Jianlin as an example.

But the long term question is how to keep the result and do even better to make it last for a century, but not like the US or Japanese companies, to devour the other company when it is strong, but after about ten years, it has to give up due to poor operation.