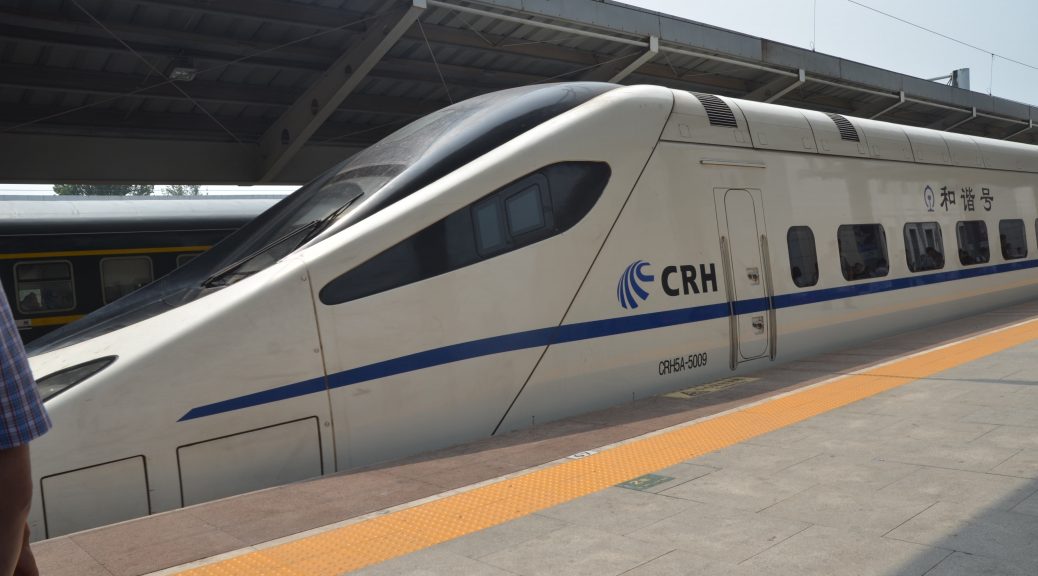 But Gaotie is really another category. It is comparable to airplane.

During my visit to China this summer from June to July for more than a month, I travelled to Beijing, Tianjin, Shanghai, Suzhou, Jinzhou, Shenyang and Dalian. I took Gaotie all the time including Dongche.

They are all very comfortable, very fast, low noise, everyone has a seat and the seat is the same as in the airplane. The space is even broader.

The conductors provide good services and the sanitation is very good. It has air conditions and sometimes, it has a table too.  The comfort can be comparable to the Swedish train, but the speed is really fast.

There are food and water supplies in the train.  You can either eat in the train kitchen or in your own seat.  Hot water is also provided.  With such a speed, people have no sense of stress, but quite relaxed.  The temperature is kept almost permanently 24-26 degrees.

Each time I even lived near the high speed train station. From there, there is often subway stations too. So it is very convenient to travel to any place in the city.

From Tianjin to Shanghai and from Suzhou to Beijing,  both take about five hours, less than half of the previous times.

Compared with airplane, people don’t need to travel far away to the airport.  It just uses public transport, one can arrive there easily.  Of course if you like to drive, you can have parking place there too.

All the high speed stations and waiting rooms are very good.  It is new, convenient and attractive.

I believe if China’s high speed train is built in other developed or developing countries, it will also greatly be conducive to their economic development and improvement of people’s living quality.

It is especially good for business people.  But for ordinary people now many began to take high speed train for their travel because it is still cheaper compared with airplane and it is more importantly comfortable.