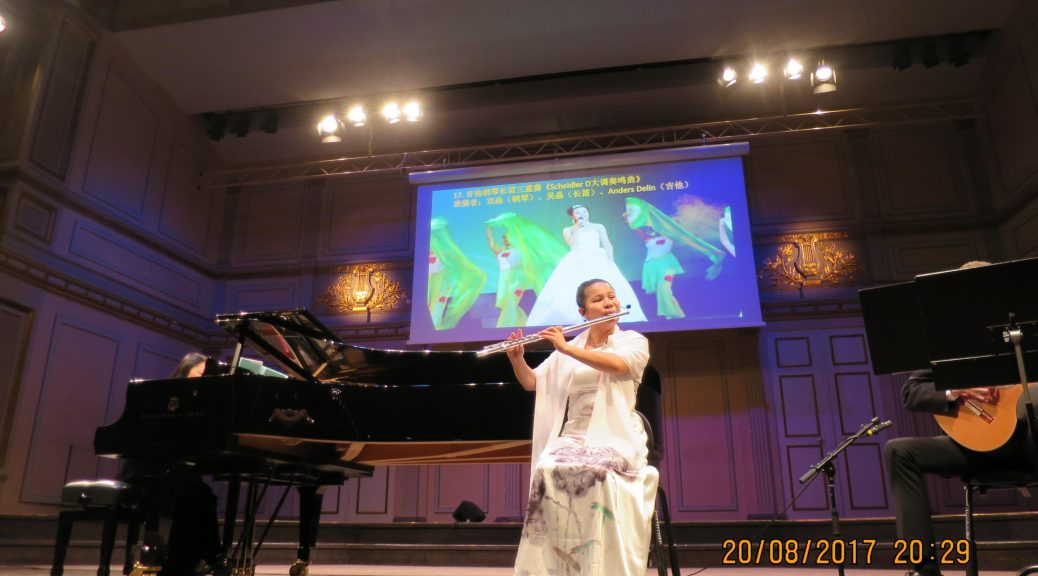 STOCKHOLM, Aug. 24 (Greenpost)– The Closing Ceremony Concert of 2017  The Fourth Stockholm International Arts Festival was held on Aug.20, 2017.  The videos is as the following:

Piano solo: Dream, performer: Annes Fewiy, this is a song he produced by himself