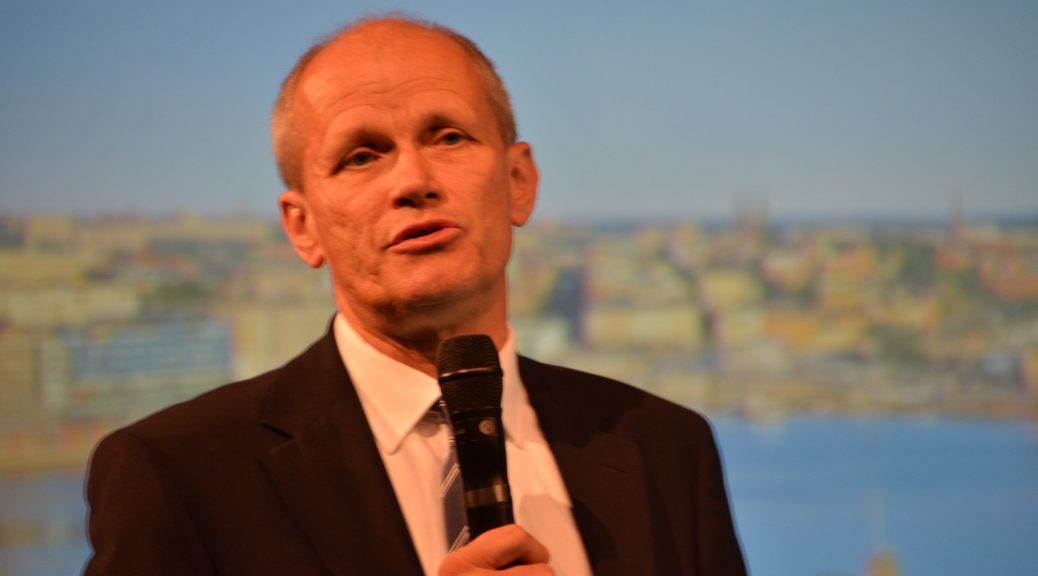 Stockholm, Aug. 29(Greenpost)–2017 Stockholm World Water Week has been focusing on water and waste—reduction and re-use. CRI’s Chen Xuefei has attended the opening session and has details.

2017 Stockholm World Water Week has been focusing on water and waste—reduction and re-use. CRI’s Chen Xuefei has attended the opening session and has details.

Swedish astronaut Professor Christer Fuglesang made the opening remarks as the session began, noting that all water- including urine – in a spaceship is recycled and reused.

“To advance our knowledge and learn more about managing our scarce water resources, we choose water and waste, reduce and reuse as the theme of this world water week, the theme touches the very core of our daily lives, to reduce, some drastic changes will be needed by the main water users, it could be in the industry sector, energy sector and agricultural sector…”

In that sense, Holmgren said water is not a sector, it is actually a connector of all different sectors.

Stockholm Mayor Karin Wanggard said water is a circular resource and one has to learn how to reduce harm and reuse the resource we claim from the earth.

Stockholm Mayor Karin Wanggard made a speech at the opening plenary of World Water Week in Stockholm on Aug. 28, 2017. [Photo: China Plus/Chen Xuefei]

“Access to water is the most important international issue to ensure sustainable development, peace and security. Clean water is fundamental in a health perspective and secure access to it for all people and the growing population is one of the greatest challenges for the international community.”

Thomson said everything is connected and water, environment and climate change are all interrelated.

“Thus we must have an inclusive and integrated approach and never fall back on the failing side of past status quos, we all have something to bring to the work ahead.”