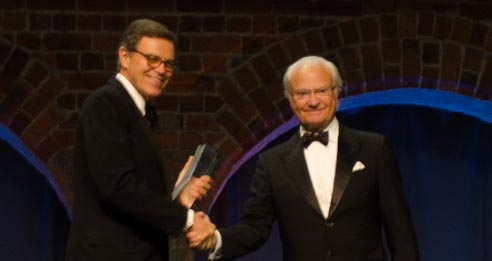 Stockholm, Aug. 31(Greenpost)–Professor Stephen McCaffrey received the 2017 Stockholm Water Prize on Wednesday, for his unparalleled contribution to the evolution and progressive realization of international water law. 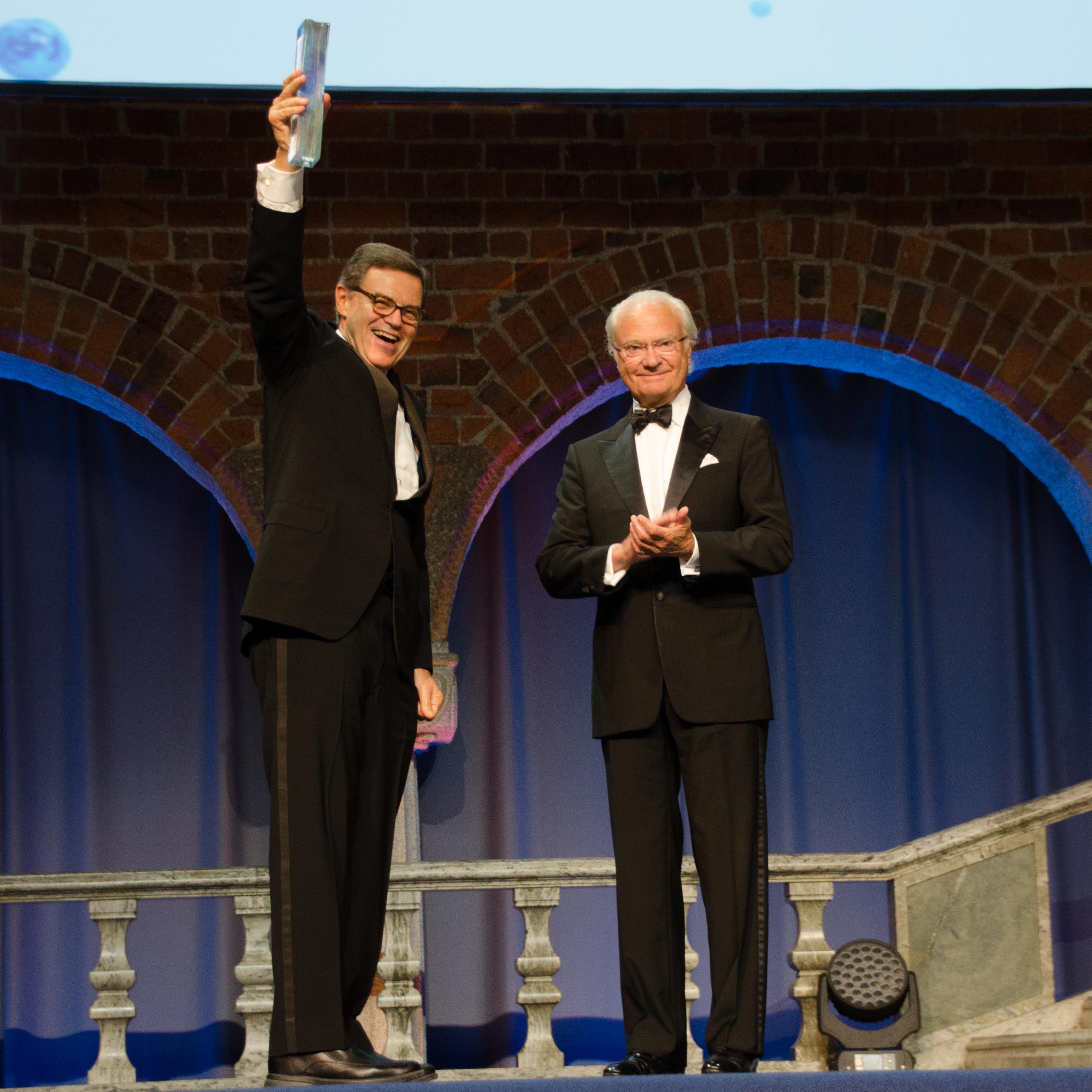 The prize was presented to Stephen McCaffrey by H.M. Carl XVI Gustaf, King of Sweden, at a ceremony in Stockholm City Hall during the ongoing World Water Week.

In its citation, the Stockholm Water Prize Nominating Committee recognized Professor McCaffrey’s “path-breaking leadership and legal scholarship in international water law. He has made a unique contribution in three specific areas: his seminal work on Treaty negotiation; his major scholarly works, including his book The Law of International Watercourses and; his leadership providing expert legal advice, wise counsel, training and facilitation of complex negotiations with a wide range of stakeholders.”

Water flows where it will and has no regard for national or regionally drawn boundaries. Beneficial hydrological, social, and economic linkages can be fostered among countries which share transboundary waters, with their equitable use promoting peace and development.

Nearly 40 per cent of the world’s population lives in countries that share river basins. Increasing stress on water resources globally will require the reasonable and equitable use of transboundary waters. Improved management of transboundary waters reduces the potential for conflict, fosters socio-economic development, promotes shared benefits, and supports healthy ecosystems and services.

On receiving the Prize, Professor McCaffrey said: “I accept this very special award not only on my own behalf, but also on behalf of many women and men who work so hard in the field to ensure that fresh water can be brought to people in ways that do not strain international relations, but which in fact affirmatively produce win-win solutions for countries and people on the ground in accordance with law”.

Stephen McCaffrey, Distinguished Professor of Law at the University of the Pacific, McGeorge School of Law, in Sacramento, California, is the single most respected authority on International Water Law. His work continues to influence scholars, legal practitioners and policy-makers and contribute to the sustainable and peaceful management of shared waters.

In an interview with Greenpost.se, McCaffrey said the future lies on cooperation. Only through cooperation can people cope with water issues peacefully and can benefit from cooperation.

“Cooperation over shared waters is becoming increasingly important, as we witness higher demand coupled with growing scarcity. Stephen McCaffrey is a true inspiration for us in this area, as well as and an important guide, through his works and his wisdom”, said SIWI’s Executive Director Torgny Holmgren.

Professor McCaffrey has been acting as legal counsel to states in several negotiations concerning international watercourses. He has served as counsel in many inter-state disputes over shared water resources, for example between Argentina and Uruguay, Pakistan and India, and Slovakia and Hungary, which have been heard by international courts and tribunals.

He has guided, often multi-year negotiation processes among riparian countries with respect to transboundary water law, for example, on the Nile, Mekong, and Ganges, some with numerous countries involved.

In earlier writings, Professor McCaffrey articulated the human right to water which was later recognized by the UN General Embassy as a right in 2010. Additionally, he has provided critical insights, linking water law to policy, conflict resolution, benefit sharing, and environmental protection over the years.

The Stockholm Water Prize is a global award founded in 1991 and presented annually by Stockholm International Water Institute (SIWI) to an individual, organization or institution for outstanding water-related achievements. H.M. King Carl XVI Gustaf of Sweden is patron of the prize.