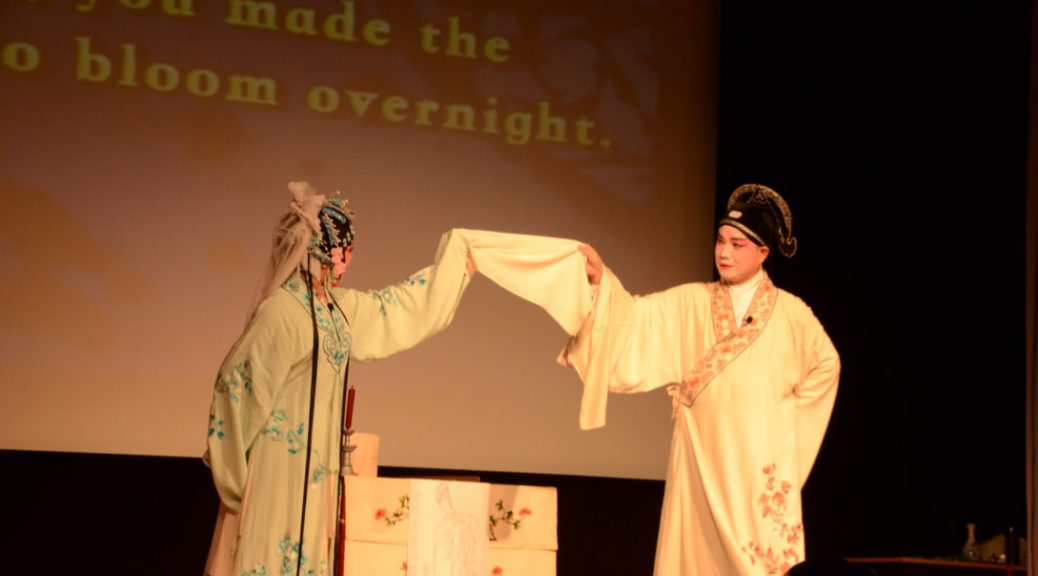 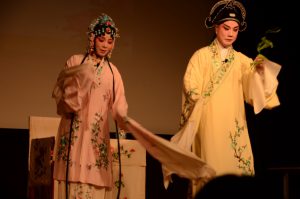 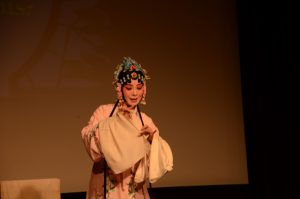 The Peony Pavilion is a play written by Tang Xianzu in the Ming Dynasty and first performed in 1598 marking one of the four dreams. It is about love between a woman Du Liniang coming from a higher official family fell in love with a talented man and their meeting in the Moon Festival. 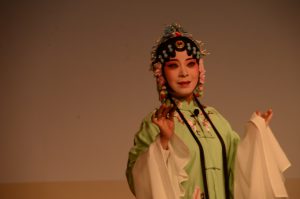 Kunqun Opera was proclaimed as a masterpiece of the Oral and Intangible Heritage of humanity by UNESCO in 2001. 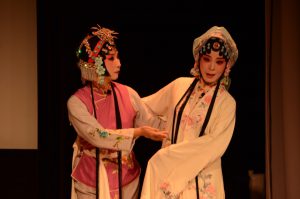 Gong Yinlei acted as Du Liniang with her beautiful postures and tones. Qian Zhenrong acted as Liu Mengmei, a handsome and talented man with wonderful voice and beautiful tone. 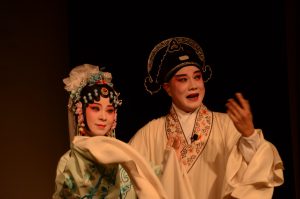 It was the first time that Gong and Qian came to Sweden and performed the Peony Pavilion, an ancient Chinese love story. 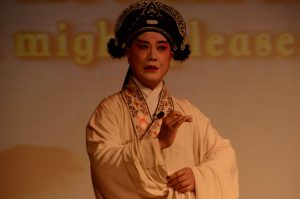 Qian Zhenrong said he was very glad to be in Sweden to perform.

“We are glad that we can perform the traditional Chinese Kunqu Opera here for Swedish audience and many Chinese audience. ”

The performance was performed in Chinese, but there is translations on the screen so that the Swedish audience can also understand. 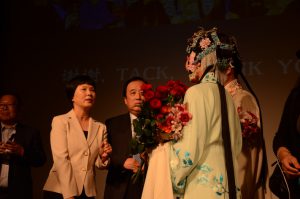 The wonderful performance was not only a good enjoyment for the Chinese in Sweden, it was loved by many Swedish opera lovers.  Mikaela Kindblom is one of them. 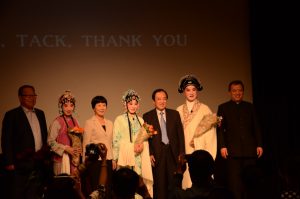 “I love it, it is very beautiful. I have friends telling me about the stories. This is the second time we are here. ”

The concert hall was full with about 400 audiences including Chinese Ambassador Chen Yuming,  his wife Bai Xiaomei and Education Counselor Dou Chunxiang as well as many opera fans.