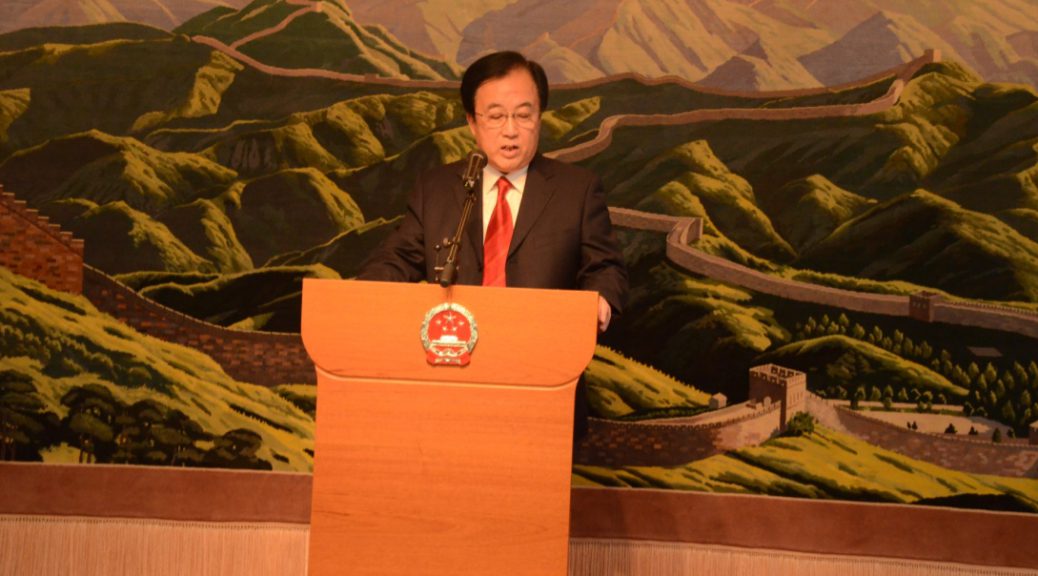 STOCKHOLM, Sept. 28 (Greenpost)–A grand celebration  of the 67th anniversary of the founding of the People’s Republic of China has been held in the Chinese Embassy in Stockholm. 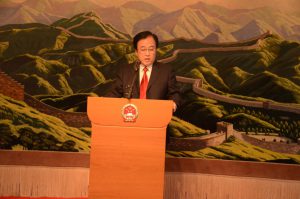 Chen Yuming, Chinese Ambassador to Sweden spoke highly about remarkable achievements China made over the past 67 years with interesting figures.

“67 and 6.7. China has traveled a remarkable journey in the past 67 years, increasing its per capita GDP from 35 to 8 thousand US dollars amid the population growth from 400 million to 1.3 billion.” said Chen.

“China has lifted more than 700 million people out of poverty, and increased the size of our middle income group to over 100 million people. China has accomplished just in a few decades what has taken other countries several hundred years to achieve.  As the engine for global growth, how the Chinese economy is doing is a topic of great interest.”

China’s growth rate of 6.7 percent in the first half of the year is still among the fastest in major economies despite of the slowdown.

Ambassador Chen said China will continue to deepen reform and further open up with more efforts being put on innovation, being in harmony, being green and open and share the development put forward by the new five-year plan.

Ambassador Chen said this year marks the 66th anniversary of the establishment of dilomatic relations between China and Sweden.

“Chinese people often say, a double six brings success.  Several days ago at the China-Swedish Entrepreneurs Round-table, Prime Minister Stefan Löfven said it is the spirits of innovation and cooperation that makes Sweden one of the richest countries in Europe. He hopes that businessmen from China and Sweden can continue to work together. China also looks forward to enhancing cooperation with Sweden in such fields as politics, people-to-people links, trade and investment, innovation, and social governance. ” 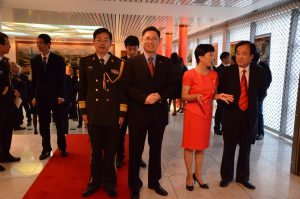 He said China is ready to cooperate with Sweden which has joined the UN Security Council in deeper cooperation. The establishment of the China Cultural Center in Stockholm just 28 days ago will serve as a bridge connecting Europe and Asia for better mutual understanding of the two peoples.

Ambassador Chen also quoted Chinese Premier Li Keqiang’s speech at the 71st Session of the UN General Assembly that only development can root out the cause of poverty, refugee crisis, war, conflict and terrorism.

He said China firmly uphold the purposes and principles of the UN Charter, take political solutions as the right path to tackle hotspot issues, including Syrian and the Korean Peninsular issues. China supports international efforts to address the refugee issue, and will provide 300 million dollars worth of humanitarian assistance.

China is among the first to ratify the Paris Agreement. Chinese peacekeepers are risking their lives for world peace. 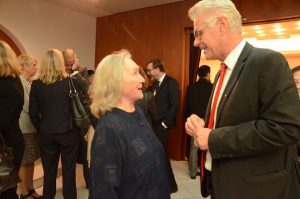 Swedish Sinologist Cecilia Lindqvist and Stockholm Business Region’s CEO Olof Zetterberg and many dignitories from other embassies in Stockholm attended the reception.

A total of 300 people including Chinese prominant figures and leaders from various associations attended the reception.