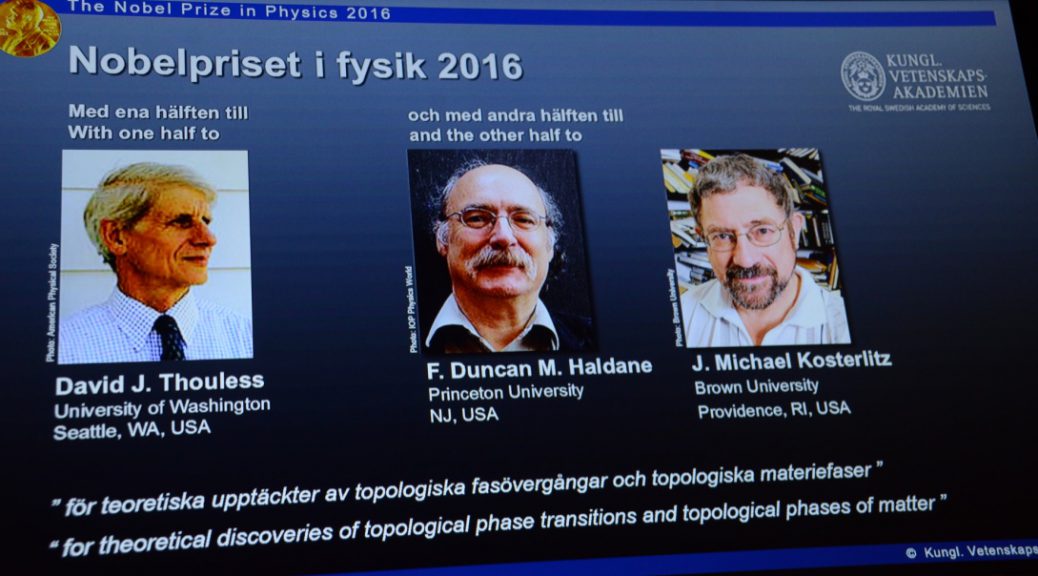 Stockholm, Oct. 4(Greenpost)– Three scientists shared the 2016 Nobel Prize in Physics. They are David Thouless, Duncan Haldane and Michael Kosterlitz because they revealed the secrets of exotic matter, said Göran Hansson, Secretary General of Royal Swedish Academy of Sciences at the Academy on Tuesday. 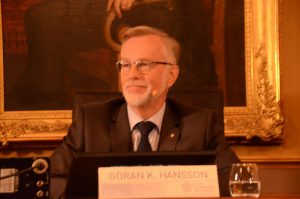 “The Royal Swedish Academy of Sciences has decided to award the Nobel Prize in Physics 2016 with one half to David J. Thouless, and the other half to F. Duncan M. Haldane and J. Michael Kosterlitz  for theoretical discoveries of topological phase transition and topological phase of matter. ”

Hansson said  this year’s Laureates opened the door on an unknown world where matter can assume strange states. 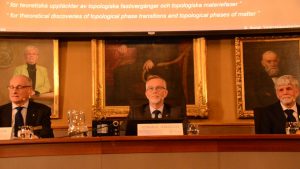 In the 1980s, Thouless was able to explain a previous experiment with very thin electrically conducting layers in which conductance was precisely measured as integer steps.

Over the last decade, this area has boosted frontline research in condensed matter physics, not least because of the hope that topological materials could be used in new generations of electronics and superconductors, or in future quantum computers. 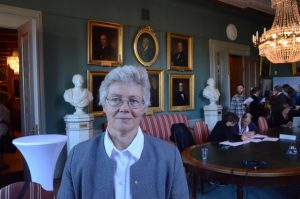 Anna L’Huillier, Professor in atomphysics and member of the Nobel Committee explained the importance of the discoveries.

She said things can have different forms for example one can have two holes in one matter, but with the increase of the temperature, it can change into one hole.

Thanks to their pioneering work, the hunt is now on for new and exotic phases of matter. Many people are hopeful of future applications in both materials science and electronics. 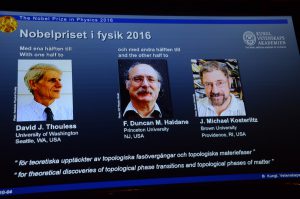 Born in 1934 in UK, Thouless got his Ph. D in Cornell University and  is now Emeritus Professor at the University of Washington, Seattle.

Professor Haldane was born in 1951 in London and got his Ph D from Cambridge University. But he is Eugene Higgins Professor of Physics at Princeton University.

Kosterlitz was born in 1942 in Aberdeen UK and got his Ph D from Oxford University. He is now Harrison Farnsworth Professor of Physics at Brown University in USA.

This was the second prize that has been announced and the Nobel Prize in Chemistry will be announced on Wednesday.

The awarding ceremony will be held on December 10.