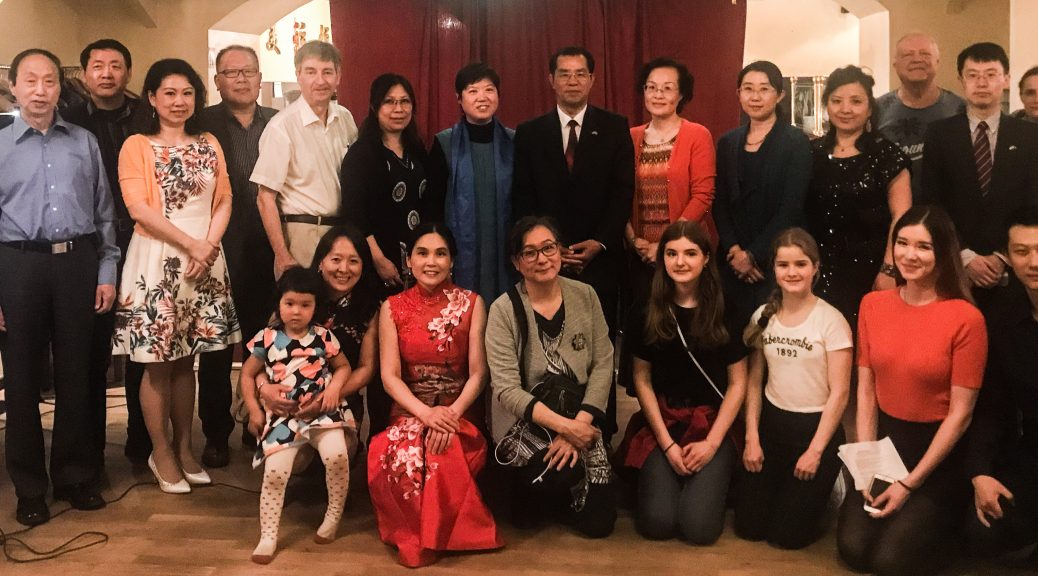 STOCKHOLM, April. 21(Greenpost) – 2018 Belt and Road Nordic Spring Peace and Cultural Festival and Li Li’s Chinese Paintings Exhibition  have been successfully held as a part of Stockholm Cultural Night which was a cooperation with over 100 museums, galleries, opera houses and other cultural locations to open free to the public from 18:00-24:00 on April 21.

The festival was held by China-Europe Cultural Association, Professional Foreign journalist Association or PROFOCA in cooperation with Chinese Teachers Association in Sweden. 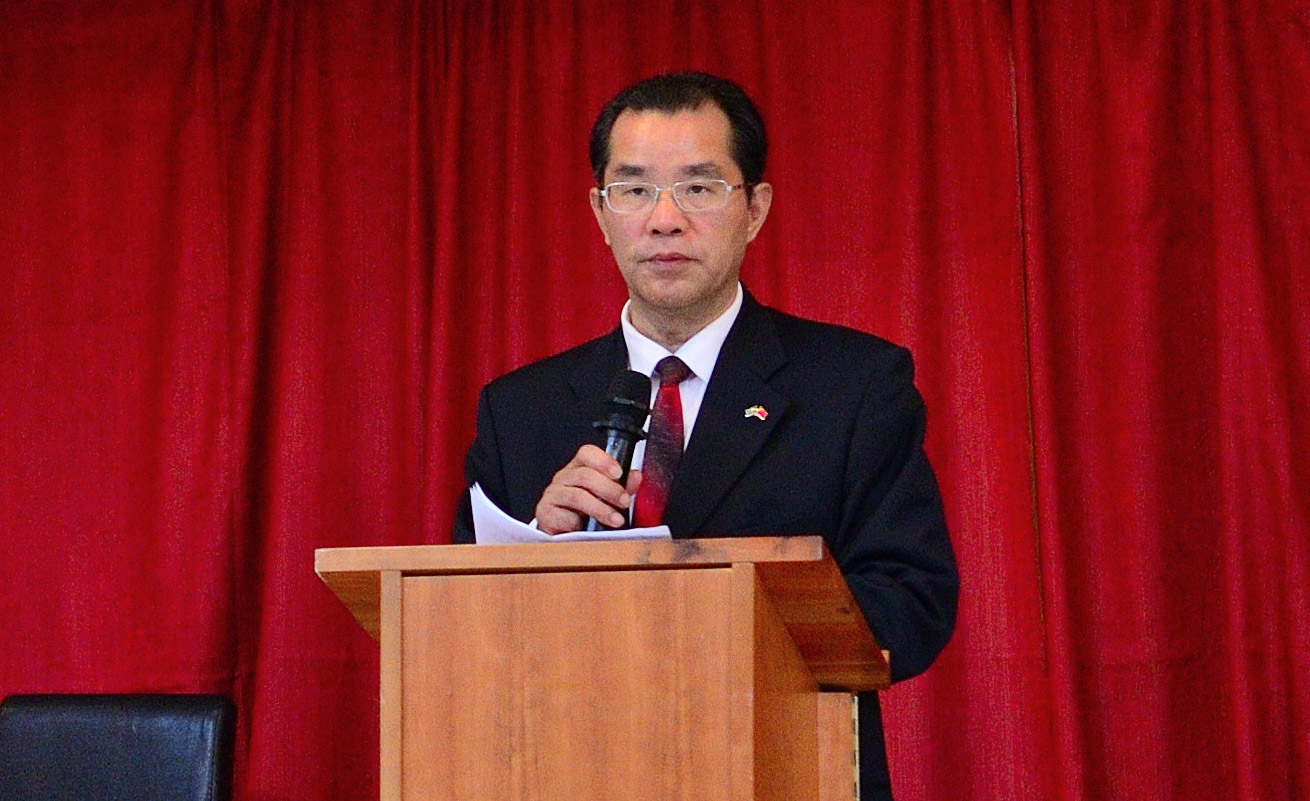 “The opening of the Stockholm Cultural Night and Belt and Road International Peace and Cultural Festival is of great significance in such a period of time. China and Sweden have enjoyed  very good relations and the bilateral relations are on a new historical starting point with great potential to tap. With Chinese style in  Stockholm Cultural Night, it will make the night even more beautiful and be conducive to Sino-Swedish relations. ” said Ambassador Gui.

“China proposes Belt and Road initiative based on the principle of discussing together, jointly building and sharing the result to improve relations with various countries and  expand cooperation with various countries. People to people relation is one of the five parts of belt and road initiative and cultural exchange is an important way to communicate with each other. ”  he said.

“I understand that tonight there will be a big banquet of culture including instrument performance, dancing and singing, and Chinese woman artist Li Li’s painting and the Chinese film Romance on the Lushan Mountain, I hope you all have a good evening.  ” said Ambassador Gui.

China-Europe Cultural Association is a non-political , non-religious organization consisting 75% of Chinese women in Sweden aiming at enhancing Chinese culture and enrich their life in Sweden and serving as a bridge between China and Sweden. 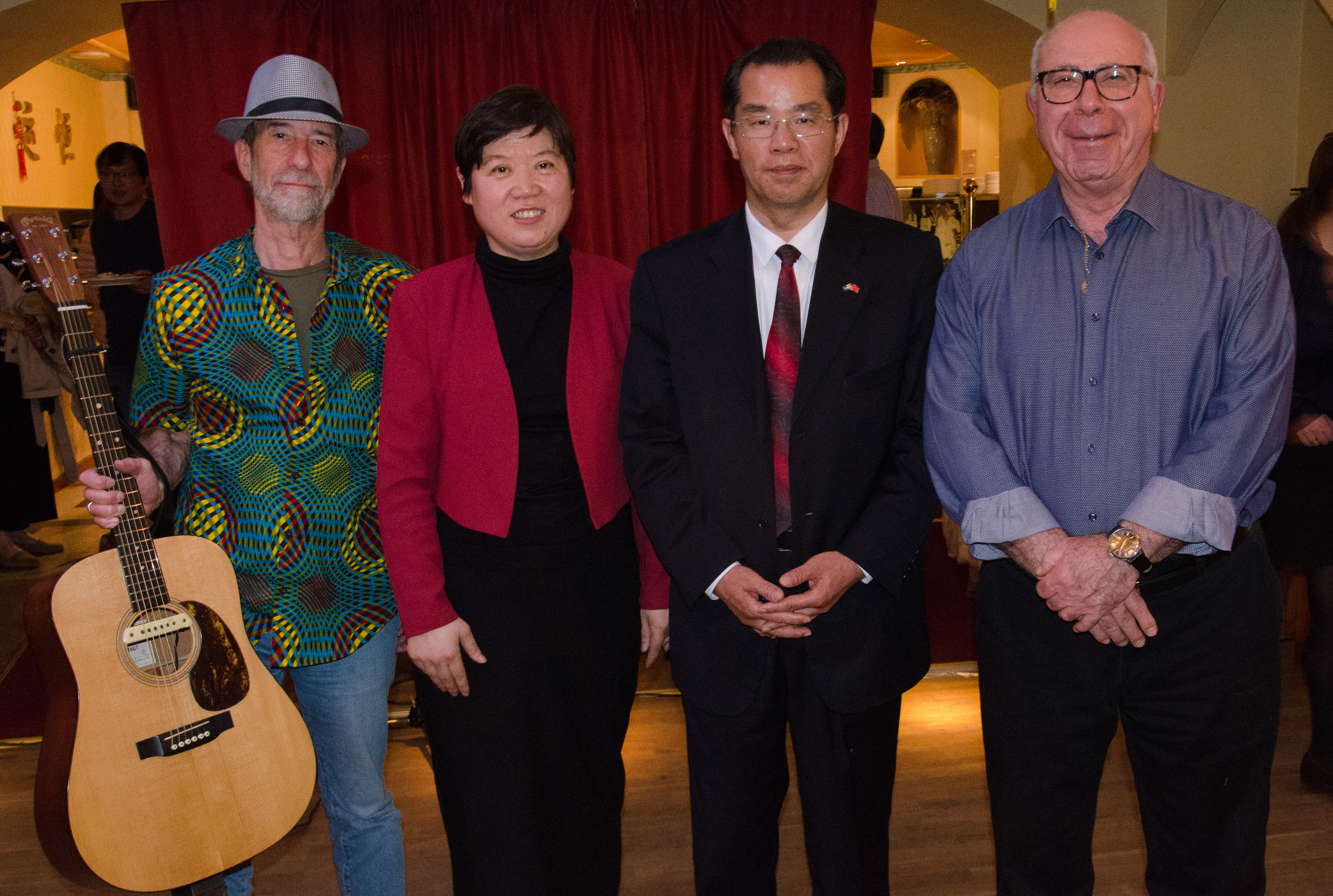 Ambassador Gui said he also welcomed journalists from PROFOCA and other foreign friends to visit China. Over the past 40 years of reform and opening up, China has experienced great changes. Since the 18th Party’s Congress, China has entered a new era. Now China enjoys stable social and political environment and high quality economic development.  Nearly 1.3 billion people have shrugged off poverty and the rest 50 million will eradicate their poverty situation by 2020. In the International arena, China plays an important role in maintaining world peace, security and stability.  It is a main force for world harmony. I believe the journalists can find some good news from China. 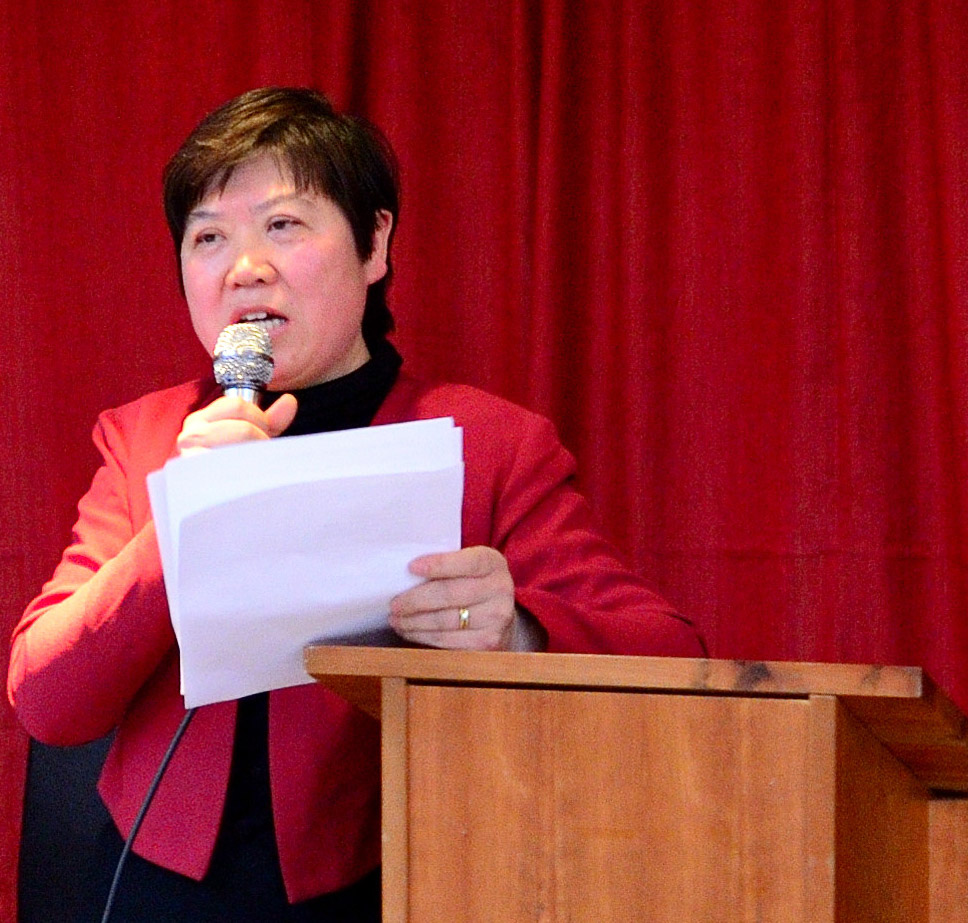 Xuefei Chen Axelsson, President of China-Europe Cultural Association and PROFOCA explained why they held this event.

She said to be part of the Stockholm Cultural Night made her proud to be able to contribute to the cultural life in Stockholm with some Chinese flavour. This is also a sign that Sweden is open and international.

“We hold 2018 Belt and Road Nordic Spring Peace and Culture Festival in order to guard world peace.  Belt and Road Initiative proposed by Chinese President Xi Jinping is not to impose Chinese influence by purpose, but treat it as a way to promote peace and development. Sweden was the destination of the maritime silk road taking the boat Gothenburg as an example. We like to promote cultural exchanges between China and Sweden and China and Europe. ” said Chen Axelsson.

“The third is to celebrate the exhibition of Beijing women artist Li Li. Although it is a small scale of 30 small pieces of paintings, it is profound and a real action of bilateral cultural exchange. ” she said.

Last year, we held the first Nordic Spring International Cultural Festival, we also held other cultural activities such as holding lectures and listening to Chinese actor Pu Chunxin’s presentation held in Chinese Cultural Center . By learning Chinese culture, we feel more peaceful and life is more joyful.  By going to China and reporting the Party Congress, I saw China’s peaceful transition to a new era aiming at wiping out poverty completely and building a modern Chinese society. We shall continue to work hard to serve the members and contribute to Sino-Swedish good relations. 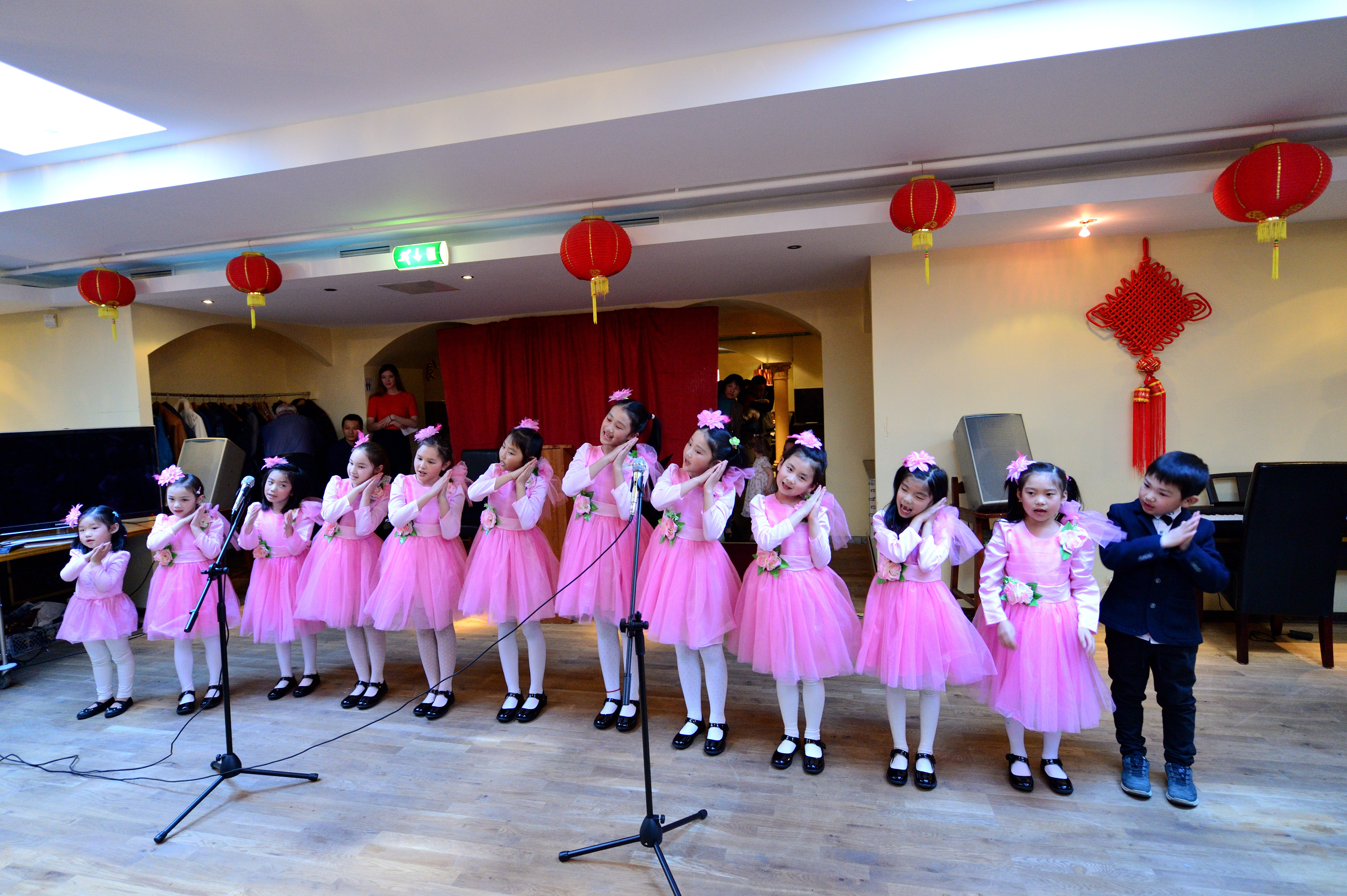 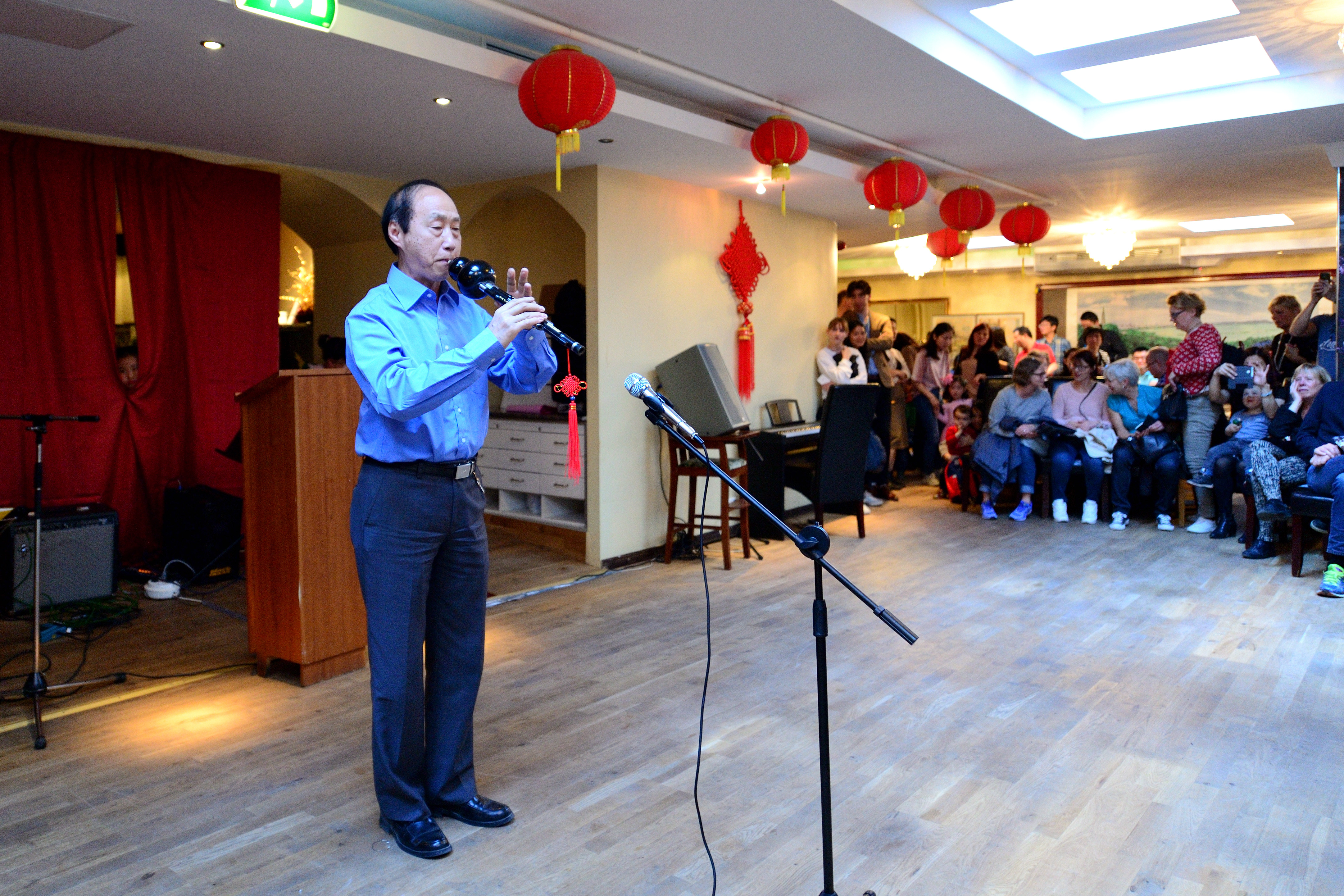 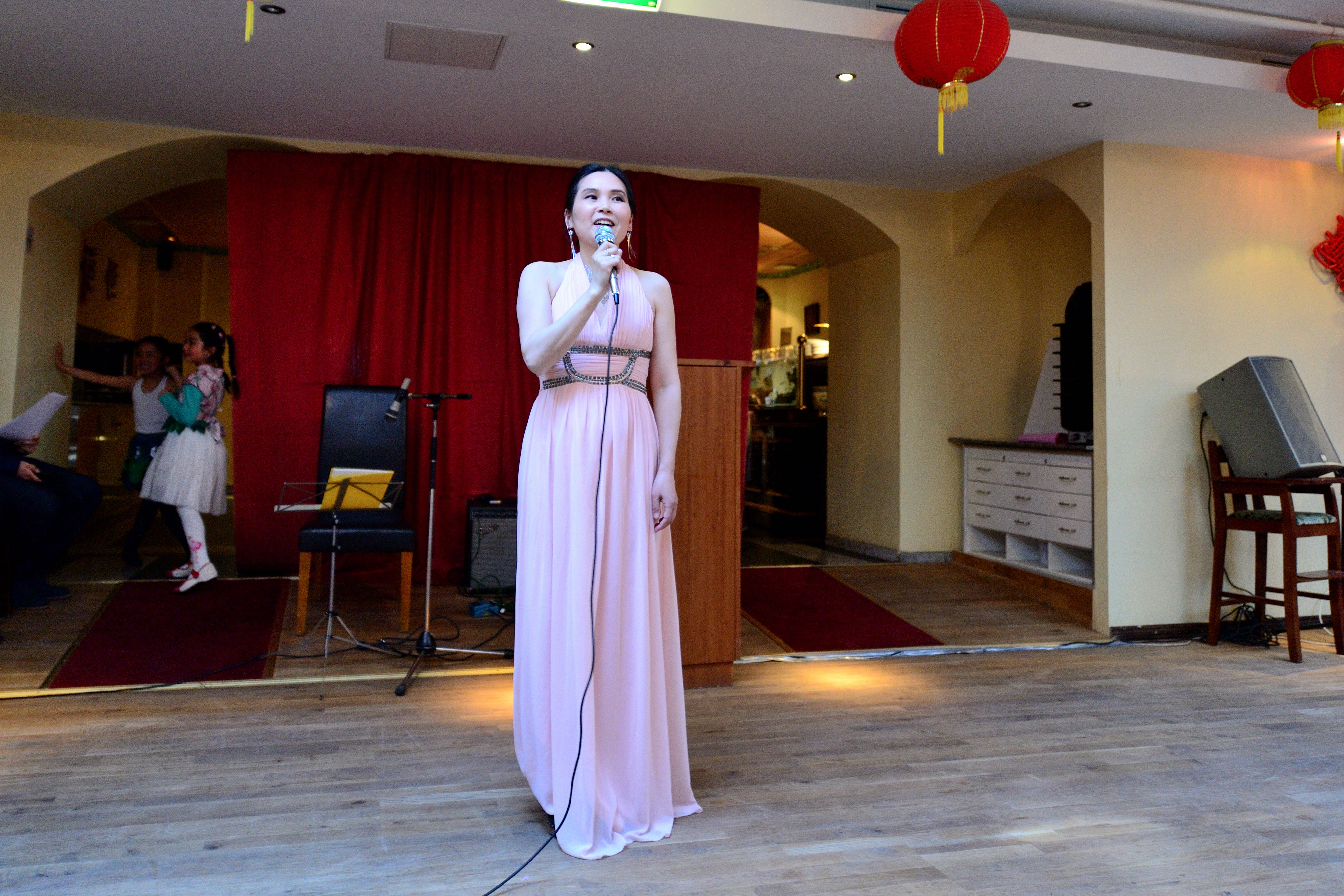 He Ruiyu sang the song Rolling up the Bamboo Curtain beautifully. 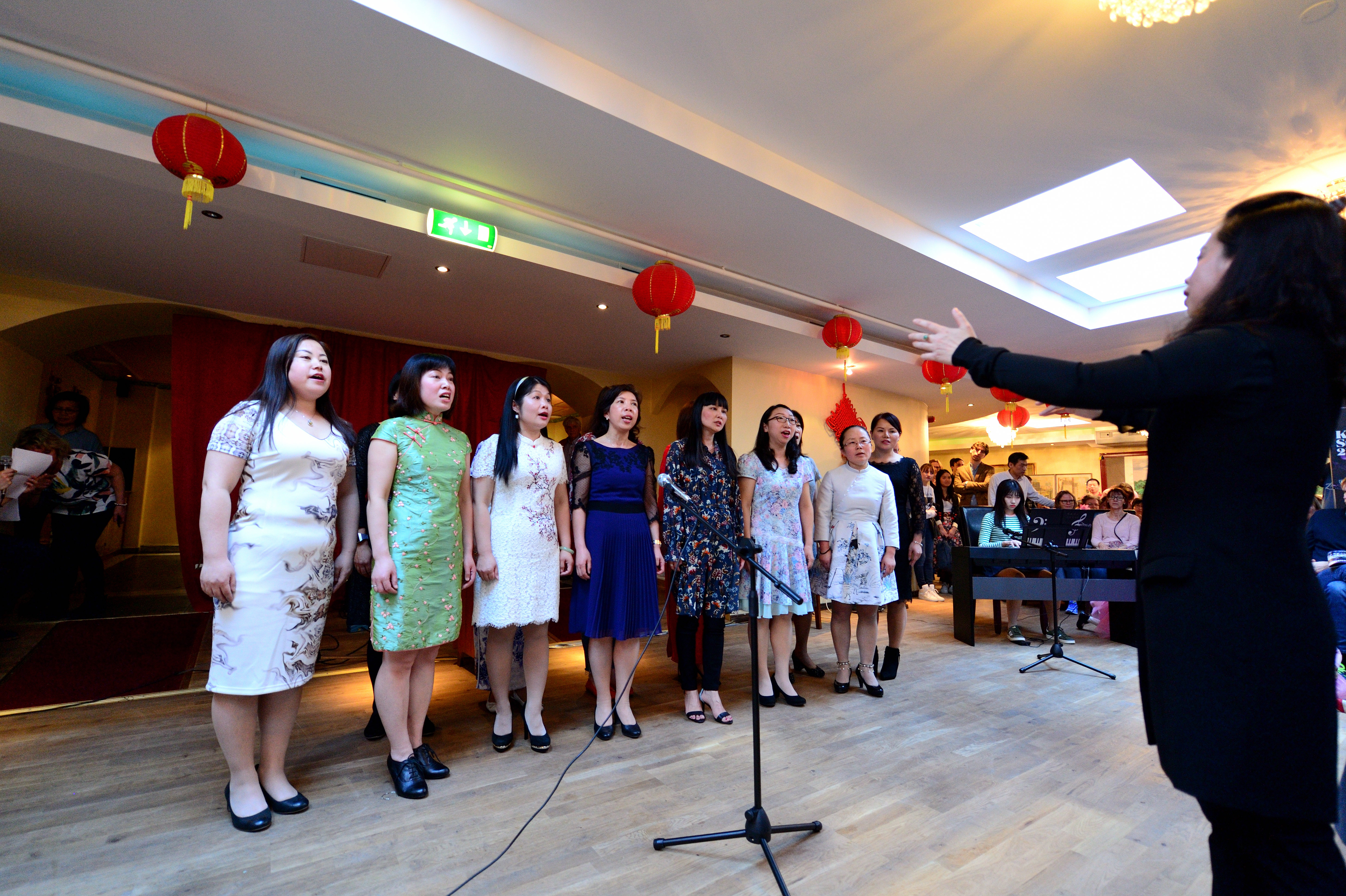 Chinese women choir also sang very well. Some of them are the mothers of the children’s choir . 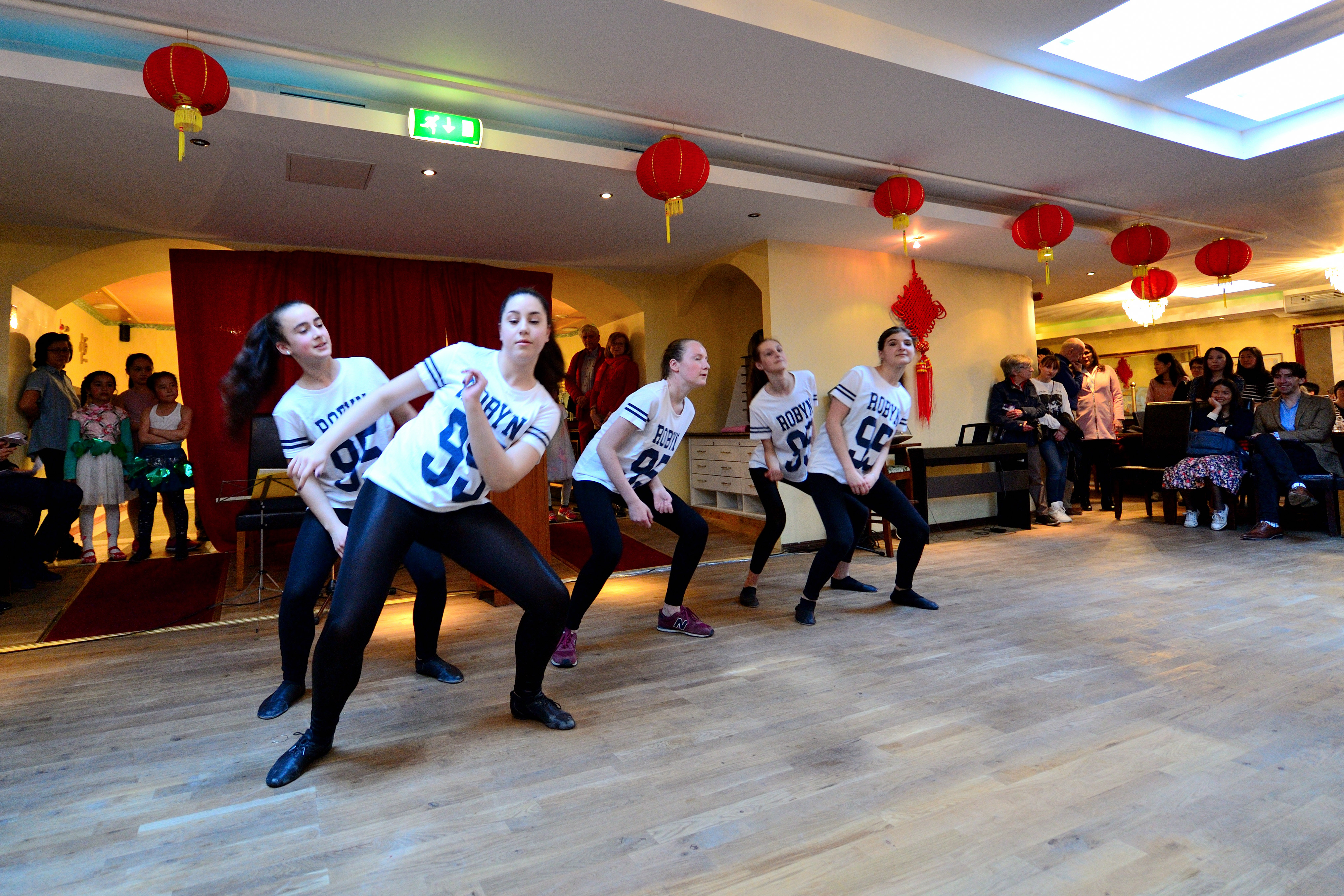 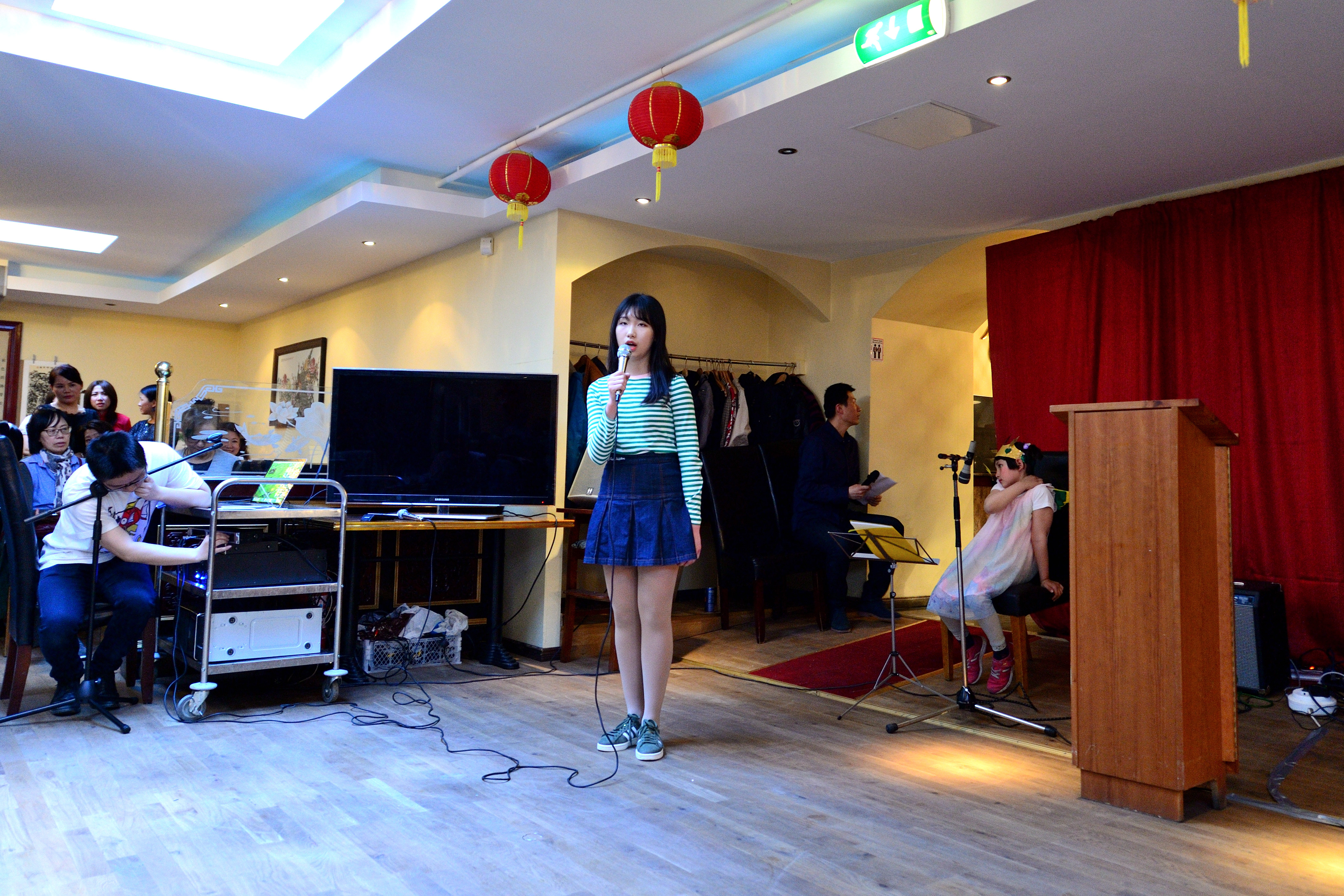 Tang Shiyu sang a beautiful Chinese song called the size of the heaven. 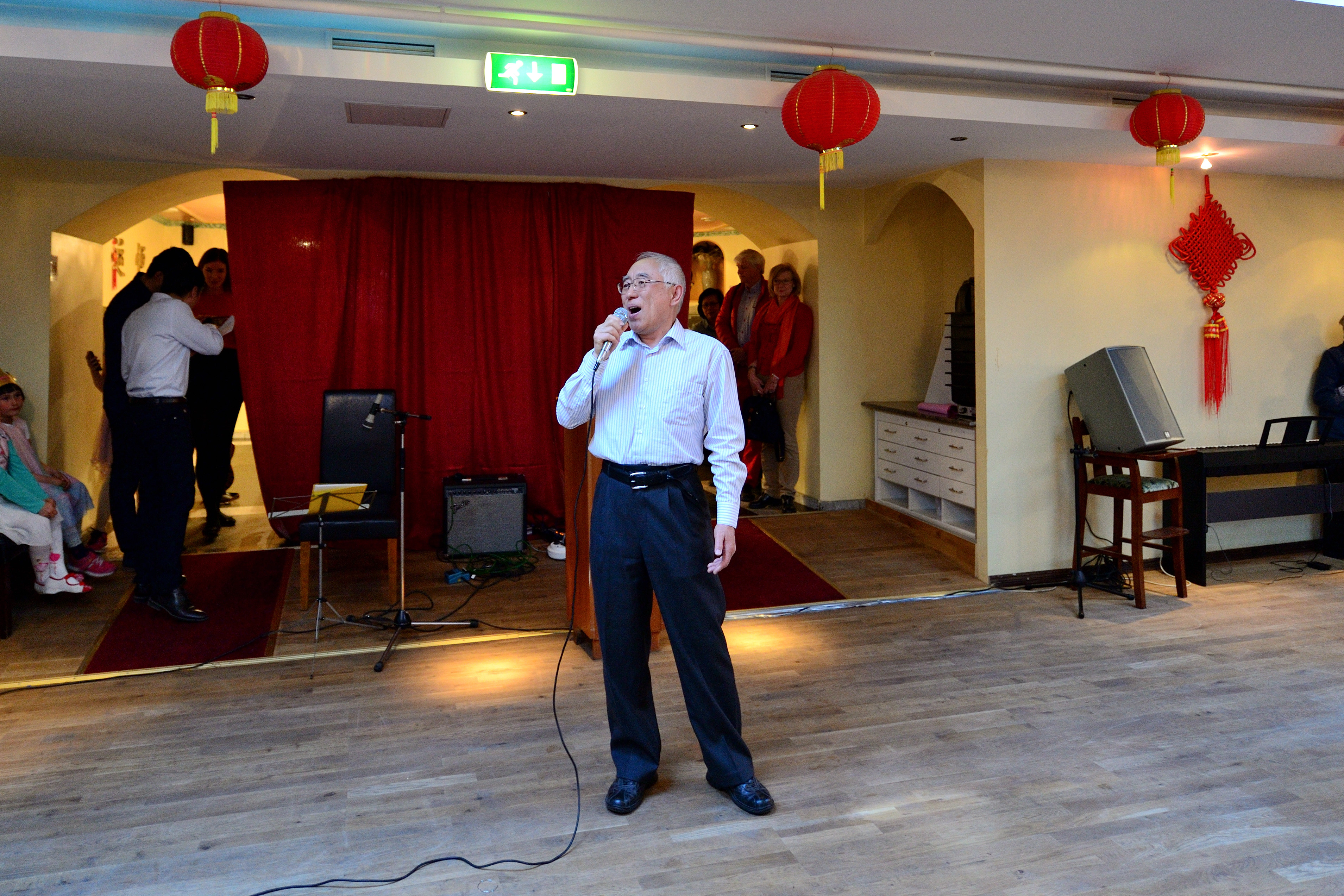 Li Zhanchun sang Tianbian, Little Populars Tree and I love you China reminding us the beautiful China of the 1980s. 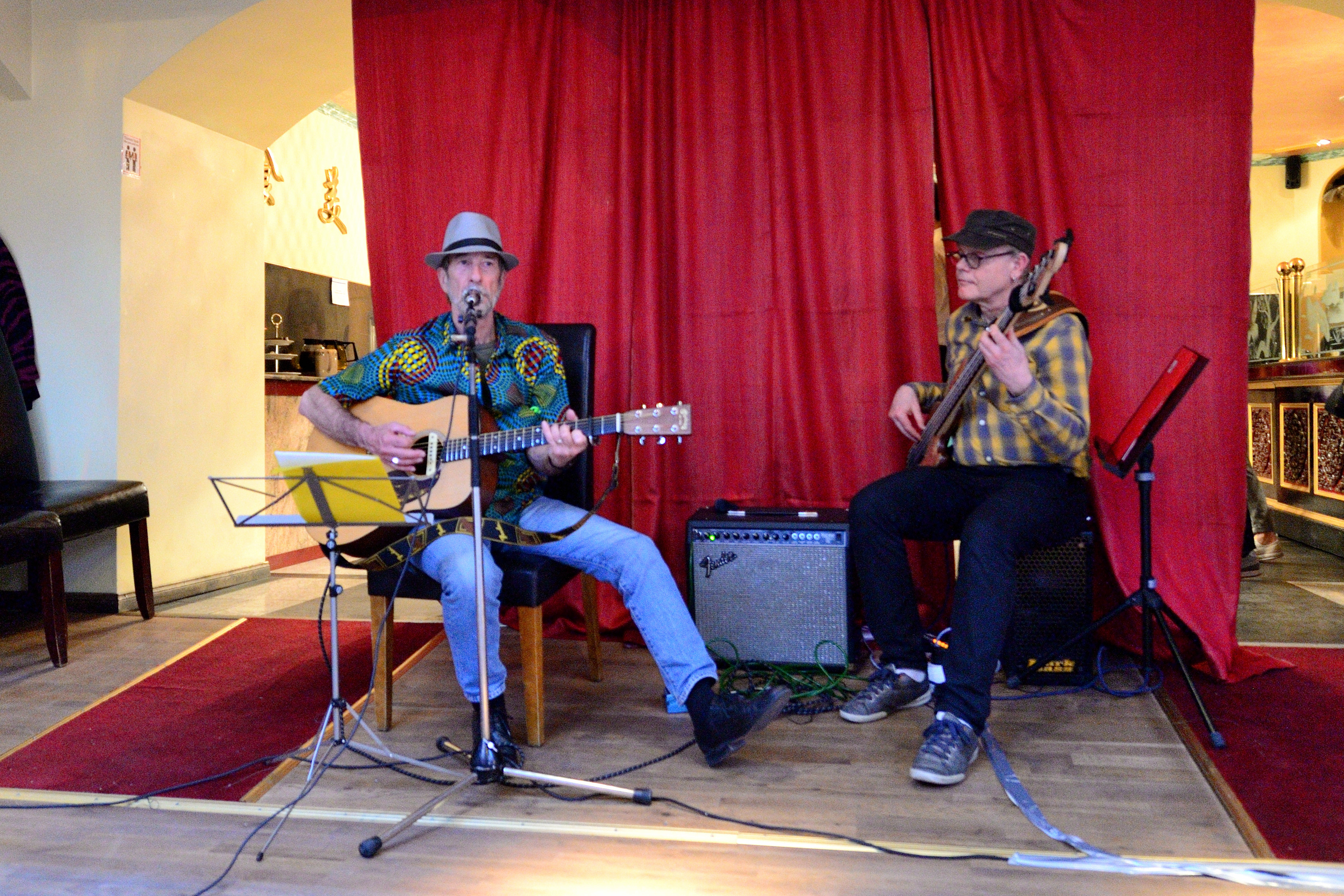 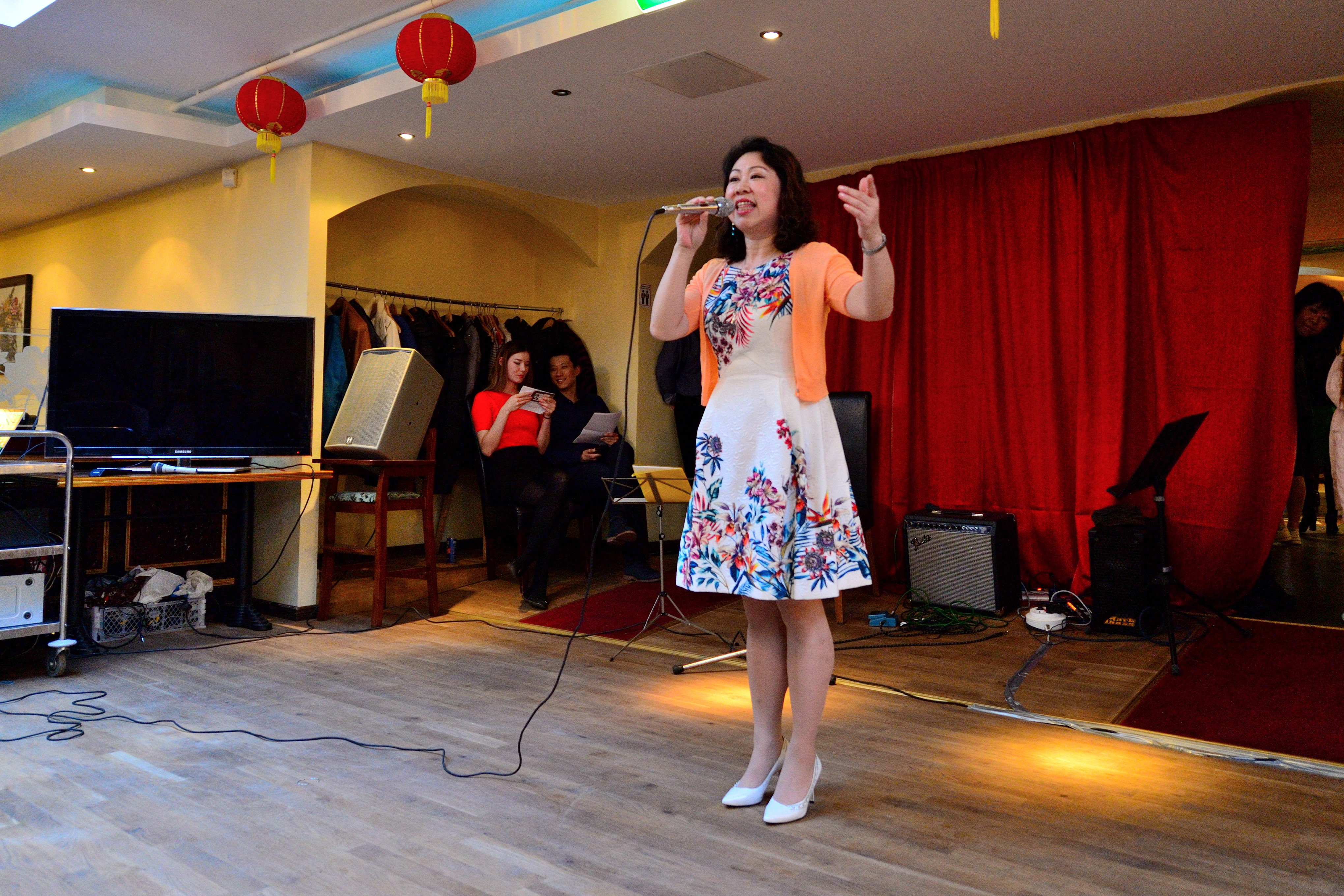 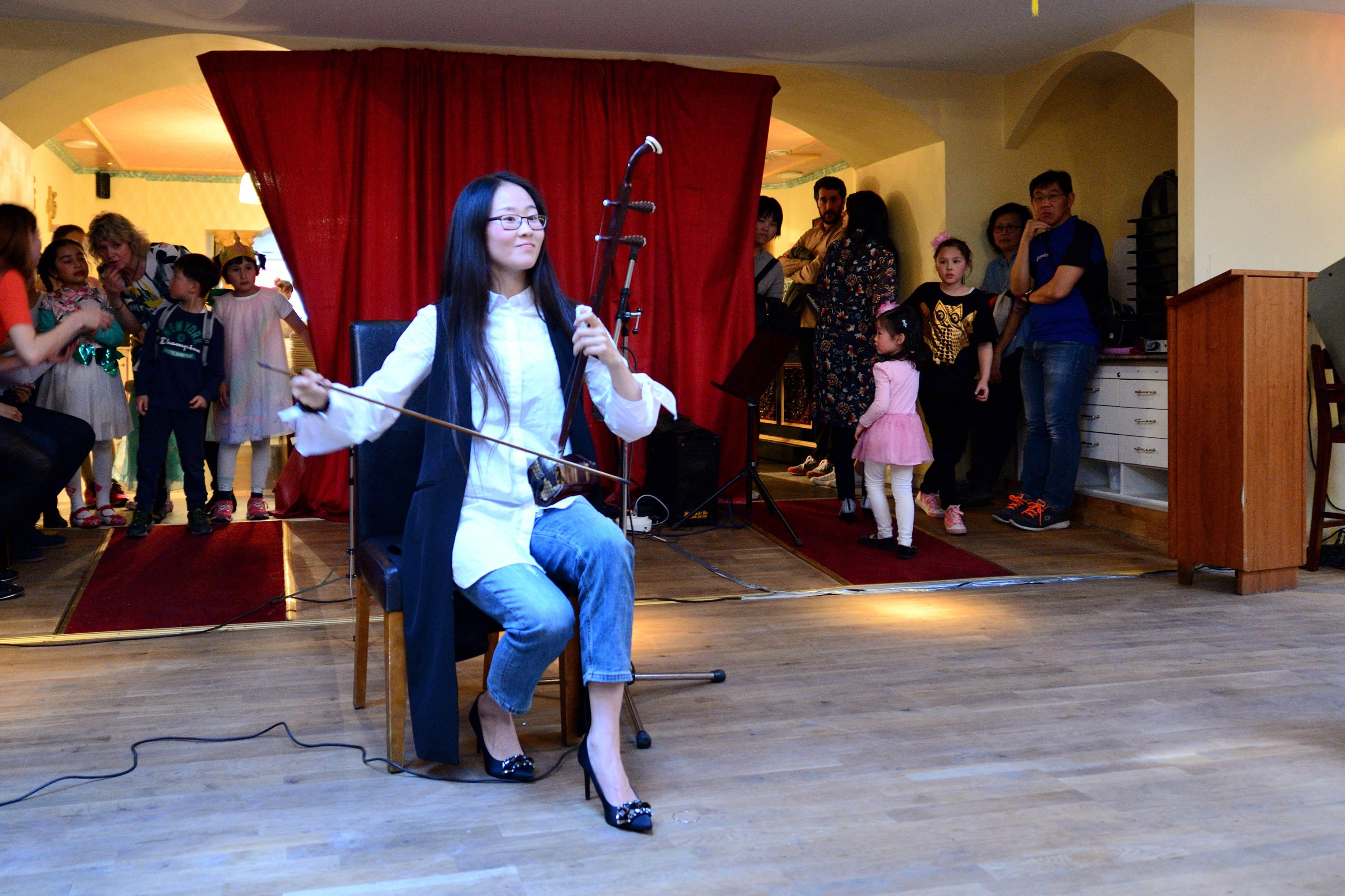 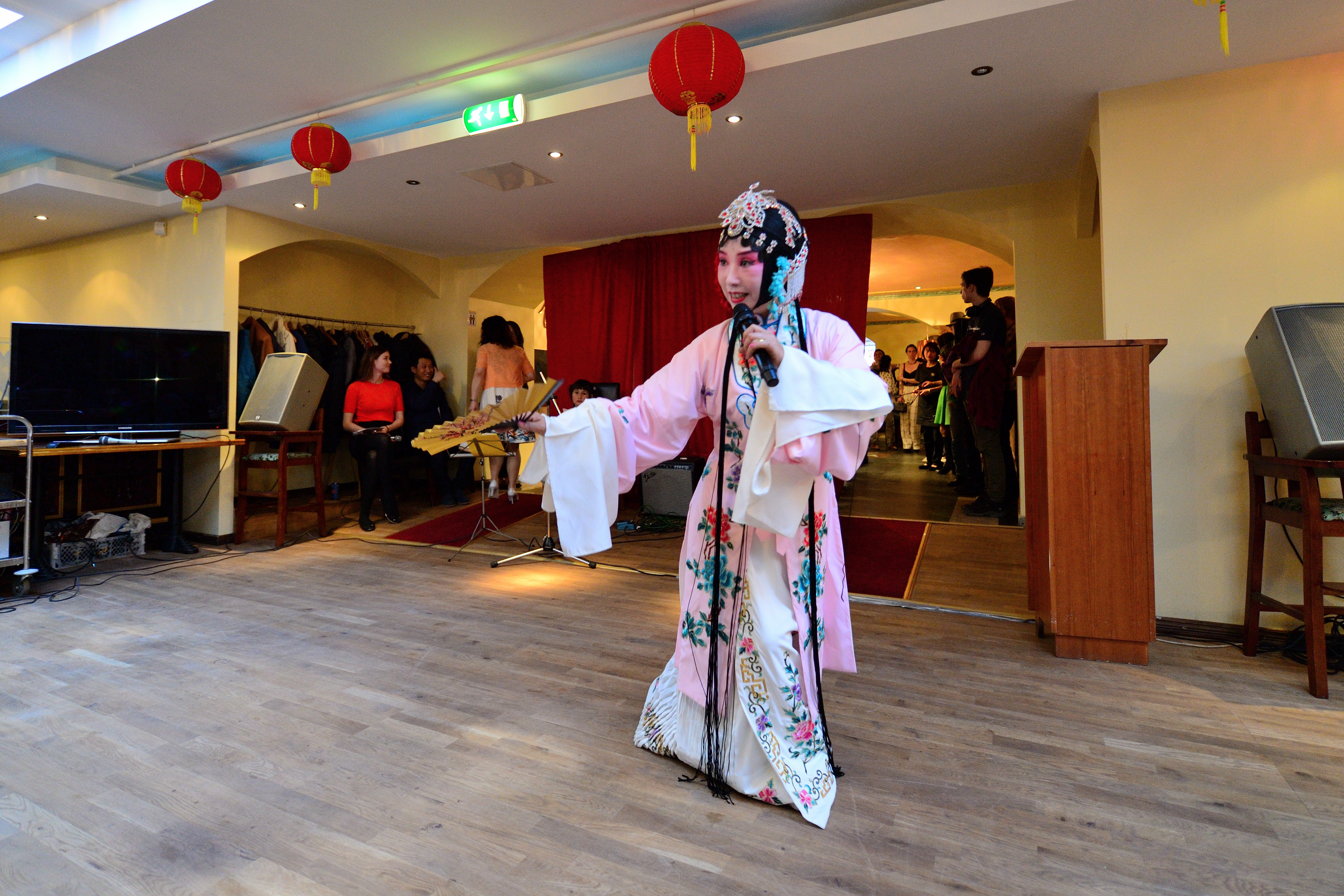 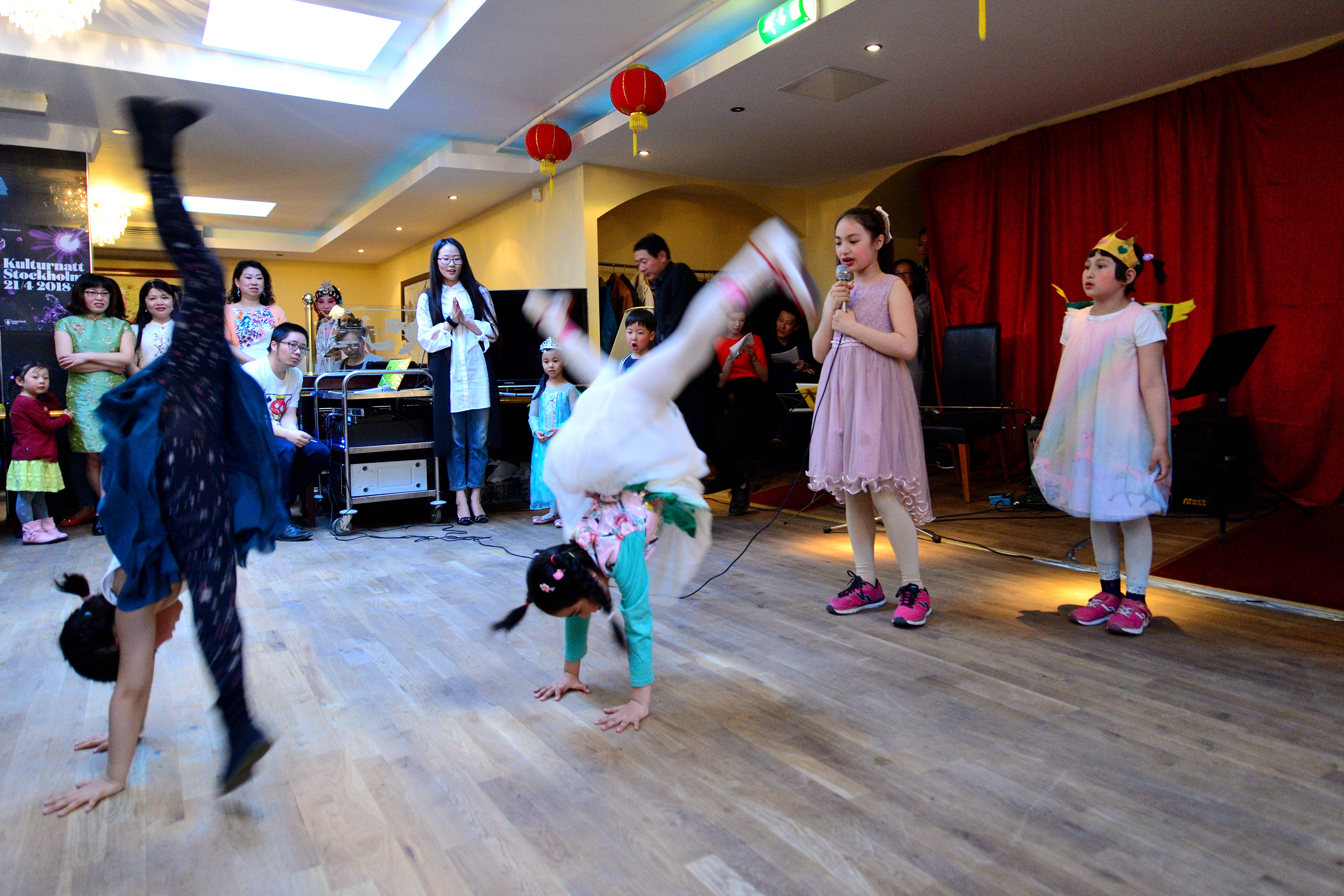 Uppsala Confucius Class pupils performed a singing and dancing program attracting the attention of other children.

Xuefei Chen Axelsson sang an inner Mongolian song Take me to the Prairie.

Finally Ambassador Gui and all the artists and guests sang together My Motherland led by Li Jia. 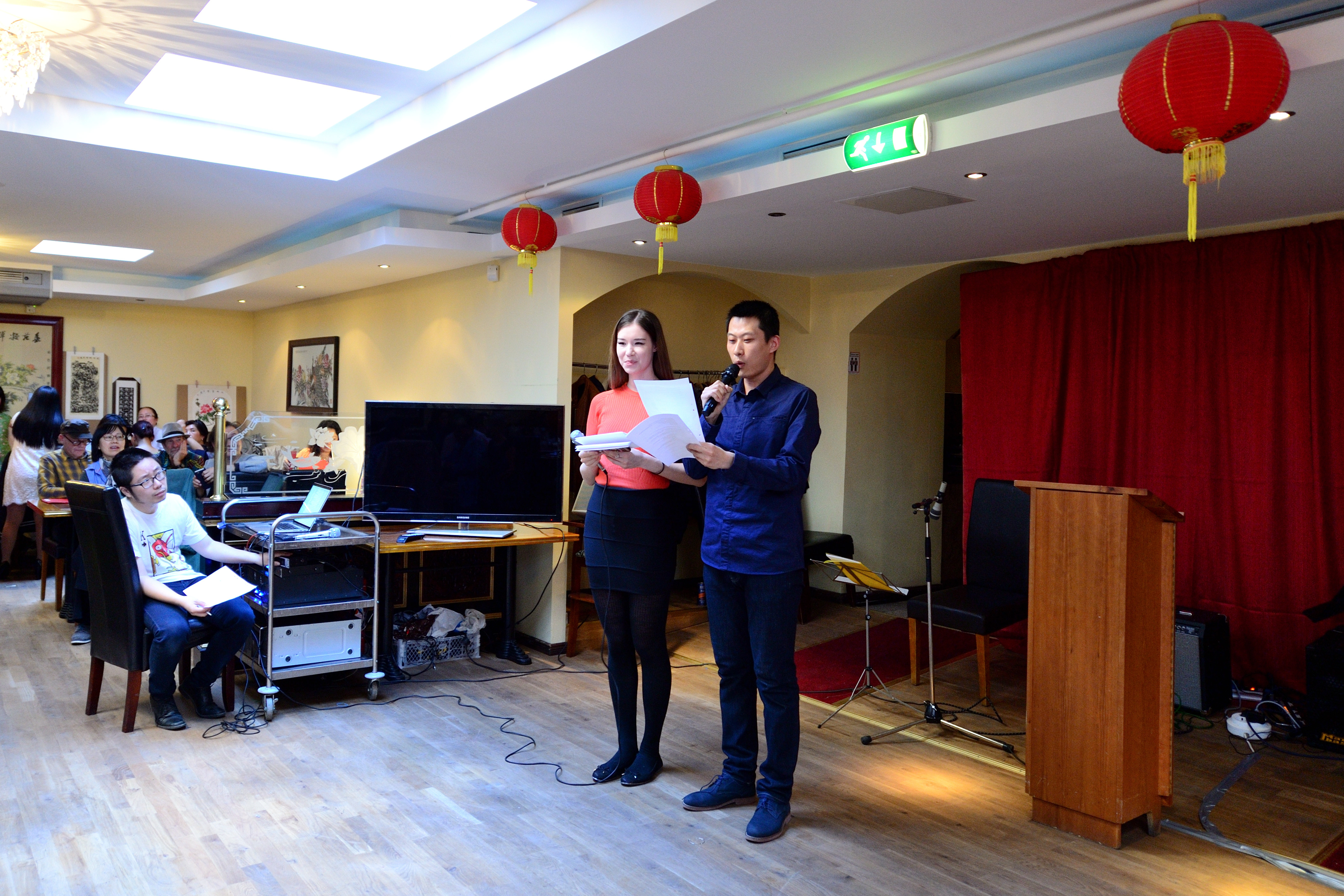 Beijing woman artist Li Li’s paintings stand by the wall around the hall which hosts more than 200 people. 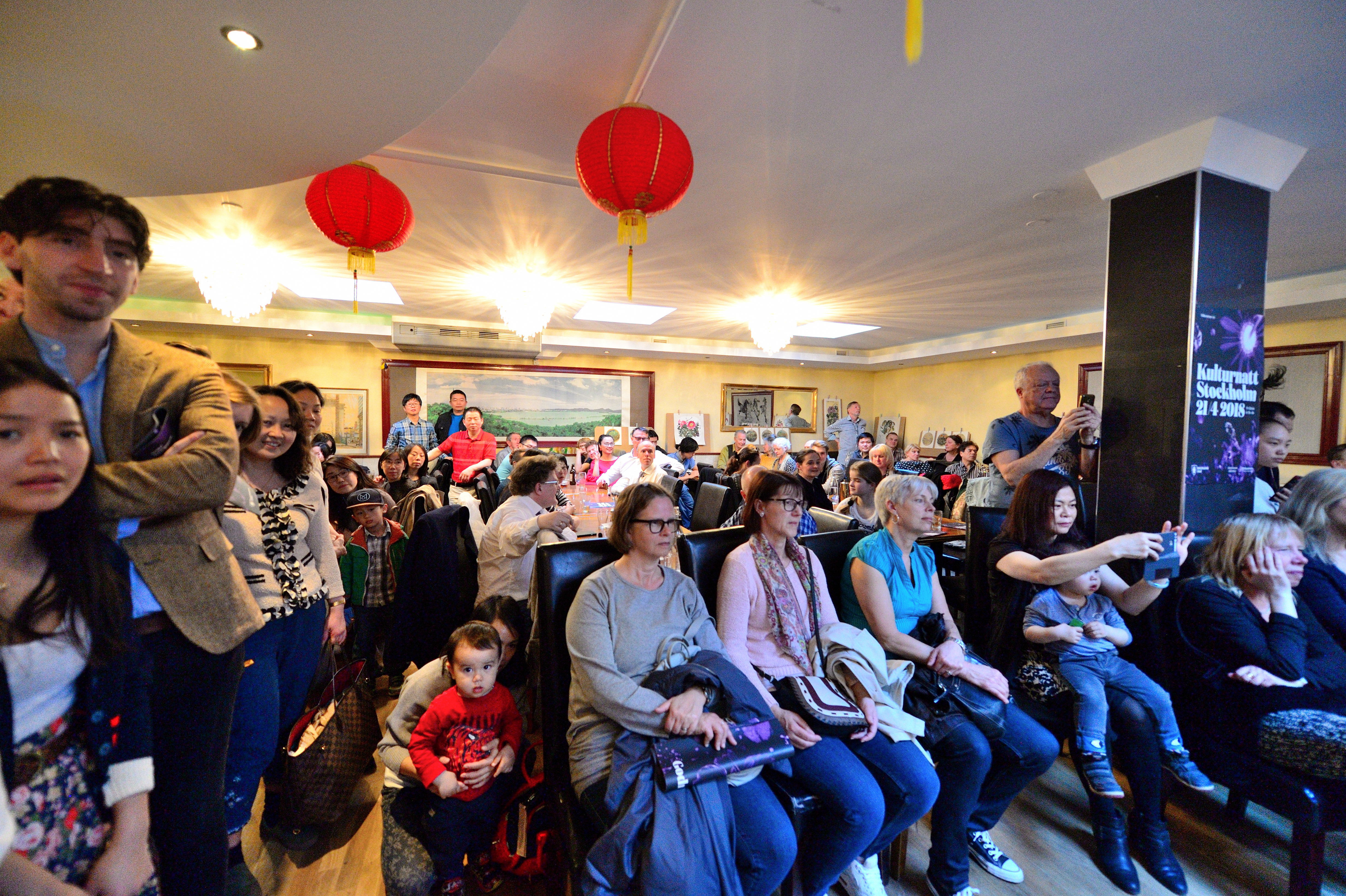 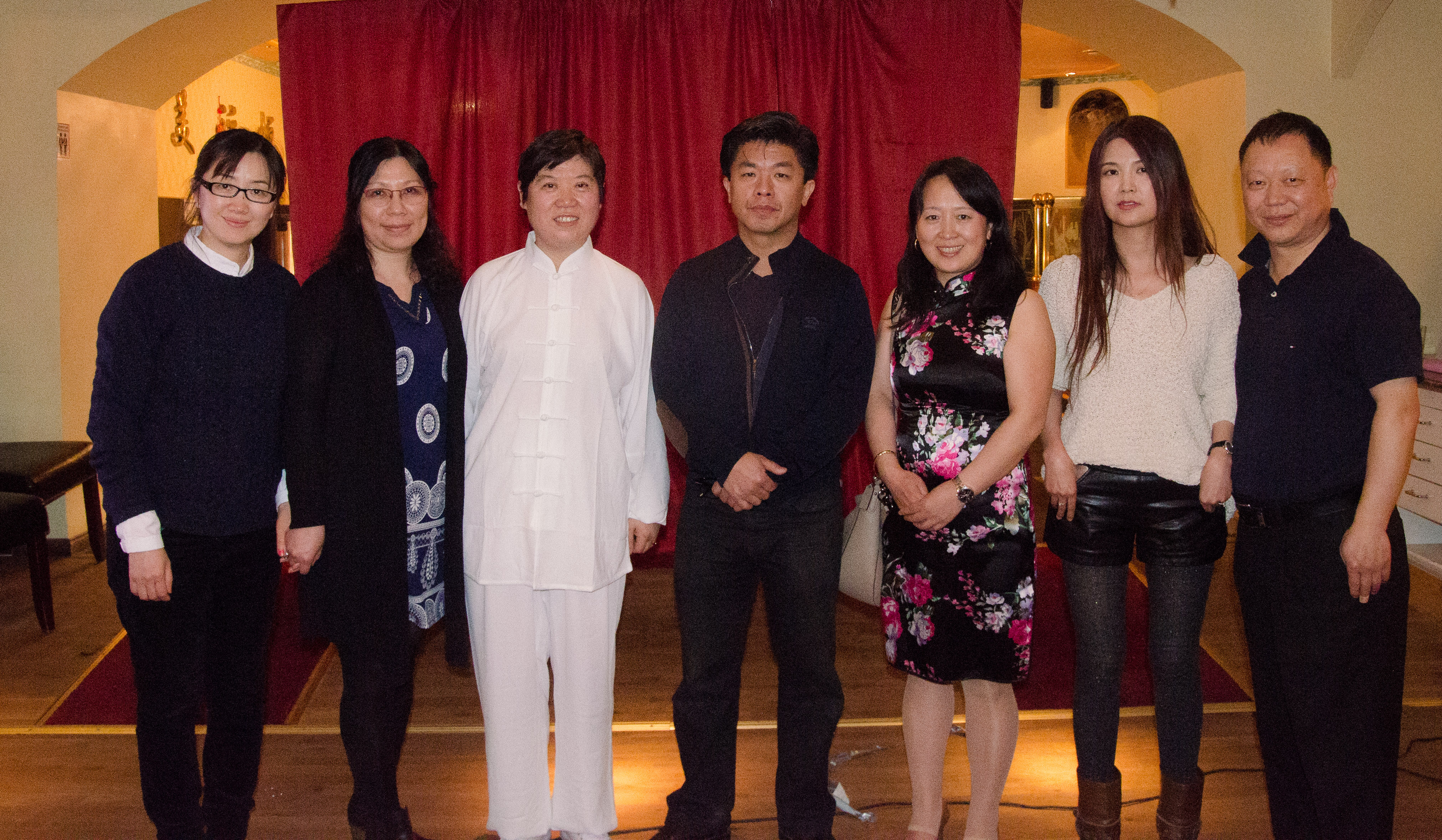 Finally a film Romance on Lushan Mountain was played to end the cultural night at midnight. 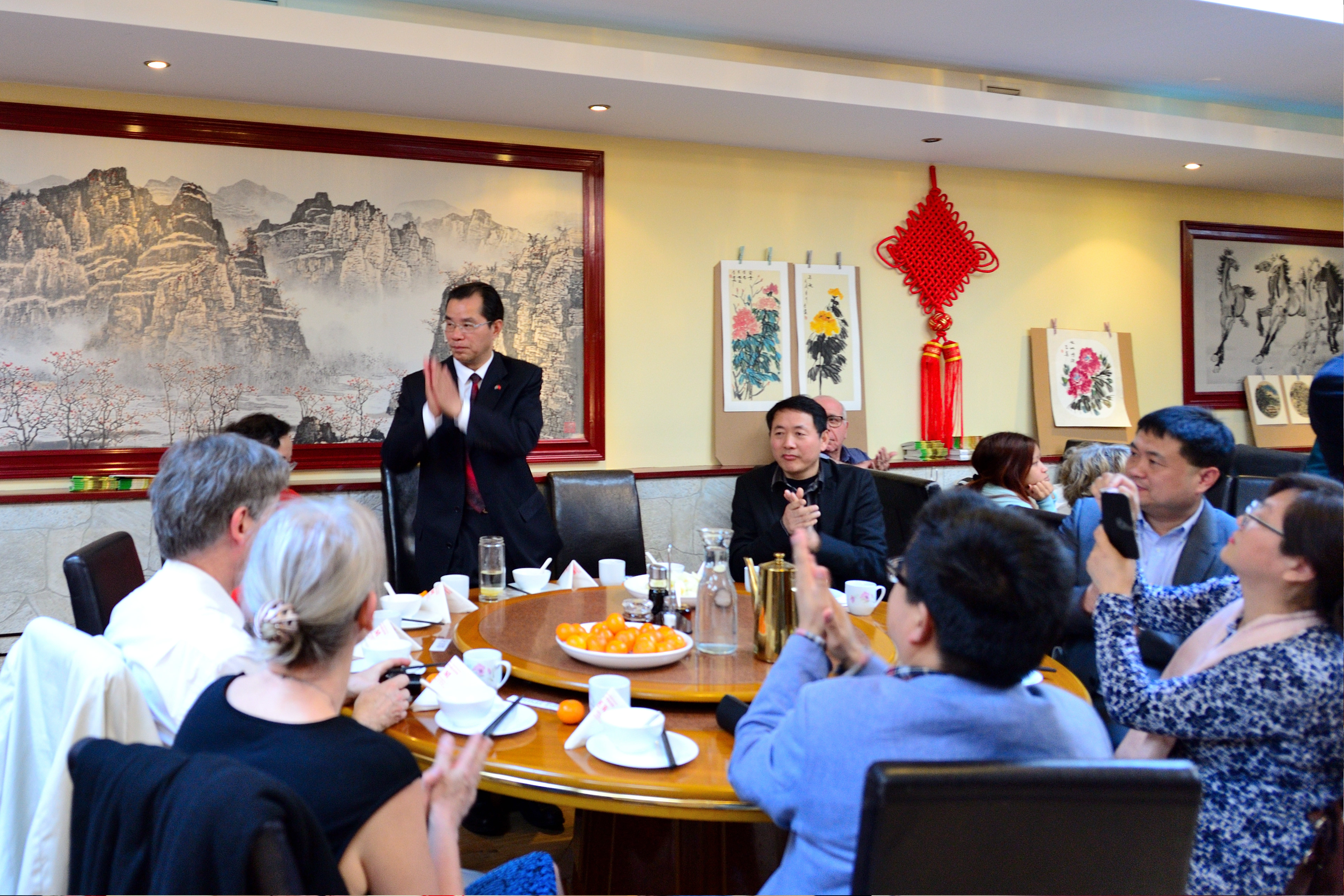 The festival was hosted by Åsa and Arthur Lou Guofeng.