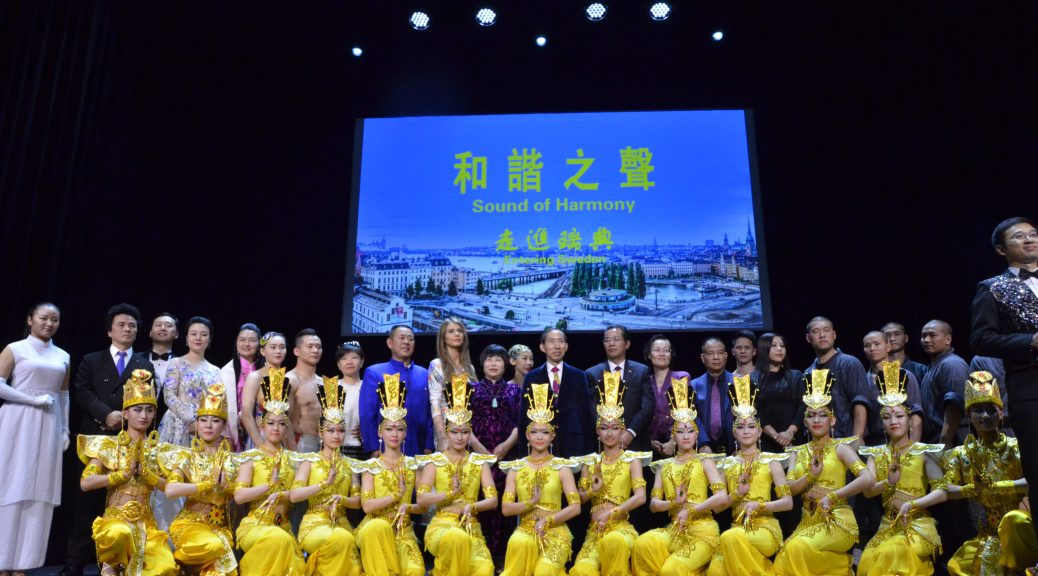 The event was hosted by China International Cultural Communication Center and Sweden-China Entrepreneur Association.  It was supported by the Chinese Embassy in Sweden and China Kongwah Group as well as Sweden Rongtai Investment AB. 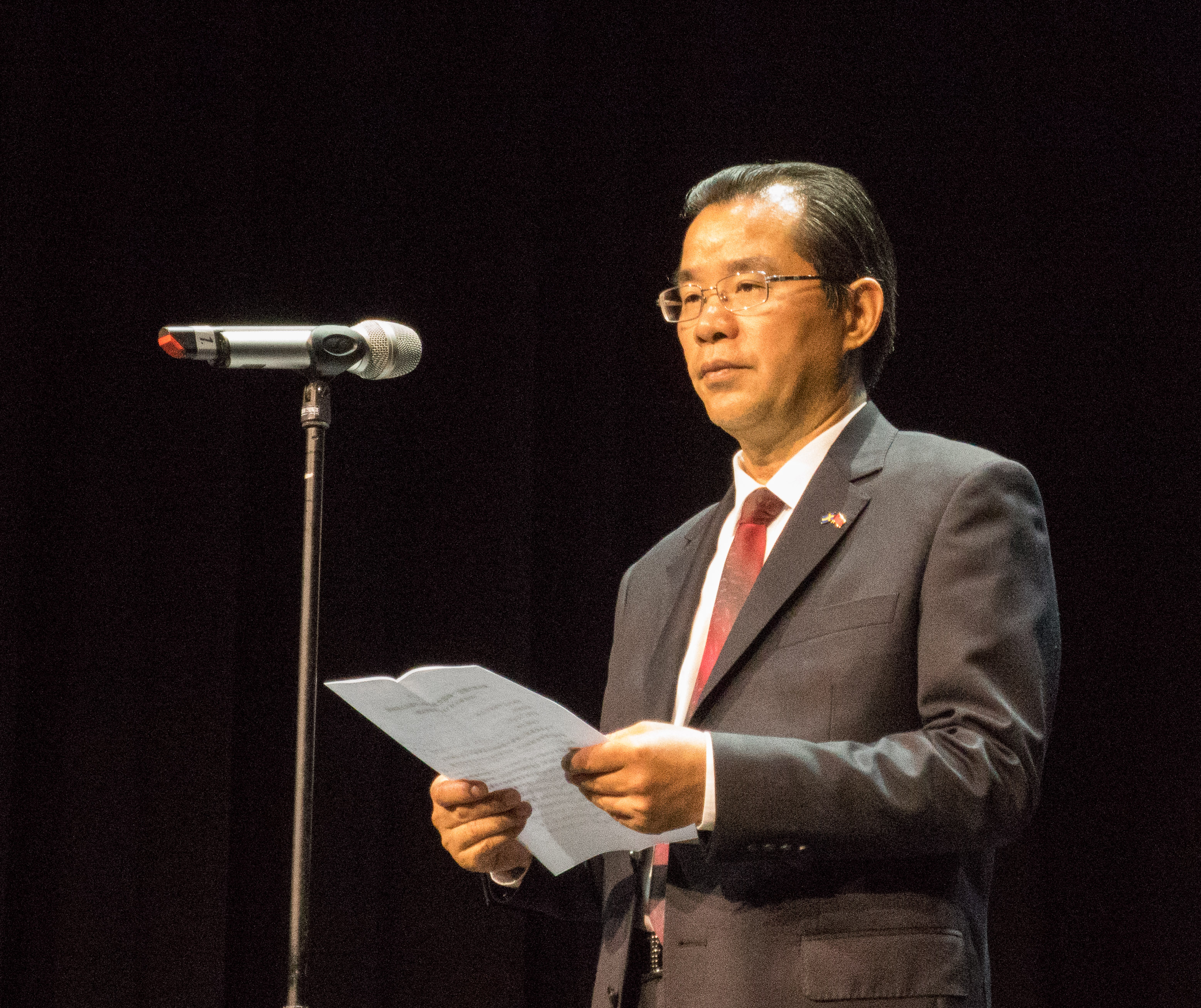 “I believe that many of tonight’s program are the best program of Chinese art, we didn’t see them easily in China. Thanks to Long Yongxiang, Chairman of China International Cultural Communication Center and Zhang Qiaozhen, President of Sweden-China Entrepreneur Association. ”

He said Sweden was the first western country that established diplomatic relations with China. This event can be seen as an important event in celebrating 68th anniversary of Sino-Swedish relations which fell on May. 9th.

He believed that this performance will surely be conducive to the friendly relations between Sweden and China and pushing bilateral friendship into a new development phase. 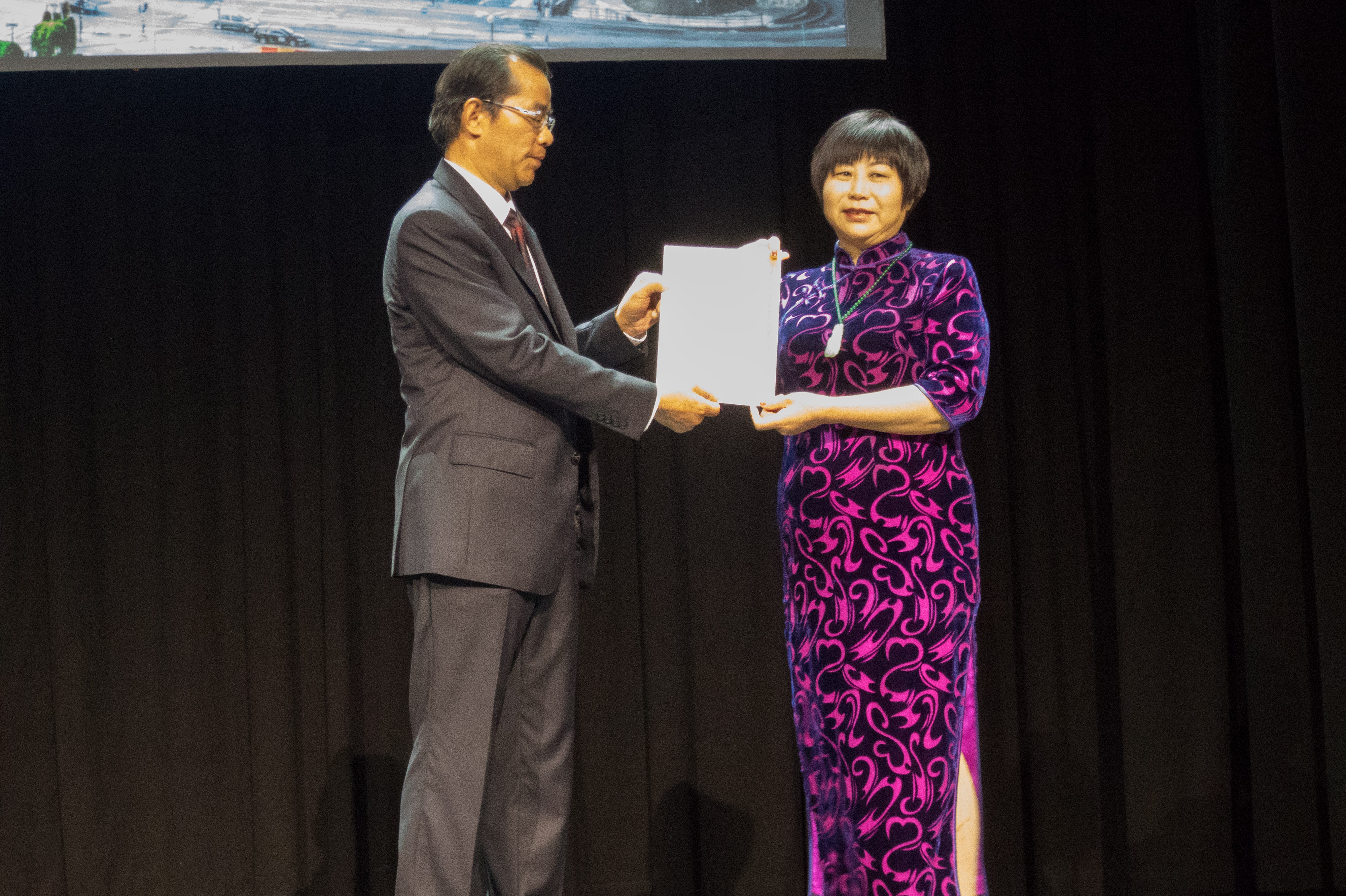 He issued an award certificate to Long Yongxiang, Zhang Qiaozhen, Li Xiaoying and Shi Yanbao for their contribution to Sino-Swedish friendly relations. 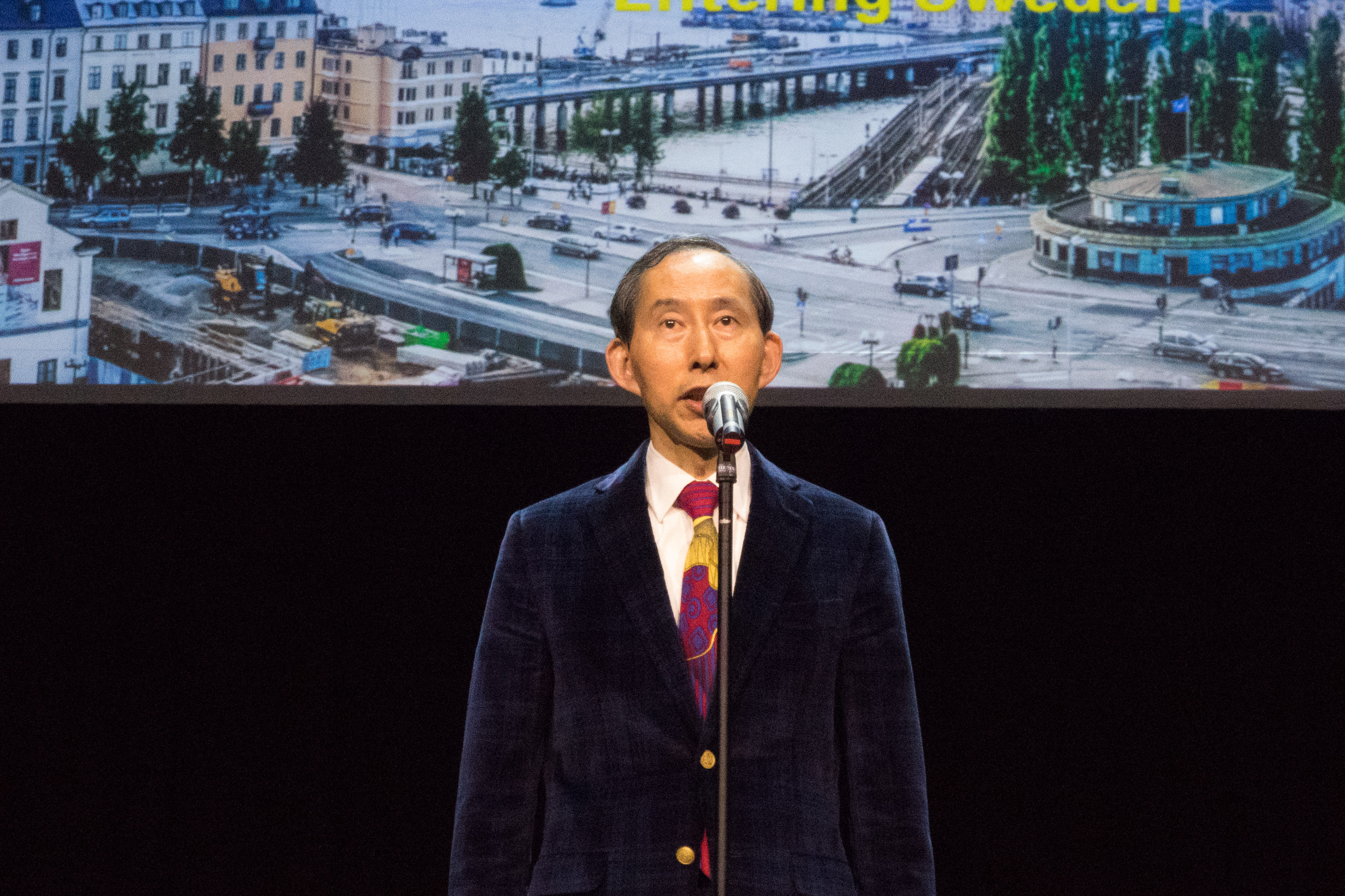 Long Yongxiang said his center is confident in spreading Chinese culture to the world and introducing advanced technology and culture to China. 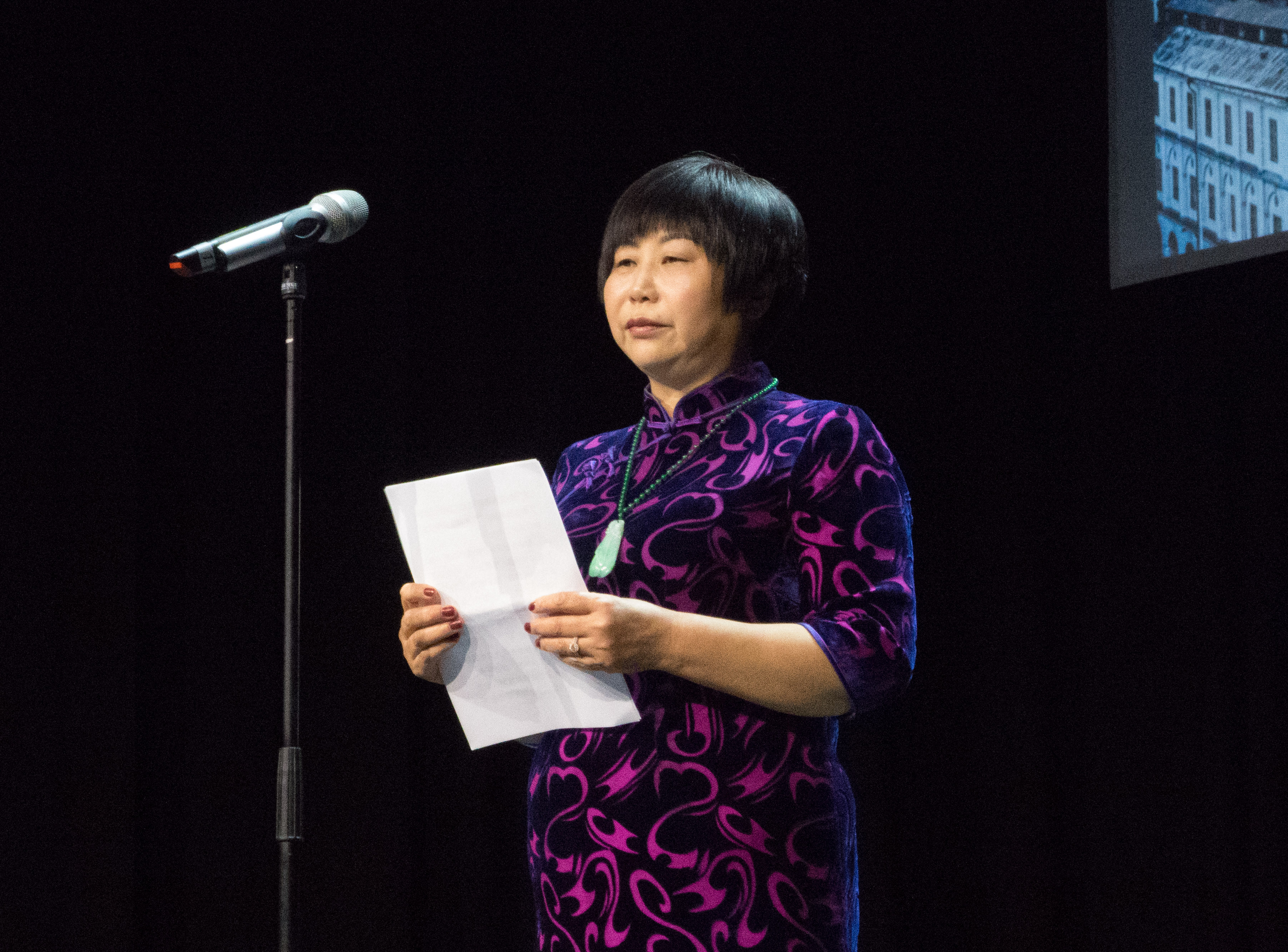 Zhang Qiaozhen said her association likes to promore Sino-European and Sino-Swedish communication both in culture and in life science, environmental protection, new energy and innovation. 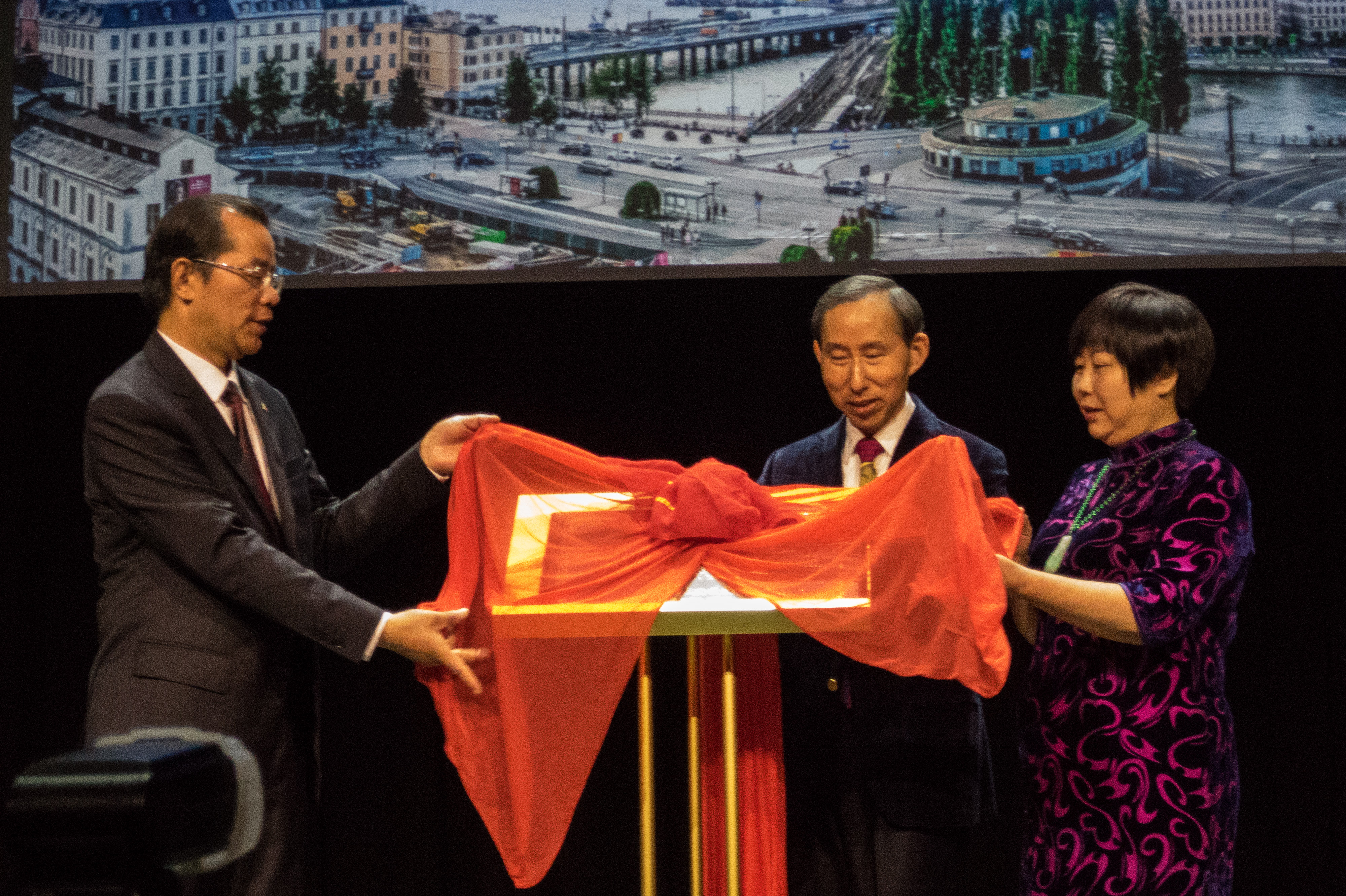 Meanwhile, Shenzhen International Exchange and Cooperaiton Fund’s Swedish office has unveiled its plaque which will sit in the office of Sweden-China Entrepreneurs Association in Stockholm. 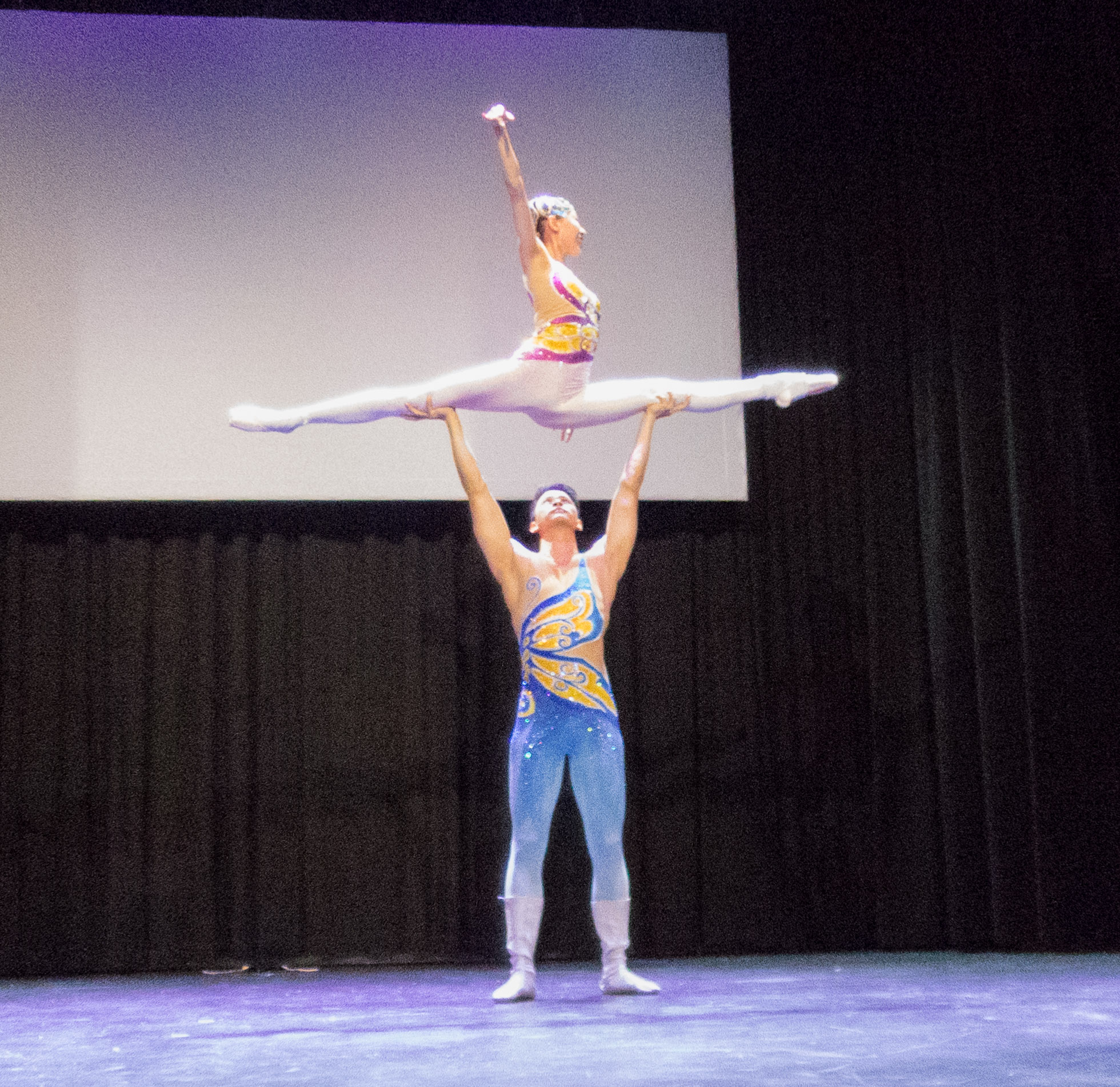 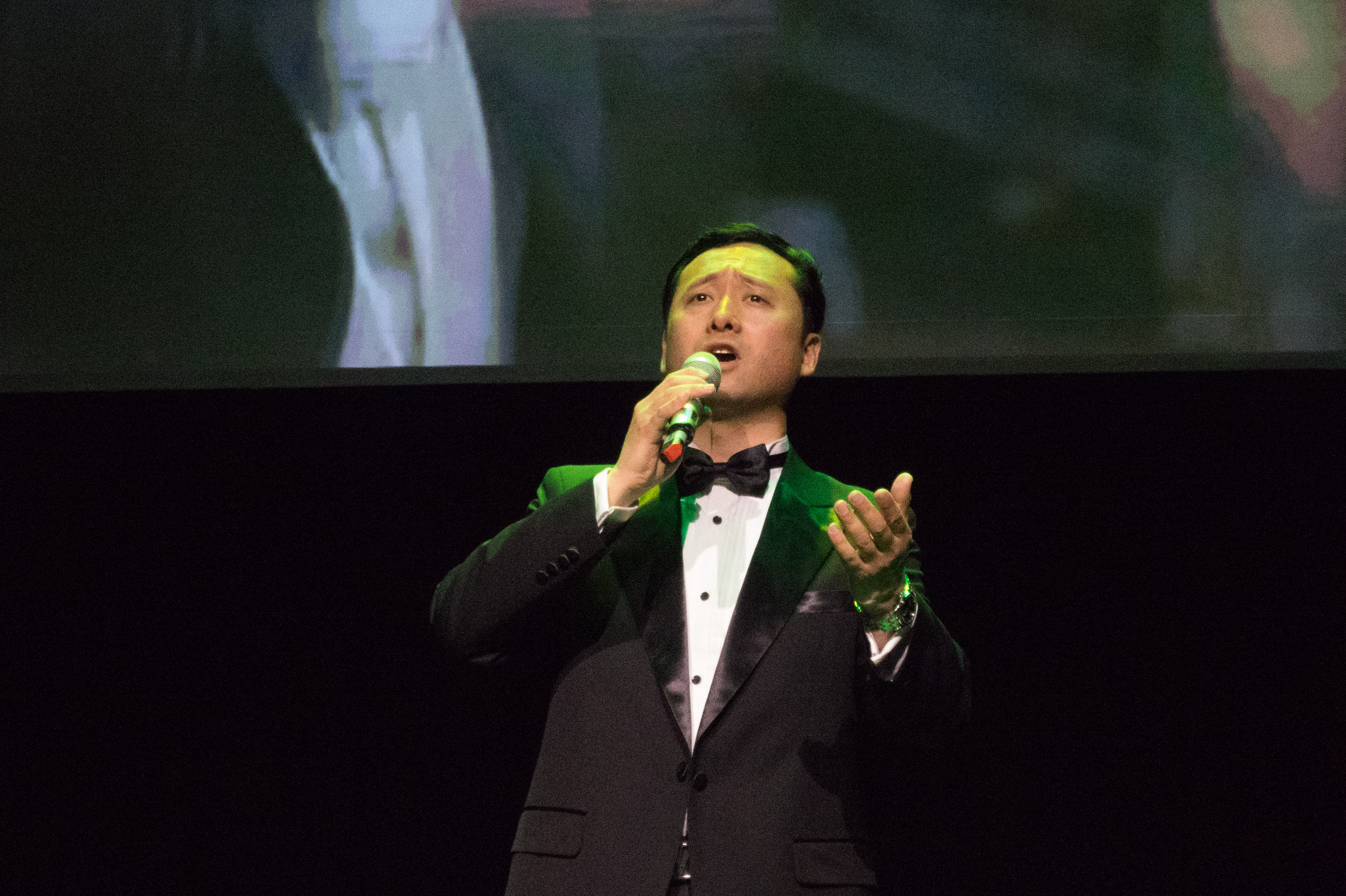 Professional singers and Shaolin Kungfu were also welcomed and impressed the audience. 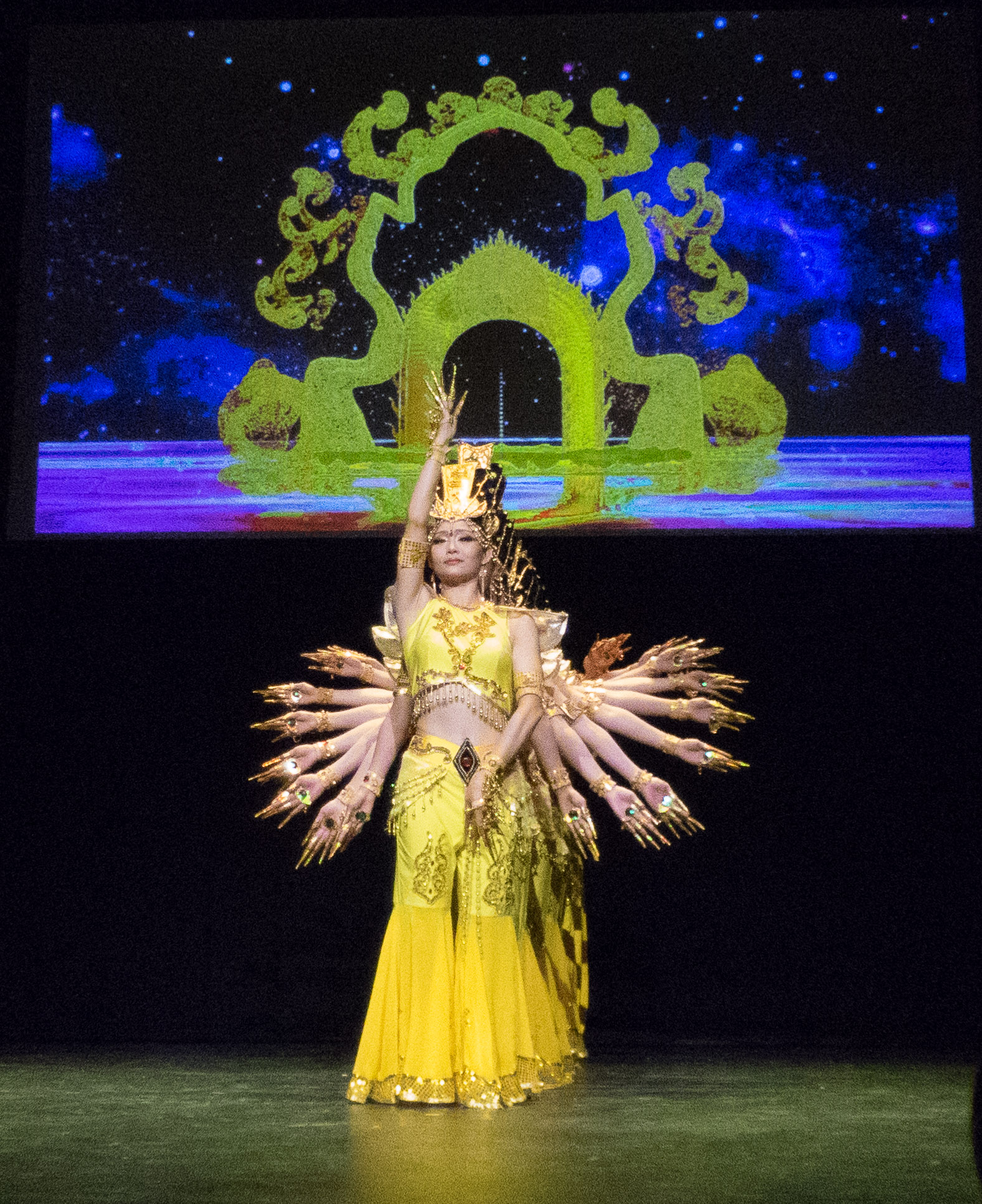 The performance ended with the One Thousand Hands Bhudda, the best classic program among Chinese and even in the world. 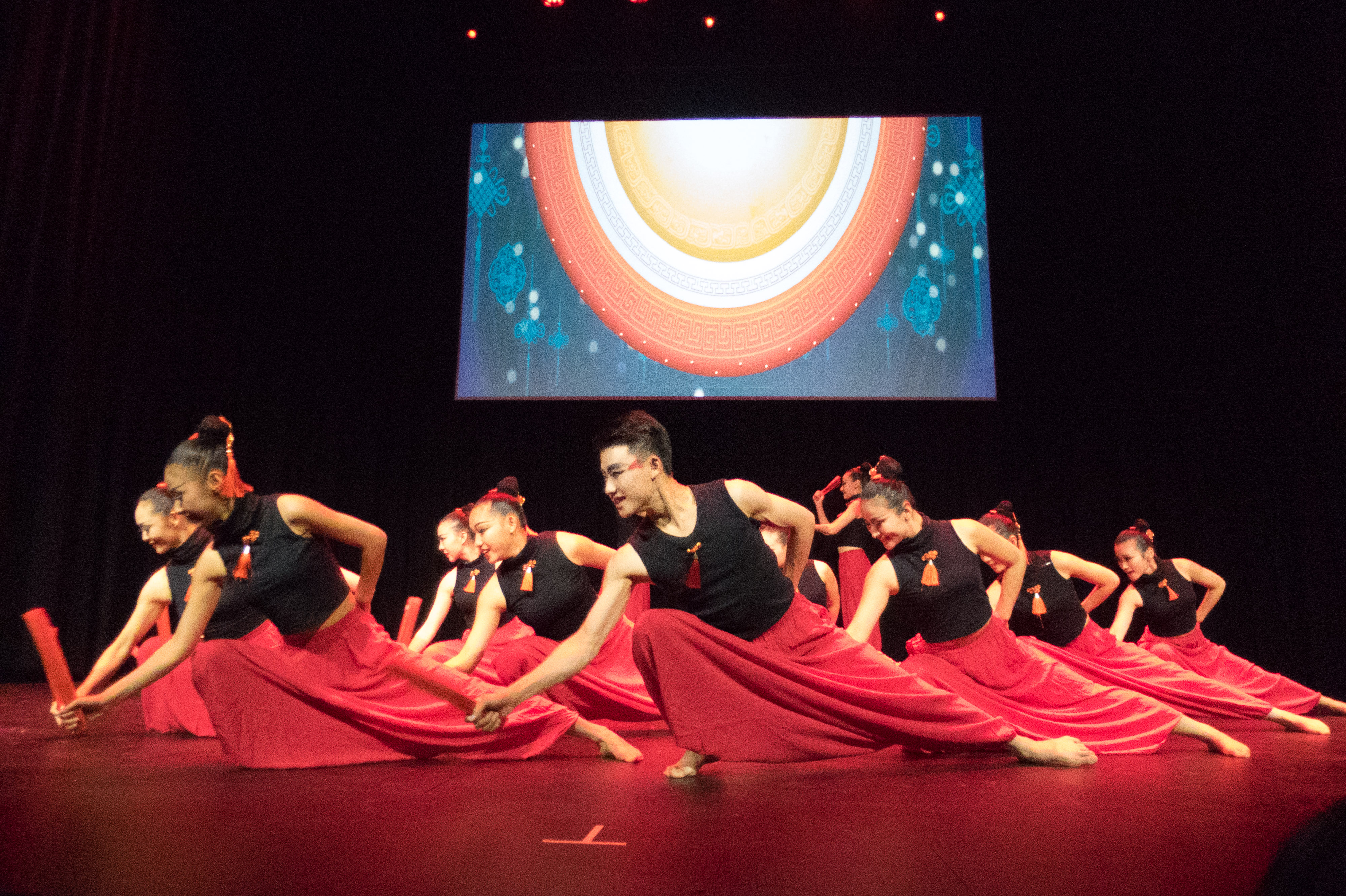 About 800 audience filled the theatre and gave warm applauses to the artists.  Since Chinese artists included disabled people, there are some disabled people among the Swedish audience too.

Boel Lindberg from the International Press Center said the artists are really good.

Many Chinese audience also thumbed up their thumb for the wonderful performances. 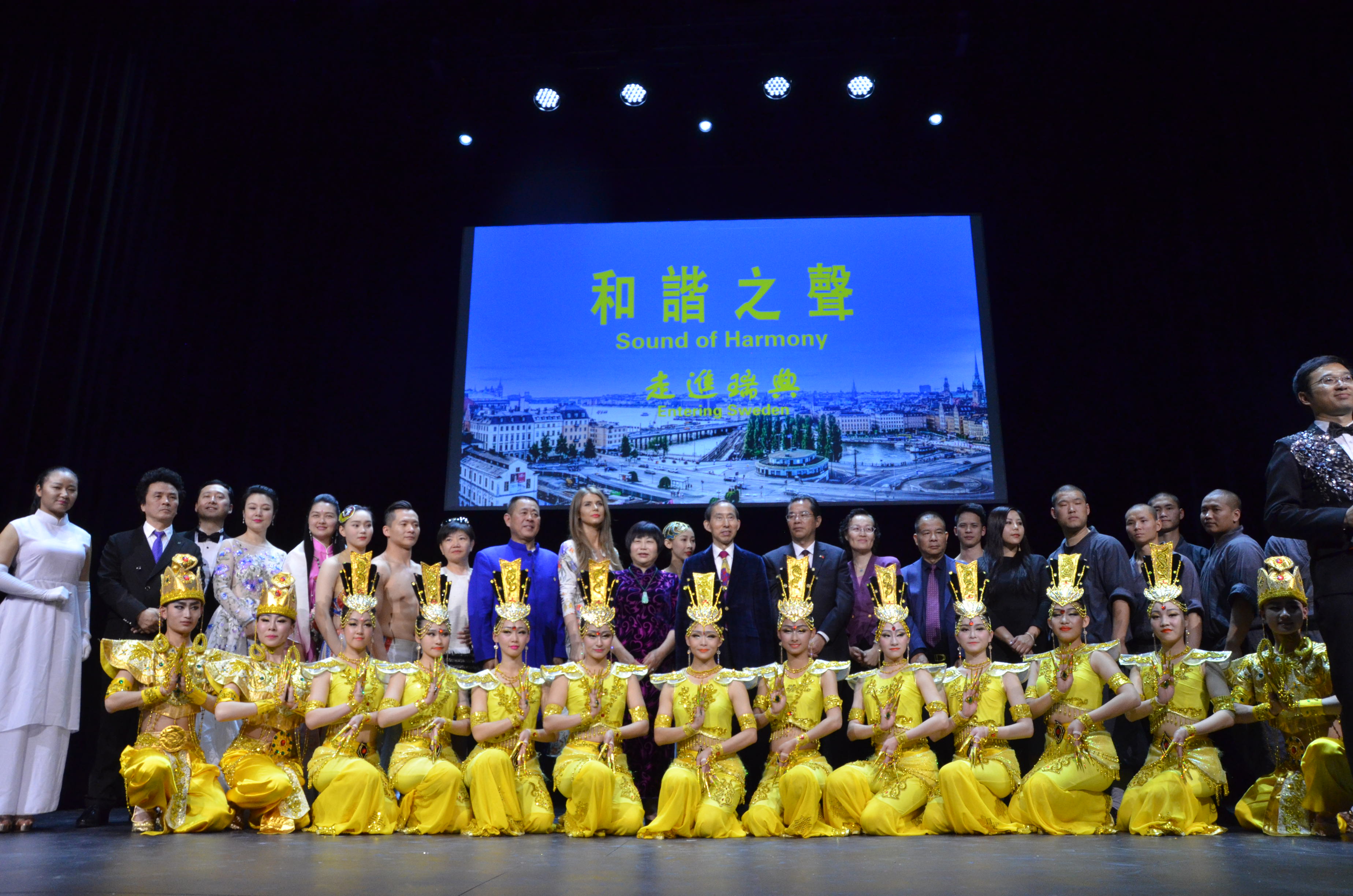 Ambassador Gui said the performance was a great success and he hoped the art troupe can visit Sweden again.