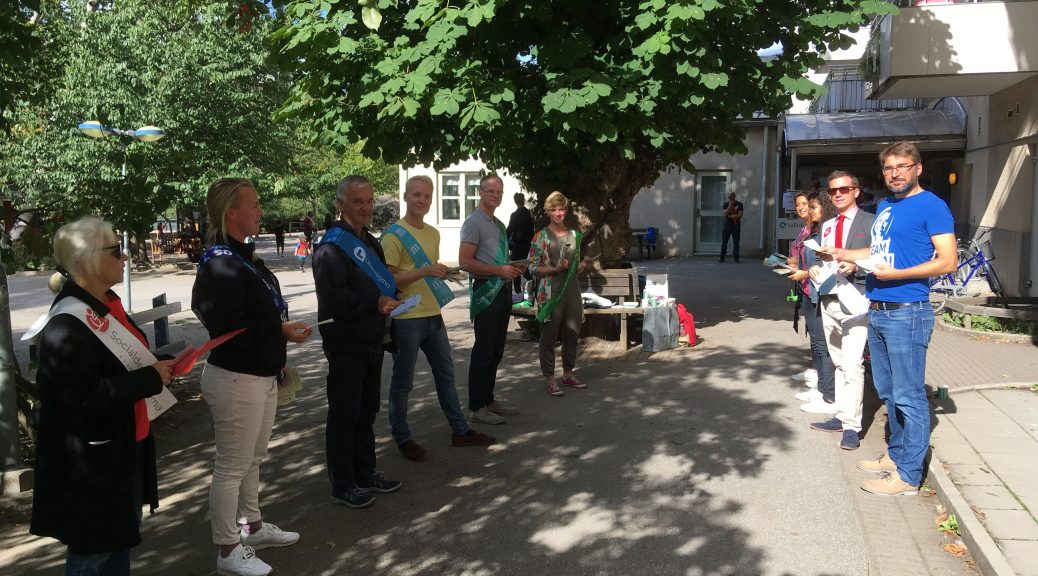 STOCKHOLM, Sept. 10(Greenpost)– Swedish people cast their votes yesterday on Sept. 9.  A total of 7.3 million people out of 10 million voted in 6004 stations with 36 thousand people working on election event.

About 85% of the eligible voters cast their votes.

The third is Swedish Democratic Party winning 17.6% of votes and 63 seats in the parliament.

The fourth is Center party 8.6% and 31 seats in the parliament.

The six is Kristian Democratic Party 6.4% and 23 seats in the parliament.

The final result will be announced on Wednesday when all the votes abroad have been calculated.

But how will that change the scenario,  it is hard to say.

So far, suppose what Social Democratic Party leader said holds, to woo Center and liberal party to join the red-green block,  also under the condition that the left party (who insists non profitable in education) is included, then Lofvin can make a cabinet with five parties of 193 seats.

Now Jimmie Akesson waved his olive branch to the Moderate Party leader Ulf Kristersson. If they join hands, those five parties can have 206 seats and became majority in the parliament.

Other possibilities are the two big blocks join hands and form a 286 seats majority. But in that case, either left or green could be left out.

But what will be final result? We shall still wait till Wednesday and if that day the problem cannot be solved, the election results will be dragged on to the end of the month.

It is time for Swedish to see the bigger picture and made wise decisions.  The good thing is that SD didn’t surpass M or 20%.

But it is said many of those who are abroad might support SD, if that is the case, we have to wait and see.

If SD can reach 20%, then they will very likely be in government unless the two blocks join hands.