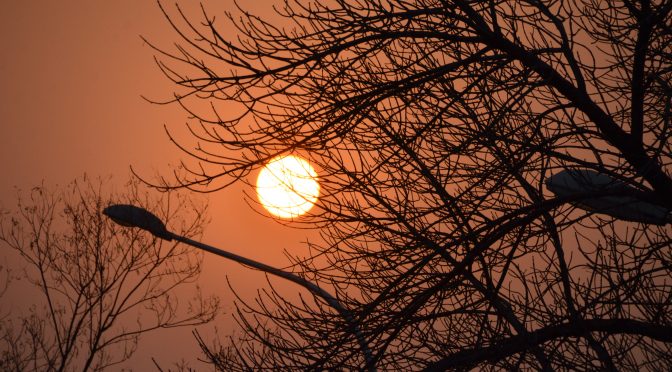 On a strategic level, explain the EU’s perspective toward China’s Belt and Road Initiative (BRI).

Frankly, there is no unified EU perspective on the BRI – at least yet. Strategic responses to the initiative are still being pondered over. Partially, this has to do with more urgent priorities, mainly Brexit, the Russian resurgence, concerns over populism, the migration crisis, and now the Catalonian crisis. But, it also has to do with the BRI itself  ̶  it is perceived as an insufficiently articulated concept. Subsequently they [EU members] find it difficult to come up with adequate strategic responses.

Enjoying this article? Click here to subscribe for full access. Just $5 a month.At the individual EU member state level, however, a large number of European members, mostly in the south, center, and east have already warmly embraced the initiative and have commenced cooperation. Evidently, this dichotomy in perceptiveness does not aid strategic decision-making processes in Brussels. One such example is the 16+1 framework. It is a cooperation framework of 16 Eastern and Central European states plus China, not all of which are EU members, that has resulted in bitterness in Brussels  ̶   they see the framework undermining EU unity. It is evident that the level of interest shown by (too) many EU states in the BRI will compel the EU to come up with strategic policy decisions on BRI engagement.

Which individual European countries are receptive toward involvement in the BRI and why?

Countries that have infrastructure deficits, domestic and (sub-)regional connectivity deficits, or pressing unemployment and economic growth challenges have typically been the most welcoming  ̶  this includes Greece, Spain, Italy, Serbia, Portugal, and Hungary. These countries have difficulty securing the financial means for large infrastructure projects domestically and through existing multilateral finance mechanisms, making them very receptive toward BRI involvement.

England has also expressed strong interest, partially driven by anxiety over the economic impact of Brexit, but also over worries of how the BRI may impact global finance over time. The Nordic community has shown little interest so far, partially due to the fact that they are economically developed, well connected, and “tucked away” in a corner of Europe that sees, comparatively, little transit activity. Germany and The Netherlands have shown interest and have commenced engagement, yet at the same time they are evaluating the BRI’s long-term strategic implications at the national and EU level. These are mostly related to economic security impacts, but also impacts on (sub)national and regional security among participating states.

What is the difference between the EU-China Connectivity Platform and the BRI?

The BRI is an immensely ambitious global connectivity and development vision that will – probably – run for decades. It already has over 65 countries on board that have either shown strong interest or are already engaged. In contrast, the EU-China Connectivity Platform is a policy forum that aims to create synergies between EU policies/projects and the BRI – mostly as they relate to cooperation on infrastructure, including financing, interoperability, and logistics. Therefore, the EU-China Connectivity Platform is, in comparison, very modest in size and focuses on projects between the two countries. At this stage, no projects with or in third party countries have been conducted.

What are the potential geostrategic consequences of no EU involvement in BRI?

No involvement would send a strong message to China and participating states that it [the EU] is not interested in joint economic development initiatives with China in Eurasia. Since the EU and China are the two largest economic entities in Eurasia, it is essential that they steward the continent’s economic development agenda. In addition, since individual EU member states are already participating in the initiative, no official EU involvement would create an awkward dynamic. In addition, it is important that the EU engages and helps to steward the initiative so that its own diplomatic, economic, and security interests are not threatened. No involvement would mean that China will, likely, develop larger sway in the continent on anything from investment standards, to supply chains, to trade routes, to diplomacy. This scenario may seriously impact the EU’s economic and security interests.

Explain how EU engagement in BRI might further its strategic interests in Asia.

Some of the challenges that the EU faces, including the migration crisis and terrorism, stem – partially – from Asia. As the EU goes through a historically unique, yet long and fragile process of integration it is pivotal that its neighbors and neighbors’ neighbors are stable and are developing sustainable economies. At the moment however, the EU is facing security challenges from essentially all directions except its north.

Asia, as the world’s most populous and economically largest continent is pivotal to the world economy, and thus the EU’s economic and security interests. A stable Eurasia requires closer cooperation between its largest actors, the EU, China, India, Japan, the Association of Southeast Asian Nations (ASEAN), and Russia. Distrust and competing visions for the supercontinent between these six will only result in friction and greater potential for (proxy) conflict.

It is quite safe to state that in terms of influence the EU has been losing ground in East, Central, and South Asia. The BRI is a platform on which it could possibly regain some of that influence, for instance by assisting participating states with the “softer side” of connectivity: national development agendas, business reform and socioeconomic policies. There are plenty countries in Asia in which there are concerns over overreliance on China through the BRI – the EU is an economic behemoth that could function as a counterweight.