Stockholm, June 8 (Greenpost)– I’m Ingrid, a documentary film by Stig Björkman has moved the audience very much at its premier for the professional film makers and cinema owners as well as journalists. 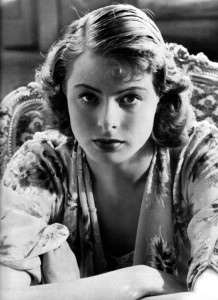 twice the best actress and once best supporting actress in

Hollywood was remembered by her children and the one who used to work with her.

Stig Björkman can be her biggest fan as he collected all her films,

pictures and many more.

Now with interviews with her four children and her diary, Björkman